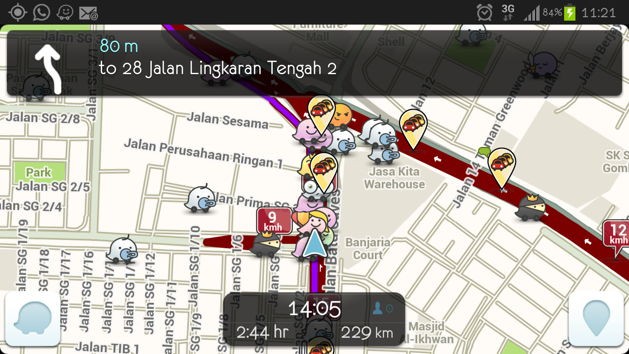 Hands up if you’re from Malaysia’s cosmopolitan capital! KL is a huge melting pot of cultures, and we locals have our own set of quirks and idiosyncrasies that you just wouldn’t get unless you’ve been living here all your life. If you’re a true city girl or boy, born and raised in KL, you’ll likely find yourself nodding your head and going “Yassss” to a couple of these. 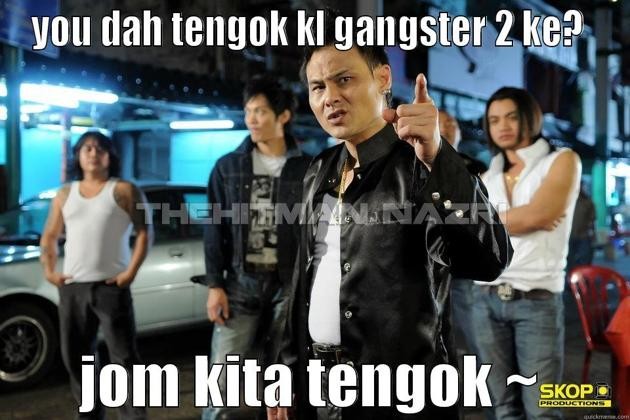 In a casual Malay conversation, you rarely use the Malay first and second person pronouns like saya, aku, kamu, awak and engkau anymore. Instead, you incorporate the English ‘I’ and ‘you’. I bagi you example, “You bawa baju untuk I nanti, okey?”

2. You’re not crazy about IKEA food 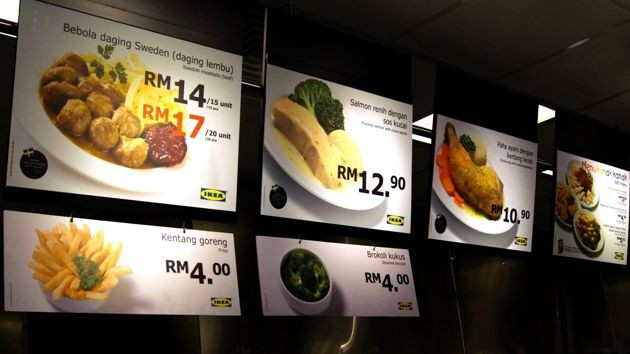 When you were little, IKEA was the funnest place to frequent with your family over the weekends – all that furniture to test out, all those surfaces to touch. After a round of shopping, you’d have your fill at the IKEA restaurant.

By now, you’d have eaten there so often that you’re sick and tired of IKEA food. Swedish meatballs and salmon? “Meh.” But you’ll still travel all the way to IKEA, because secretly you still want to touch all those pretty surfaces.

3. You won’t tell people where the food gems are in KL

I mean the legit stuff, not the stalls people pour in from outstations to taste. Only KL locals know the true hidden gems of the magical hawker food realm. You know that stall in the middle of a housing area, behind your school, behind your tuition centre, behind your college, in back lanes, and on the first floor of a shop house.

These are places which don’t even have online reviews. Who’d want your favourite childhood hangout to be swarmed by tourists, right?

4. You’re the master of the LRT 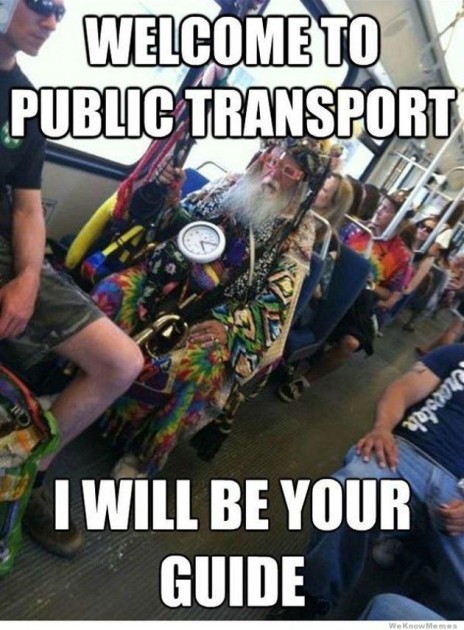 During your secondary school years, public transportation services like the KTM, LRT, Monorail and KL Rapid buses were your best friend when going out with your friends. Simply because they link major locations in KL and Selangor and you were too young to drive.

Use them often enough, and you should (hopefully) know the ethics and drill like the back of your hand. Buy your token, beep through the barriers and go to the platforms. Actually, you would have upgraded to a Touch n Go card by now, so tokens are a thing of the past. 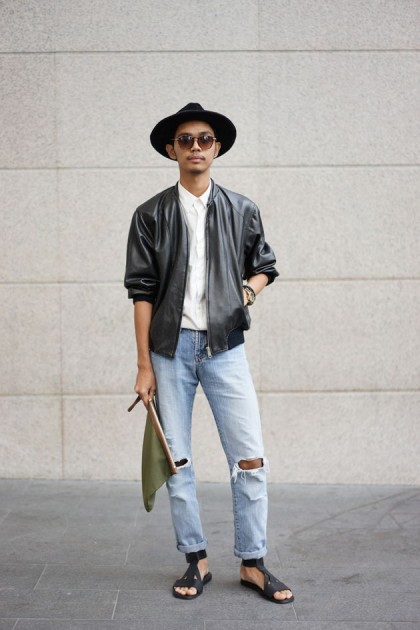 Men in KL know how to take care of themselves – from diet, workout, clothing to hair and accessories. They have business to do and partners to seek. Seeing a well-groomed gentleman gracing the streets of KL isn’t uncommon. Maybe you identify as a metrosexual yourself?

6. Touristy places are a no-go 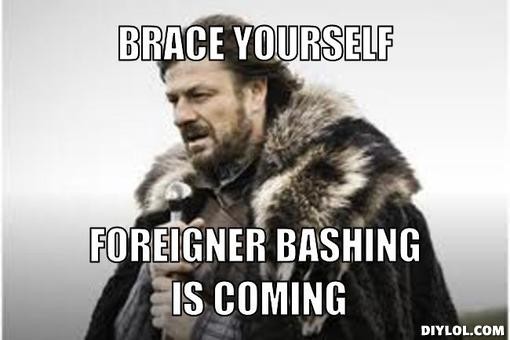 Petaling Street, the fountain at KLCC and Aquaria KLCC, Bukit Bintang, Pasar Seni, Masjid Jamek… the list goes on. These places attract thousands of visitors daily, but you wouldn’t be caught dead there unless you’re showing some outstation or overseas friends around.

Been there, done that. When you were a toddler. You’re over it.

7. A two-hour drive to Ipoh is nothing to you 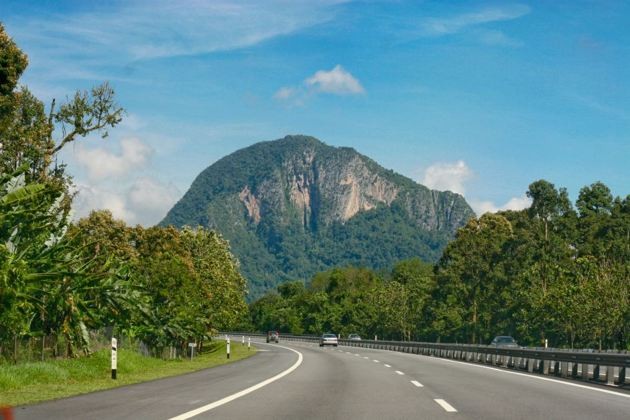 Oh yes, we’re talking driving in KL, because we have to. Being from KL, being stuck in jams for a couple of hours is an everyday affair, so you’re already numb to all the whole experience.

On your days off, a spontaneous drive to another city like Ipoh is easy peasy. 2 hours? Steady. Heck, 4-hour drive to Penang? Still steady. The mild Ipoh traffic is a breath of fresh air anyway.

8. You use Waze more to check traffic conditions than to get directions

You always have Waze on when you drive, but not for navigation. Waze is for you to make sure there aren’t any roadblocks, accidents, roadworks, or anything that may cause a traffic jam. Because honestly, you probably know the KL streets better than Waze does. 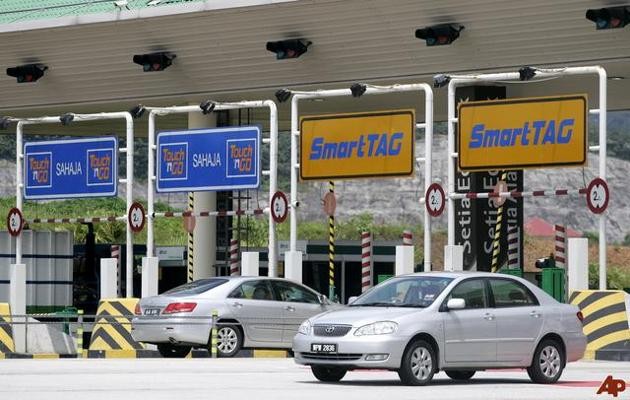 Why doesn’t everyone just get a Touch n Go or a Smart Tag? As a daily toll user, even the Smart Tag lane isn’t fast enough for you. But for now it’s the best option you have, and the more travel time you can save, the better. Besides, you weren’t brought into this world to spend half your life on the road.

10. Public holidays are your happiest days 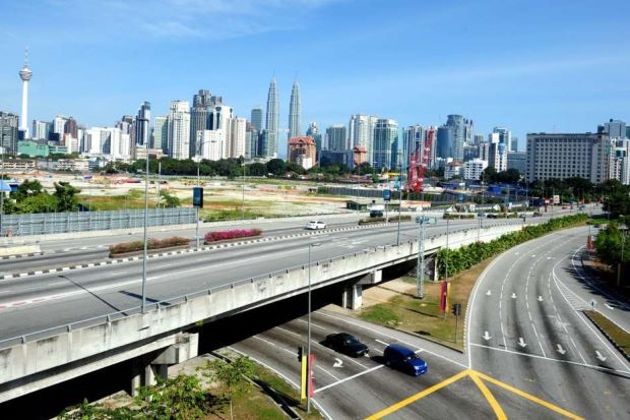 Chinese New Year and Hari Raya Aidilfitri never fail to put you on cloud nine. Clear skies and clear roads! Once everyone goes back to their families’ outstations for the festivities, it’s as if KL has been completely evacuated. You’re still around because you don’t have to balik kampung you just balik rumah, you’re from KL. And you can finally drive around like a true KL boss. Own them roads.

We’re from KL, and we’re proud

Of course, this piece is meant to be a light-hearted one, and not meant to stereotype our friends from KL. If you know of other habits that are unique to KL-ites we may have missed out, do share with us in the comments below, and share this article with your KL friends to give them a giggle.

I Did A Runcation In Okinawa And It Was Exhilarating. Here's Why All Singaporeans Should Try It.
10 Exciting Hands-on Activities You Can Do At The Arts Open House