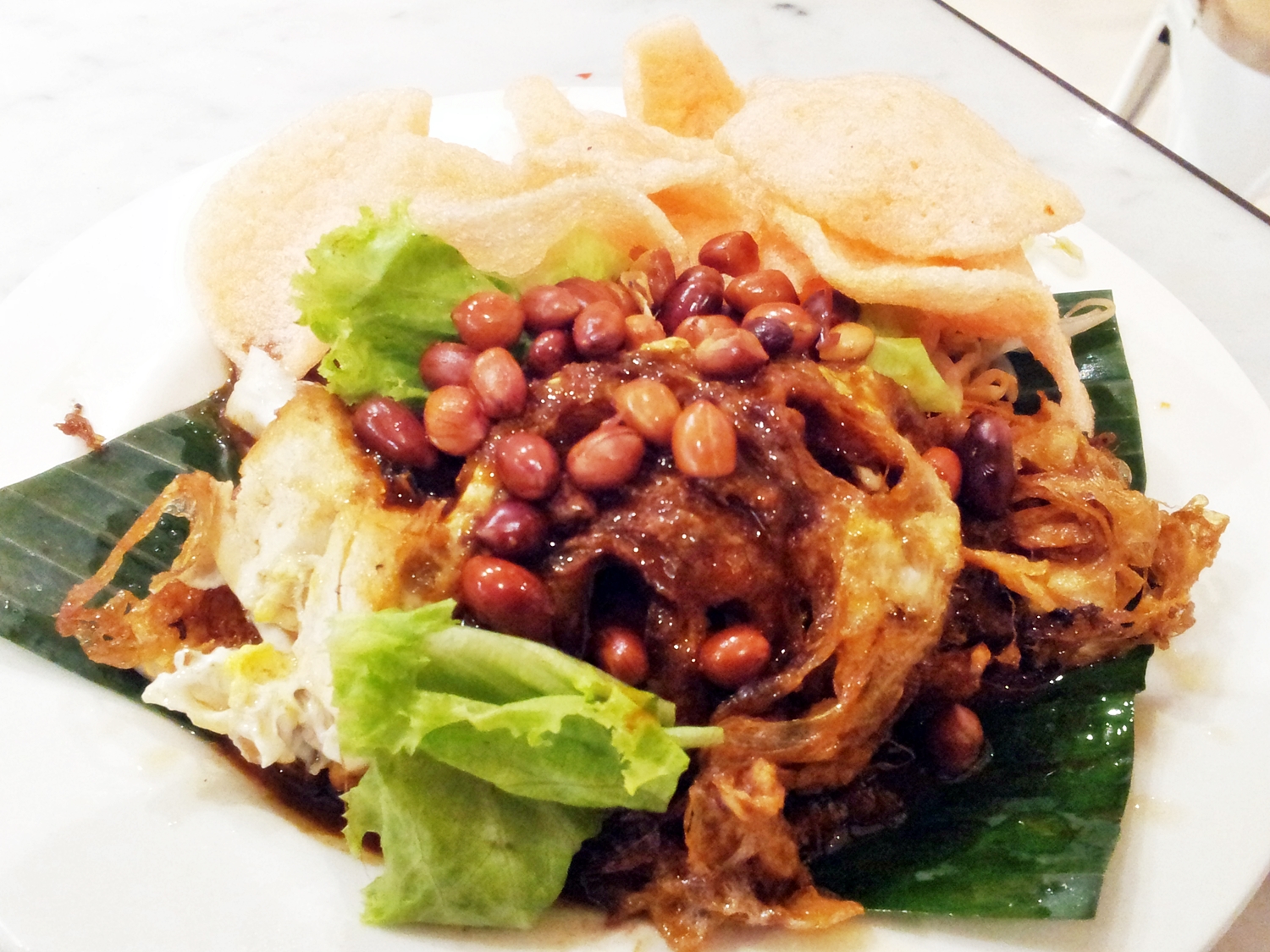 Food in Jakarta can be found in pushcarts along the streets, in cafes, mid-range eateries or fine restaurants. Meals typically consist of white rice, a salad or soup, a main dish of meat or seafood, and finished with a dessert. One dish meals are also very common. Ingredients that are commonly used include palm sugar, white rice, potatoes, rice vermicelli, coconut milk, shrimp paste, ginger, turmeric, galangal, tamarind, carp, tilapia, gurame, catfish, chicken, goat, mutton, beef, chili, peanuts and bananas. As most of Indonesia is Muslim, pork and beer is rarely consumed.

Breakfast in Jakarta is usually a one dish, sit down meal, accompanied by tea or a fruit juice. Busy office workers typically eat at pushcarts along the streets after work, while fried snacks are popular throughout the day. Local fast-food, usually a one dish meal of noodles or rice, is much more common than International fast food brands. Local desserts are plentiful, and range from savoury to sweet.

Beer Bintang is a locally brewed beer from Indonesia, and is closely associated with the Heineken brand of beer, even once incorporating the Heineken name in its branding. Bintang Pilsener is the flagship beer, often served in bars in Jakarta, while Bintang Zero is an alcohol free, Halal beer, which caters to the majority of Indonesia.

Tastes exactly as expected, Coffee Soda or Kopi Soda is an aerated soda drink with coffee flavouring. Surprisingly, there isn’t much of a bitter sugary aftertaste.

Dragon Fruit is grown locally in Indonesia, and both red and white variaties are available as fresh fruit, or blended as a drink.

Gado Gado is a traditional savoury salad, served as a one dish meal from street side pushcarts, or as an appetizer before the main dish in restaurants. The version in Indonesia tends to be more spicy and savoury than the version in Singapore.

Similar to Gado Gado, the difference with Karedok is that is uses raw vegetables, while Gado-Gado uses boiled vegetables. Karedok also includes additional vegetables such as eggplant, basil leaves and sand ginger (Kencur).

Kecap Manis is a popular condiment and dipping sauce in Indonesia, and is a thick, sweet soy sauce. Kecap Manis is unique to this region.

Mie Tek Tek is named for the sound made by travelling street food vendors hitting their wok to attract attention. Functionally, the ingredients in Mie Tek Tek are similar to Mie Goreng, with the exception of a more liberal use of chicken stock, resulting a a gravy instead of being served dry.

Nasi Uduk is a traditional dish which originated in Jakarta, and consists of white rice cooked in coconut milk with shallots, clove, pandan leaves, cassia bark and lemongrass. Nasi Uduk has a rich, oily texture and a strong fragrant aroma. It is often served with various side dishes.

A spicy chili base condiment, there are over 20 different variaties of Sambal Belacan, with some estimates putting the number at 300 variaties.

Popular in Indonesia as well as Singapore, Sate Ayam, or Satay, is a common street food. The difference between the version in Indonesia is that the meat is basted with peanut sauce, which results in a sweeter, nuttier flavour, while the version in Singapore tends to have a more natural meaty taste.

Sosis Solo originated from Central Java in Indonesia, and consists of a wheat flour, chicken eggs and coconut milk pastry casing which encloses a savoury filling of minced beef meat, bay leaves, salt, pepper, palm sugar, onions, garlic and coriander. Sosis Solo is deep fried, and usually served as an appetizer or as a snack.

Teh Botol is a brand of bottled sweet jasmine tea produced by the Indonesia company Sosro. Teh Botol has achieved a pop culture status in Indonesia, similar to how Coca-Cola is a symbol of America. 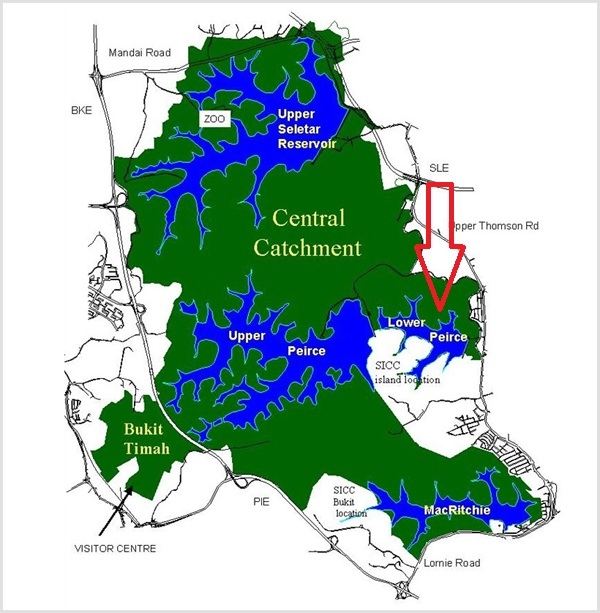