Unless you have been living under a rock, you would have noticed Giraffes’ taking over profile pictures of your friends and family over the past week. It was a epidemic that spread throughout my contacts like wild fire and I had no clue what it was all about! All that was about to change when somebody finally “popped the question”. No rings are involved in this particular one, just a Giraffe. That was the moment I converted the religion of Giraffe(like important stuff, the first letter should always be CAPS). Then it hit me. My new religion gave me a Zen-moment where I saw my future flash before my eyes and this moment of clarity made me realize my calling in life – to convert more lifeless souls to Giraffe. With my new lease on life filled with purpose and direction, i set forth on my noble journey. I knew the road will be arduous but even if I should die trying, I shall fall as a martyr of Giraffe. 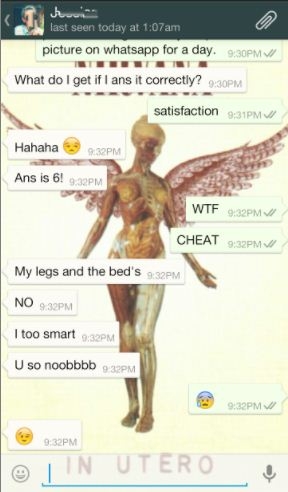 I encountered those who thought they were too smart for Giraffe those who had lost their faith 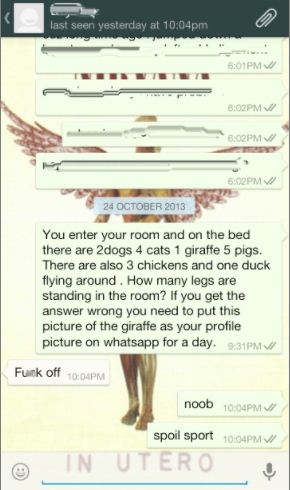 I was bitterly devastated, although used to setbacks, this was the biggest blow I had ever encountered in my life. All I needed was a sign from Giraffe that I was doing the right thing. Utterly defeated, I made a one final effort and I managed to convert my first Giraffeist aka. a follower of Giraffe. 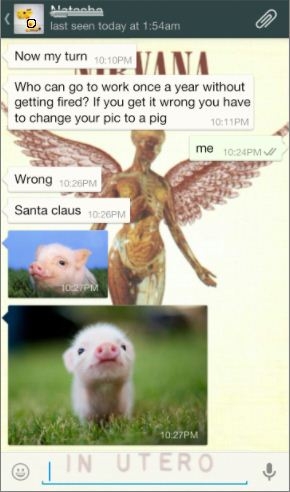 although I was successful, this Pigist believed in polytheism and tried to convert me to Pig

But alas my first taste of success was met with a bitter aftertaste.. 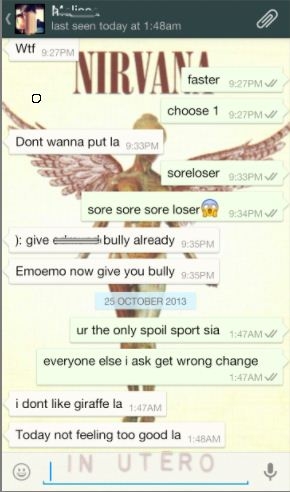 (and no caps too)

I decided not to be corrupted by non-Giraffeists’ so I deleted them off my contact lists and blocked them. I was a bona fide priest of Giraffe. 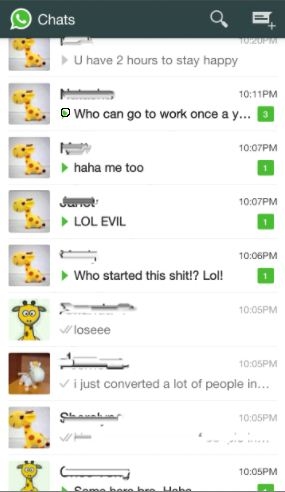 We have loyal Giraffeists’ everywhere converting the soulless so look out for us!

(p.s For those who still don’t get it – Having a Giraffe)