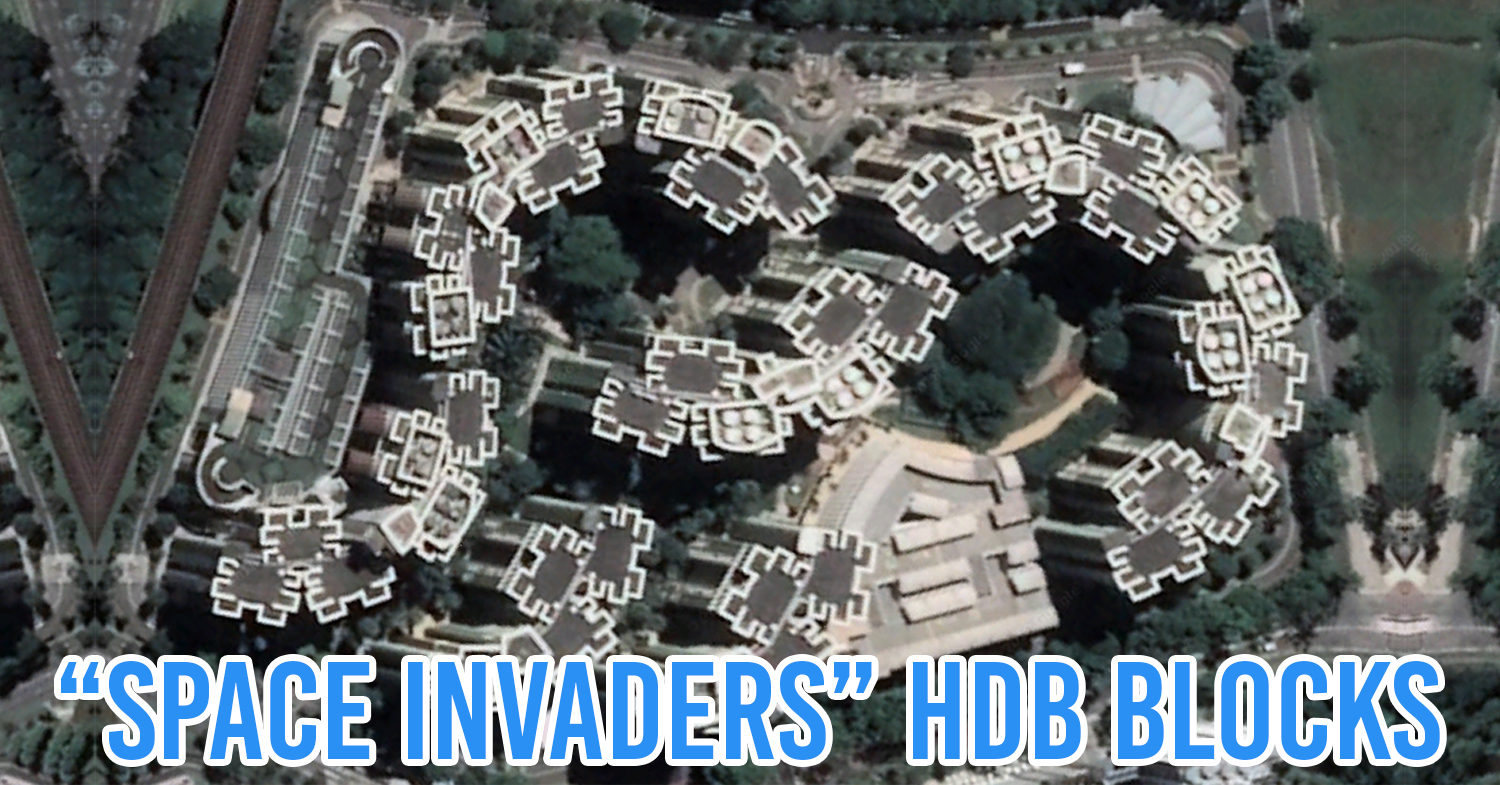 Chances are, many of us can’t find our way around faraway locations without searching them up on Google Maps and having its soothing dubbed voice lead us to our destination. There’s so much you can do with the app beyond the typical quest for convenient routes using the 2D map view.

Browse through Google maps in the 3D satellite function and you might just find surprising locations worth exploring or uncharted territory. We compiled a list of 11 undiscovered sights in Singapore that you’ve probably never heard of before. 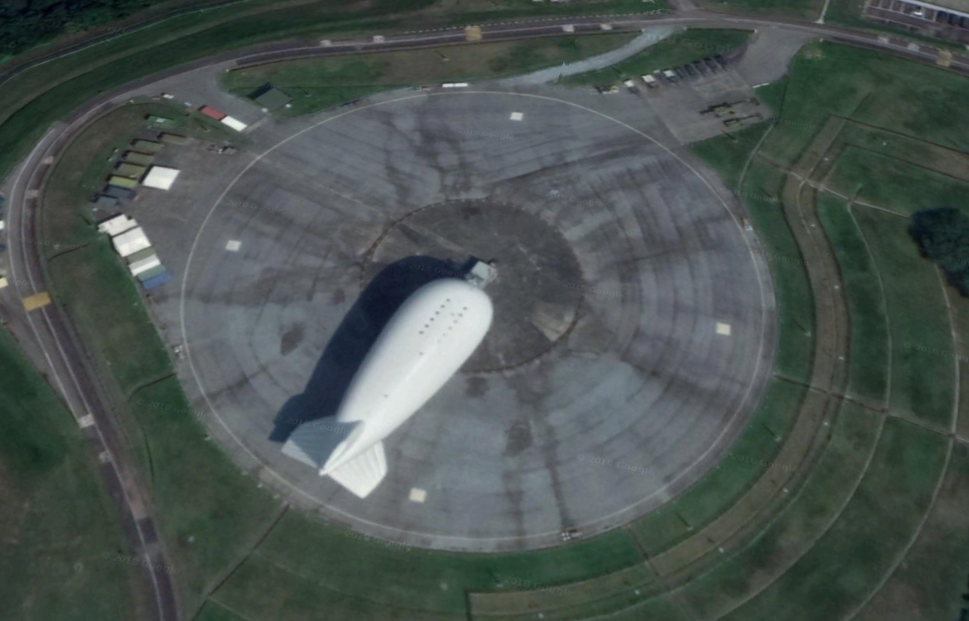 This screengrab looks like an atomic bomb in a 50s war thriller – all it’s missing is a black and white filter. But before you start conjuring crazy conspiracy theories over this peculiar sight, don’t worry – it’s harmless.

Known as the RSAF Aerostat, the Singapore Air Force uses this giant helium-filled balloon as a patrolling device around Singapore’s air and seas to keep us safe. 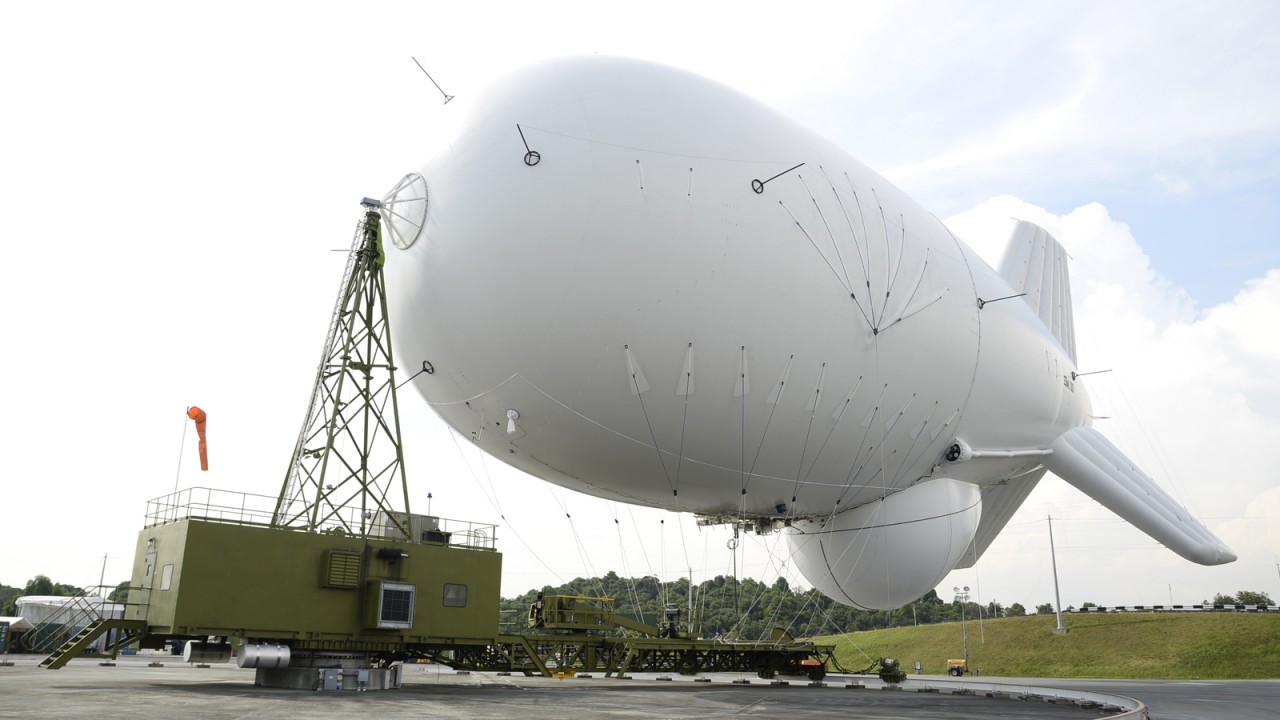 The balloon is shaped this way to provide support to the attached monitoring devices and allow for more streamlined movement.

2. Fragments of the Berlin Wall at NUS 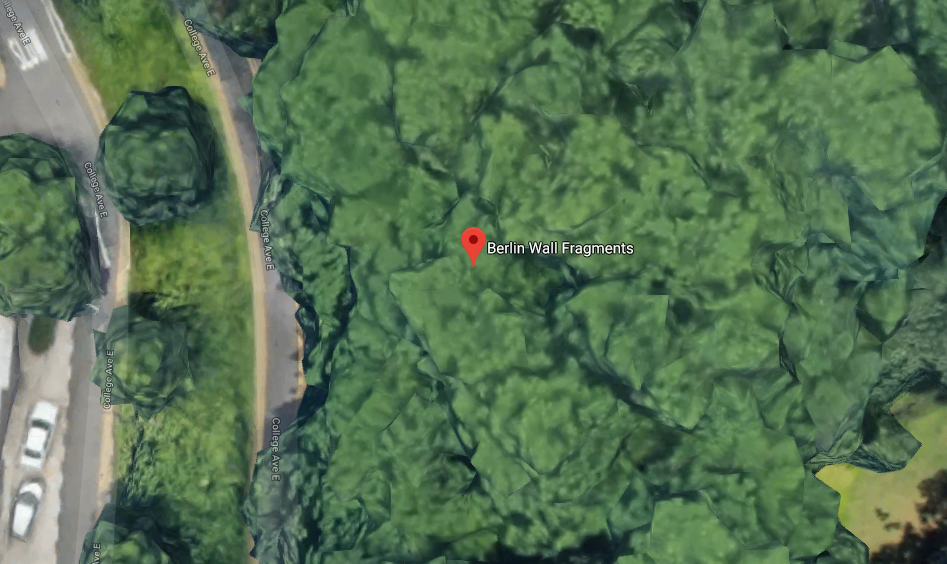 Hidden deep in the crevices of National University of Singapore is a hill which leads up to two towering fragments of the Berlin Wall. Yes, the Berlin Wall was imported all the way from Germany and displayed in NUS as a gift symbolising the strong bilateral ties between Singapore and Germany. 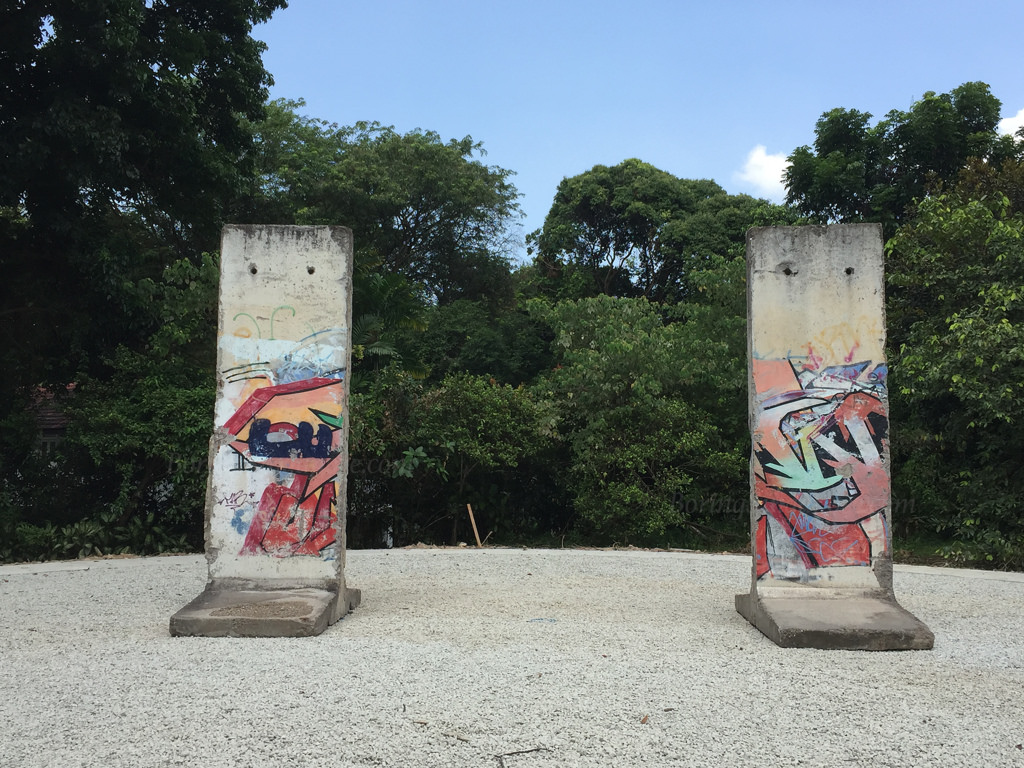 The graffiti on these wall fragments are decades old – the result of vandalism on both East and West Germany fronts before the end of the Cold War in 1989.
Image credit: Boring Singapore

Few people know about this public exhibit save for NUS students who see it as a chilling spot. 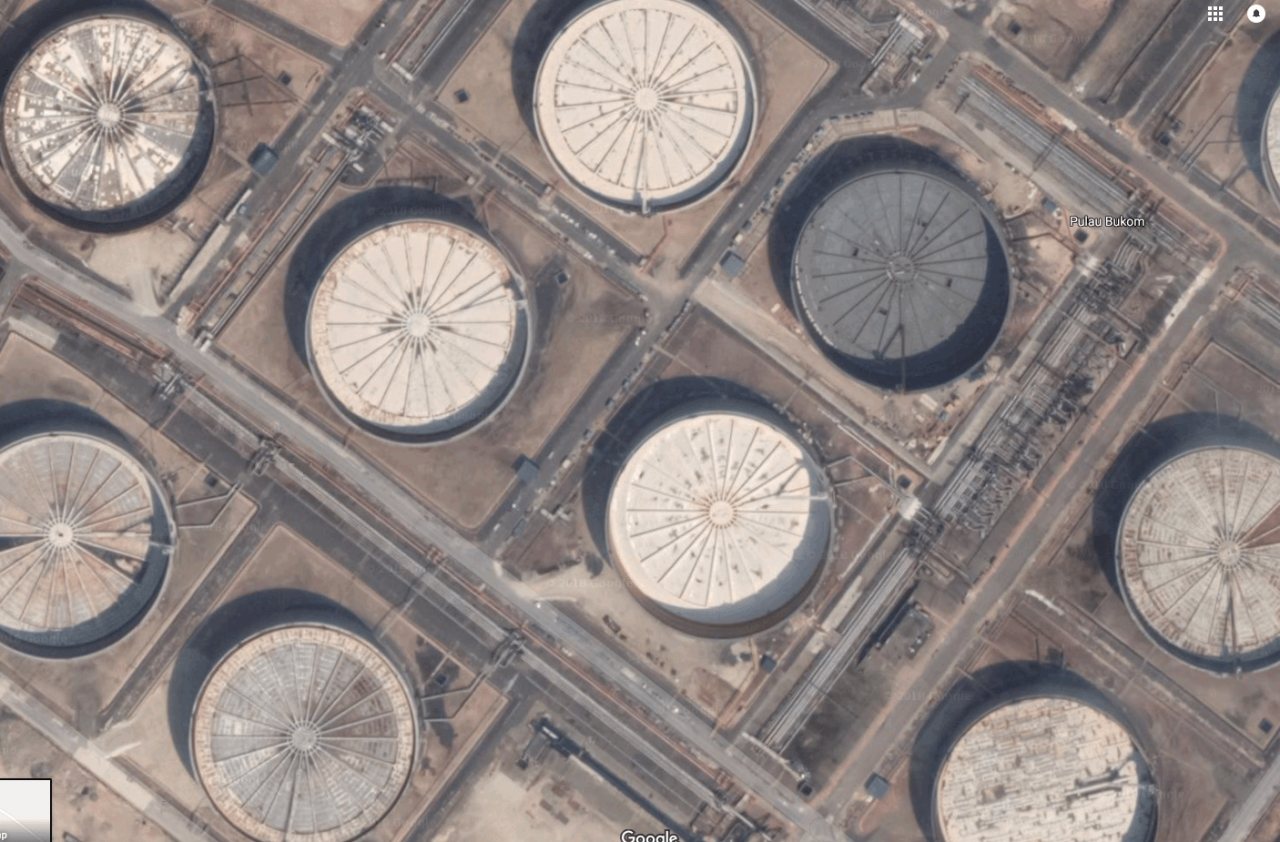 Jurong Island has plenty of these large circular containers that look like they were taken straight out of the Star Wars desert planet Tatooine. The ones in the screengrab above are actually massive petroleum tanks owned by Shell.

4. Junk Island at the south of Sentosa

The name of this island raises eyebrows for the easily amused, but the “junk” in Junk Island refers to a large Chinese voyager ship as opposed to the more frequently used term for trash. It’s located 6km away from Sentosa.

Legend has it that a Chinese junk was attacked by Malay pirates at the exact location of the island 129 years ago. When the pirates attempted to board the junk, the captain woke up from his beauty sleep and shouted so loudly that a sea spirit turned the entire junk into an island. 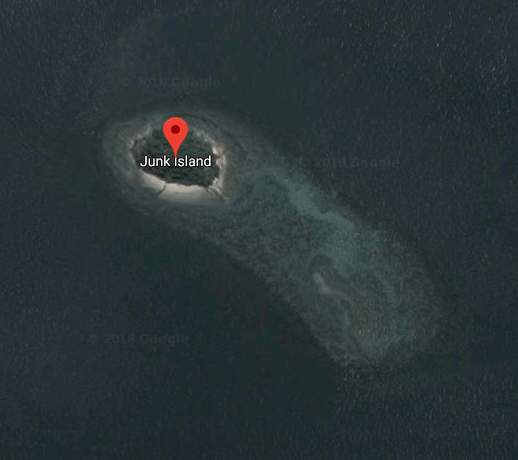 Comprising mostly of cliffs and reefs, the island is largely inaccessible to the public. One man did a private expedition and found that the island is only inhabited by insects, spiders and the occasional bird. 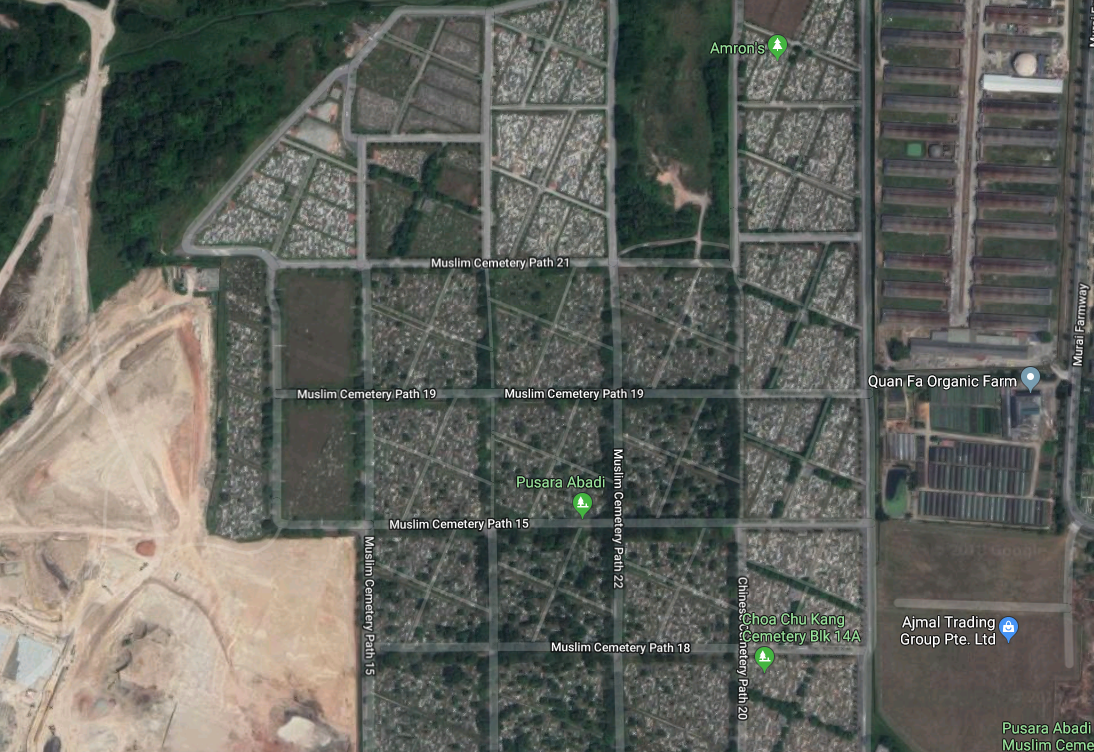 At Lim Chu Kang, you’ll find rows of Muslim graves lined symmetrically, facing the East. The graves are positioned in such a way that the heads of the deceased face the holy land of Mecca. 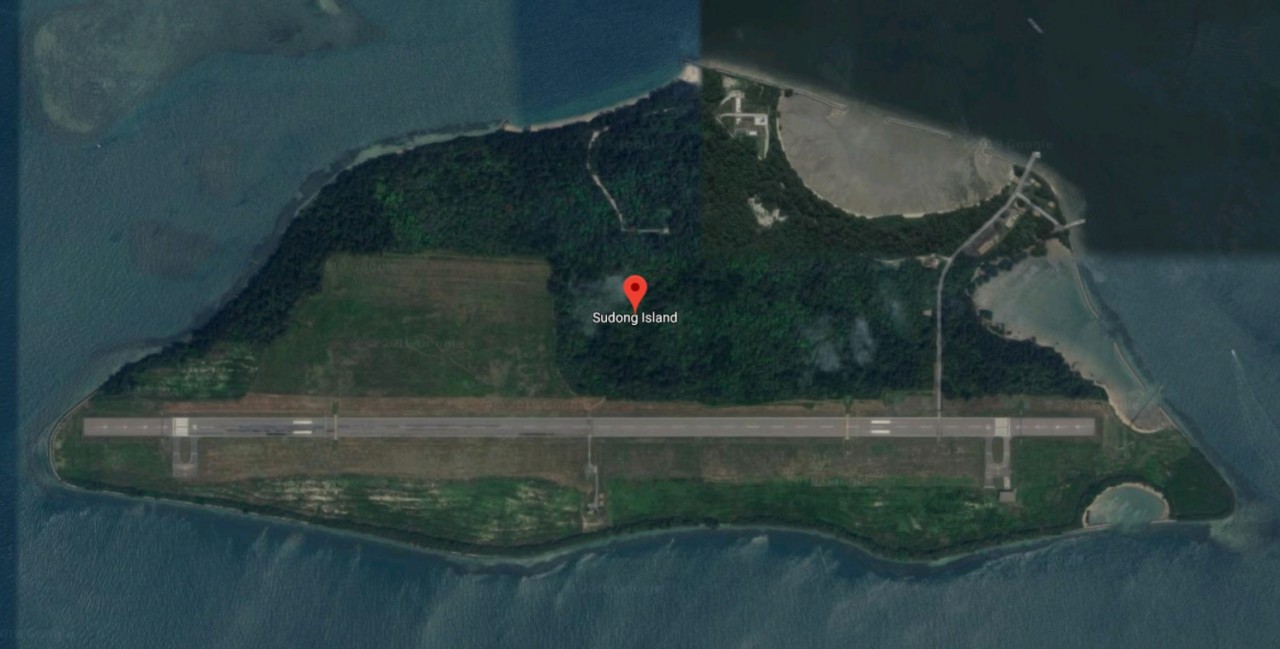 Check out this mysterious secret runway on Sudong island. There are a lot of speculations as to what this runway is used for in online forums, but it’s actually just an emergency landing dock for military aircraft under the Singapore Armed Forces.

Since it’s under the SAF, it’s restricted territory. 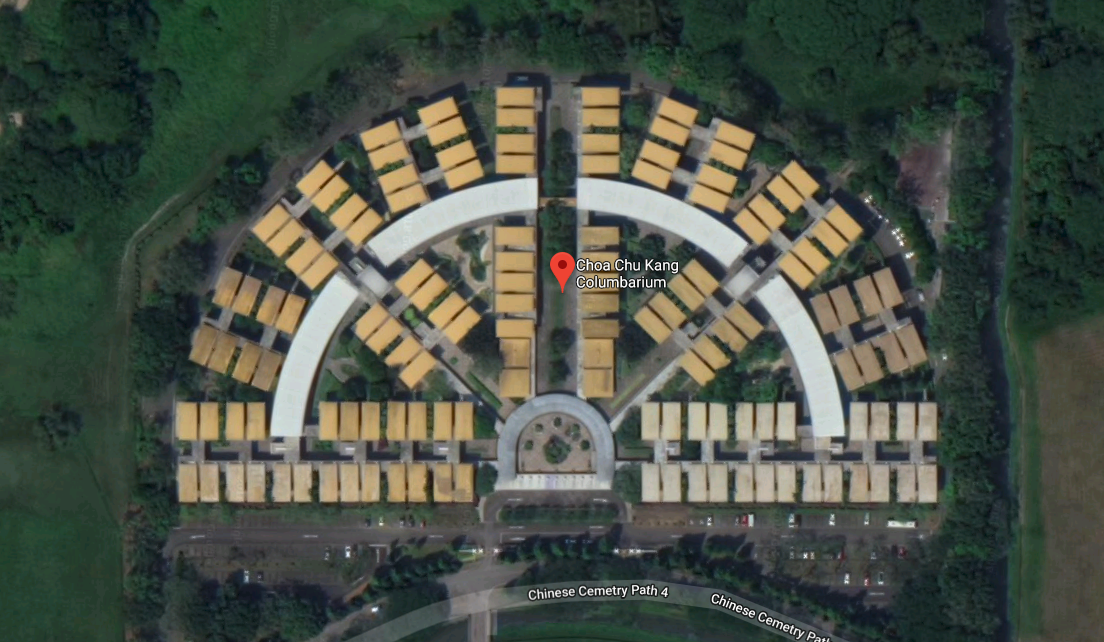 What it looks like: Your scary math teacher secretly constructed this protractor look-alike on Google Maps to remind you of the time you failed her math test in secondary school.

Reality: Choa Chu Kang Columbarium is where the ashes of many our loved ones are laid to rest.  During Qingming Festival, throngs of visitors come to pay their respects to the deceased, bringing chrysanthemum flowers to symbolise grief.

In 1997, the ill-fated SilkAir Flight MI185 plunged headfirst into the Musi River in Indonesia. None of the 104 passengers and crew on board survived the crash.

21 years later, no one knows exactly how the plane ended up in a vertical descent to its demise – save for speculation that the pilot, who was knee deep in debt, intentionally caused the crash to escape his financial situation. 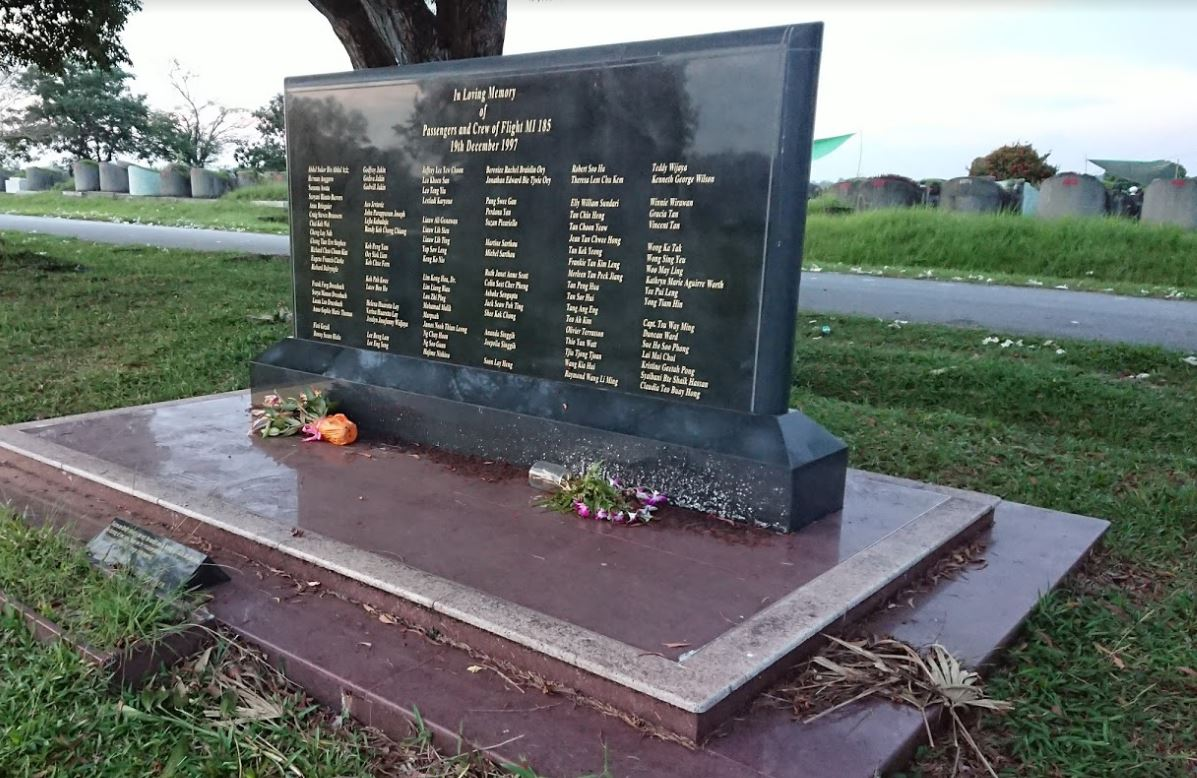 This somewhat obscure landmark along Chinese Cemetery Path 9 is where a memorial for the tragic incident stands. On it lists the names of every passenger on board. You can actually visit this memorial to pay your respects since it’s open to public. 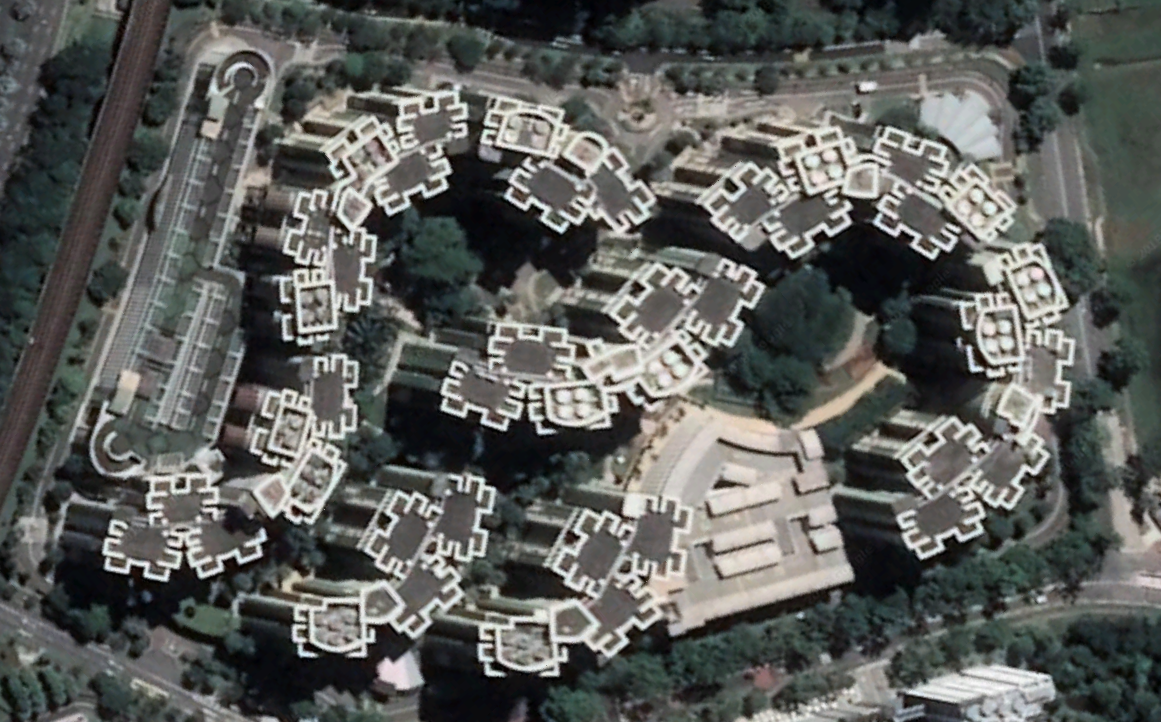 *Cue retro cyberpunk instrumental music* The classic 1978 Space Invaders arcade game lives on through blocks 685-687 at Woodlands Drive 75, which have an uncanny resemblance to the little alien bots. Cute. 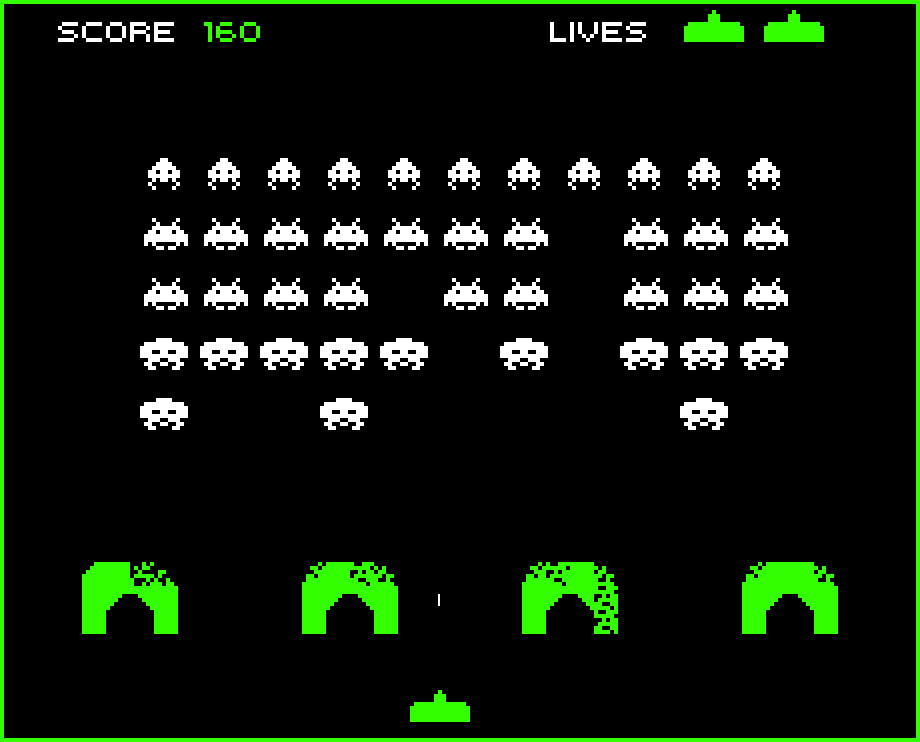 10. Random plot of rectangular land in the middle of the sea 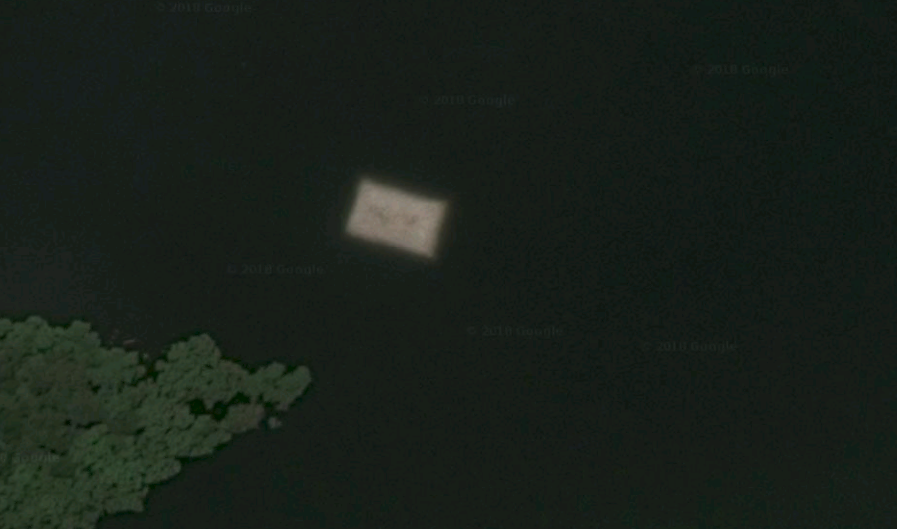 Perplexed and curious, we did some high level investigation with Street View and Pegman – the yellow human icon you can drag and drop to see how an area looks in real life – and our conjecture is that this rectangular plot off Sungei Buloh Wetland Reserve is most likely a floating house. 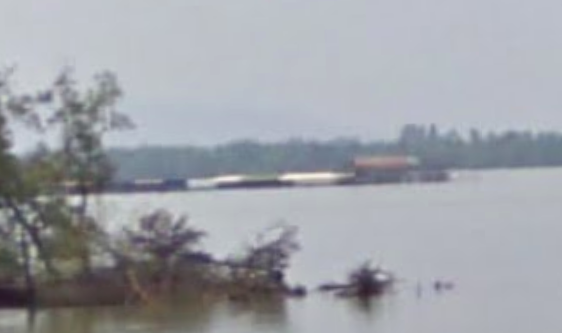 Okay, we know this photo isn’t the clearest – but you get the idea.

You might think you’ve seen all of Singapore from the ground, but wait till you check it out from an aerial perspective. From arcade-game inspired rooftops to secret plane runways, Google Maps can offer you a whole other experience of Singapore that you otherwise wouldn’t be able to experience in real life without the help of a drone. 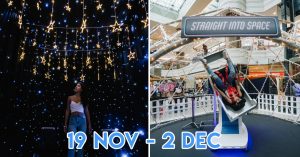 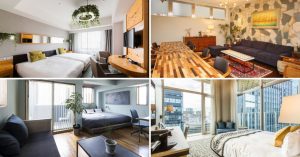