Get Australian drinks and snacks at FairPrice

It’s going to be a while before things resume to what they were, like hopping on a plane to visit our favourite travel destinations.

For wanderlusters who feel trapped in Singapore and just want a taste of overseas life, here’s something you can look forward to. FairPrice is holding its Australia Fair from 23rd September – 6th October, where exclusive snacks and drinks from Australia will be sold.

Here’s what you can expect at your local FairPrice.

Cafe hop at home with oat milk and kombucha

One activity sorely missed from visiting Australia is the cafe hopping. There’s nothing quite like sitting at a cafe in Melbourne or Sydney, eating an Instagrammable stack of pancakes while sipping on a beautifully made flat white.

What’s more, cafes in Australia are often inclusive of those with lactose intolerance, offering dairy alternatives that are also vegan friendly. While hopping on a plane to visit a cafe might be out of the question, you can at least enjoy Aussie-style coffees right at home with NOM. 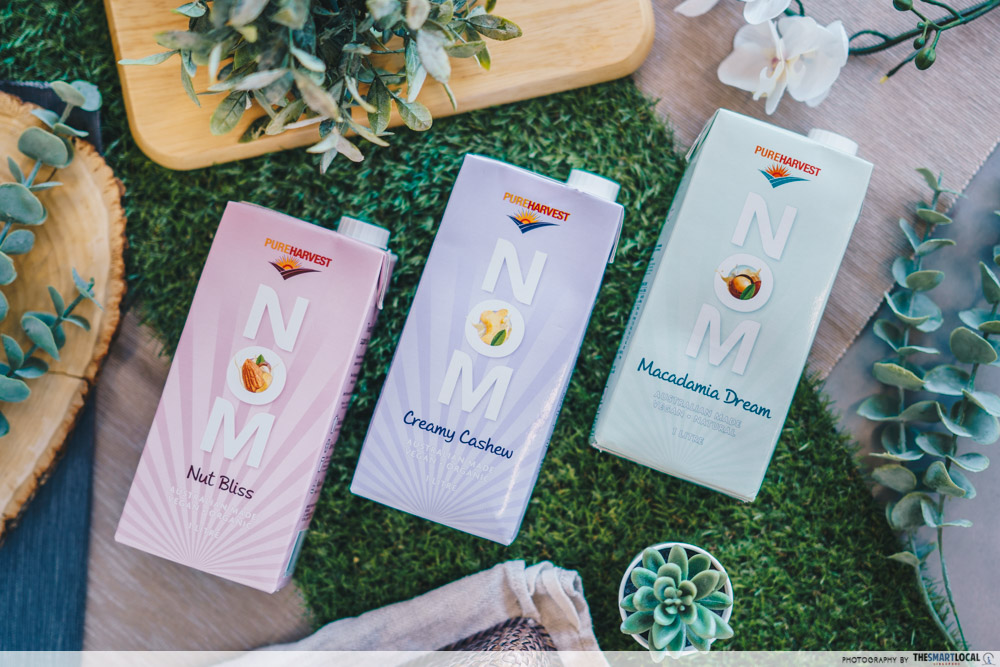 The NOM ($4.85 per packet, U.P. $5.75 per packet) range of nutty oat milks is a dairy-free, plant-based substitute to be used in any recipe that calls for milk. So even if lattes aren’t your thing, these are great with teas, cereals and even when used in baking and cooking too. 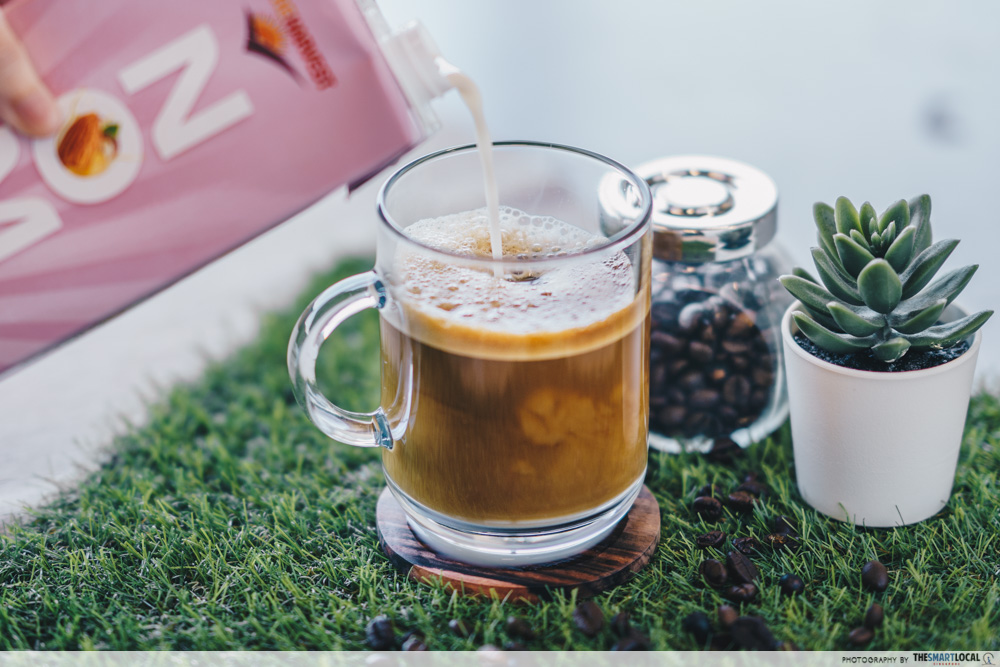 Each one has a creamy base of oat milk, so you’ll still be able to get frothy milk foams for drinks like cappuccino. The oat milk is then flavoured with various nuts, like macadamias in Macadamia Dream, hazelnuts, almonds and cashews in Nut Bliss, and cashews in Creamy Cashew.

For a more refreshing pick-me-up instead, reach for a Nexba Sugar Free Kombucha ($3.75 per bottle, U.P. $4.35 per bottle) instead. Those on a health bender trying to kick soda habits can turn to kombuchas as a healthier choice. Apart from containing a lot less sugar than other soft drinks, they’re also packed with probiotics and antioxidants that promote good gut digestion. 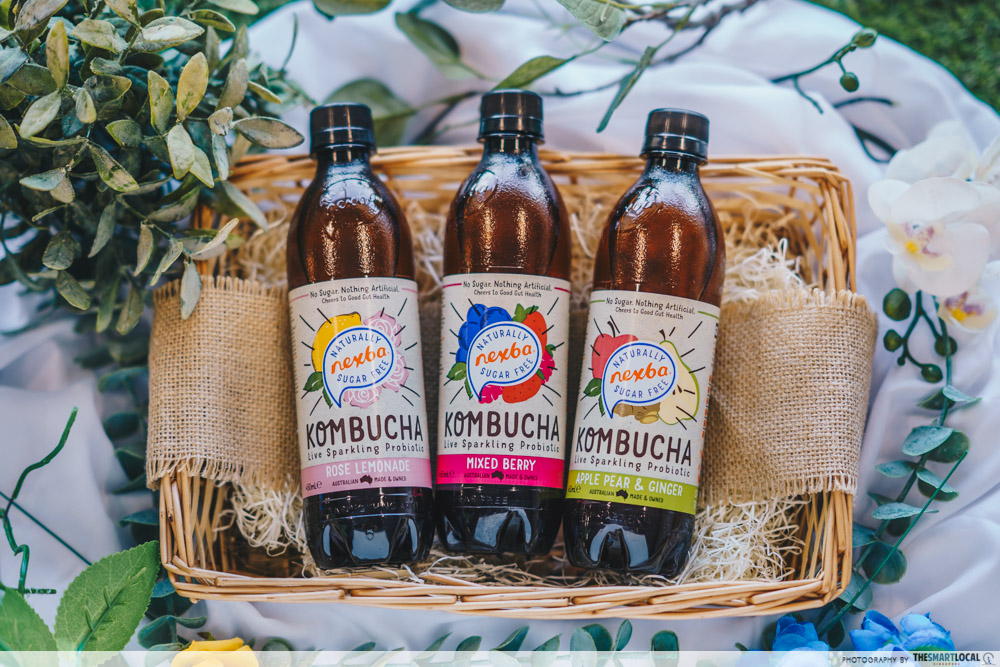 FairPrice is the first in Singapore to launch Nexba Sugar Free Kombucha. Nexba is the first in the market to offer naturally sweetened kombucha using stevia. The plant sweetener is 250 times sweeter than sugar, and is completely safe.

If you’re new to kombucha, start off with these three popular flavours available from Nexba: Apple, Pear & Ginger, Mixed Berry, and Rose Lemonade. These beverages have been made with real oolong tea leaves, and brewed for 40 days to intensify the natural flavours found in each bottle.

Stock up your pantry with snacks like chocolates and nut mixes

At the end of trips to Australia, it’s not unusual to hit up your local Coles or Woolworths to pick up snacks as souvenirs for friends and family back home. But we all know we weren’t just lugging home the variety of chocolates and chips as gifts; they were for our own consumption as well. 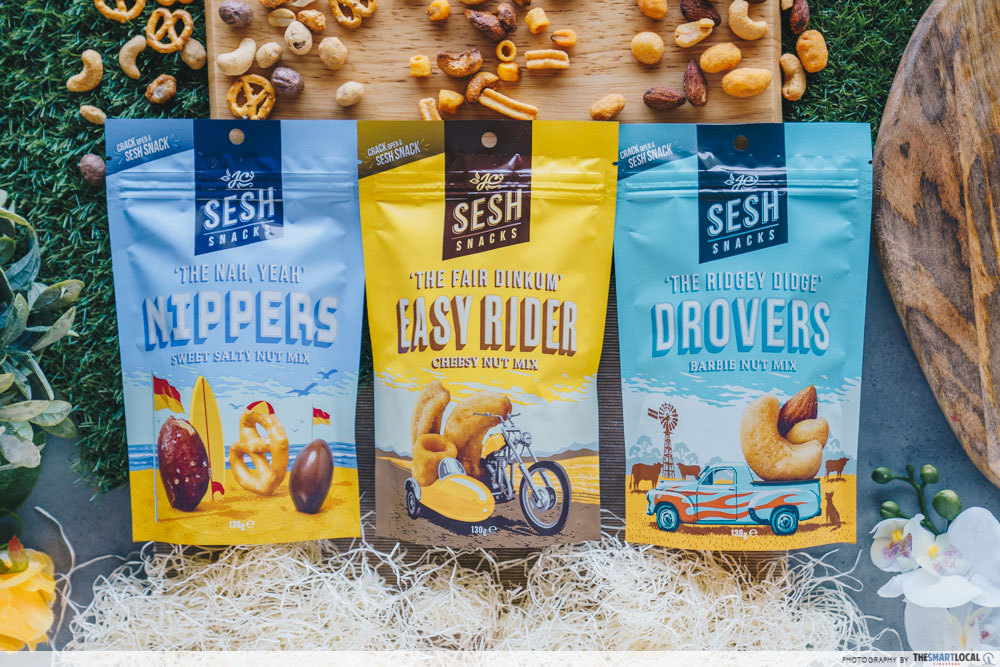 Pantries that have been missing Australian flavour can now be filled with tidbits from FairPrice’s Australia Fair, such as JC’s Sesh Snacks ($6.15 per bag, U.P. $6.85 per bag) that are new to shelves in Singapore. These nut mixes are genuinely Australian, from their use of native ingredients down to their cheeky names.

Each bag of nut mix doesn’t just contain roasted nuts, but also addictive crunchies like corn tubes, soy crisps and salty pretzels to quell teatime munchies or when you’re in need of a snack during a movie. 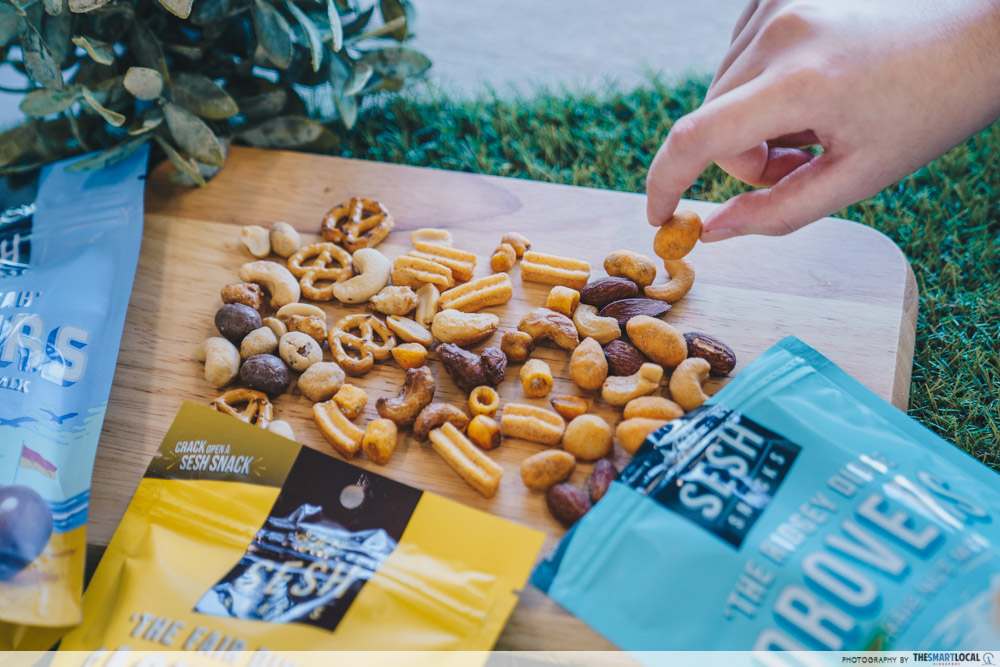 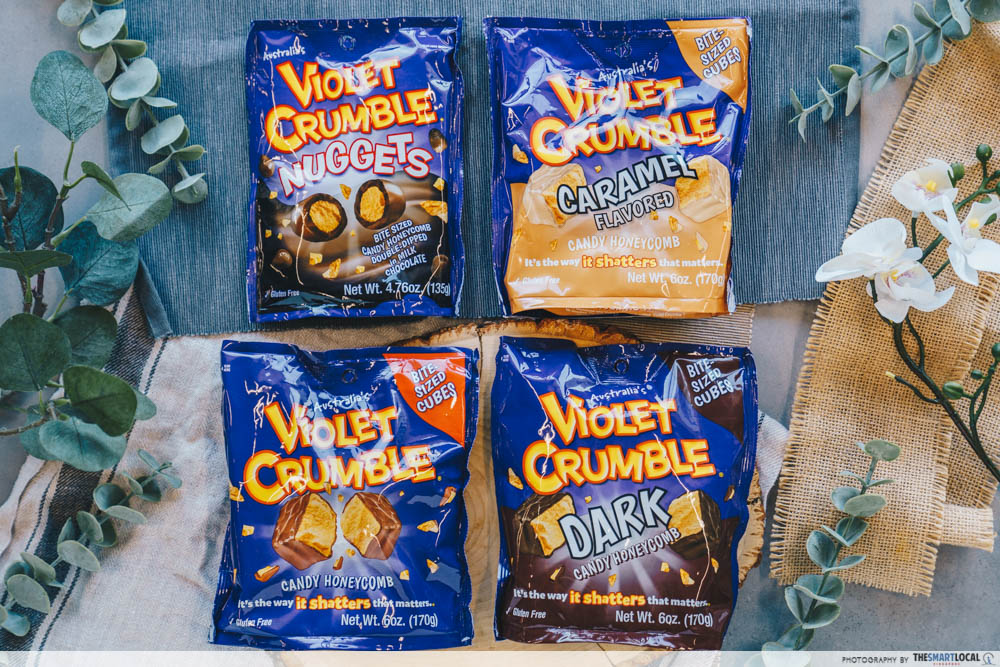 While these nut mixes are great for a savoury hit, those hankering after something sweeter will want to add Australia’s favourite chocolates – Violet Crumble ($4.95 per bag, U.P. $5.50 per bag) – to their carts. These golden nuggets of honeycomb coated in chocolate are one of the first chocolate bars created in Australia, and have been a pantry staple ever since. 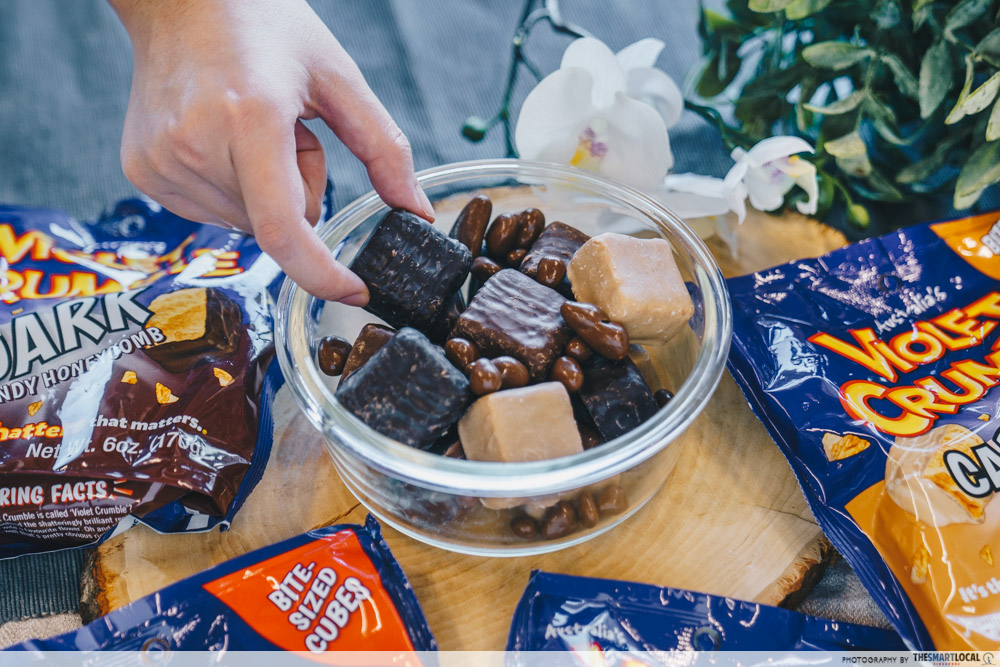 Think of Australia and alcohol is likely to come to mind. Centuries-old vineyards and wineries can be found across its sprawling land, with the wines produced consistently ranking among the world’s best. It has a boon of small-batch breweries and distilleries too, many of which have earned cult-like status with fans all over the globe. 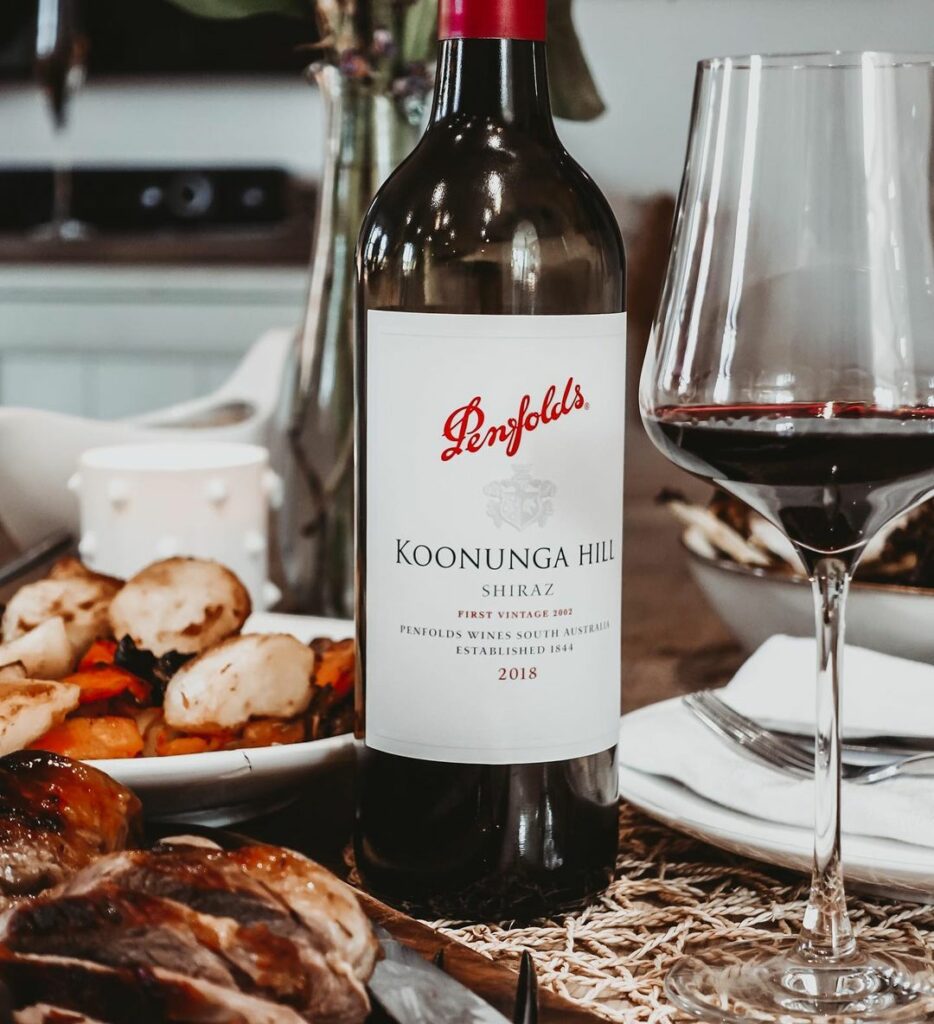 Take a trip to four different vineyards – Barossa Valley, McLaren Vale, Clare Valley, and Langhorne Creek – with just a bottle of Penfolds Koonunga Hill Shiraz ($26.60 per bottle, U.P. $34 per bottle). The spice-forward red is made using shiraz grapes from these premium vineyards in South Australia. These regions are known for their ripe soil and weather conditions in producing the shiraz grape variety.

You’ll want to have a glass of Penfolds Koonunga Hill Shiraz at a romantic dinner date for two at home. Full-bodied with soft tannins, the smooth and versatile shiraz pairs exceptionally well with grilled red meats and chocolatey desserts.

Post dinner, settle down for a nightcap with gin from Australia’s first barrel room and cellar door, Boatrocker. The distillery is known for its gins that placed gold at the San Francisco World Spirits Competition. 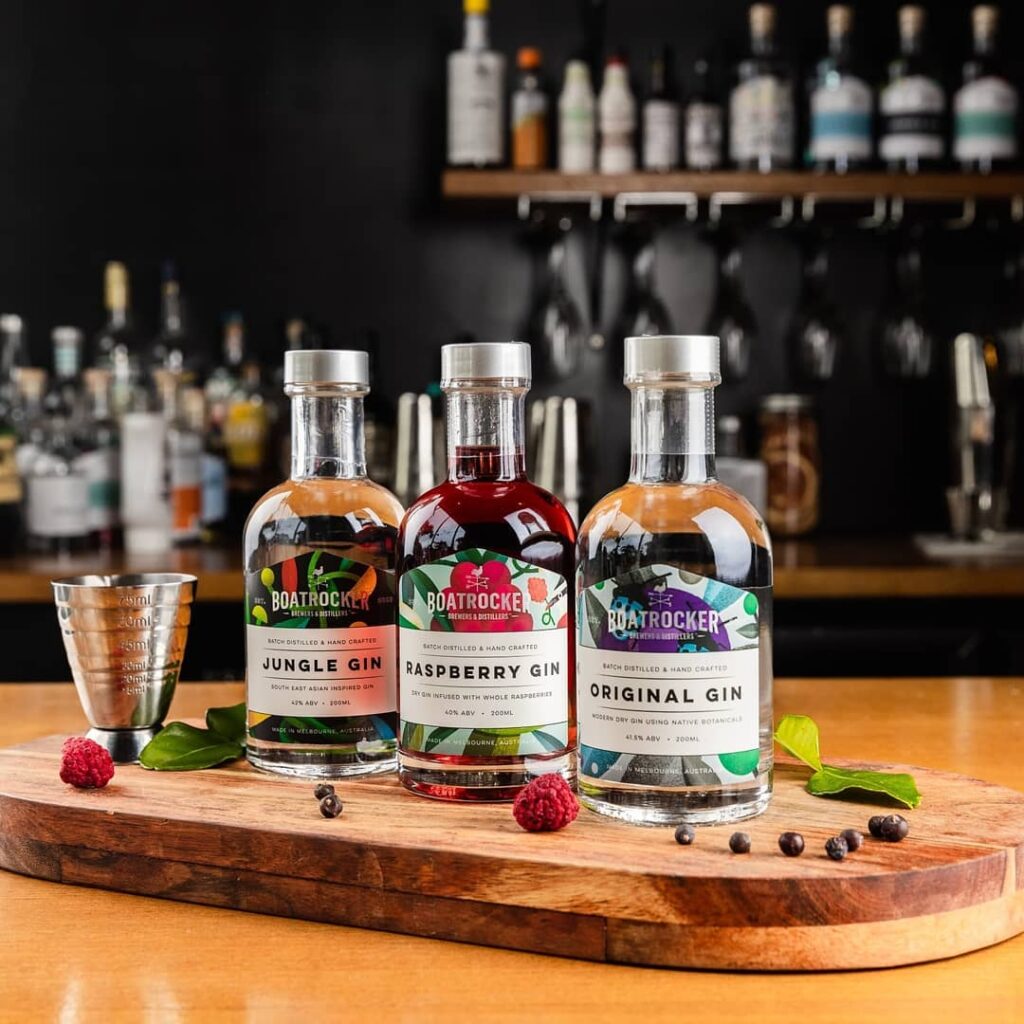 Exclusive to FairPrice, Boatrocker Gin ($95 per bottle, U.P. $99 per bottle) is available in three flavours, Original, Raspberry and Jungle. Although best used of course in a classic gin & tonic, the gins are also great to sip on their own or to be used in other cocktails. Jungle, for example, has notes of kaffir lime, ginger, lemongrass and kumquats, which would give cocktails a tropical kick. 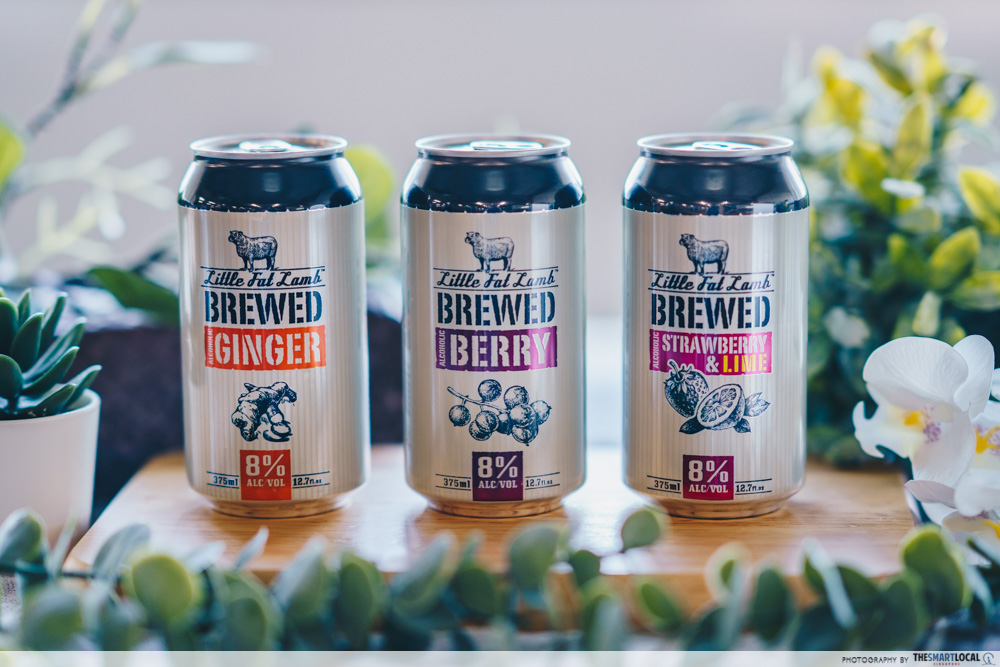 If you’re hanging out with friends, grab drinks from Little Fat Lamb ($6.45 per can, U.P. $6.95 per can) instead. The craft brewery makes their local cider in small batches, ensuring a high quality and consistent brew in every can of Ginger, Strawberry & Lime, and Berry. 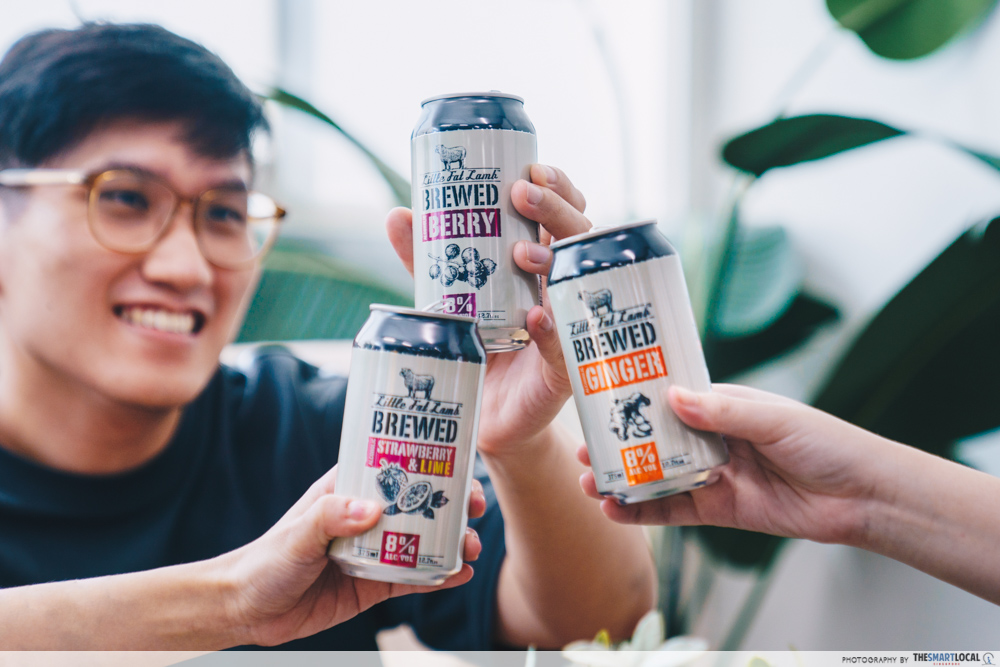 Don’t think of cider as a mild, alcoholic beverage. Little Fat Lamb’s canned ciders have an alcohol content twice that of beer at 8%. Be safe and get a ride home instead of driving after downing a couple of cans of these.

With 230 outlets islandwide, FairPrice is Singapore’s largest supermarket chain and can be found in most neighbourhoods. For added convenience, you can also shop online with FairPrice and have your groceries delivered right to your doorstep.

They also offer a great selection of items by bringing in ingredients from around the world, ranging from sauces to fresh produce, snacks and more (product availability varies from store to store). So even if borders remain closed for the time being, there’s no reason why you wouldn’t be able to whip up global cuisines from the comfort of your own home.

And with ongoing promotions like the Australia Fair running from 23rd September – 6th October 2021, you’ll be able to quash the travel bug just a little with all your international favourites readily available at FairPrice. 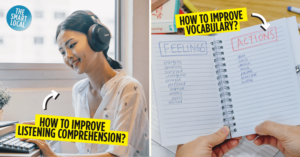 7 Tips For That ‘A’ In English Exams Other Than Reading More, As Shared By English Tutors
Disney’s Mickey Mouse-Themed Exhibit Is Coming To SG, Perfect For All Those Who Miss Disneyland 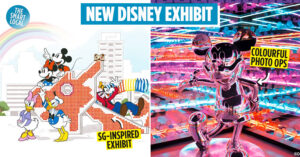