Who said parades were just for kids? 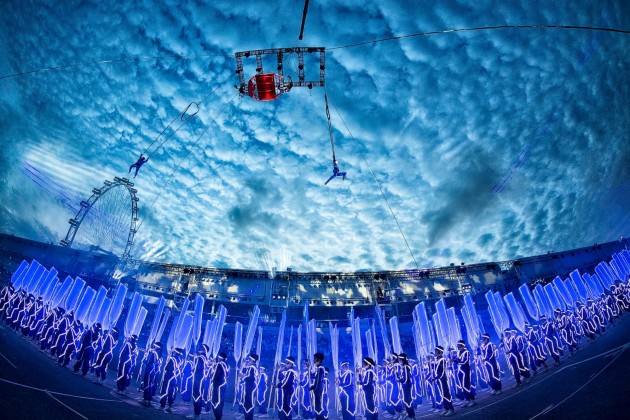 When I first heard about Chingay, confusion was my first emotion. Chingay could’ve been a restaurant as far as I knew, my poor white girl brain just didn’t have a clue. It wasn’t before long till I started noticing the posters all over the island. How I could’ve gone so long without realising what it was still amazes me.

I asked around to find out more, but even my Singaporean friends seemed a little clueless as to what Chingay was really about.

“Oh I’ve heard of Chingay, but aren’t parades a bit lame?” – was the most generic response I got when I told them I was going for Chingay’s full-dress rehearsal, and sadly I began to believe them.

I’ve only ever been to one parade in my life, and that was the New Year’s Day Parade in London when I was 12. And although I enjoyed it at the time, I was dubious if I would still find a parade as exciting years later. I’m glad to say that they’re even more fun than I remember! 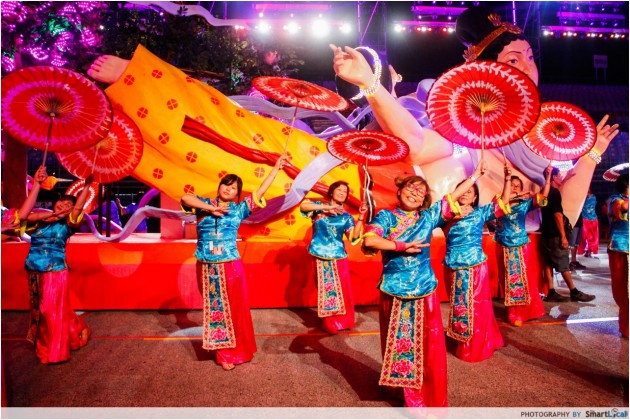 Chingay is the largest street performance and float parade in Asia, founded by Singapore’s late Prime Minister, Mr. Lee Kuan Yew, back in 1973. Introduced to counter the firecracker ban that had dampened spirits of the locals, the noise and jubilation the event created was supposed to be a safe alternative to help keep evil spirits at bay.

Since then, it has become an annual national festival with a multicultural flavour, attracting an audience of thousands each year. The parade is split into five segments, each one conveying a different meaning, and highlighting the unique culture of Singapore.

Singaporeans have always been forward-looking, and this is evident in Chingay’s first segment, the Voyage SG100. The performance of 800-strong children all decked in illuminated futuristic costumes, tells a tale about the journey toward 100 years of an independent Singapore. 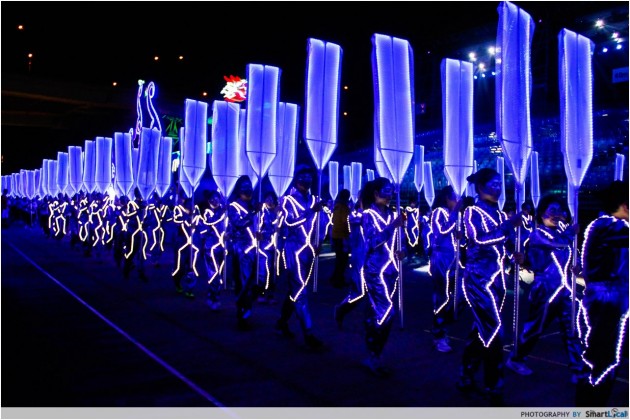 It’s refreshing to know that most of the people you’re watching aren’t paid professionals, instead, they are your regular Singaporeans volunteering their own time and effort.

The first segment got off to a bit of a slow start, but picked up massively as the show went on. And even though it wasn’t a flawless performance, the small errors and everything that comes with using volunteers, simply added to the authenticity and spirit of the parade.

2nd Segment: Because WE are Different. We are One. 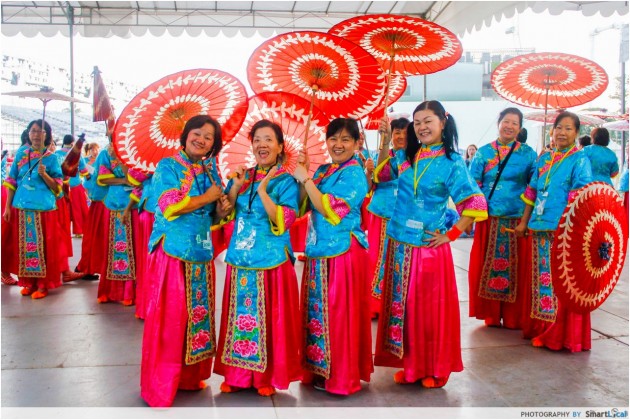 It’s hard to remember the last time I saw such a wide collection or variety of people of all ages and ethnicities. What came next was a colourful contrast to the monochromatic colours of the performances of the first segment. 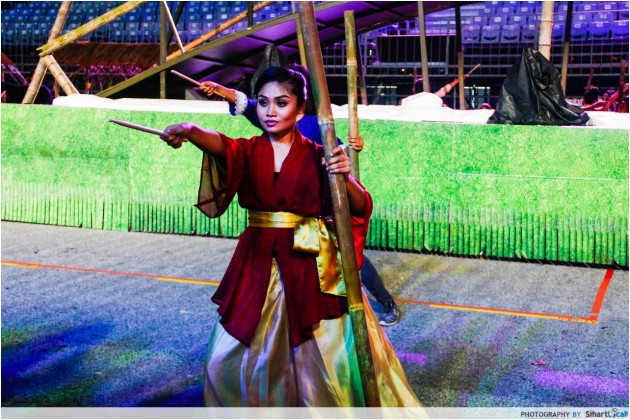 Be it the Aunties posing for the cameras in their traditional chinese costumes or the graceful dancers of the Malay cultural society, it was hard not to become absorbed by the amount of spirit surrounding them all. You can expect an array of Chinese, Malay and Indian cultural performances to light the night up in harmony. 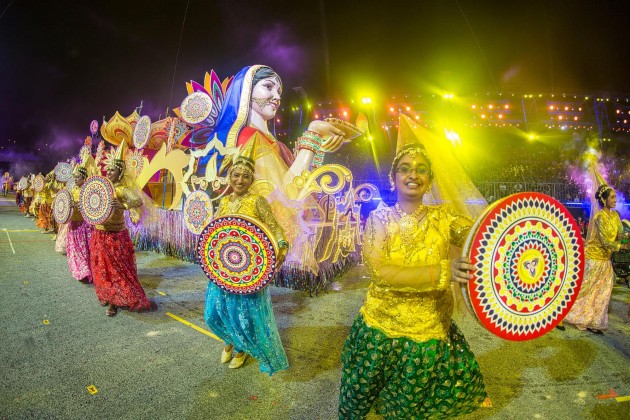 This was my favourite part of the entire parade as it celebrated Singapore as a melting pot of cultures – something that many other countries strive to achieve. Whatever your nationality, the lineup of performances in this segment will leave you feeling proud to call yourself a Singaporean.

3rd Segment: Friendship all over the world 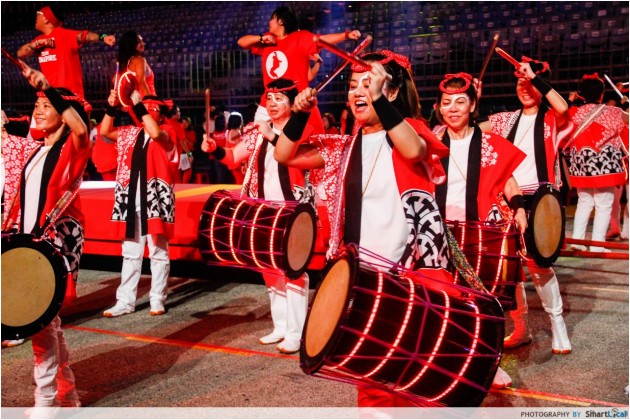 From the friendly drummers of the Japanese Association to the exuberant dancing children, friendship was everywhere that I looked. The third segment brings some of the world’s brightest talents from all over the world to the stage in a show of Singapore’s acceptance for our international friends and their unique cultures. 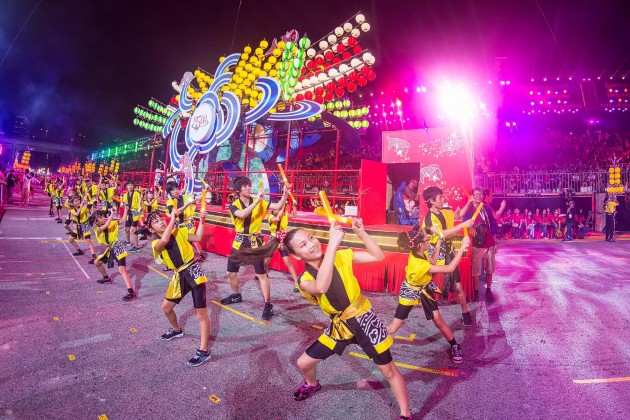 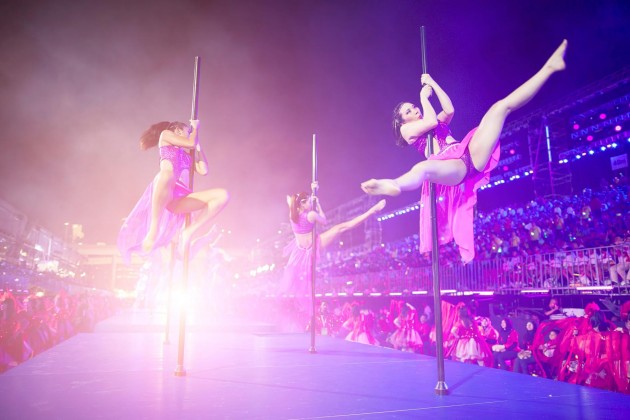 Whether it’s the acrobatic skills of the pole dancers, or the spirited musicians on the Tambourines that keep you on the edge of your seat; the action-packed itinerary of the fourth segment promises to keep your excitement at an all-time-high through the night. There’s no way that you’re going to see anything like this until the next Chingay parade. 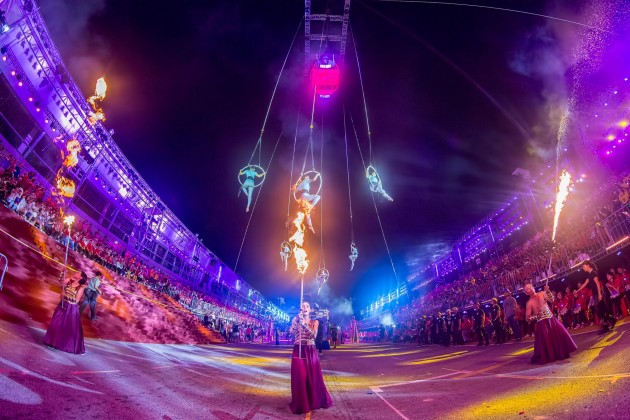 If there’s one thing you can expect at Chingay 2016, it’s a light parade like no other.

Lights of Legacy, the finale, is a real visual spectacle with over 3,000 enthusiastic performers setting the skies alight with a blanket of glowing lanterns. This signifies the values of Singapore’s founding fathers, and a vow to progress toward a brighter tomorrow.

Not only will this final act bring about a wave of emotions, it stands to unite the community as these 8,000 ‘Sky Lanterns’ contain the well wishes of some 200,000 Singaporeans from all walks of life.

The real thing doesn’t happen until the actual event, but I imagine it will look something like this! 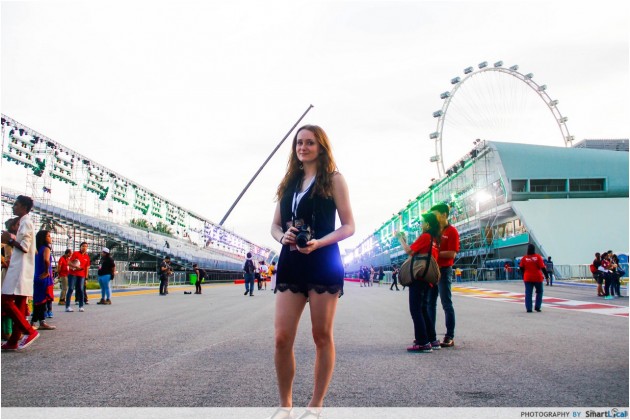 Lesson learnt, don’t put something down until you have tried it yourself.

Chingay is not lame by any stretch of the imagination, and I ended up having a really fun time watching what seemed to be half of the Singaporean population perform in front of me. My personal favourite? Interacting with the performers and hearing the sheer passion and excitement resonating from their voices.

It’s impossible to not be warmed by everyone’s enthusiasm. If that doesn’t make you smile, I don’t know what will! 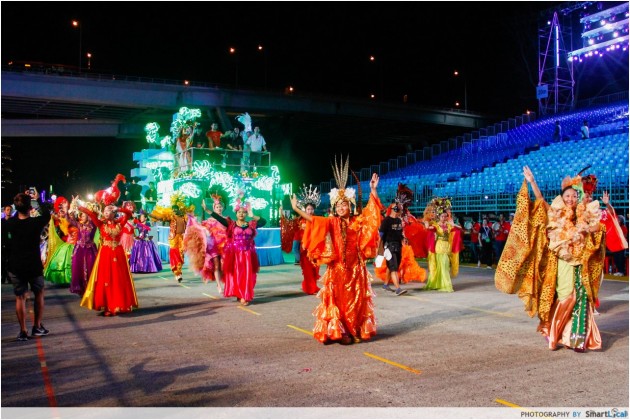 For families with younger kids, Chingay is the perfect event to teach your children about Singapore’s culture, and at the same time, revel in the united spirit of local Singaporeans as they pour their heart and soul out to bring you a brilliant performance that will leave you yearning for SG100!

Chingay is an exciting way to spend an evening with friends and family, and perfect if you want leave with a massive grin on your face. I know I’m looking forward to returning with my folks next year to show them how amazing Chingay is! 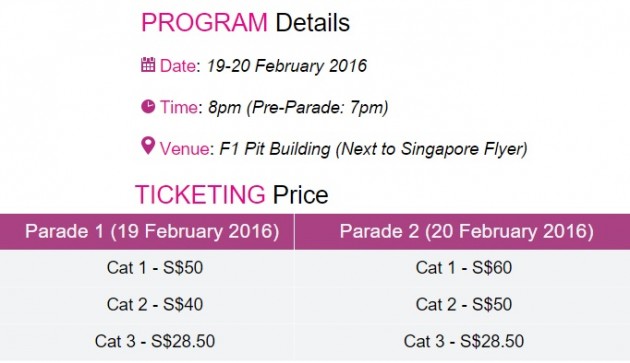 To find out more, head over to Chingay Parade Singapore’s website!

This post was brought to you by Chingay Parade Singapore.

This Video Will Show You The Truth About Our NS Men - TSL Comedy: Episode 23
Basilico Review: An Authentic Italian Dining Experience At Regent Hotel