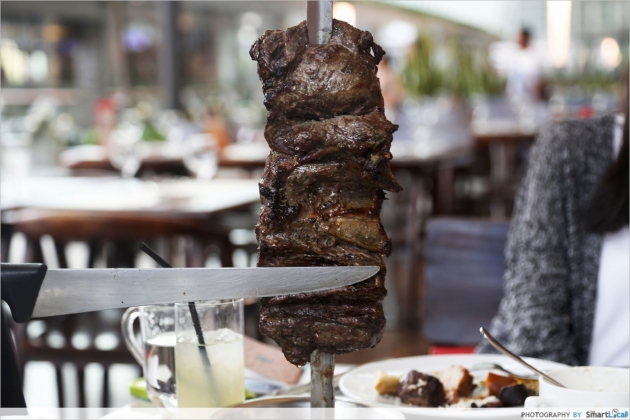 If you’ve wondering what Churrascaria is, it basically means barbecue in Portuguese, which is the national language of Brazil. At a restaurant with a name like ‘Carnivore – Brazilian Churrascaria’, you know you’re going in for a treat if you love meat.

Specialising in Brazilian barbecue, Carnivore literally brings you the flavours of Brazil with directly imported Brazilian meat. Since the inception of their flagship outlet at CHIJMES in 2012, Carnivore has opened three other outlets at Dempsey, Marina Bay Sands, as well as their latest restaurant at The Grandstand, which sports a more modern look than the rest. 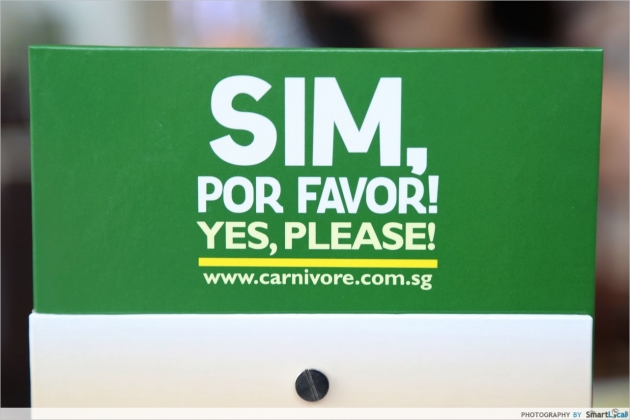 At Carnivore, the food does not stop coming until you decide so. Sitting on every table is a stand which is green on one side and red on the other. Flip to green to start your meal and red to tell the staff to stop serving the meats. It’s as simple as that.

With all the rave reviews we heard about Carnivore, we were excited to give it a try. 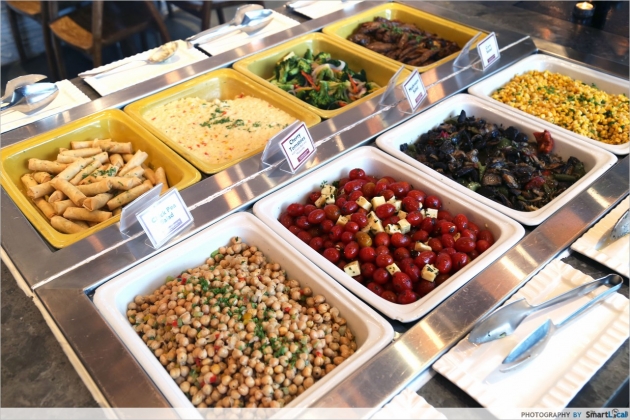 While waiting for the meats, head to the free-flow ‘salad bar’ to start your meal. With a name like Carnivore, don’t expect their ‘salad bar’ to be all greens. It has a good mix of sides including coloured vegetables, meat pastas, fruits, Brazilian rice and Ratatouille (!). My favourites at the salad bar were the Spiral Pesto Salad, Feijoada (Pork Stew in Black Bean), and Baked Brazilian Rice. 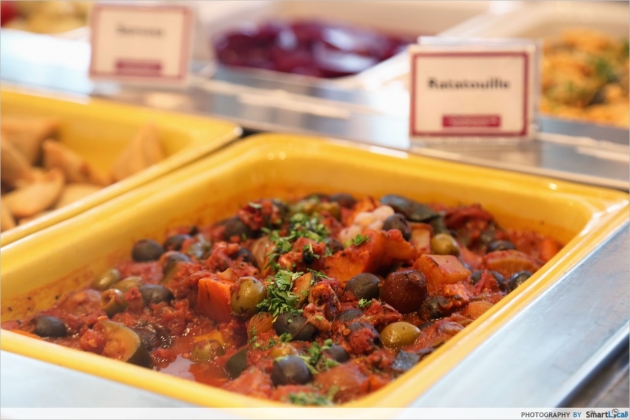 The black beans add a subtle sweet flavour to the pork which was a refreshing change from the usual savoury pork stews. The Brazilian baked rice was also flavourful with a good infusion of Brazilian spices. With an uncanny resemblance to the Korean Toppoki, the Heart of Palm caught my eye. The dish is essentially the core of a palm tree. It was crunchy and fell apart in my mouth easily. 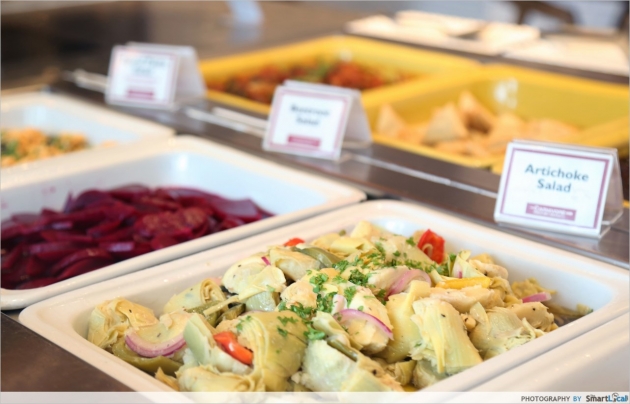 Remember not to fill your stomach too early here, as the highlights of carnivore are yet to be served!

With 12 kinds of meat at lunch and 15 during dinner, you’ll be glad to know that there are no food menus. This means you don’t have to choose because you can have them all after they are served to you one after the other. Yes, the charming passsadors will introduce you to the meats when they come around your table and it’ll be hard to resist. The majority of these passadors are Brazilian, and they both help to prepare and serve the food.

Tip: Don’t forget to take some of their homemade Brazilian sauces. Some sauces are not available for lunch, but you may request for it. The Chimichurri sauce had a spicy kick to it and helped to enhance the meats’ flavours. It’s a must-try. 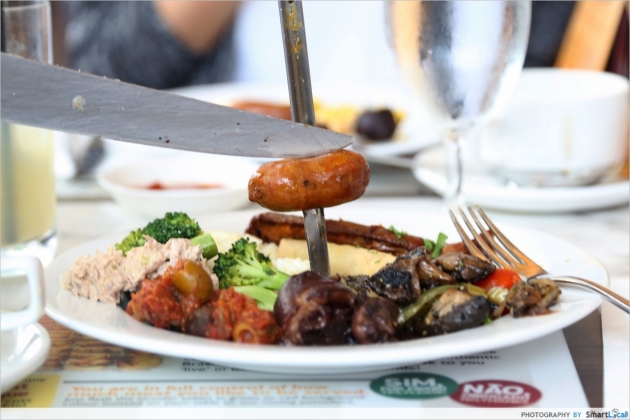 Soon after we dug into our individual plates of sides, a knife-wielding passador came around our table with a skewer of pork sausages. He deftly swooped the sausages onto our plates and then left. 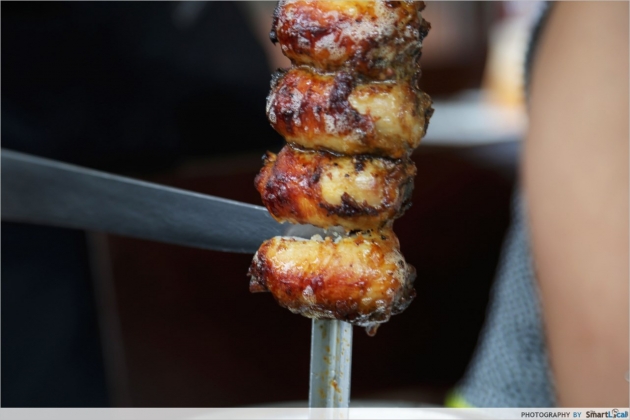 Minutes later, another passador came out with giant skewers of meat, meat, and more meat. These meats included fish, lamb, pork bellies and sausages, chicken, ham and various cuts of beef. In fact, we had so many types of meats that our plates and stomachs filled up quickly. 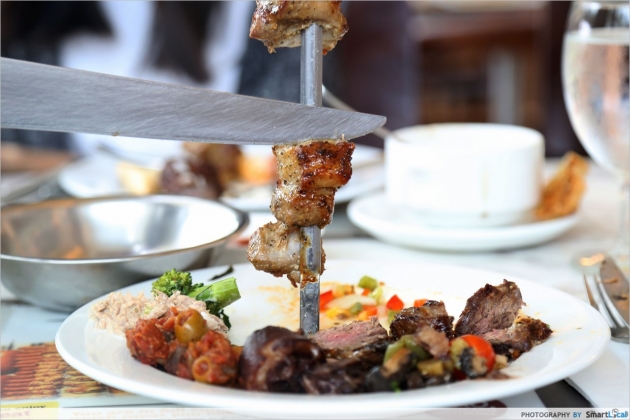 With every round of meat served, we witnessed how skilled the passadors were in handling the knives and meat. When I asked for a leaner piece of meat in the middle of the skewer, the passador worked his magic with the knife and my request was granted. 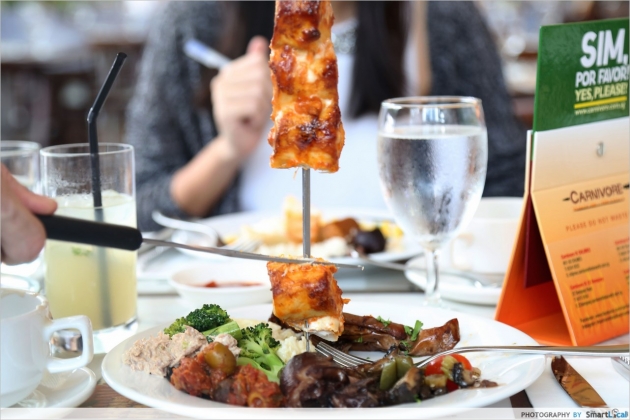 You might be thinking that with so many cuts of meats, some would fall short of expectations. To our surprise, all of the meats were good! My personal favourite was the grilled fish fillet for its taste as well as its heart-friendly Omega-3 fatty acids.

What’s also noteworthy at Carnivore is its beef, which are all grilled solely with Rock Salt, without any marinade. This means that when you consume the beef, what you’re tasting is the meat’s natural flavour. The rest of the meats are marinated with traditional Brazilian recipe and then rotisserie-cooked over open fire.

No Brazilian meal is complete without having chicken hearts, which we were able to try. I was intimidated at the mere mention of it, but my worries proved unfounded. The chicken heart was slightly chewy and easy to consume. One item off my Fear Factor bucket list! 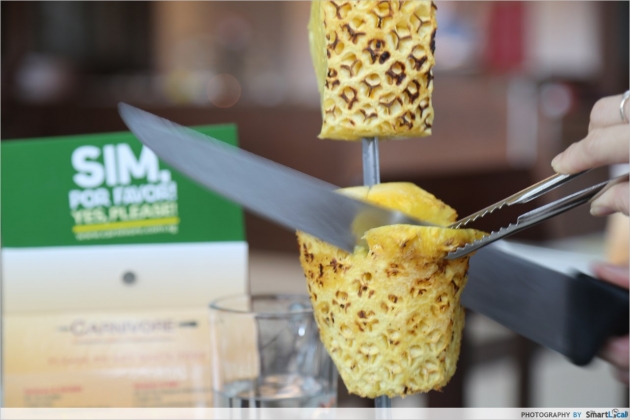 Save space for dessert in the form of their delectable grilled pineapples which will help wash down the heavy meaty flavour. These grilled babies lived up to my expectations – it’s amazing how a pineapple grilled with slight chars can remain so juicy on the inside. 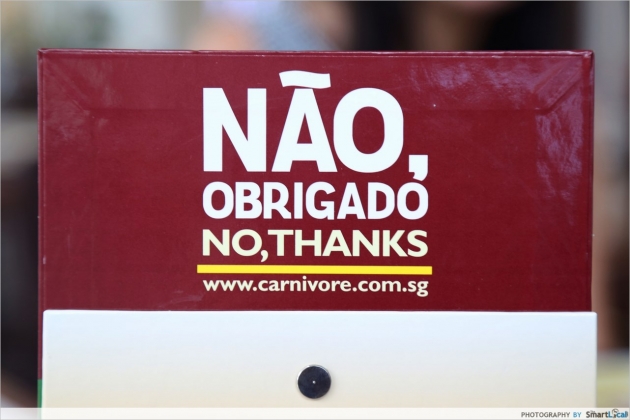 With that, we flipped the stand on our table over to red side, surrendering our tummies after an extremely satisfying meal. 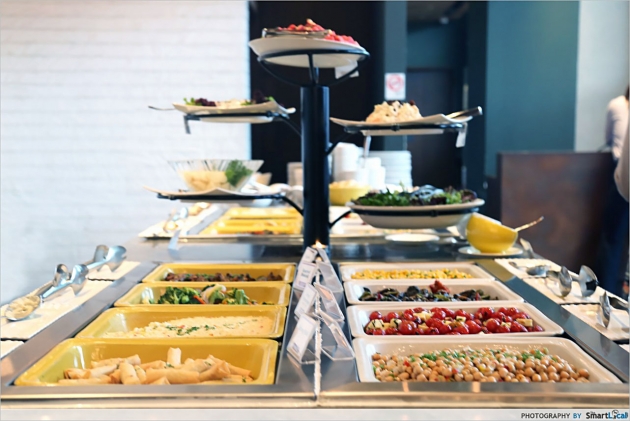 We were blown away with Carnivore’s wide selection of meats and sides. At $34++, it’s an amazing lunch bargain and its $49++ priced dinner also makes it a fantastic steal. We were so won over by the flavourful meat that we mistakenly thought the meats had some marinades in them. I guess the juicy flavours of the meats could only be explained by the magic of the Brazilian Churrascaria cooking – we’ve never had any meat elsewhere quite like this.

Carnivore is sure to win over all meat-lovers in town. We can safely say it’s one of the best places to satisfy meat-cravings in Singapore and a huge plus has to be their extremely reasonable prices. 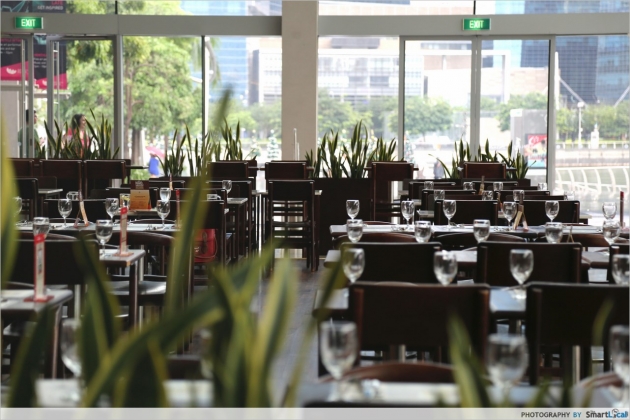 Just note that Marina Bay Sands it the only outlet which is open for lunch at the moment and the other outlets only open for dinner. 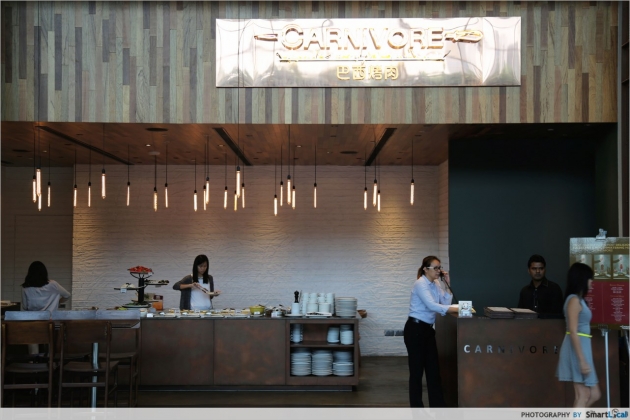