Are You Bro Enough?

There are acquaintances, friends, family, lifelong partners, and then there are Bros. A kind of relationship among guys that’s a solid notch above friends. It is sticking up for someone, even sticking your neck out for them, giving them moral support and making sure you have their back 24/7.

The Bro code may have been a way of conduct popularised by Barney Stinson, but here in Singapore, we have our very own set of unwritten laws too. For instance, a true Bro in a sound state of mind will never let a fellow Bro gym alone, or miss a date because of guard duty.

Of course, that’s just the beginning of a binding covenant that is the Singaporean Bro Code. Read on to find out what the 12 provisions are!

1. A Bro must jio his Bros out regularly, even if said Bro has a girlfriend 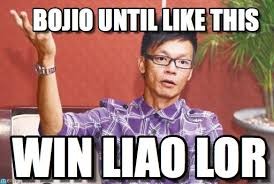 You never go anywhere without your band of Bros, they are actually more overly attached than your worst ex. Sadly, there will eventually be a time when a Bro finds a special one he needs to spend some alone time with. When that time comes, your Bros will cheer you on, but don’t completely forget about them, you’ll break their hearts. Maintain a healthy Girlfriend to Bros time ratio. Here’s a formula to help you out:

y = Total number of years you have been Bros
n = Number of Bros you have
B = How Bro you are (Any number between 1 and 0, 0 being the most un-bro)

2. It is never okay for a Bro to play rank outside of camp

Every Singaporean male has been through NS, a common experience that binds all Bros in Singapore.While we just can’t seem stop talking about NS, one thing Bros never talk about is Rank. Regardless of whether you ORDed as a CPL, 3SG or LTA, respect your every Bro for his contribution, be humble and never use rank or vocation against another Bro, even in the most heated discussions.

3. A Bro must never ever paotoh a fellow Bro

Being a Bro comes with responsibilities. During the course of your Bro-ship there will come a time where your Bro will need you to help him “cover his backside”. From when you all didn’t do your homework, to when you need someone to scan your card for lunch in camp, to the drunken rants about your boss, you need your Bros to help you make sure these events are never found out by the wrong people.

This trust is the bedrock of your Brotherhood, never betray it. If you do, may you be exiled from Bro-dom and may you rot in the twilight of friendzone for all eternity.

4. If a Bro has discovered a Saman Auntie, the Bro must warn all other Bros 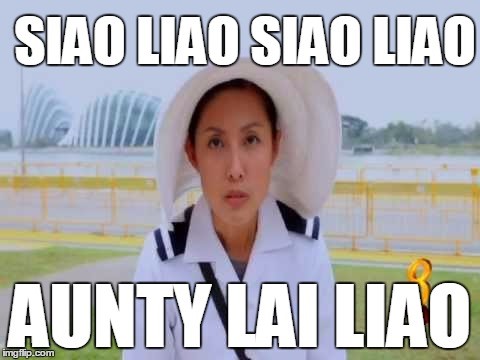 When it comes to being cheapos, every Singaporean is a Bro. You don’t have to know each other to be a Bro. When you spot a Saman Auntie near the carpark, a good Bro will warn everybody in the kopitiam, and there will be a flood of diners rushing out to their cars.

For about 5 minutes you will be a hero. This act of everyday Bro-ness will give you good karma.

5. The Bro with a car is automatically the Bro-ffeur and he has no choice in the matter, but he is allowed to kpkb 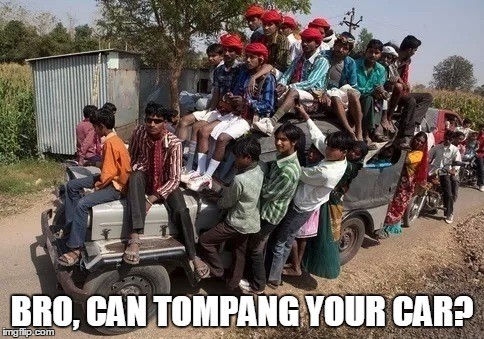 Public transport is something we only tolerate because we have no other choice. If a Bro drives to meet his Bros, it is assumed that he will be driving home the number of Bros equal to the total number of human bodies than can humanly fit in his car.

Driver Bro will kpkb about it, but he will do so anyway, because he is a good Bro. Reward the driver Bro with copious amounts of food, or/and providing wingman duties for him.

6. True Bros will annoy each other endlessly, but nobody will get upset 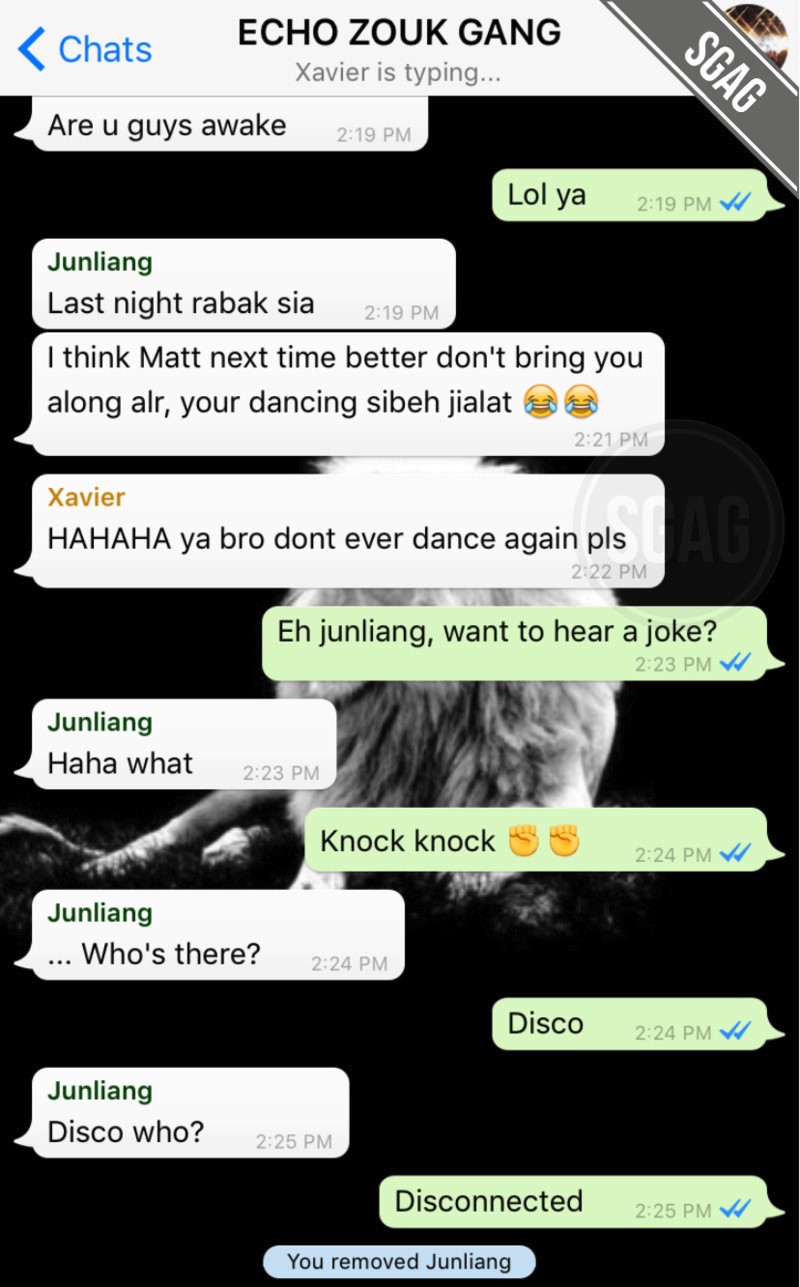 While the ladies will show their appreciation with IG dedications about how much fun it’s been hanging with the babes/BBGs (babygirls)”, Bros do so by hurling creative insults at each other.

It’s a competition of who can inflict the most burn in one sentence and it starts the moment two Bros meet. However overboard they may seem, nobody is supposed to get angry because this is just how Bros show their affection for one another.

7. A Bro will never let another Bro pon lectures alone 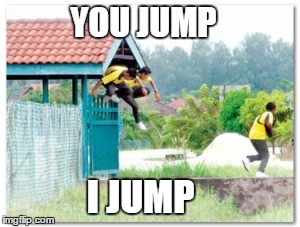 There are some days that are just not for you and your brain is not functioning. On those days, 8am lectures are just not an option. If you or your Bros are having one of those days, everybody should just pon your lectures together. It would be no fun to just sit at home alone doing who-knows-what. At least a day out with your Bros will help you relieve some stress.

8. You must do everything together, even if it is downright stupid

Your Bros will follow you to the ends of the earth, and you would do the same for them. Go toilet or go clubbing it’s all the same, Bros will stick together through thick and thin. Sometimes, they will do stuff and look like idiots together. When you do it alone you really are an idiot, but when a band of Bros do it together, it becomes kinda cool.

9. Bros will encourage Bros to get gold for IPPT 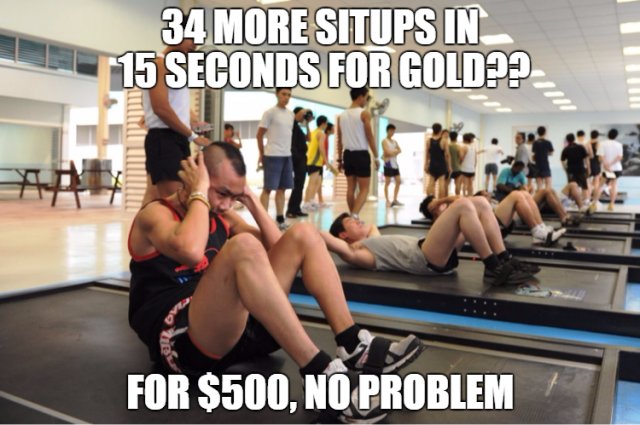 This is every able-bodied Singaporean man’s worst nightmare. Between juggling family and work commitments it is nigh impossible to maintain a fitness regime. Hence for most people IPPT is usually just-whack-only and hope for the best.

While under the new IPPT system it is easier to pass, Gold has been made even more unattainable than before. So if you do get a Gold, the $500 is like hitting the jackpot… unless, you know, you had help from a good Bro *wink wink*. Which brings us to rule #10

You can’t pass IPPT by watching Netflix on your sofa, you have to get off your ass and work those atrophied muscles. There’s nothing wrong with hitting the gym alone, but it’s just more fun when you go with your Bros. Also, you need a Bro to help you take all those workout pictures too. If there were no workout pictures, it didn’t happen.

11. Good Bros will help each other cover duties 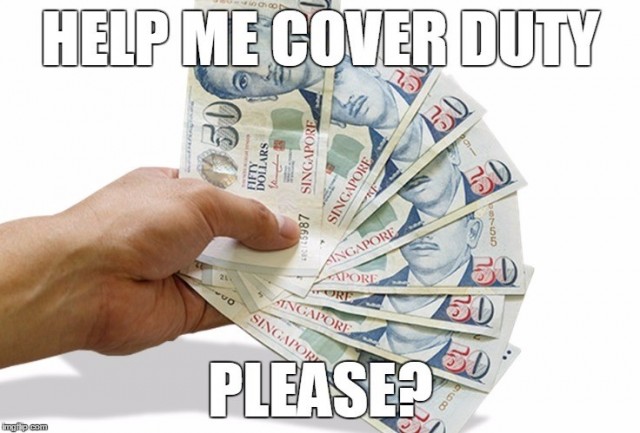 It’s already Friday and your Bro’s suddenly got a hot date this Saturday night, but he also needs to be sitting at the gate of some army camp. This is the saddest thing that could to happen to any NSF, yet it happens all the time. Anybody with half a heart will just swap duties, but a truly good Bro wish him all the best and cover for him until he gets back.

12. Got lobang must let your Bros know 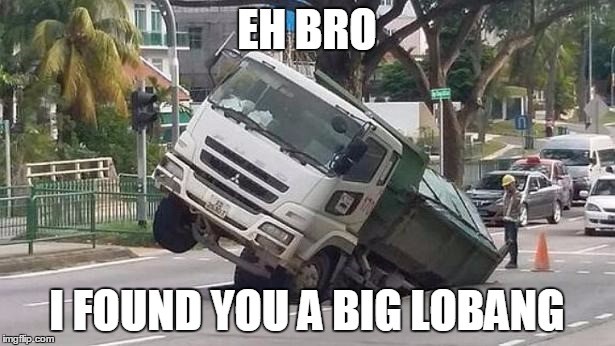 Whether it’s a good job, dirt cheap sales, or free drinks, we kiasu Singaporeans are constantly out searching for the best deals available. Getting a good deal, or lobang means you can save money and time or have some really good food. The best lobangs spread through word of mouth, and true Bros know better than to hide a good lobang from their Bros.

Don’t say we not Brother 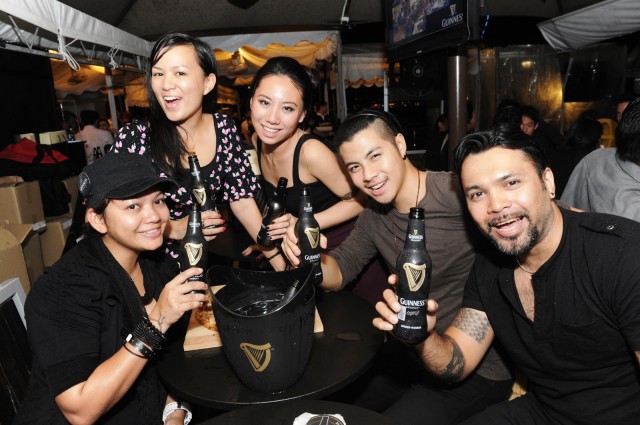 At TSL, we treat all our readers as Bros, so we must practice what we preach. The best lobang is the free kind, so we’ll let you in on it. If we don’t we would contravene rule #1 and #12, that’s not cool.

As part of a series of St. Patrick’s Festival celebrations, Guinness will be giving out free beer. Yes, you read that correctly. It’s all 20,000 pints of Guinness Draught on the house and they’ve been fully registered! If you’re one of the lucky bunch whose fingers were fast enough to score one, don’t forget to redeem it by 20 March. 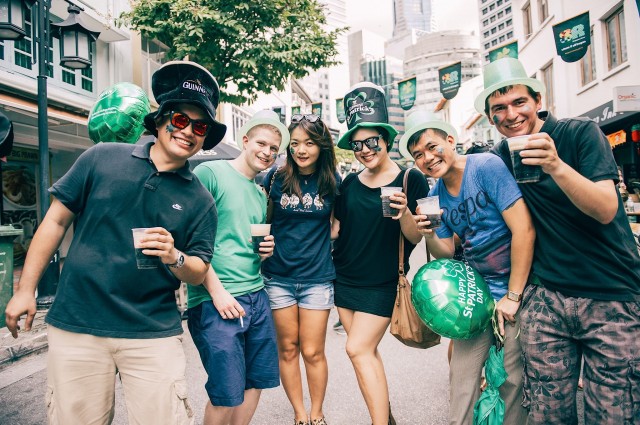 If you’ve never heard of St. Patrick’s Festival before, you’ve been missing out. This year, Guinness will be celebrating it with a three week long Festival from 1 to 20 March. There will be good makan and shiok booze. It all culminates on the 19th to 20th of March in a grand Street Festival at Boat Quay and Circular Road, which will probably be one hell of a party.

This lobang is free for all Bros to exploit, bring your friends, family and Bros and party all day all night at Guinness St. Patrick’s Day 2016!

Check out Guinness’ Facebook page to find out more.