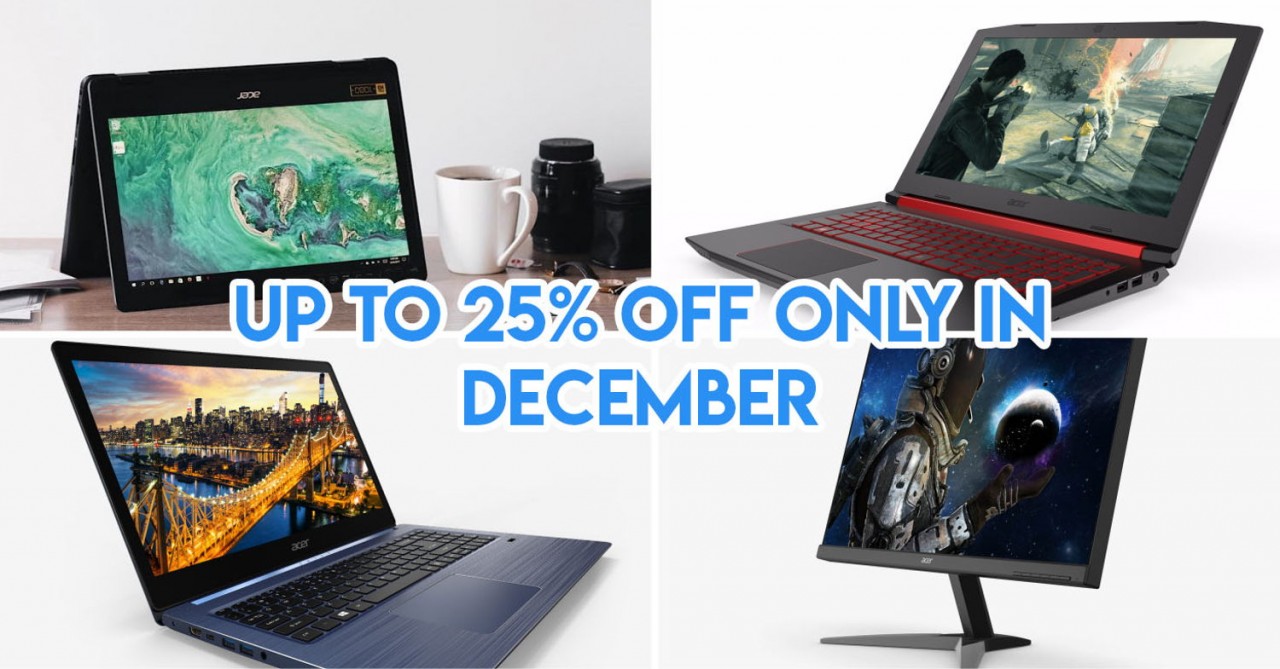 They say that dogs are man’s best friend. But when you’re a broke student, your closest bestie’s none other than good ol’ sales – especially when you’re looking to get a big ticket item, like a computer.

As part of Lazada’s Online Revolution 12.12 Sale, Acer’s giving out discounts of up to 25% on all their items listed on Acer’s Official Store from 12th Dec – 14th Dec 2017. Don’t worry if you’re a tech-noob – take note of these jargon and you’ll be all set on your hunt:

Whether you’re a photography enthusiast who’s really particular about the quality of your display screen, or a student who’s a “professional” gamer by night, here are some of Acer’s deals that you’re going to want to mark your calendar for: 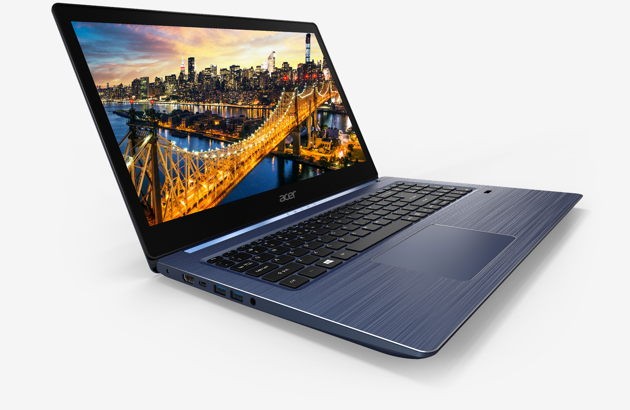 If you’re looking for a reliable study companion that won’t bail on you halfway through your lectures and intense revisions, Acer’s Swift 3 is a sturdy laptop that’ll deliver speed and performance for up to an impressive 10 hours on a fully-charged battery.

With its high-performance WiFi connectivity technology (2×2 802.11ac Wi-Fi) and heavy-duty storage of up to 512GB SSD and 8GB RAM, there’ll be no need to rage about lousy internet connections, limited storage space, and slow booting up of apps any more. 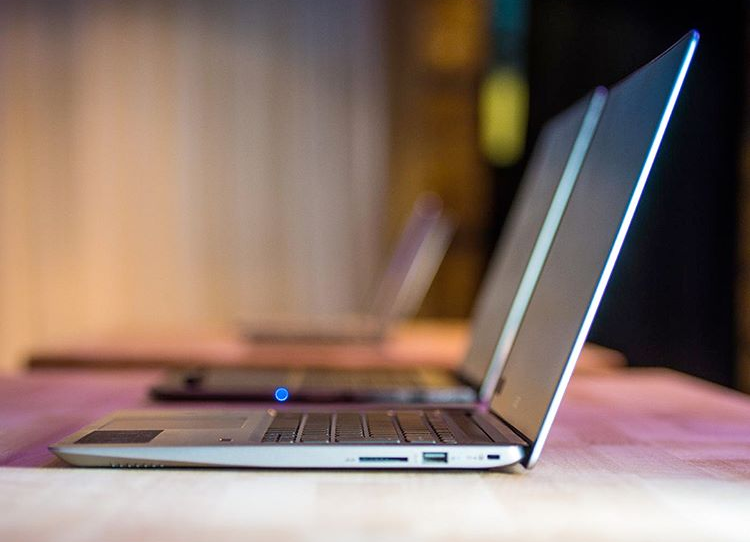 Plus, at just 1.7kg, the Swift 3 is extremely light and sleek for a laptop with a display screen that’s 14 inches wide. With it being so easy to stash in your bag, it’s time to say goodbye to bulky notes and textbooks – it also comes with a backlit keyboard that helps you see the keys clearly even in dim lightings, which the nocturnal peeps will appreciate.

Note: The Swift 3 comes in 2 editions, one with a metallic body that comes in 3 different colours – silver, pink, blue – and another special edition with white, and a Corning Gorilla Glass top cover.

Find out more about Acer’s Swift 3 here, or get it here. 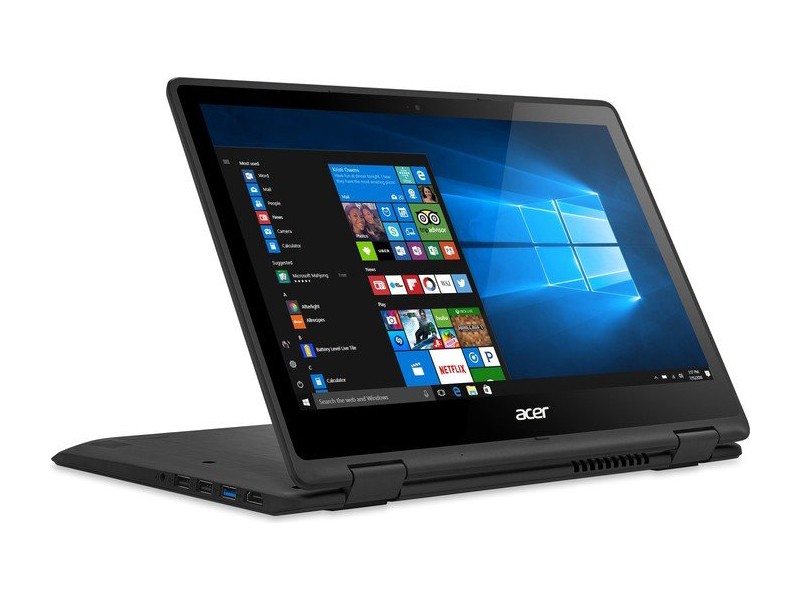 Great for passionate photographers, film, and design majors, Acer’s Spin 5 has a 13.3-inch full HD screen with IPS panel that lets you view your monitor clearly up to an angle of 178°. It also comes with a stylus, and can be converted into 4 different modes thanks to its 360° hinge: laptop, tablet, display, and tent.

Equipped with the latest 8th Generation Intel processors to ensure that you’re able to edit your work smoothly without hiccups, it also has an 8GB RAM and 512GB SSD. 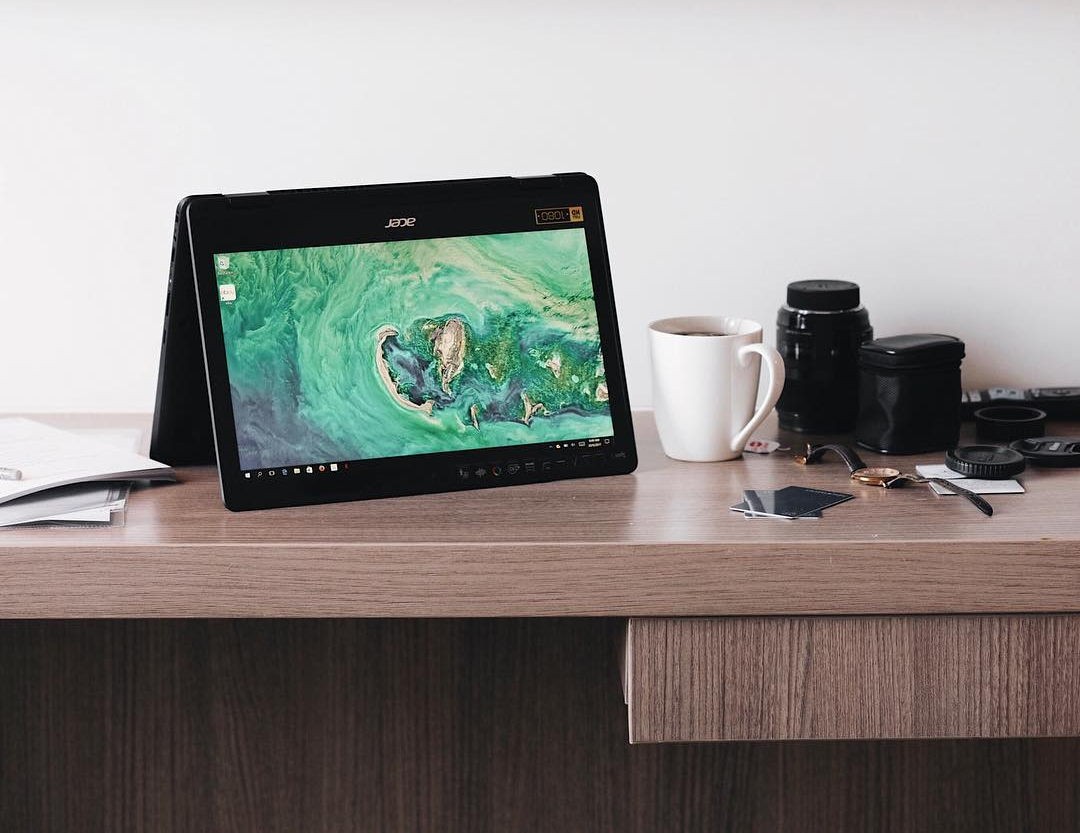 The Spin 5 has a battery life of up to 13 hours, so that it can last you a whole day out
Image adapted from: @euniceeunny

What’s more, the Spin 5 is lightweight at just 1.5kg and 15.9mm thin, which makes it hyper convenient to bring around on the go, especially if you’ve got a camera and tripod in tow. And if all that didn’t already make Spin 5 the epitome of functionality, it also includes snazzy features like an embedded fingerprint reader to keep your files secure.

Find out more about Acer’s Spin 5 here, or get it here. 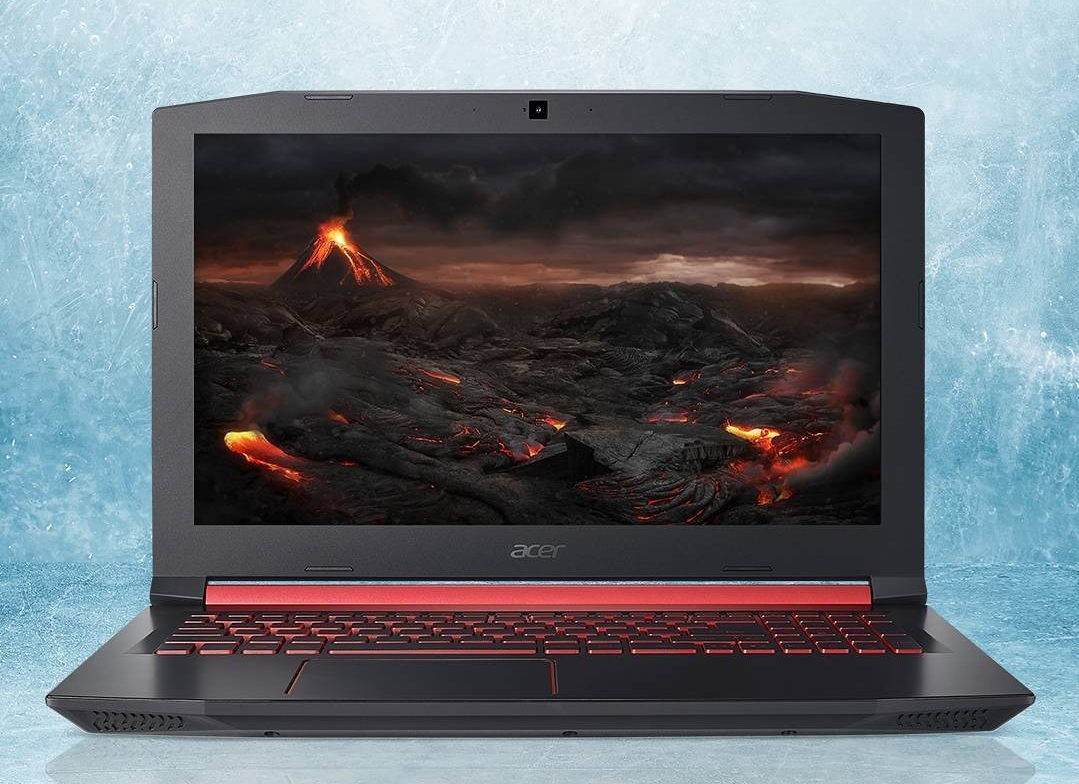 Lying in bed all day binge-watching dramas and playing MMORPG games can now become a sweet, sweet reality, thanks to Nitro 5’s nifty ability to combat screen glares and overheating.

With its in-built 15.6-inch Full HD IPS panel that’s flexible up to 170° and formidable NVIDIA GeForce GTX 1050 graphics and Intel® Core i7 processor of up to 3.80 GHz, virtually every video watched on this laptop will have absolute clarity even when you’re lying flat on your tummy. 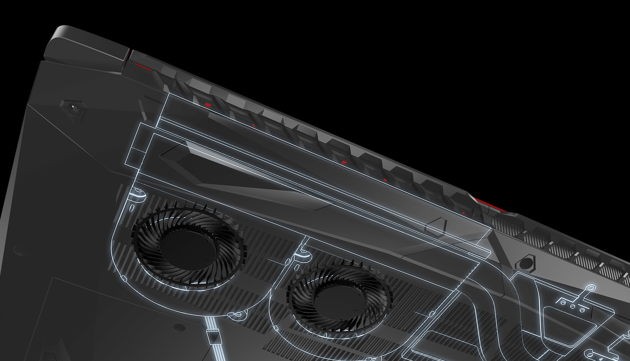 Thank heavens that there’ll also finally be none of that frustrating buffering when you’re watching the latest episode of Stranger Things on Netflix – Nitro 5 boasts up to 16GB RAM, 256GB SSD, and 2×2 Multiple-Input and Multiple-Output (MIMO) technology that allow for faster wireless speed.

Plus, Nitro 5 comes with dual fans and the Acer Coolboost technology. This means that it can keep its temperature down by 11%, and users can even manually control the cooling process if it doesn’t cool down fast enough on its own.

Find out more about Acer’s Nitro 5 here, or get it here. 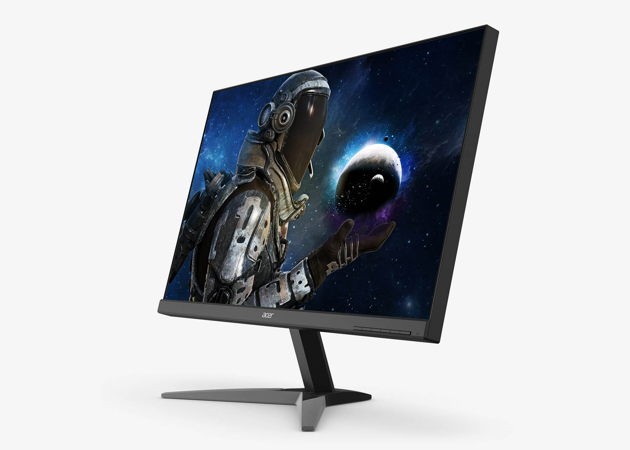 For those of you gamers out there, now’s the chance to get a gaming monitor at a budget-friendly price. We’re not talking just any random gaming monitor as well. Under Acer’s KG271 Display Series is the KG271A, a monitor used for professional eSports tournaments.

There are a total of 3 display monitors in the series, with each of them providing full HD 1080p resolutions, built-in AMD FreeSync technology that eliminates screen tearing, and Acer’s own BlueLightShield technology that protects your eyes from long hours of staring at the screen.

If you’re a hardcore gamer though, give the KG271B a shot instead for an even smoother gameplay with less motion blurring – it has a screen refresh rate of 240Hz, which is almost double that of the KG271A. 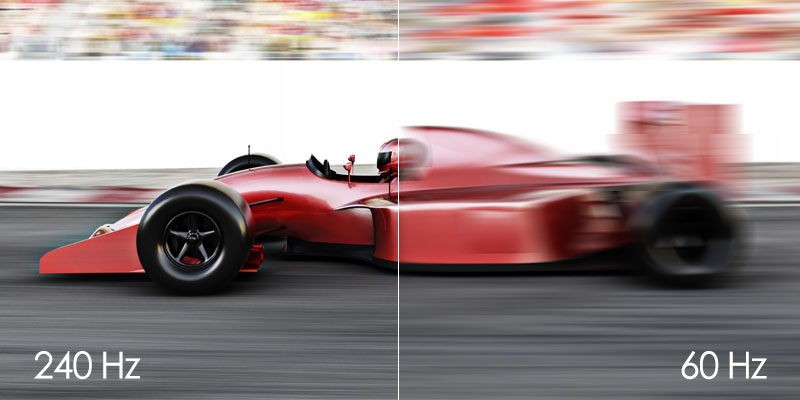 Find out more about Acer’s KG271 Display Series here, and get it here.

Lap up the sweet deals on Acer’s IT gadgets

There are many things to look forward to in December – the end of a school term, year-end holidays, Christmas, and now Acer’s 12.12 Sale. Ranging from versatile notebooks and gaming monitors to laptop carrier bags and wireless mouses, you’ll find what you’re looking for – at a much-needed steal.

On top of that, as an added bonus, Acer’s official store is also giving away up to $200 worth of discount vouchers – simply use the promo code “ACD1250” if you’re spending more than $600 and you’ll be able to get your goodies at another $50 less. Yasss.

Here are some discount codes you can use in December:

5 Group Outing Deals In Singapore With Christmas Discounts To Take A Break From Serial Feasting
6 Christmas Log Cakes From Cafe Noel So Whimsical, They Deserve A Photoshoot Before You...