Standing in a queue can be frustrating, especially when we are hungry and don’t have much time to get grub. Unfortunately, this is a common situation in most of Vietnam’s public schools, where canteens are short-staffed and limited in capacity. This predicament leads to many students spending time waiting in queues and sometimes leaving with empty stomachs.

To spare themselves the hassle of waiting so they could begin their classes on time with a full stomach, a group of Vietnamese students was captured cooking instant noodles for breakfast in their classroom.

In a post shared on Facebook group Trường Người Ta by Khang Dinh Trung Lee on 28th September, a group of Vietnamese students was seen eating instant noodles in class. 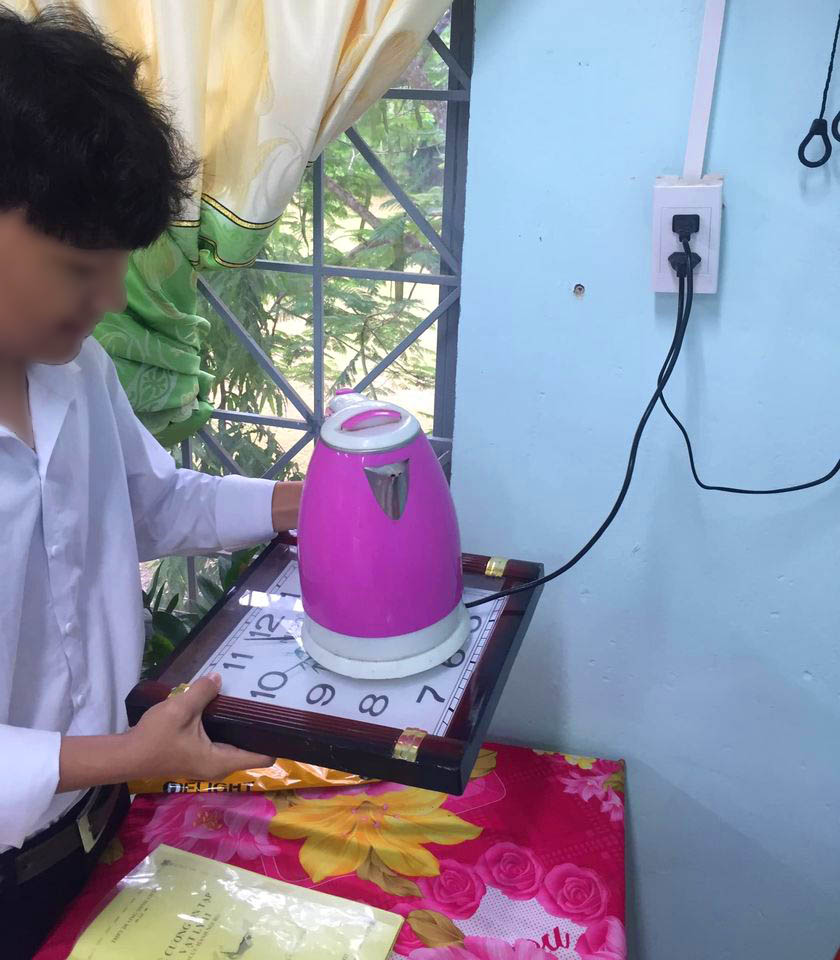 While eating in class is a common sight in many schools, it’s the students’ process of making the noodles that made this post go viral.

“When you’re too tired to wait for breakfast in the canteen,” said Khang Dinh Trung Lee in his caption, explaining the reason behind the Vietnamese students cooking right in their classroom.

To make hot water to cook noodles with, a student used a kettle, which he held up with a wall clock as a tray as the electric cord used to connect the kettle to its power outlet was too short. This student was also patient enough to hold the kettle on the clock with both of his hands until the water was boiled. 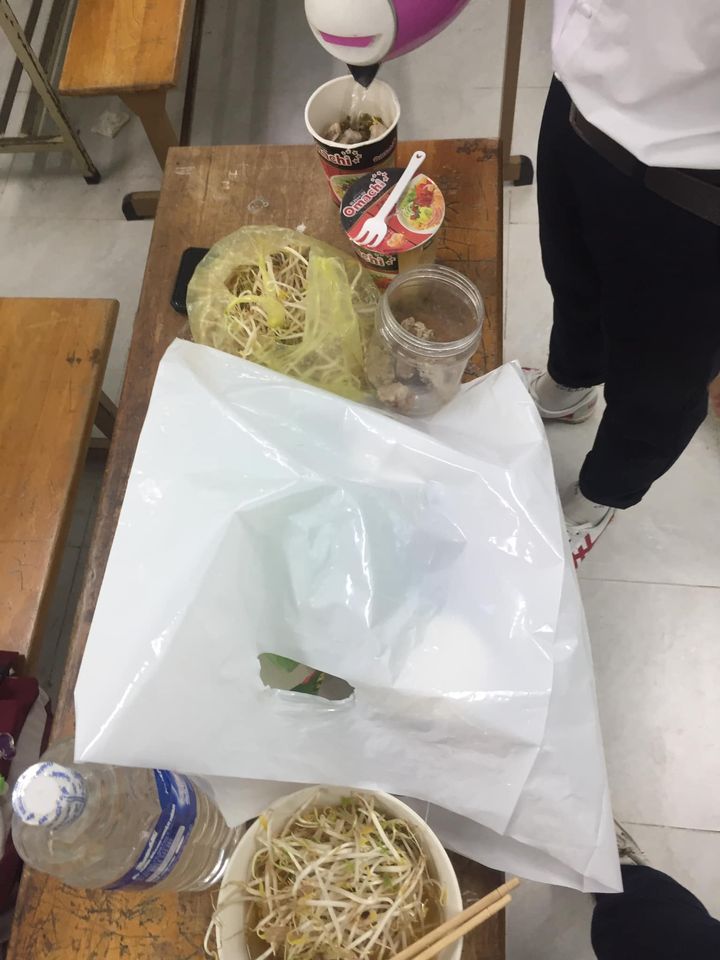 After the water was boiled, the student poured it all over the instant noodles. A student went the whole hog by bringing a bowl to school to make the dining experience more authentic. 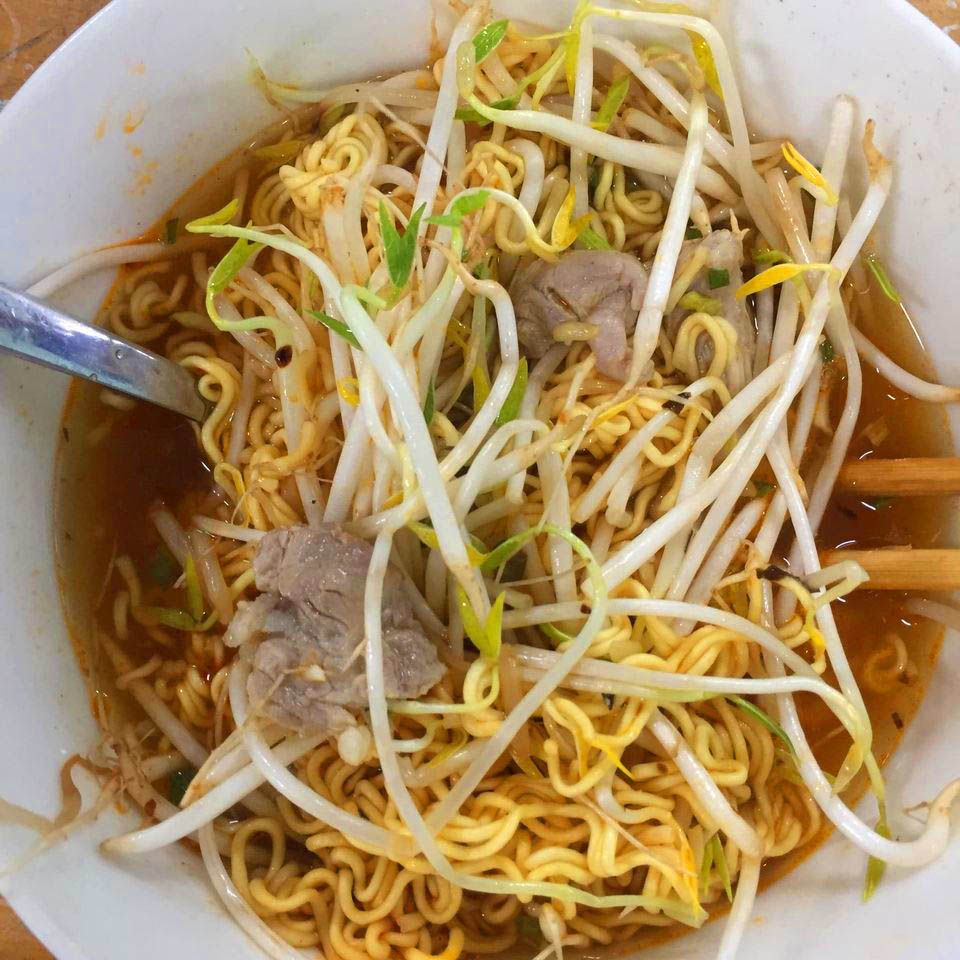 To add more flavor to the dishes, the students even threw in bean sprouts and beef which they had brought from home. A bowl of fish sauce with chili to dip the beef in was also prepared. These instant noodle dishes finally looked like sumptuous homemade breakfasts. 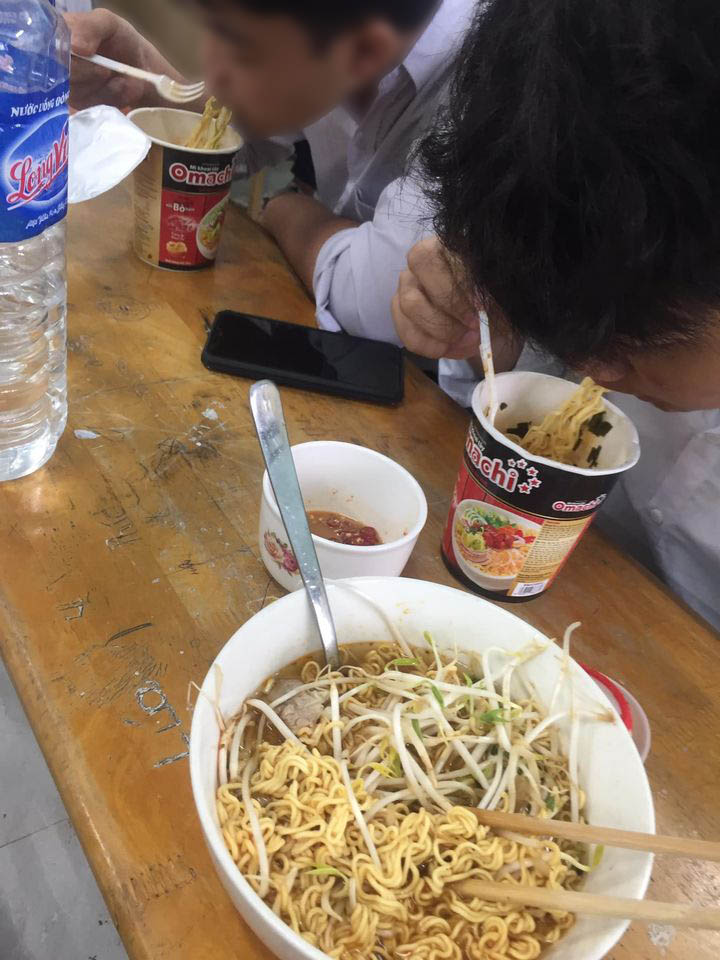 All’s well that ended well – their noodle dishes were complete and they were happily chowing down on their breakfasts before the class bell rang.

Within less than 24 hours since it was first shared, the post drew 22,000 likes, 666 shares, and over a thousand comments and counting. Most commenters praised the students for taking the initiative to avoid the hassle of waiting passively for food in the canteen.

Facebook user Hà Phương commented on the post, tagging her friend, “We could have thought of doing this instead of wasting so much time in the canteen.” 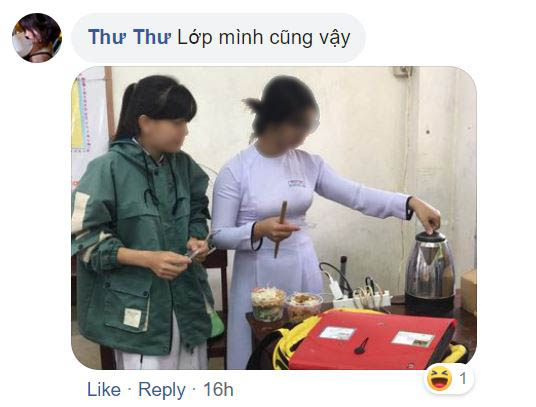 “We do that in our classroom, too.” Facebook user Thư Thư said, suggesting that great minds think alike.

“I used to do that and was punished by being made to write a reflective report.” Facebook user Như Ý Lâm shared her similar school experience which didn’t end up very well for her.

When you are hungry and short on time, the last thing you want to do is to wait in long queues. Unlike office people who can go out to different venues to eat, most Vietnamese students are required to stay inside their schools during the entire school day. This means that unless the students bring their own lunches, they will have no choice but to queue for food.

While using electric appliances to cook inside a classroom without a teacher’s supervision is not advisable, these students’ initiative in filling up their stomachs to get ready for back-to-back classes makes them truly creative problem solvers. 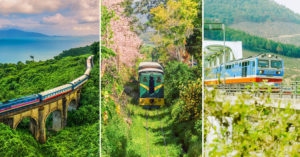 8 Vietnam Railway Routes With Scenic Views To See The Country By Train From End To End
10 Hong Kong-Themed Restaurants & Cafes in Ho Chi Minh City With Authentic Food For... 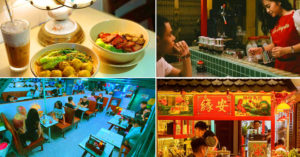