Anyone who has travelled on a long-distance bus, train, or ship in Vietnam must have come across Youtube comedies flashed on the screen at least once. These skits such as Con Sáo Sang Sông, Xe Ôm, and Chung Một Mái Nhà have gained so much playtime on public transportation and raked in record-high views hitting over 70 million on Youtube, a desired number for any Youtuber or artist.

What these videos have in common is that they all feature Chí Tài, an acclaimed Vietnamese comedian based in the US. Chí Tài didn’t possess a handsome face or a heavenly voice that could sweep the audience off their feet. However, his incredible sense of humor has been keeping tired passengers entertained and grumpy drivers awake on long-distance road strips for decades.

Unfortunately, we might need to hold on tight to the endearing images of him in these clips, as they’re now the last we’ll see of him. On 9th December, Chí Tài passed away from a stroke at the age of 62. 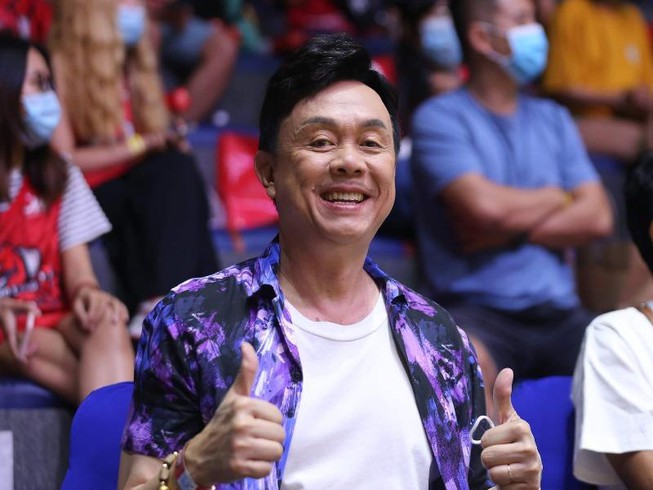 Comedian Chí Tài, 62, died during his daily morning jog at a staircase at Botanic Towers Apartment Building, Phu Nhuan District, Saigon. He was later found by a neighbor who helped call an ambulance to bring him to University Medical Center HCMC in District 5. 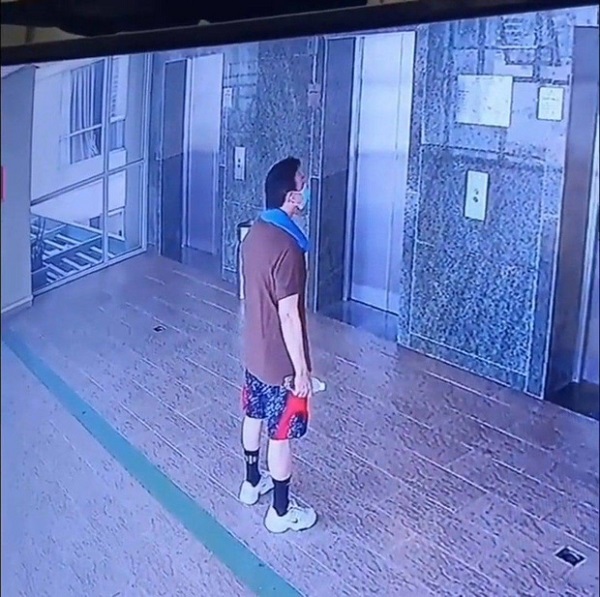 The last image of the comedian captured on the building’s CCTV footage on the day of his passing
Image credit: Doi Song Phap Luat

According to the medical examiner, he died of a stroke, VTV said on Tuesday. 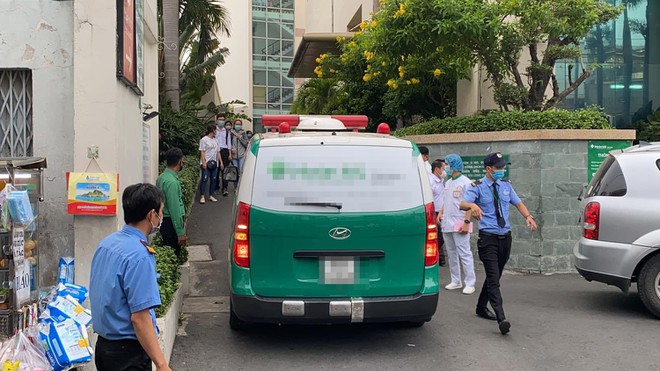 At the time of his death, Chí Tài was living on his own in Saigon. 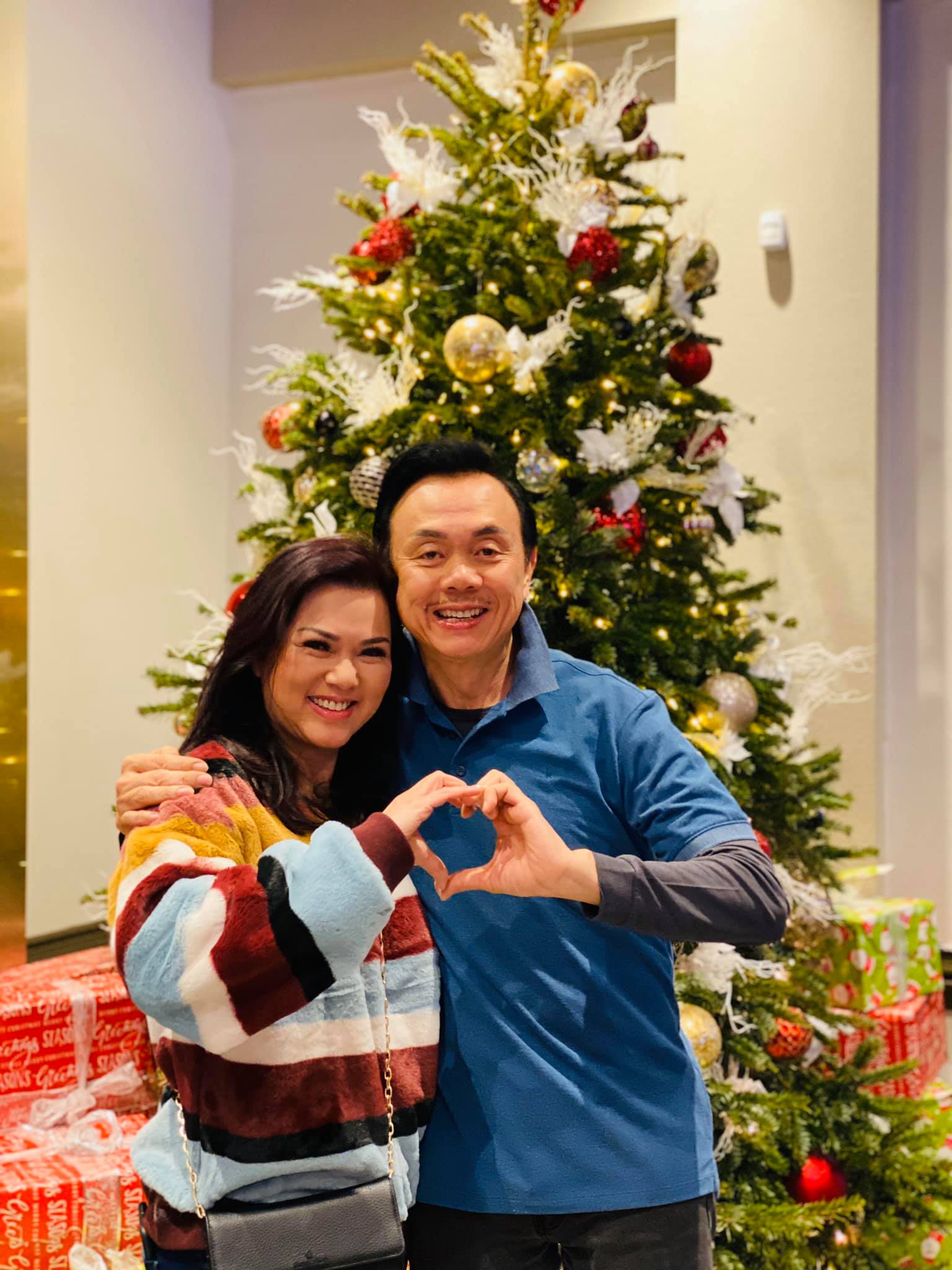 Because of COVID-19, Chí Tài’s wife Phương Loan, who is currently in the US, cannot fly to Vietnam to arrange his funeral-related affairs any time soon.

She has entrusted comedian Hoài Linh, Chí Tài’s close friend, to arrange for his body to be flown back to the US for an official funeral attended by Chí Tài’s family members, a source familiar with the story said. 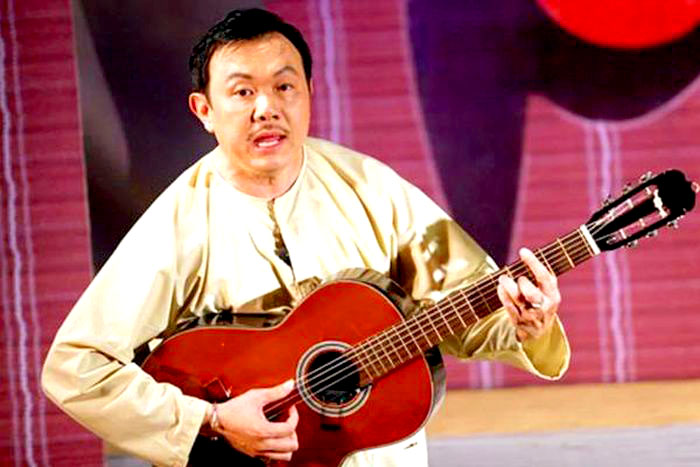 While Chí Tài (1958-2020) has gained the most popularity in the arena of comedy starring alongside his stage partner Hoài Linh, he was also a very talented musician of his time.

After emigrating to the US in 1981 with his family, Chí Tài insisted on pursuing his musical passion by enrolling in a guitar and jazz class near his home. With his father’s allowance, he bought a set of musical instruments and founded a music band called “Chi Tai’s Brothers” that included vocalist Phương Loan, who later became his wife.

Chí Tài’s Brothers soon gained popularity among Vietnamese communities in the US and were invited to perform on the stage of Paris by Night, starting from the Paris by Night 18 Christmas show. He later collaborated with plenty of US-based Vietnamese artists and writers, writing songs and developing soundtracks for them. Little did many know that most of Paris by Night’s comedy soundtracks were created by Chí Tài himself.

1997 marked an eventful turn in Chí Tài’s career as he started to try his hand in an area that he had never been trained in – comedy. 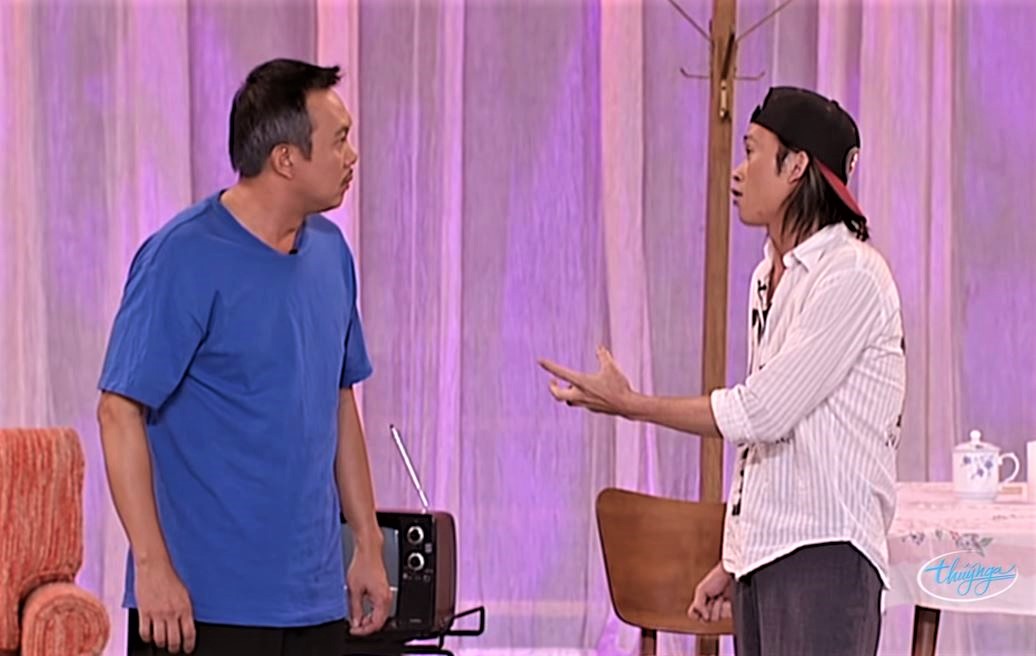 He started to perform with Hoài Linh, who already was an established comedian in the day, in sketch comedies that aired on Paris by Night shows. These skits covered a variety of societal topics, primarily with a focus on the struggles of Vietnamese people living in the US.

Endowed with hilarious facial expressions, comic sensibility, and the laid-back attitude typical of a Vietnamese uncle-next-door, Chí Tài could easily crack the crowds up with his lighthearted on-stage antics and make them feel as if they were in Vietnam. 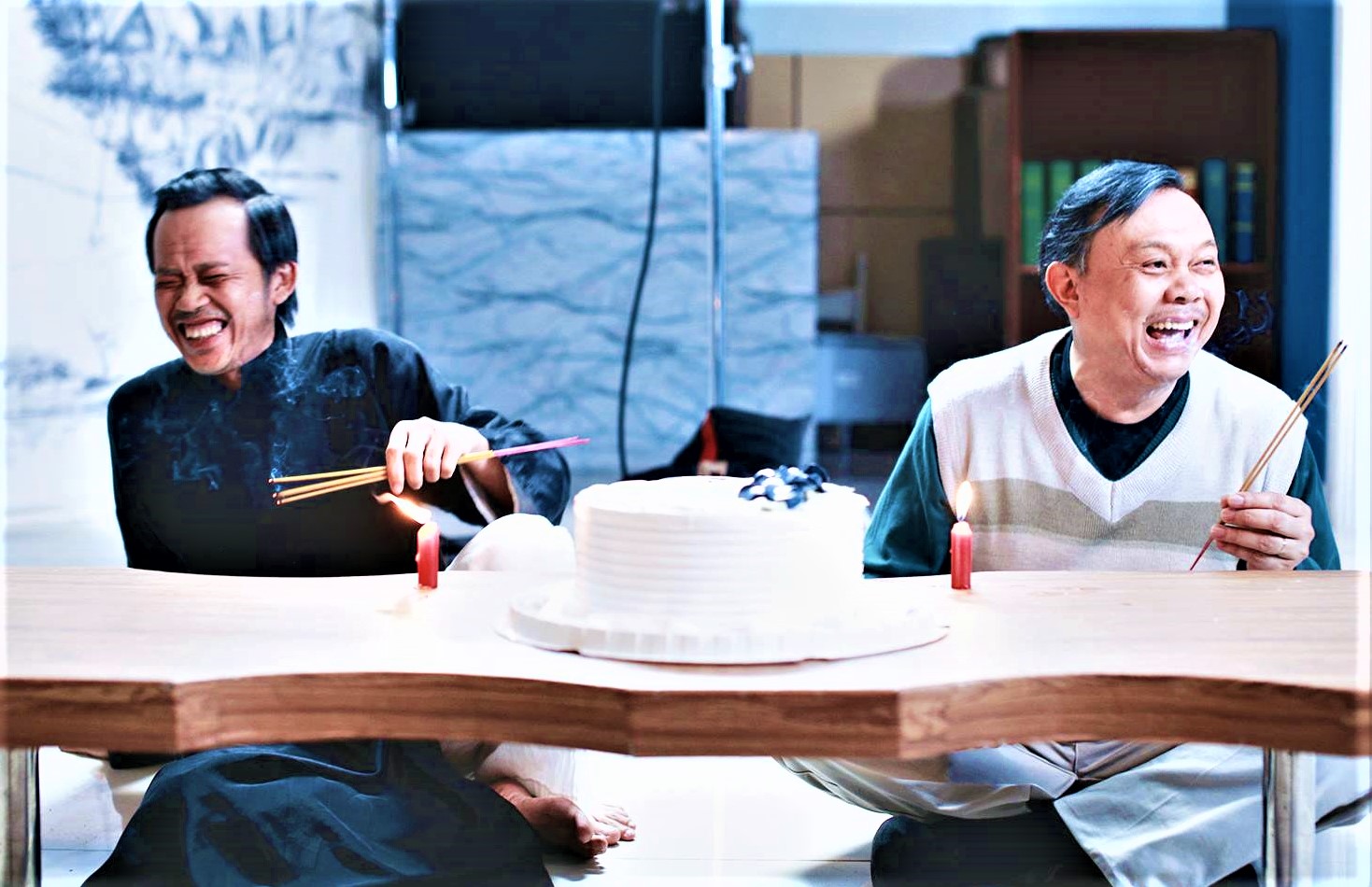 Chí Tài and Hoài Linh were close friends on and off stage
Image adapted from: Dạ Cổ Hoài Lang

Chí Tài and Hoài Linh’s collaborations soon achieved overwhelming reactions from Vietnamese viewers all over the world, and later blossomed into a friendship that spanned over 2 decades.

Some of Chí Tài’s most famous works include Con Sáo Sang Sông aired on Paris by Night 75, telling the story of a family going broke because of their father’s addiction to gambling. This comedy clip has gained over 75 million views at the time of writing. 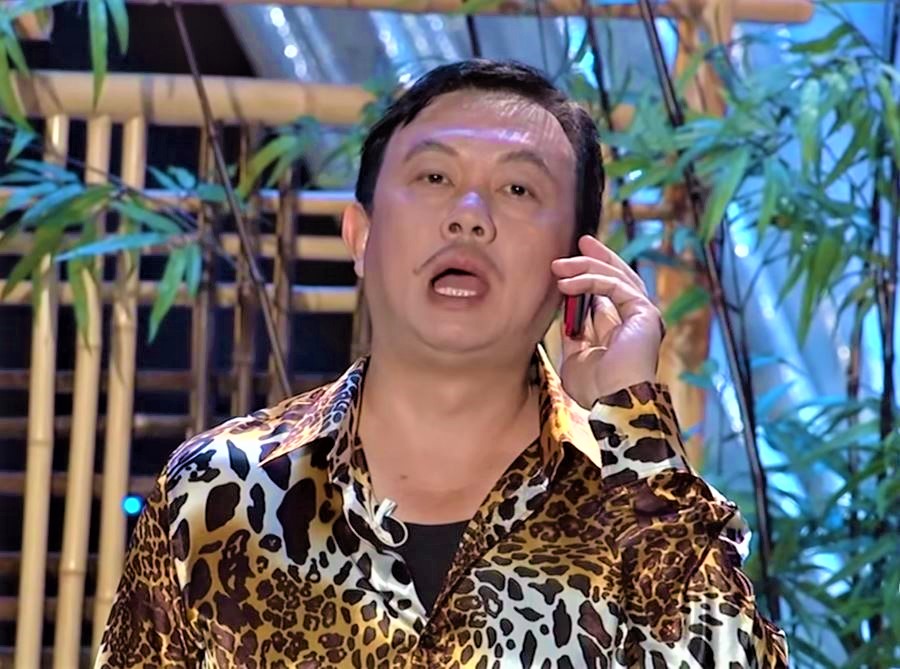 Xe Ôm, a comedy skit aired on Paris by Night 104 about a pitiful biker and a strange customer, has grossed over 51 million views. 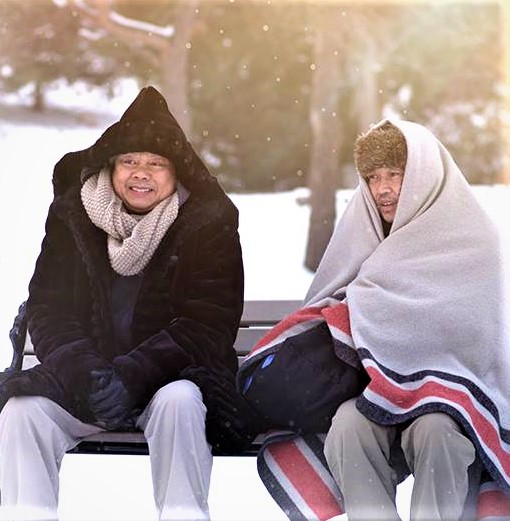 In 2017, Chí Tài starred in Dạ Cổ Hoài Lang (Hello Vietnam), a heart-rending blockbuster about two old Vietnamese men struggling to adapt to life in the US. In this movie, he successfully portrayed the life of a Vietnamese man battling with nostalgia for his home country amid conflicts with his family members.

Fans and celebrities are still in disbelief

A dedicated, talented, and humble artist, Chí Tài has won the hearts of millions of Vietnamese audiences throughout the years.

Fans all over the world and fellow musicians were in disbelief that the 62-year-old, who always exercised regularly and exuded positive energy wherever he went, had passed on.

“If you don’t know [this man], your parents will. This man is a legend.” Hiệp Nguyễn, a Facebook user commented on a post about Chí Tài’s passing on the Subtle Viet Traits Facebook group.

For Vietnamese residents living overseas, especially in the US, Vietnamese comedies that usually featured iconic duos such as Chí Tài and Hoài Linh, Vân Sơn and Bảo Liêm, are like chicken soup for the soul. These comedy performances offer rare moments of joy in their mother tongue language and somehow appeal to everyone’s nostalgia.

Many Vietnamese overseas even use these comedy clips as Vietnamese learning material for their children and grandchildren, so they can learn more about Vietnamese culture and history. For this reason, Chí Tài has been a household name for around 2 generations of Vietnamese living overseas.

Nguyễn Cao Kỳ Duyên, a long-time host on the Paris by Night shows and a prominent figure in the Vietnamese communities in the US, shared her condolences on her Facebook page, “You always brought laughter to everyone. You were adorable, kind, and decent. You were very talented. You could play musical instruments, sing beautifully, crack jokes, perform, and make music. You were good at everything and always gave 100% of your efforts in everything you set your mind to. Nonetheless, what I remembered the most about you is your readiness to assist the people around you, be it on or off the stage. May you rest in peace. Farewell…Chí Tài.”

For the fans who had the chance to encounter Chí Tài in real life, the impression he left in their hearts couldn’t have been more memorable. 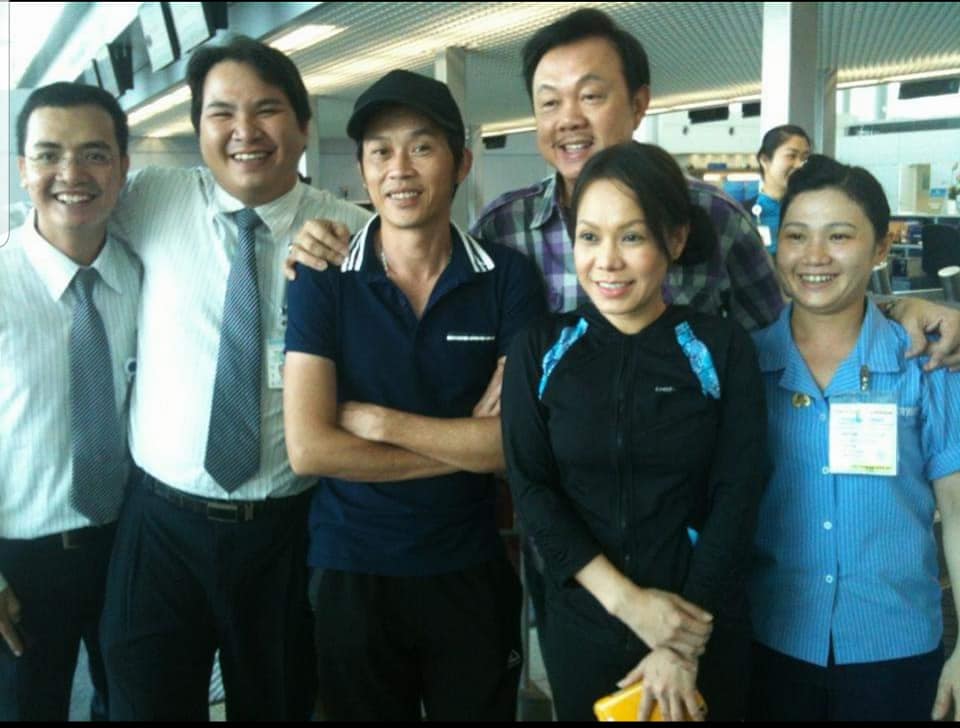 “You’re one of my most favorite celebrities during the time I worked as a passenger check-in officer. Unlike many other celebrities, you were down-to-earth and respectful,” Trần Nhật Nam, a cabin crew member, shared on his Facebook page.

“When people asked to take a photo with you, you even asked us to take some more. You were so approachable and adorable, and that’s how an artist will live forever in audiences’ hearts, right?” he added.

In Saigon, images of Chí Tài have been flashed on street billboards with messages that pay homage to the comedian’s contributions, such as “Thank you Chí Tài, for all the laughter you have brought to our lives.” 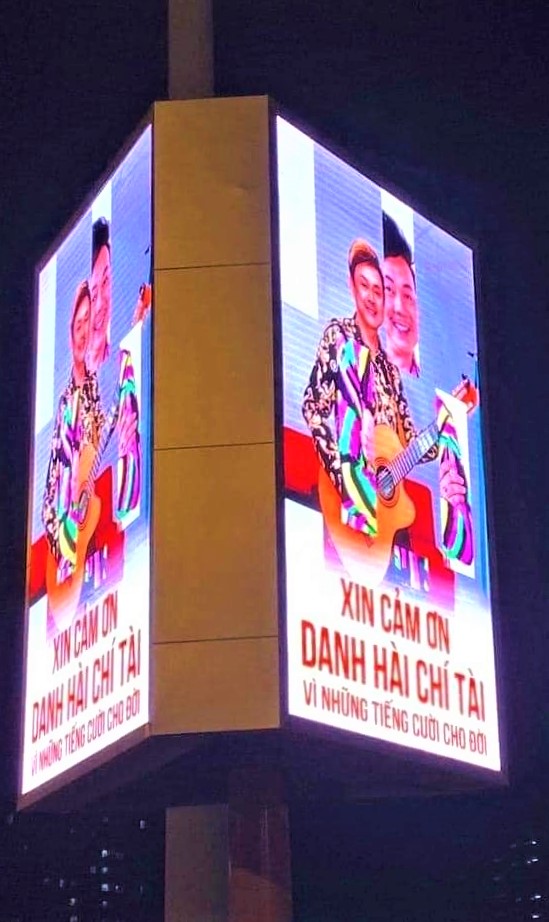 Hardworking, charismatic, and multi-talented, Chí Tài was one of the most influential Vietnamese comedians in our lifetimes. While we mourn the passing of this artist who spent many years of his life bringing Vietnamese people around the world joy and redefining Vietnam’s comic landscape, we should continue to celebrate his larger-than-life career.

Let’s remember Chí Tài as a boisterous uncle-next-door who always greeted us with a shining grin on his face and iconic silly expressions, and pay homage to his legacy by having a blast watching his comedy sketches. 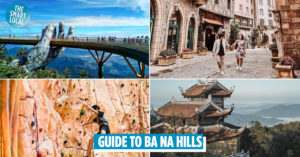 Ba Na Hills Guide: Things To Do From Walking The Golden Bridge To Hopping On Fantasy Park Rides
Vietnam-Made COVID-19 Vaccine Nanocovax To Be Tested On Healthy Volunteers, While 10 Quarantined People Test... 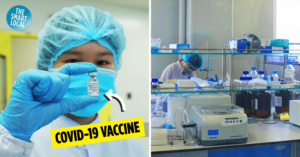