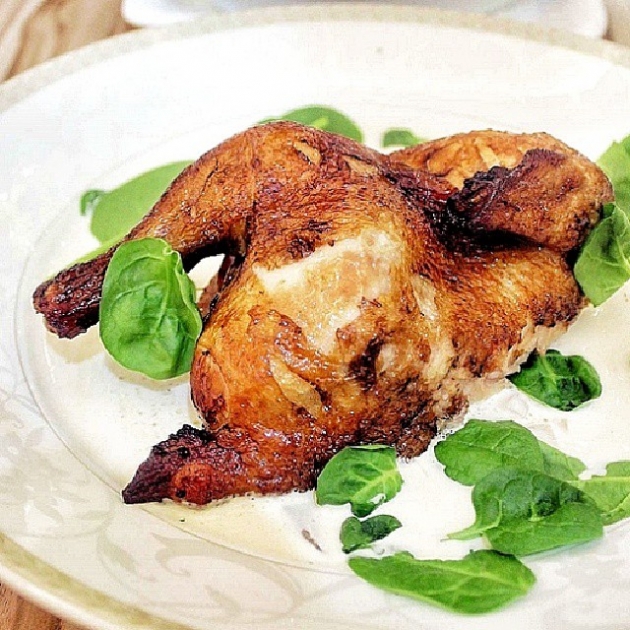 Having opened 10 outlets across our little sunny island in just over two years, casual dining food chain Poulet has made quite its mark in Singapore with their affordable French food.

I recently took a trip down to Poulet to find try out their new festive dishes, created just in time for Christmas. Their festive menu will be available from 3rd November 2014 to 31st December at all Poulet outlets, except Jurong Point. 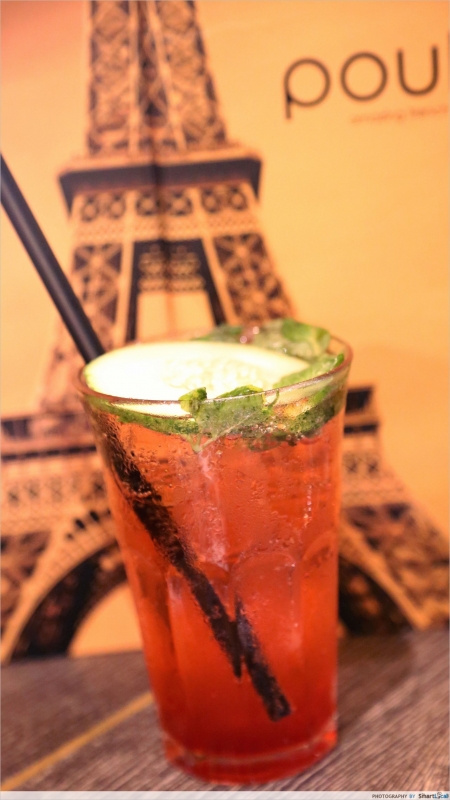 This cooler was one of the 4 new items introduced to Poulet’s festive menu.

Don’t be fooled by the dense layer of orange syrup because this cooler is extremely refreshing and not overly sweet. It also isn’t overpriced like in many cafes and restaurants. 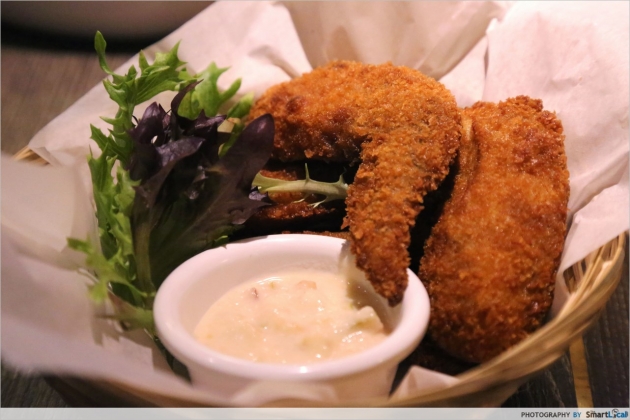 These winglets were well-seasoned and crispy. I first tried it without the accompanying sweet apple dip and was pleased with the invigorating whiffs of cinnamon with each bite. The winglets make an awesome appetiser and won’t leave you with a greasy feeling. 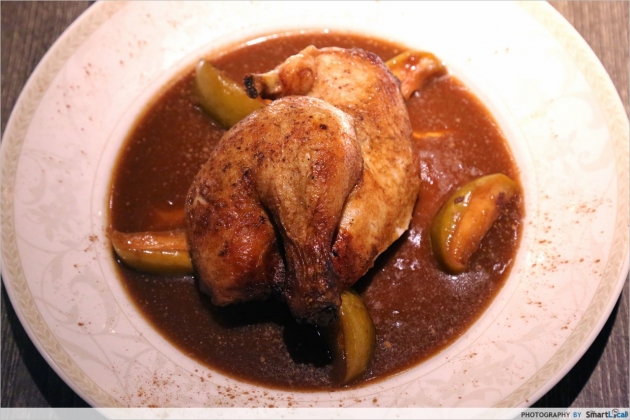 Poulet’s festive roasted chicken was tender and moist, much like the one in their main menu. The only difference is that the traditional brown sauce has been tweaked to infuse cinnamon and apples for a warm Christmas tinge. For those who like their food sweet and savoury, try this!

If I had to compare, I’d choose the original savoury creamy mushroom sauce over this sweet apple sauce – even though I like my desserts, I can’t get over the idea of wolfing down a main course that leans to the sweet side. This sweet apple sauce will definitely put you in the festive mood though as there is something unmistakably christmas in it. 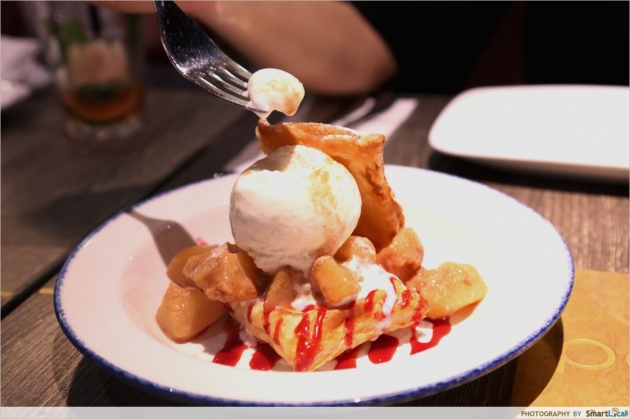 I like the airy and light puff pastry that went well with the French vanilla ice-cream, as well as the delicate browned chunks of pears and apples that were soft yet not mushy. This slightly sweet and tart combination was welcoming after the previous dishes. Overall, this dessert was decent, but nothing too sensational.

We’ve been to Poulet many times, so we’ve come up with a list of some of the must-try dishes here.

Their Poulet chicken in creamy mushroom chardonnay sauce, remains the must-order main. But here are some other side-dishes that you should order while you’re here. 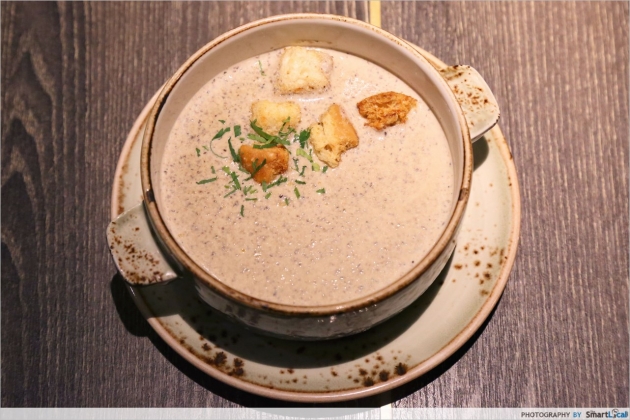 I do not like my soups too creamy or thick. This mushroom soup was surprisingly good and tasted nothing like the generic version you find in most restaurants. I found myself repeatedly sending spoonfuls of this earthy, mushroomy soup into my mouth and the toasted golden-brown croutons added a nice crunch. 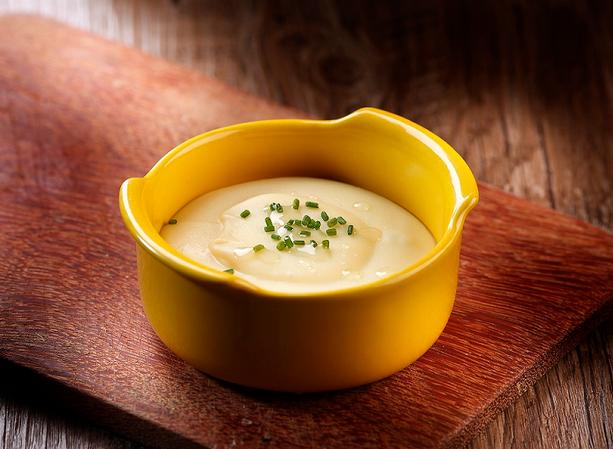 This is definitely my favourite side-dish from Poulet. Infused with truffle oil, it was well-balanced despite the lingering truffle scent and the flavour from the potato wasn’t overshadowed. 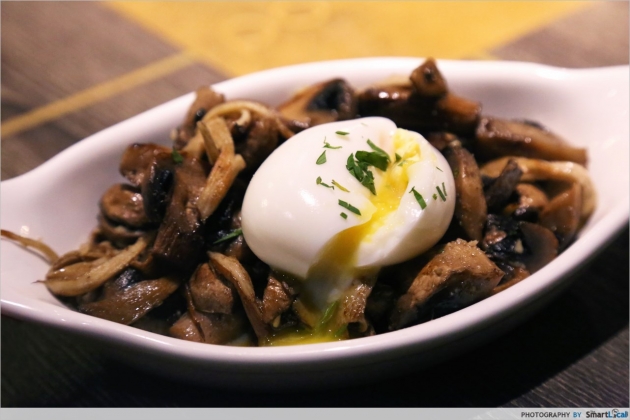 These mushrooms were juicy, tender and lightly seasoned. I really like that it’s buttery without being drippy with grease. Good size for sharing, too! My only grouse is that the egg’s supposed to be poached but it’s soft-boiled.

There were hits and misses with their new festive dishes. The Poulet Roti with Caramelised Apple Sauce wasn’t as good as their usual Poulet Roti with cream mushroom chardonnay sauce, but it does taste unmistakably Christmas.

We also filmed a short-story video for Poulet, which we’ll love for you to check out! 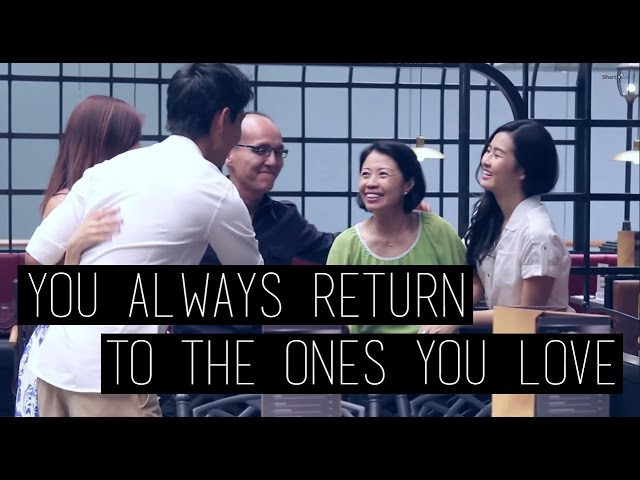 Poulet - You Always Return To The Ones You Love 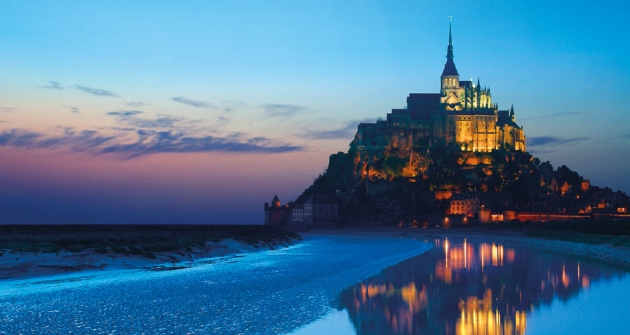 Readers may want to note that Poulet is running a competition this Christmas which will take the lucky winners to France.

All you have to do is order a Poulet Roti with Caramelised Apple Sauce, then tell them in 300 words or less why you deserve to win this amazing land tour over at their website here!