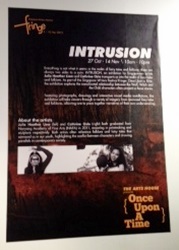 I have a confession.

I will never, for the life of me, understand some art.

To validate that statement, I decided to go see Intrusion @ The Arts House since my film screening was right around the area and I had time to kill. And I thought it would be enlightening. 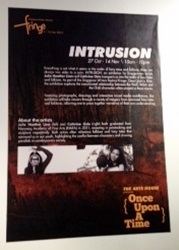 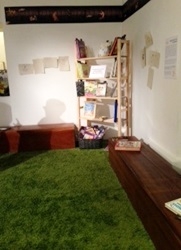 Or maybe I was not.

It was just a series of random drawings and a lot of half-hearted ideas and nothing truly coherent. So I decided to proceed onto the next place. 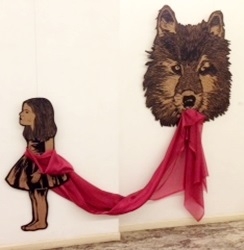 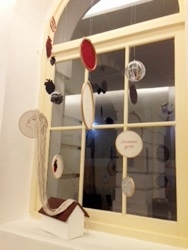 Believe me when I say it’s almost impossible to accomplish,

But this made even less sense.

It was just scattered decorations everywhere, the most prominent being the wolf with a sash around a little girl’s waist, with no small tidbit of information which really begs the question.

Is Art in the eyes of the beholder only as well?

If it isn’t, how can something so simple be expected to represent more than anything shallow and “just there”? I can draw a wolf and a child and I can steal a sash. Does that make me an artist? 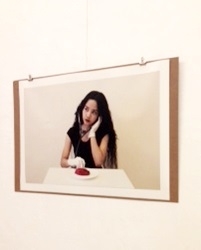 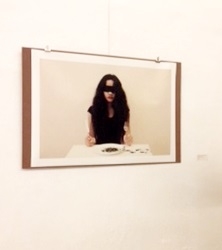 My friend pointed these out to me.

I was trying to give the exhibit the benefit of my drowning doubts but this one took the cake. It seemed as if it was just a series of photographs by a conceited, self-consumed girl.

Whose actions and mannerisms as photographed made no sense. Do we diagnose our food? Do we blind ourselves into eating what we think is natural, contrary to what evolution has shown us?

Is this not art in its laziest form? I just do some stuff and in my head there’s a gigantic meaning to it but in reality when you look at it, you’re supposed to brain storm and just accept that flimsy “meaning” you pulled out of your butt 3 minutes ago to justify my work?

Maybe I’m just hard to impress. Or maybe I don’t have the artistic eye. I do have a very sarcastic tongue though. 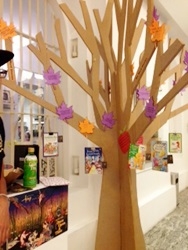 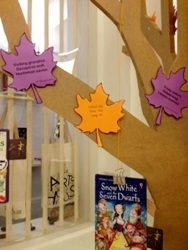 This isn’t part of Intrusion so it made sense.

It was to condense a story into 6 words. And I had fun thinking of my childhood stories and breaking them down according: introduction, middle and conclusion, and coming up with 2 words for each segment.

I will never attend another Intrusion again :/