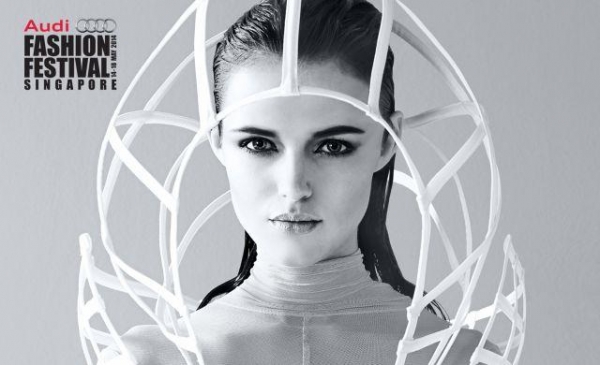 It’s no secret that the Audi Fashion Festival is considered one of the biggest events on the local fashion calendar. What’s great about AFF is how they’re taking something that is usually very exclusive and opening it up to anybody who has an interest in fashion. Here, you don’t have to be a hotshot in the fashion world to score an invite. Anybody can purchase a ticket to check out the works of their favourite designers.

Over the years AFF has hosted huge names from the international fashion scene show, alongside up and coming Asian designers. These include Christian Lacroix, Vivienne Westwood, Marc by Marc Jacobs and Hussein Chalayan.

This year, AFF reaches a whole new level. Opening the festival is Singaporean-born Nepalese-American designer Prabal Gurung, who will be debuting his Fall 2014 line. Closing the festival will be international fashion powerhouse Oscar de la Renta, in his first show in Asia that will feature looks from his Fall 2014 line. Alongside them you’ll see Hollywood star Kate Bosworth and acclaimed Asian supermodel Godfrey Gao.

But not everything is about the international designers. Local designers are also heating things up. Look out for Ashley Isham and the Asian launch of his Menswear Line, and the ever so quirky Hansel returning to AFF.

Another show to watch out for is the Exhibit and Curated Editions collaboration. Exhibit is Singapore’s go-to multi-label store and this show will be the debut of their first apparel collection. Likewise, Curated Editions will be revealing their first ever line of accessories.

The show’s official ice cream is by Haagen-Dazs.

Get the full list of designers and show times at Audi Fashion Festival or book your tickets through SISTIC!