With the COVID-19 pandemic affecting the entire world, many travel plans have had to be postponed, and people are resorting to taking online tours or looking through old pictures of their past travels to satisfy their wanderlust.

This Vietnamese-French couple, however, had more than just traveling in mind when they set out in April 2019 on a cycling expedition that took them from France to Vietnam to raise money for charity. Now, over a year later, they’ve finally reached their destination.

A special honeymoon going from France to Vietnam

Thibault Clemenceau, 29, was born in France and grew up a bicycle enthusiast. Prior to coming to Vietnam, he had already done a 4,000KM trip through Europe with his younger brother.

In 2015, Thibault settled in Hồ Chí Minh City, Vietnam, where he met his would-be wife Khánh Nguyên, a 25-year-old woman hailing from the southern province of Vũng Tàu. 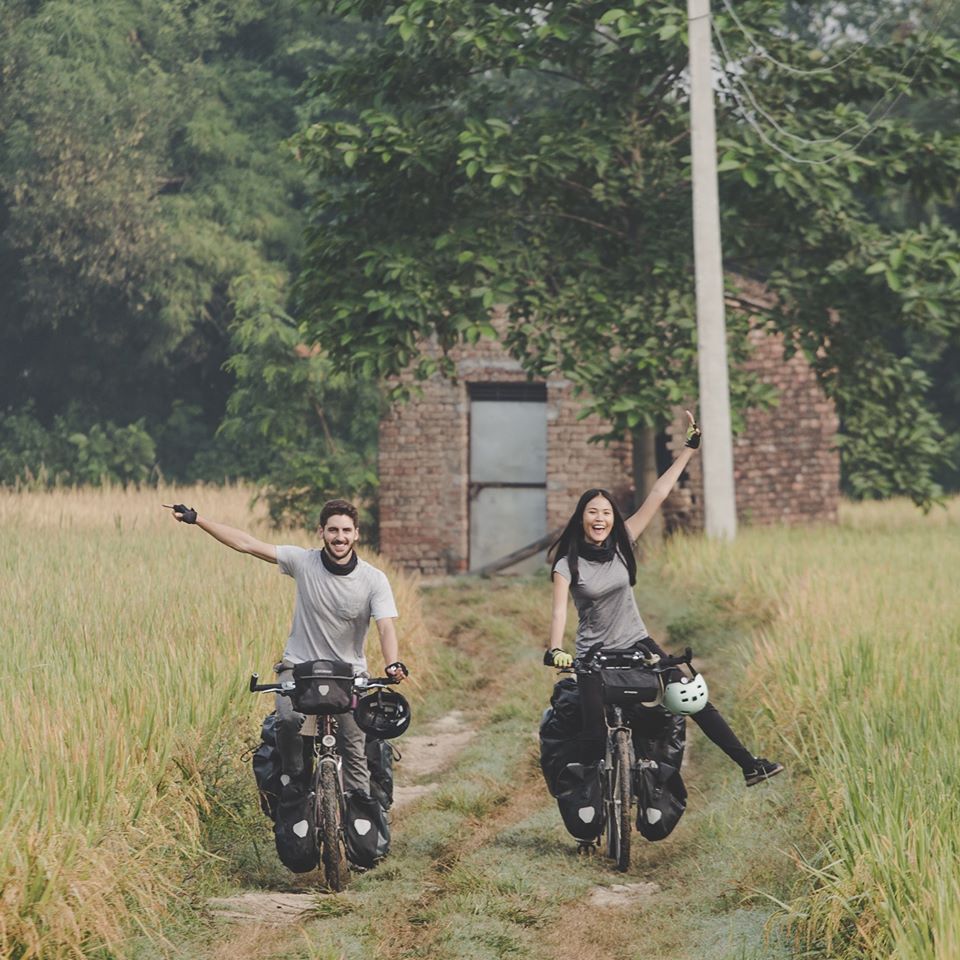 The two became close and got married in 2018. Over the course of their relationship, they have been very active in contributing to “Poussières de Vie” (“Dust Of Life”), a charity organization that aims to create sustainable change in Vietnam by providing disadvantaged children with access to education.

After their wedding, they decided to go on a special honeymoon where they’d cycle 16,000KM from France to Vietnam – something Thibault had wanted to do for a long time – to raise money for the charity organization. 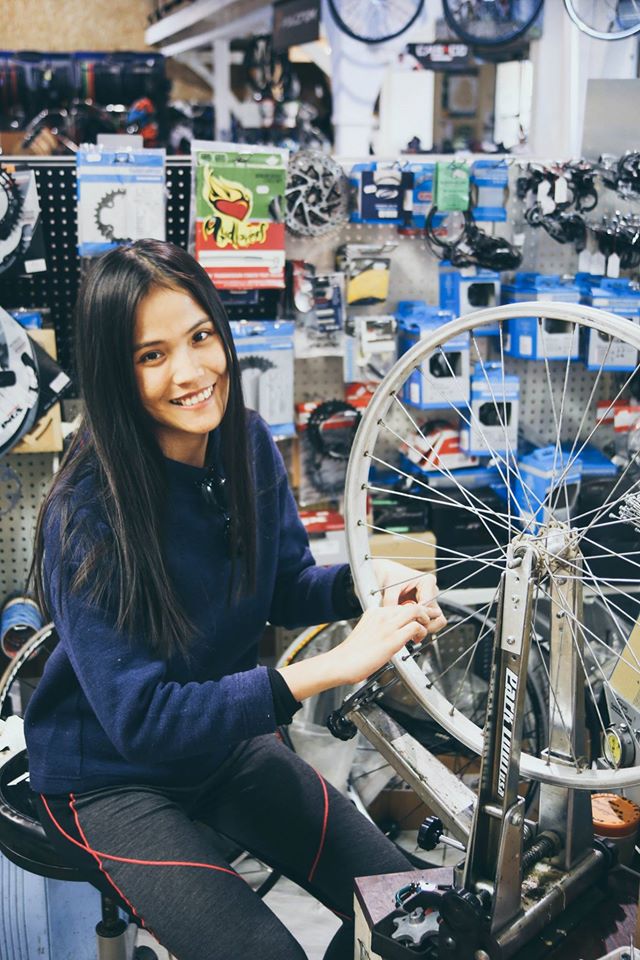 Spending a year to train and prepare themselves for the journey, Thibault and Nguyên set out in April 2019, and last Wednesday, after more than a year since they embarked on this extraordinary journey, they finally reached their final destination in Hồ Chí Minh City. 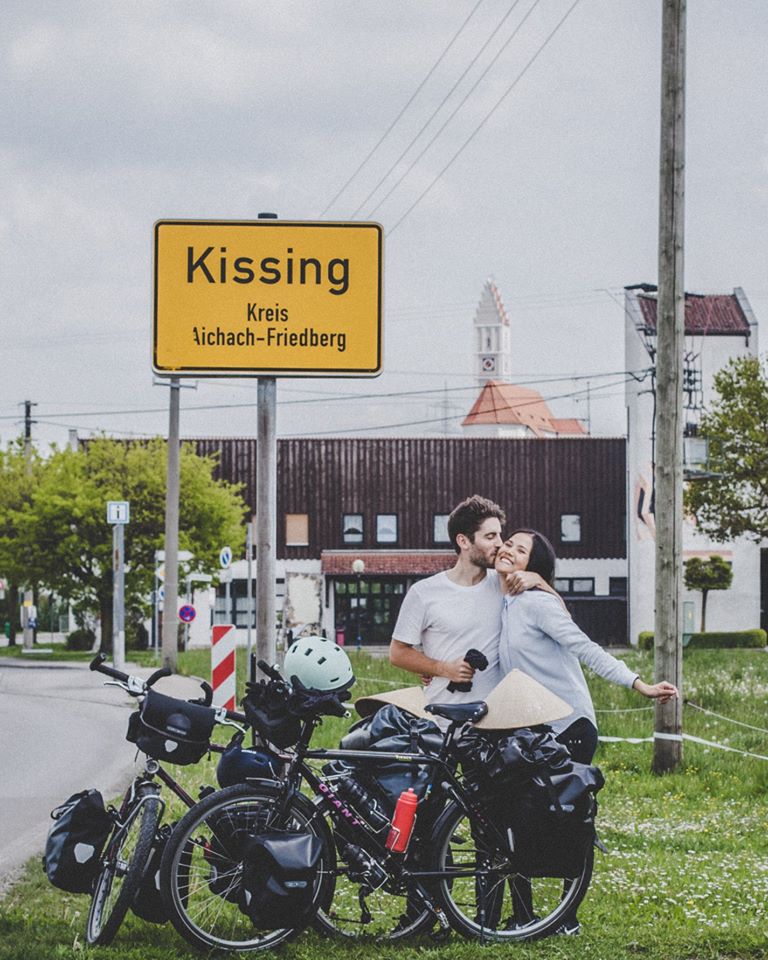 Thibault and Khánh Nguyên originally aimed to raise a total of USD16,000, meaning USD1 for each kilometer they traveled. In the end, though, they exceeded expectations by a decent margin, bringing in a total sum of USD17,415.

On his personal Facebook page, Thibault described the journey as “a lifetime experience with a billion memories to share. [His] entire life won’t be enough to truly digest what happened.” 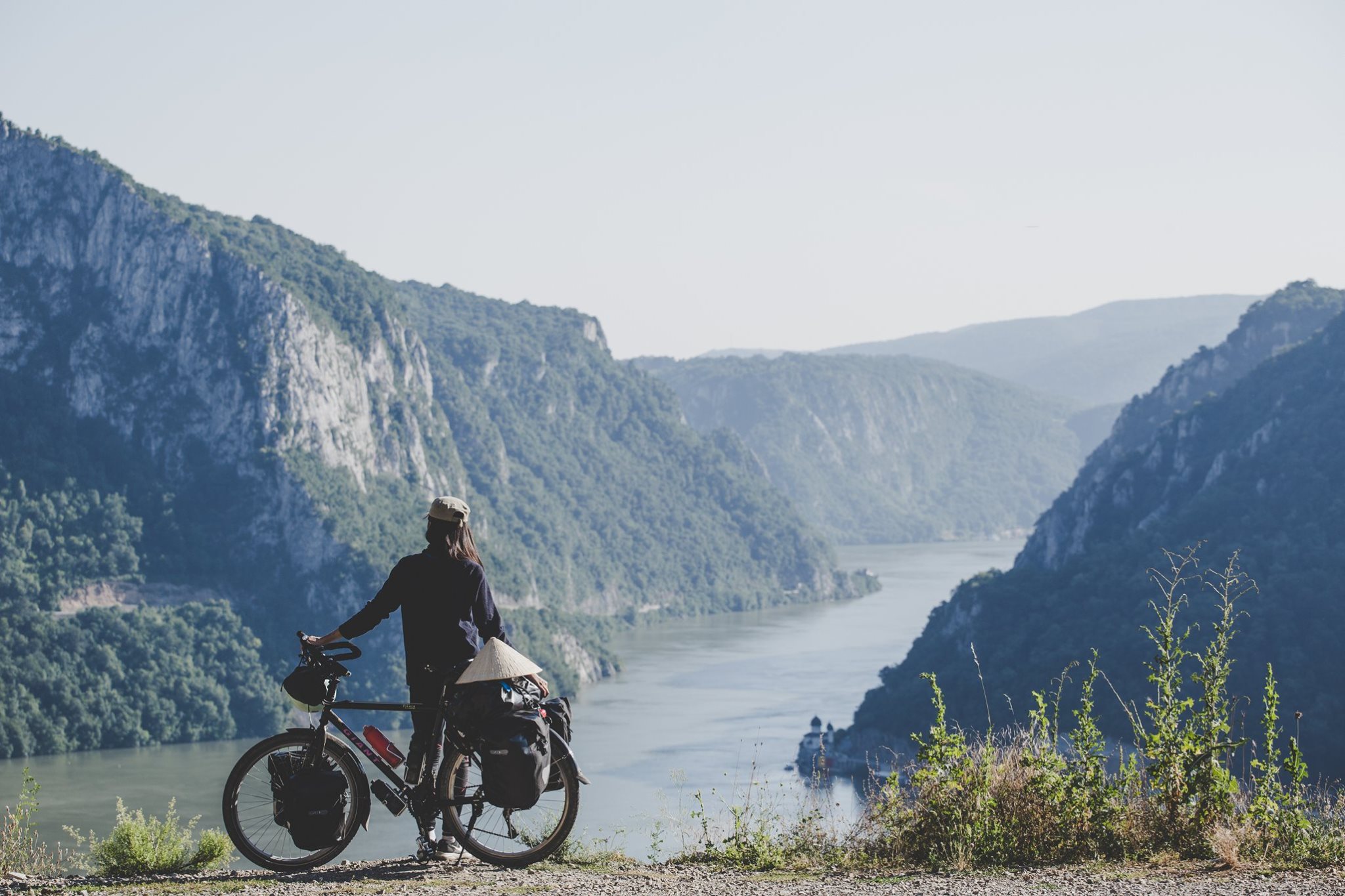 Khánh Nguyên, on the other hand, shared a particularly difficult time during their errand on the Facebook page of their project, which they named “Nón Lá” after the iconic cone-shaped Vietnamese straw hat.

According to her, this difficult time was brought about by none other than the COVID-19 pandemic. She recalled that it was in March this year, when the couple was in the central Vietnamese city of Hà Tĩnh, having just crossed their 15,000KM milestone, that they had to make a difficult decision: to give up or to continue their journey when the COVID-19 situation had made it increasingly difficult to travel. At that point in time, they were a thousand kilometers away from Nguyên’s house in Vũng Tàu. 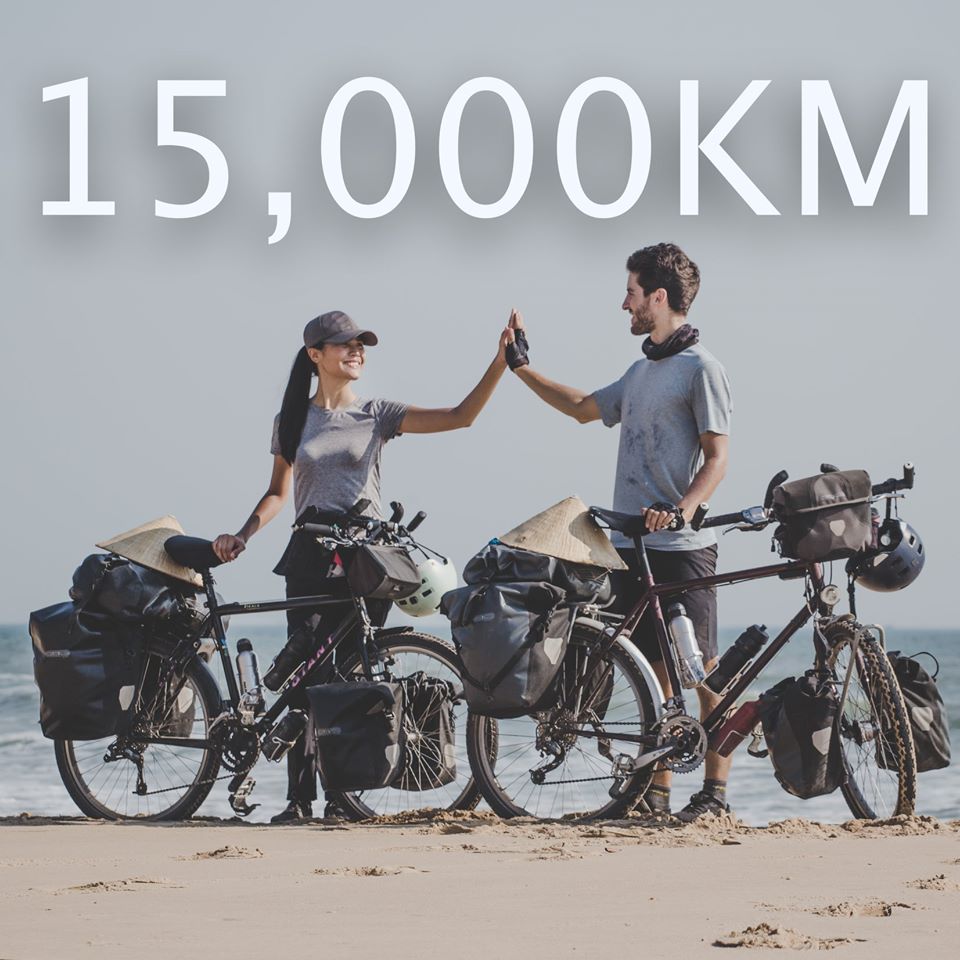 The journey got increasingly challenging after they crossed the 15,000KM mark in their journey
Image credit: Nón Lá Project – Bicycle Adventure

The couple, in the end, decided to persevere, and the next two weeks was described by Nguyên as “a race against time”, where they tried to go as fast as they could. The two of them had to camp outside on several occasions as no hotel would accept Thibault, believing that foreigners were the ones carrying the virus to Vietnam.

Thankfully, friends who were following their journey were willing to lend a hand, and with their help, the couple made it to Cam Ranh City, 350KM away from Vũng Tàu, on 22nd March, where they were picked up by Nguyên’s parents on a car. That was just a week before Vietnam implemented nationwide social distancing rules. 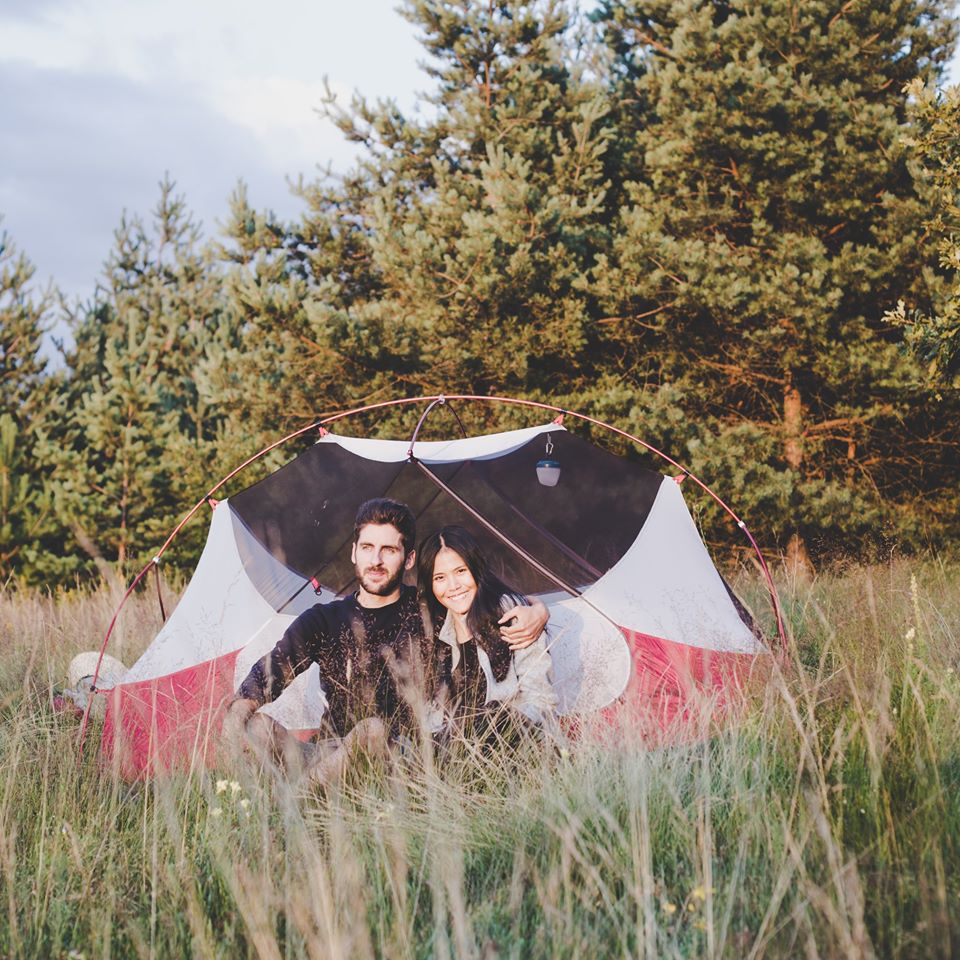 Thibault and Nguyên stayed at her parents’ house for over a month, until the COVID-19 situation was brought under control here and it was safe to travel again. So last Wednesday, the two cycled the last 75KM from Vũng Tàu to Hồ Chí Minh City to officially complete their quest.

Vietnamese-French couple cycles around the world for charity

With an adventurous spirit and a will to help those in need, Thibault and Nguyên have achieved an incredible feat. Not only did they have the honeymoon of a lifetime, but their efforts will no doubt help improve the lives of countless children. Massive props to them for their resilience and courage. 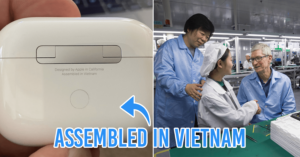 iPhone Gadgets May Get Cheaper For Vietnamese As Apple Plans To Make Its AirPods & Other Accessories Here
Vietnam Enters 36th Day Free Of Community Transmission With 2 New Recoveries, However Threat Of... 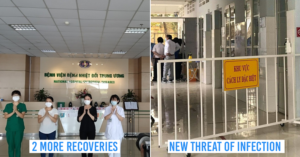