The COVID-19 situation in Vietnam is steadily brightening up by the day. Since our last update yesterday, the country has recorded only 4 new COVID-19 cases, just as many recoveries, and no COVID-related deaths.

Meanwhile, 2 patients who had been in critical condition are showing signs of recovering. A man getting his temperature checked at a medical facility

Of the 4 new cases, one was associated with the COVID hotspot of Bạch Mai Hospital in Hanoi, while the other 3 are Vietnamese nationals returning from Russia in late March on the same flight.

Case 242 is a 34-year-old woman from Ha Tĩnh Province. She had been living in Russia before returning to Hanoi on 25th March.

Case 243 is a 47-year-old man from Mê Linh District, Hanoi. He took his wife to the Bạch Mai Hospital for a health checkup on March 12. He had his samples taken for testing on 4th April despite showing no symptoms, and the results came back positive yesterday.

Case 244 is a 44-year-old woman from the northern province of Quảng Ninh who worked at a fast-food restaurant in Germany. She flew from Germany to Russia and later boarded the same flight as Case 242 to return to Vietnam on 25th March.

Case 245 is a 21-year-old woman from the central province of Nghệ An who was a manicurist in Spain. She flew from Spain to Russia and later boarded the same flight as Cases 242 and 244 to return to Vietnam.

All 3 overseas arrivals were quarantined upon landing. 4 patients were also declared free of COVID-19 yesterday evening, bringing the total recovery count in Vietnam to 95. These include:

The Ministry of Health also announced that 2 critically ill patients at the National Hospital of Tropical Diseases in Hanoi, a 64-year-old Vietnamese woman and a 69-year-old man from the UK, have had their test results come back negative thrice in a row. They are still being closely monitored at the moment.

Most notably, the woman, who suffered from respiratory failure on 15th March, now no longer requires life support.

Vietnam is showing good results in the fight against COVID-19

The COVID-19 numbers have been looking promising for Vietnam for the past few days. Let’s hope we can keep this up and completely snuff out the pandemic in the country in the near future.

For more COVID-19 stories in Vietnam, check out: 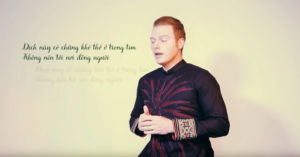 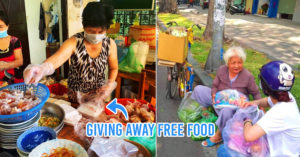