A few months ago, photos of Vietnamese men wearing ao dai to work in Hue sparked online debates on the revival of the ao dai-wearing tradition among Vietnamese men. Netizens also suggested that more companies and schools in Vietnam promote ao dai wearing among men to help preserve the tradition.

While the idea of men wearing ao dai to work sounds like an innovative idea to many, it’s a daily habit and nothing new for some. For university professor Ho Minh Quang, ao dai has been his everyday office wear for the past decade. 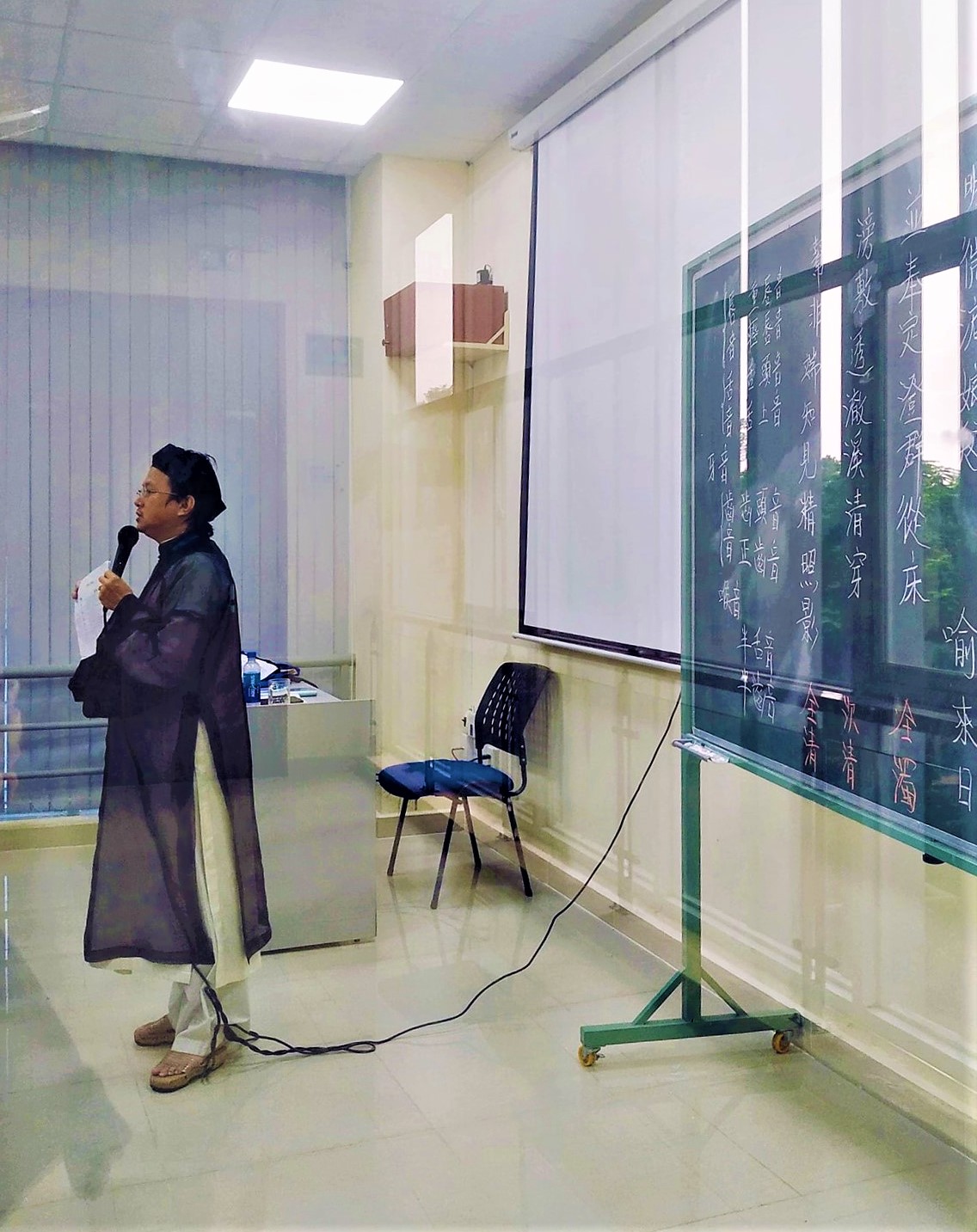 On 5th November, a photo of a Vietnamese teacher wearing ao dai while teaching in class was shared on Facebook group Cháo Hành Miễn Phí by user Nguyễn Ngọc Yến.

The teacher in the photo is Professor Ho Minh Quang, Head of the Faculty of Eastern Studies at The University of Social Sciences and Humanities of Vietnam National University Ho Chi Minh City, where he teaches Sino-Vietnamese characters as well as the cultures and histories of Asian countries such as China, Japan, and India. 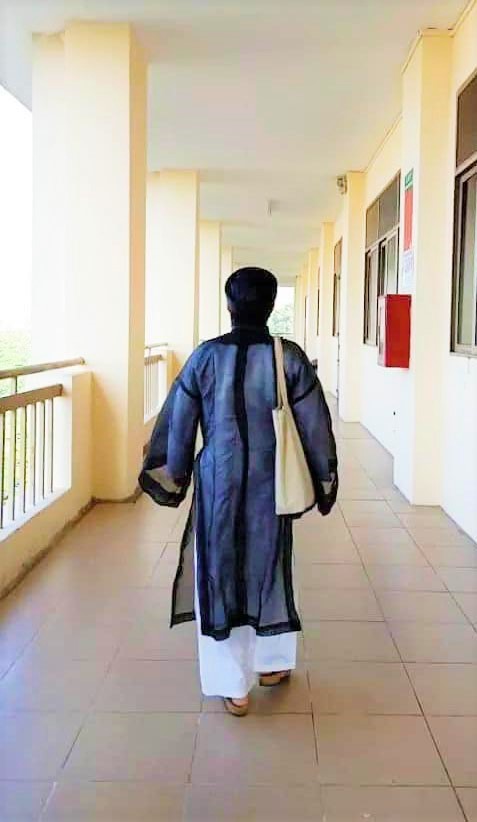 According to the source, even though ao dai is not the university’s compulsory dress code, Professor Quang wears ao dai to work on a daily basis to preserve traditional culture. 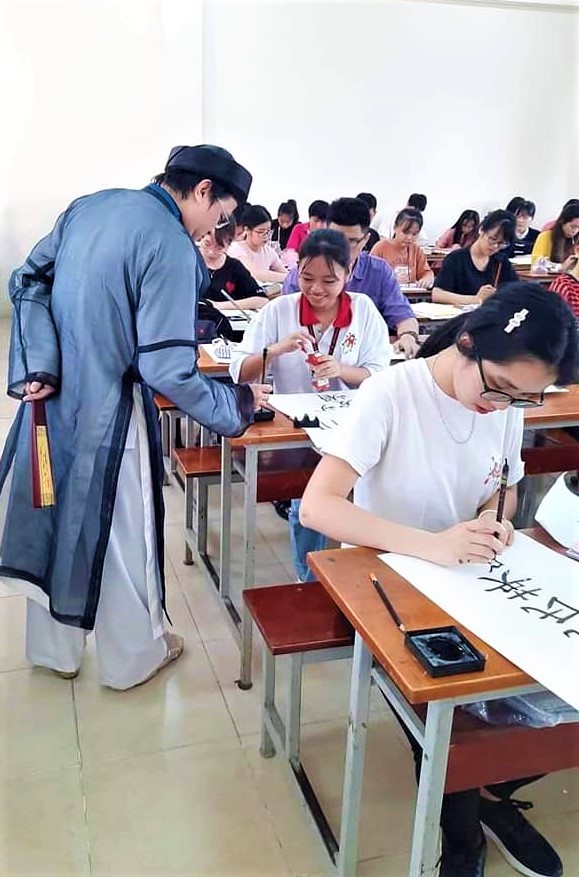 As if a man wearing ao dai is not impressive enough, Professor Quang completes his fashion statement with a silk headband, wooden slippers, and a paper fan for a full-on traditional get-up. 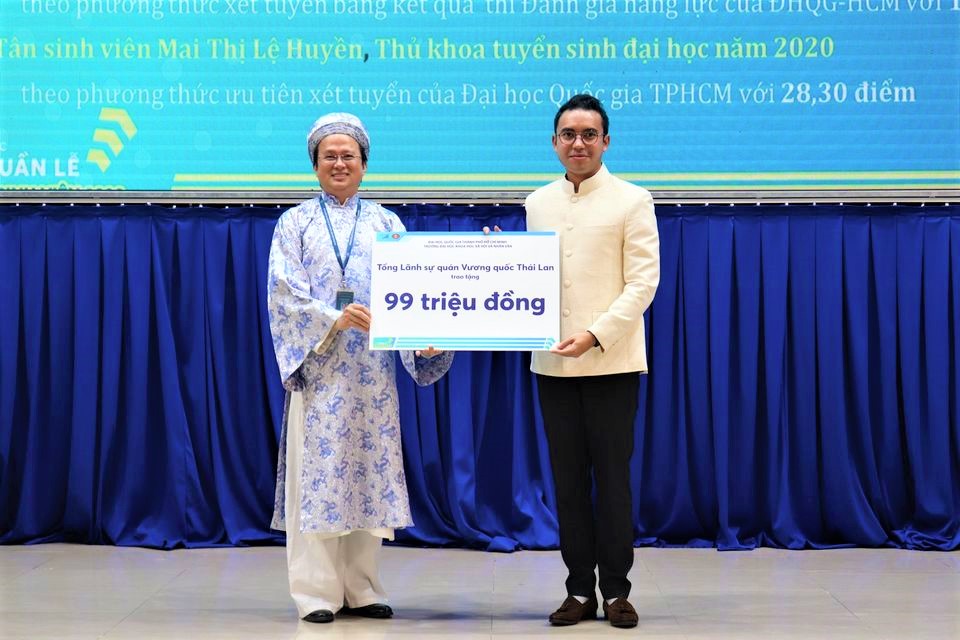 Netizens are impressed with his unique work wear

The photo of Professor Quang in ao dai quickly garnered attention from local netizens, earning over 21,000 likes at the time of writing and over 800 comments praising his unique sense of fashion.

Facebook user Minh Châu commented on the post, “I had the chance to meet and talk with him. He’s very cute. Because he’s in charge of researching and teaching Vietnamese history, he’s very passionate about Vietnamese traditional garments and always wears ao dai to work.”

While a number of men across the country endorse the idea of wearing ao dai, many falter at the idea, especially high school students who must follow their schools’ dress codes. 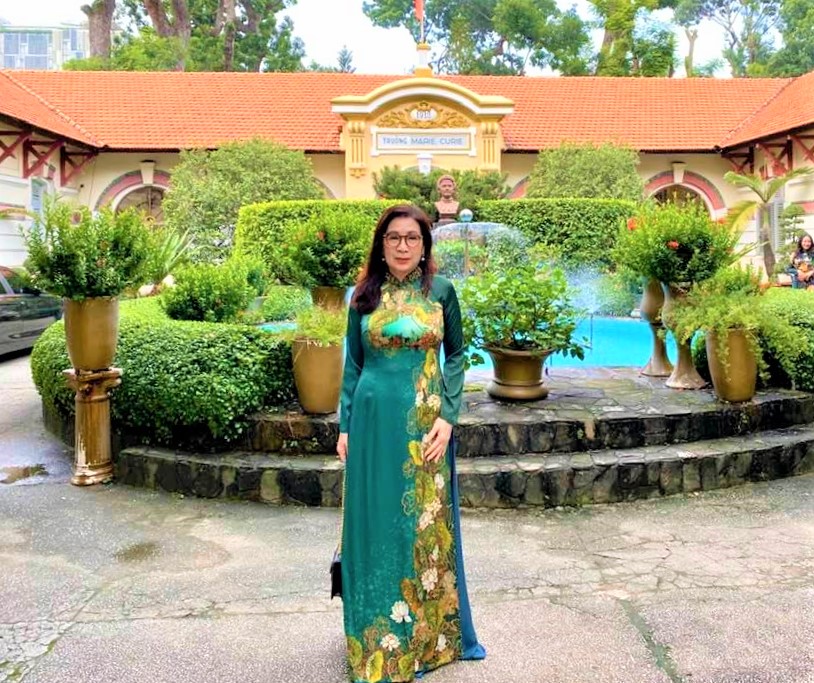 She proposed having male students wear ao dai to school every Monday while attending their weekly flag-raising ceremony. While her suggestion was well-meant, it has sparked heated debates among male students and parents. 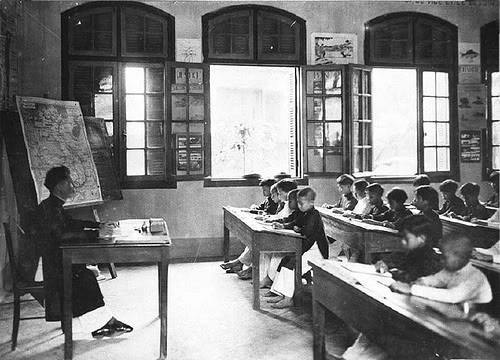 While some are excited to see the revival of tradition since ao dai was Vietnamese male students’ nationwide uniform a century ago, many have expressed concern. 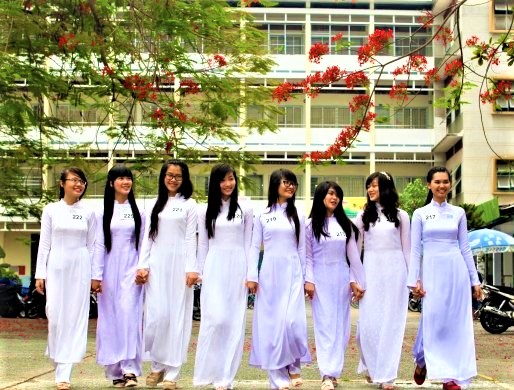 With the overwhelming popularity of Western daily wear in Vietnamese schools, persuading male students to switch to ao dai will be a daunting task. Even though ao dai was historically worn by men and women, it has taken on feminine connotations that not every man might be keen on, and can be impractical for all genders during hot weather.

Professor Quang is a shining example to his students about representing our culture through the simple decisions we make in everyday life, such as fashion. He could have chosen more convenient and popular Western-style clothing to wear to class, but he chose the elegant ao dai that’s made him a respected cultural ambassador instead.

Besides special events such as Tet, we can all try to don an ao dai on more everyday occasions to represent our cultural heritage and identity. 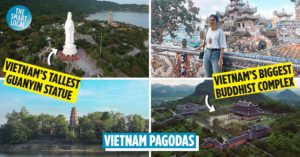 10 Pagodas In Vietnam With Magnificent Architecture To Marvel At & Find Inner Peace
12 Bakeries In Hanoi With Cheesecakes, Tarts, And More To Satisfy Your Sweet Tooth 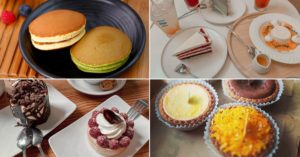