If you haven’t heard of Abhigya Anand by now, he’s known as the world’s youngest astrologer who made waves for his startling prediction of the COVID-19 virus way back in August last year.

In his initial video, the 14-year-old shared that the world would face a widespread disease and global crises due to planetary alignments.

This was met with a fair share of both awe and criticism after it resurfaced this month – the little boy gave some people hope that the virus would see a near end, while others felt that these were baseless assumptions pulled out of thin air (or rather, the cosmos).

Well, Abhigya is back with an update – and this time, things aren’t looking too good according to him.

TSL’s note: Information shared is up to reader’s discretion. Whether taken with a pinch of salt or not, do remember that the most important thing we can do is to stay calm and avoid paranoia, whatever our beliefs may be!

Folks, let’s take a seat. Abhigya has pulled the rug from underneath regarding a possible end to COVID-19’s madness come 29th May. It was first explained that the unlucky planetary axis causing this mess will be “broken” on said date, thus bringing back some order to society. However, the astrologer clarified this in his latest video, stating that the virus was only going to “gradually decrease” after the end of May.

He also acknowledged his sudden fame across mainstream media. “Some people all over social media […] have written articles about my predictions, stating that [the] coronavirus will end on May 29th,” he said.

He then asked people to understand his perspective differently, adding an important piece of information; “This small reduction in [the] coronavirus spread will be there only for 2 days.”

Turns out, we’ll have to wait a little longer. According to Abhigya, the planet Mercury will once go back into “retrograde”shortly after 29th May.

The teen predicts that things surrounding COVID-19 will only start to slow down from the month of July onwards.

Basically, Mercury will be in retrograde – that’s a phrase some of your horoscope-crazy friends might grimace at. In modern astrology among the social media generation, this phenomenon is believed to cause dips in communication, travel, and thinking, which can supposedly lead to frustration and distress.

From a scientific point of view, however, this refers to the illusion of Mercury’s orbit appearing to move “backwards” – no actual evidence to back up your bad luck or mood swings here. After all, there’s a difference between astronomy and astrology, which is no stranger to the pseudoscience debate. In his video, Abhigya claimed that it’s possible we will find a vaccine for COVID-19, but warned that “more viruses will come” along with an economic collapse towards the end of the year, based on his astrological analysis of planetary conjunctions.

That’s not it – he even mentioned a possibility of “superbugs” in the future…no thanks!

He went on to share some tips on how humans could help improve our immunity system in order to protect ourselves, like:

The teen also mentioned that we should be kinder to Mother Nature during this time.

It’s important to realise that these suggestions come steeped in Abhigya’s personal beliefs in Hinduism and Vedic astrology, which understandably not everyone would agree with.

Netizens were quick to point this out, urging others to keep an open mind when watching the video.

Others decided to share their own opinions and take on his predictions.

No matter what we choose to believe in, there’s no denying the curiosity that surrounds Abhigya and his predictions – just as many others have prophesied all sorts of global events over the years.

Personally, I’m staying rooted in the science camp; but if a little bit of mysticism helps bring a peace of mind to some of us out there, that’s cool too.

Ultimately, it’s important that we stay calm and spread information responsibly. That means no fake news on WhatsApp, ok! 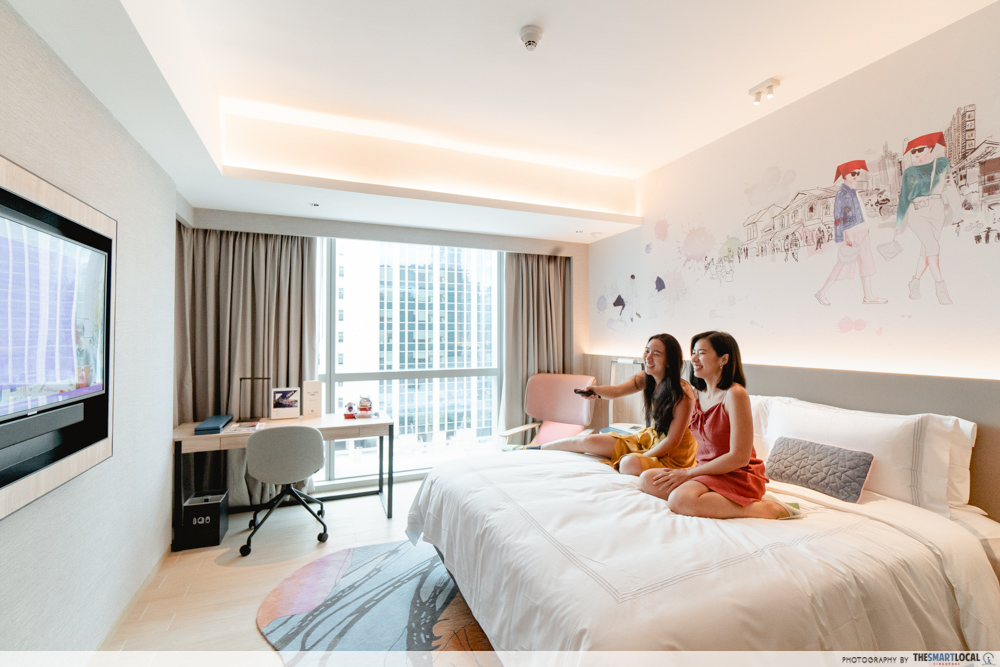 Keep yourself and others around you safe by just 👏staying👏at 👏home 👏and being up to date with the latest official updates on the pandemic.

We don’t know what the future might truly bring, so here’s to hoping we’ll figure it out someday soon!

What do you think of Abhigya’s predictions? Let us know in the comments!

Things to do indoors during COVID-19: