Update, 9 April: This little astrologer is back with updates – read about it here!

Astrology. Some people love it (re: horoscopes), some people can’t begin to comprehend it. But turns out, the answer to COVID-19 might just be lying in the cosmos.

Turns out, Abhigya accurately predicted what we know now to be the novel coronavirus, a.k.a COVID-19.

In his video, which went up on 22 August, Abhigya mentioned that there would be a “widespread disease across the world”. He went on to share that the world would be faced with bad crises and even a “time of war”, namely from November 2019 to April 2020.

Or in his words, a “sinister semester”. Oof. Abhigya gave his presentation with a full chart prepared too
Source

Strangely enough – while not directly referring to the virus – Abhigya said that China “would be badly affected” due to planetary alignments and an unlucky lunar eclipse causing a rise in global tensions, which would peak on 31st March.

On that note, he shared that “rich” countries would go on to take a huge hit economically – an unnerving foreshadowing of the coming risk of recession. In a new video that went up on 26th March, Abhigya reviewed the global COVID-19 situation and explained why the planets aligning had a part to play in this.

31st March was predicted to be the climax of crisis because “Mars will conjunct with Saturn and Jupiter, while the Moon and Rahu will also conjunct.”

In Hindu astrology, Rahu is one of the nine major astronomical bodies, described as a “shadow entity” that causes eclipses. Astrologers believe that this, paired with the alignment of such powerful planets like Jupiter, Mars, and Saturn, are said to have huge effects on Earth.

But good news people – the planets aren’t out to kill us just yet. Abhigya stated that the planetary axis will be broken on 29th May, bringing back order to the world. We can only hope this means a slowing down of COVID-19 infections being spread, or a vaccine being formed.

The kiddo did reassure viewers that there are “solutions for everything”, though people would need to put in a lot of effort into finding them.

Netizens both shook and amused

Needless to say, the internet was thoroughly shook thanks to Abhigya’s predictions.

This one sums it up best:

Coincidence? Conspiracy? Something the planets have been planning all along? Whatever it is, the sound of 29th May being the end of this COVID-19 world tour nobody asked for is something we can all cross our fingers for. 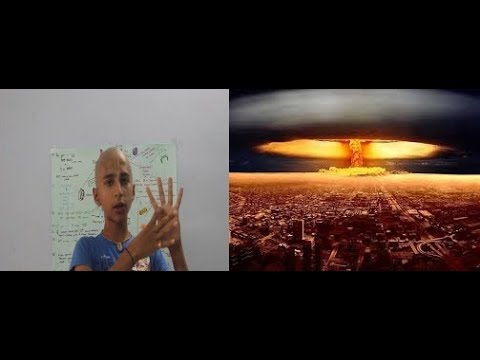 For now, let’s stay safe and check back in once the date comes to see if little Abhigya’s prediction comes true!

Young Boy Who Predicted The “End” Of COVID-19 Has Updates, Tells How To Be Prepared For Future Outbreaks

Things to do indoors during COVID-19:

Airbnb To Provide Free Accommodation For COVID-19 Responders, Helps Them Create ‘Safe Distance’ From Their Families
Stranded Tourists In Thailand Will Get Automatic Visa Extensions Due To COVID-19