With the closing down of schools during COVID-19, students all over Vietnam have switched to online classes so that they can keep learning even while at home.

Online classes have been conducted by teachers for a couple of months now, so online learning is no longer an uncommon experience. Instead, what might come as a pleasant surprise to many is that online classes are not the only school activities that are conducted over the Internet in some schools.

Some photos that surfaced on Facebook group Trường Người Ta on 20 April showed that even flag-saluting ceremonies, a routine school activity taking place every Monday morning, are hosted online.

Home-based learning is more than just online learning for some

In the Facebook post, several Vietnamese students were photographed at home participating in their routine flag ceremonies.

Dressed in school uniforms, they all faced the flags displayed on their computers, TV, and phones, stood at attention, and saluted. 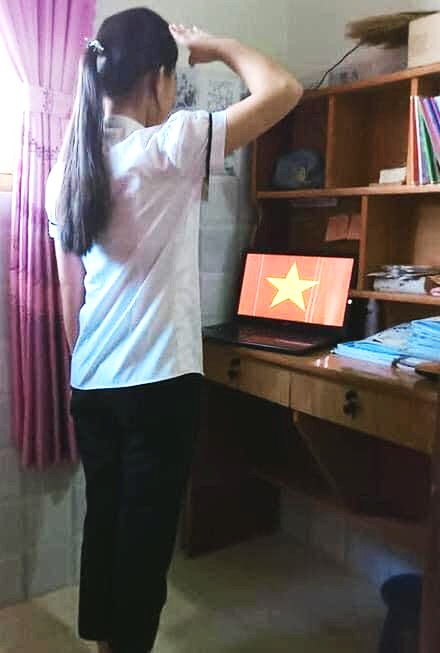 A student raised her hand to the flag as a formal greeting often seen at school flag ceremonies
Image credit: Trường Người Ta

What made these photos go viral among local netizens is that home-based learning does not encompass school activities that are not related to academic learning, including flag ceremony, due to difficulty in remote monitoring. 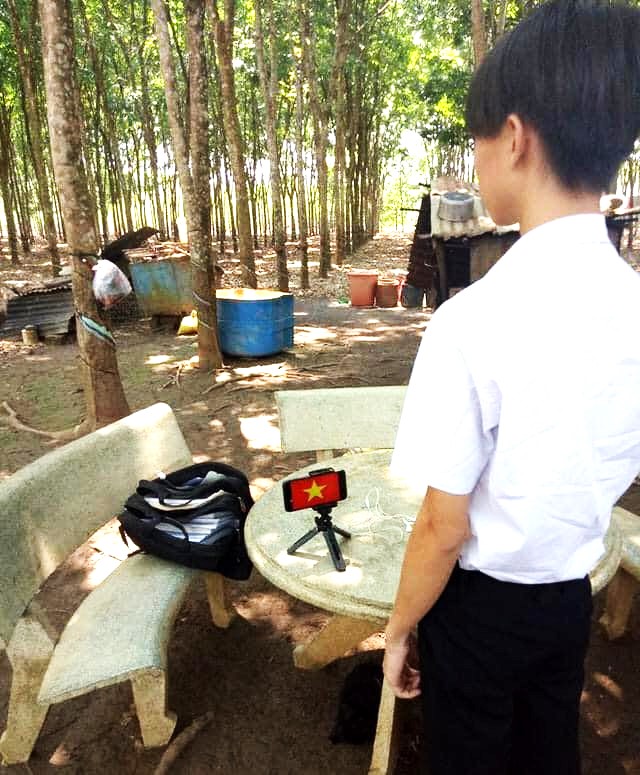 Getting students to study and do their homework online is already a challenge. Getting them to salute the flag online requires a whole new level of self-discipline on the part of the students.

These photos have garnered over 22,000 likes and over 900 comments since it was posted yesterday. While they cracked up many netizens, some were impressed at the patriotism of the students.

“It’s been a long time since we participated in a real flag ceremony,” Facebook user Bich Ribi expressed her school nostalgia in her comment on the post.

As victory in outbreak containment is in sight for Vietnam, with no new cases reported for the past 6 days, Vietnam’s government has considered relaxing social distancing measures in some provinces.

Ca Mau and Thai Binh were the first provinces that let their students return to school on 20 April. The municipalities of Hai Phong, Yen Bai, Gia Lai, and Nghe An have also announced reopening of schools for 9th graders and 12th graders, starting from 23 April.

To keep the students safe, most schools have strictly complied with safety rules by disinfecting classrooms regularly, reducing the number of students in a class, and arranging the desks so that students can keep a distance of at least 2 meters from one another. Students are also advised to wear masks at school.

Hopefully once the pandemic is completely curtailed, everyone can return to our normal routines and students will not have to deal with school nostalgia anymore. 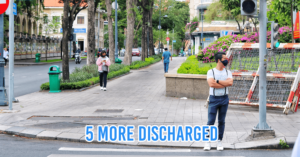 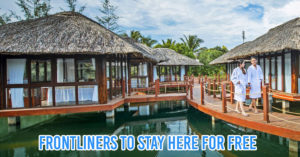