Thanks to the success of the hit dance survival program Street Woman Fighter, Noze has become a hot search term. In the beginning, she captivated the hearts of many with her idol-like appearance and chic vibes. Now, she is recognised for her iconic Hey Mama choreography, as well as her bubbly and down-to-earth personality.

Here are 11 Noze facts that will help you get to know the dancer better, including her MBTI type, favourite movie, and experiences as a backup dancer.

1. Her real name is Noh Ji-hye Since young, Noze’s friends have been shortening her real name, Ji-hye, to a single syllable that sounds like “je” when said out loud. When put together with her family name, it sounds like “no-je” (노제).

Although her stage name is formally written as NO:ZE in English, it’s actually pronounced “no-je” in Korean as the letter “z” sounds like a “j” when translated from English to Korean.

Noze shared that the reason for including a colon in her stage name is to help her international fans, who may mispronounce it as “nose”. Hence, she decided to include a colon to avoid confusion.

2. Her MBTI type is ISFP

During an Instagram live with her fans, Noze shared that her MBTI type is ISFP, also known as “The Adventurer”.

The MBTI test is a popular way of getting a feel of someone’s personality in Korea these days. This is why many fans have been asking their favourite Korean celebrities about their MBTI type.

3. She is on team mint chocolate

Noze declared her love for mint chocolate during her guest appearance on ESQUIRE Korea’s YouTube channel. In the video, she explained that she likes the neat and clean taste of mint chocolate. If you look closely, “mint choco” is written on the lid of the ice cream tub.

You can watch Noze declare her love for mint chocolate here: 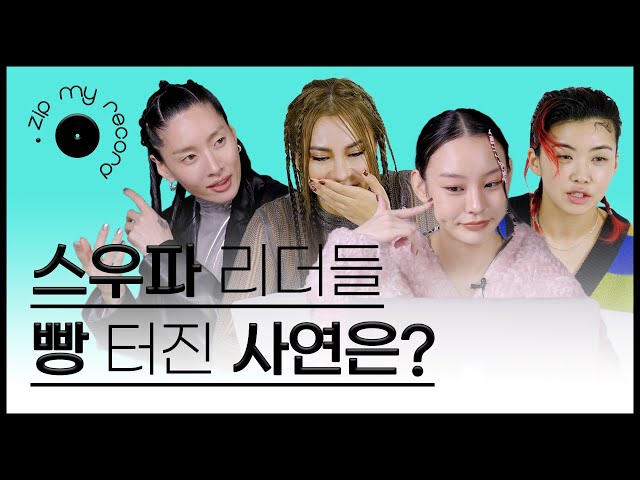 4. She was Kai’s & Taemin’s backup dancer Noze was already well known as Kai’s backup dancer even before appearing on Street Woman Fighter. There’s even a fancam of Noze dancing to Kai’s Mmmh, which garnered more than three million views.

Idol fancams are a dime a dozen, but that’s usually not the case for backup dancers.

Besides working as Kai’s backup dancer, she also danced alongside SHINee’s Taemin in his music video for Advice. Unfortunately, she was unable to perform on music shows with him due to an ankle injury. Noze has also worked as a backup dancer for Loco and ZICO.

You can watch her viral fancam here: 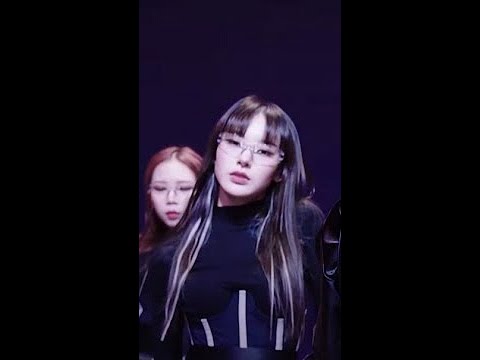 Hanlim Arts High School is one of the most prominent arts high schools in Korea. Many well known K-pop idols, such as SHINee’s Taemin, f(x)’s Krystal, and ASTRO’s Cha Eun-woo, have graduated from the school.

6. People doubted her dance skills because she is pretty

When Noze appeared on You Quiz on the Block, she admitted that she became a hot issue because of her physical appearance prior to participating in Street Woman Fighter.

Although she was thankful for the attention, she also shared that the word “pretty” sounded like a sarcastic compliment because she felt as though her dance skills were undermined. When she finally gained recognition for her dance skills in Street Woman Fighter, she couldn’t help but shed a tear.

You can watch her adorable interaction with Yoo Jae-suk here: 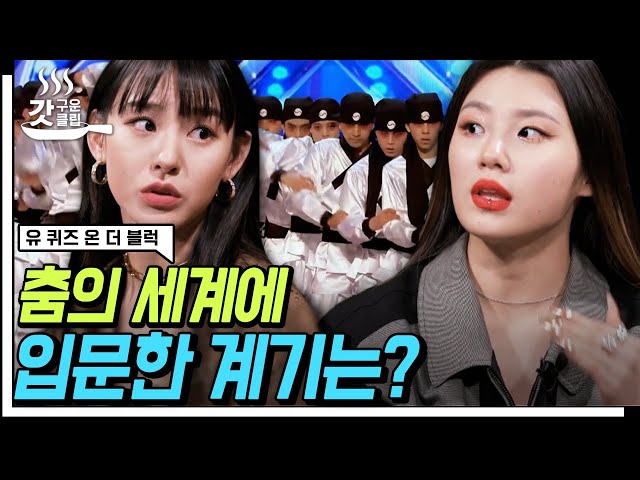 7. She always wears a hat during dance battles Noze made a guest appearance on W KOREA’s YouTube channel and shared her must-have items, such as accessories, hand cream, and perfume.

She revealed that she always wears a hat as it improves her concentration. Although she likes to style herself in a variety of hats, she enjoys wearing baseball caps in particular.

You can watch what Noze brings around on the daily here: 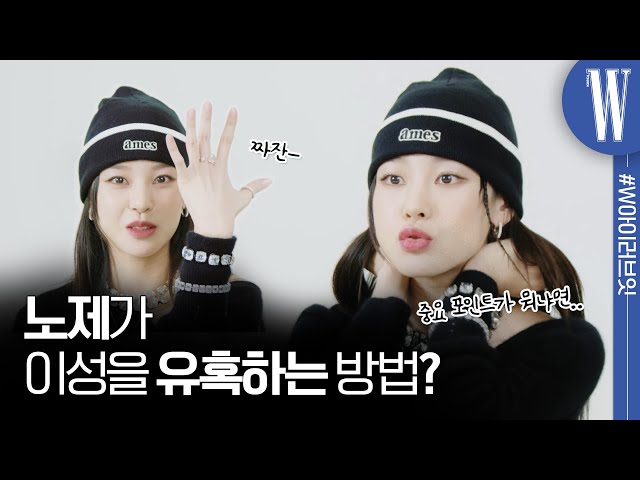 Known for her cat eye look, Noze shared her makeup routine on Harper’s BAZAAR Korea’s YouTube channel. In the video, she talks about her tips and tricks to achieve the perfect cat eye, as well as her favourite makeup products.

The video went viral after she rose to fame thanks to Street Woman Fighter.

You can watch her makeup routine video here: 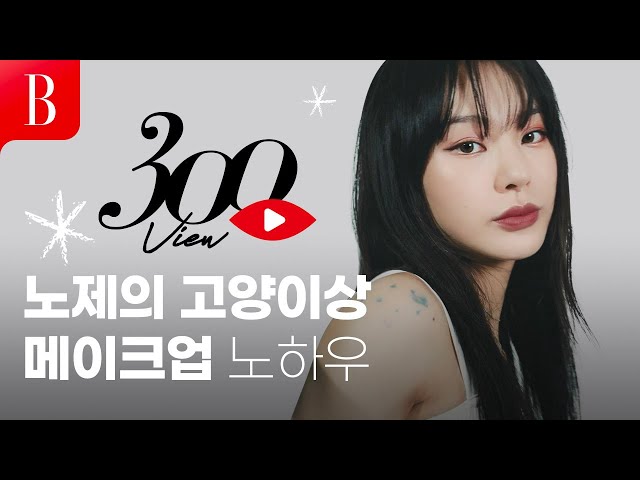 9. Her favourite movie is Eternal Sunshine of the Spotless Mind Noze’s favourite film of all time is the romance film titled Eternal Sunshine of the Spotless Mind.

She also shared that she looks up to Youn Yuh-jung, the veteran actress who made history by winning the Best Supporting Actress at the 2021 Oscars. You may recognise her from the breakout film Minari, as well as the reality show Youn’s Kitchen.

10. She recently filmed an ad for Ottogi Noze enjoys having a busy day packed with work, and she expressed her gratitude for being able to sign nine endorsement deals, ranging from games to fashion, following the success of Street Woman Fighter.

Recently, Noze’s advertisement video for Ottogi’s ramyun was released. This is a milestone as Ottogi is one of the giant Korean companies that specialises in food manufacturing.

You can watch the advertisement here: 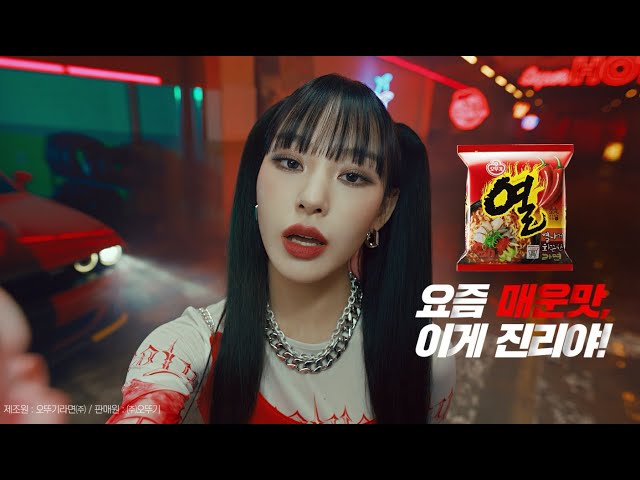 11. Her Instagram followers surpassed a million in just two weeks Prior to the premiere of Street Woman Fighter, Noze had about 650k Instagram followers, which is already impressive. However, her followers surpassed a million in just two weeks after the survival program was aired.

Her social media presence continues to grow as she has more than two million followers now.

Noze facts to know about the dancer with both skills & looks

Noh Ji-hye, better known as Noze, is the epitome of the idiom “don’t judge a book by its cover” – she is more than just a pretty face. More often than not, backup dancers don’t get to be in the limelight as they play a supporting role. However, Noze has turned the tide and proved that backup dancers, too, can and should be in the spotlight. Hellbound Review: A Society Thrown Into Chaos By Angel-Sent Death Decrees
Happiness Review: A Thriller Set In An Apocalyptic World Ravaged By Disease