Since 2004, the iconic Thai horror movie Shutter has shaken the world of scary movies with its world-wide popularity. The movie was later remade by Hollywood in 2008, and has spread the scares more. 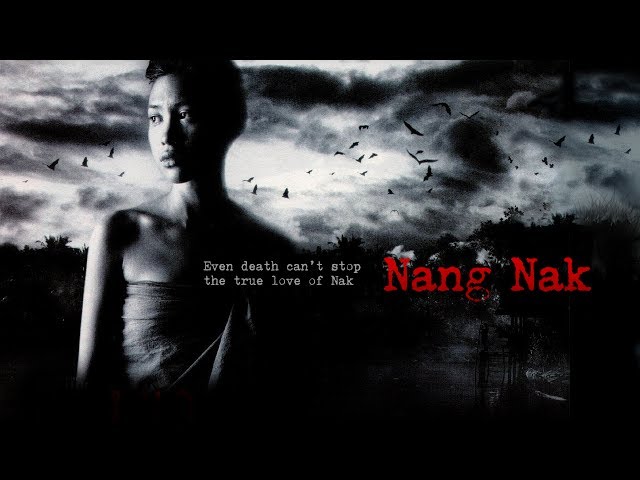 Based on a true story, Nang Nak is a horror classic that has received a lot of attention in Thailand over the last 20 years. This movie focuses on Nak, a pregnant woman whose husband, Mak, is about to enter military service. When he comes back, Mak notices that everyone is acting differently. He has no clue what has happened – until he finds out a dark secret about his wife. Why you should watch: Nang Nak ranks the lowest in terms of scares as it was filmed so long ago, and we didn’t have much techniques to produce scary movies at the time. Anyway, thanks to Nang Nak’s olden set and many terrifying scenes, this movie is still counted as one of the scariest Thai movies of all time. 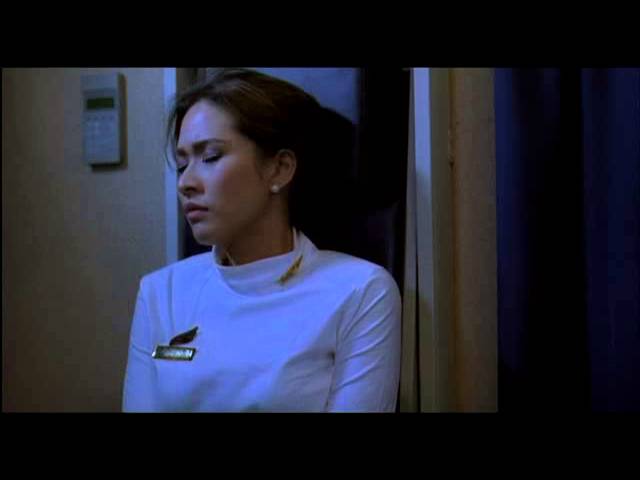 The phrase See Phraeng roughly translates to a junction connecting four main streets into a central spot, but in this movie it refers to being an anthology of different short horror stories. It combines 4 stories: Lonely, Death Order, Middle Person, Flight 224. Each story features different characters, each having a different plot to scare you. A scene from Lonely, where the leading actress is chats with a mysterious man

Why you should watch: As the movie combines different plots, the audience doesn’t have to pay attention to the same character throughout the movie. Plus, jumpscare techniques are used to make the story interesting. However, my favourite parts of the movie are its sets – one story uses a creepy old apartment, which I still remember till today. Chills. 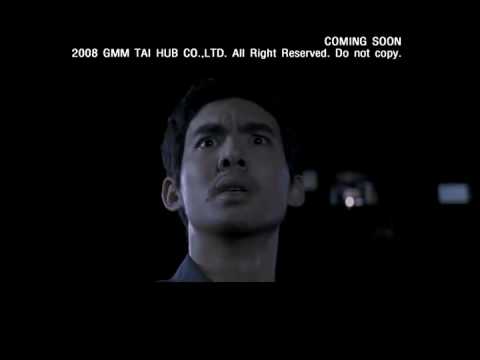 Troubles begin when Shane, the main character, illegally records a movie at the cinema. Shortly after, he starts seeing a ghostly female character from the movie in real life. Till he can’t take it anymore, he decides to find out what is going on and ends up knowing unexpected things that had occurred to the actress that played her. Why you should watch: Coming Soon is a movie with the focus on a cinema, so it was great to watch it in the theatre to fully appreciate its atmosphere.

But even if you watch it at home, you can still get ready for some scares. It contains scenes of an abandoned house, where the leading characters need to find solutions for their ghost-related conflict. 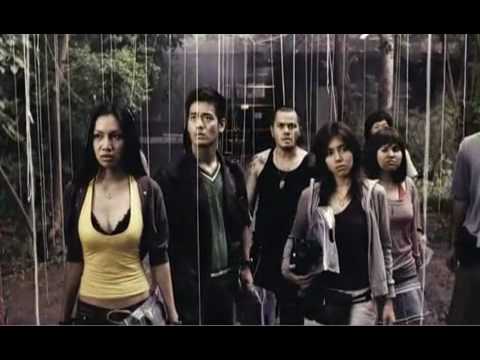 A horror reality show known as The Death Camp is hosted at a war museum. Dao, one of the contestants, has joined the game in hopes of winning 5 million baht for her mom. As the game progresses, she is suspected to be one of the game’s controllers – that’s till things start going awry. Everyone begins seeings spirits roaming around, and they have to try their best to escape the game. Why you should watch: This movie almost seems like a real game show and will keep you on your toes guessing who is going to make it out alive. 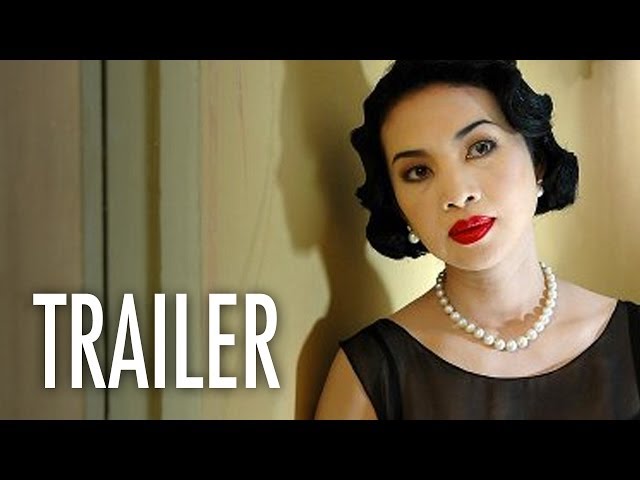 This is the story of Nualjan, a pregnant woman who leaves her hometown in search of her beloved husband. She winds up finding a mysterious mansion, in which she lives. However, she soon finds out that it hides a secret she would have never expected to get involved with.

Why you should watch: This movie uses classic horror tropes like the haunted house, and its ghostly characters will have you closing your eyes during the show. 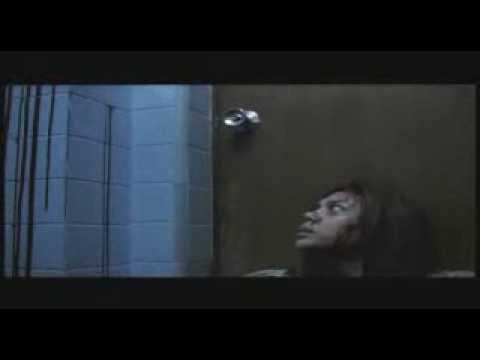 The Screen at Kamchanod - trailer

This movie is based on real-life Kamchanod Forest. Urban legend has it that the forest used to hold outdoor movie screenings until supernatural things began happening.

The movie takes inspiration from the legend and follows Yuth, a young doctor with an interest in the paranormal. He decides to explore Kamchanod Forest with a bunch of friends, but they find themselves in trouble when they realise they’re in the presence of spirits.

Why you should watch: Of course, horror movies seem scarier once they’re based off “true stories”. As an audience, we’re often used to seeing ghosts in a movie’s night-time scenes – but this one has them popping up all the time. 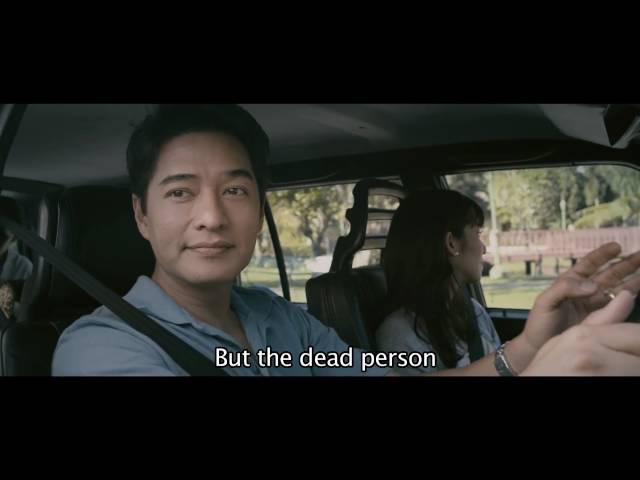 We meet Thee and his seemingly perfect family who decide to buy a home in the town of Laddaland, Chiang Mai. Everything is normal until they find out that a housemaid was murdered in the neighbourhood. At the same time, Thee is bombarded with financial and family issues, which make matters worse. Why you should watch: This movie is from the same director as Phobia 2 and the legendary Shutter itself, which scared the heck out of Thais in the early 2000s. Also, the movie doesn’t just focus on the horror aspect, but on familial issues as well, which adds another dimension to the film. 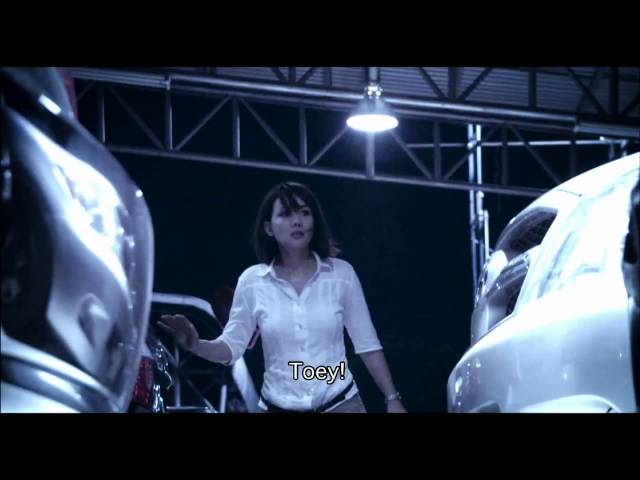 With unexpected plot twists, Phobia 2 is deemed one of the most memorable Thai horror films around. Why you should watch: Keep your eyes peeled for the first story: Lao Cha-on. This one is my favourite because it covers themes like traditional Thai beliefs and religion, which is something locals take seriously.

If you are a horror movie junkie or someone looking for a thrill, be sure to watch these movies. After all, Thailand is known for producing some of the scariest horror movies around, which have also gained international recognition.

Let us know if you have any more horror movie recommendations in the comments!

8 Alternative Movie Theatres In Bangkok For A Fresh Cinema Experience