Pocha, the short form of pojangmacha (포장마차), is a type of tent bar that serves cheap and good street food. Pocha are usually open till late at night and people like to visit these tent bars as their 2nd or 3rd stop on a night out.

Besides their cosy and casual atmosphere, pojangmacha are also well-liked for their 안주 (anju) – side dishes and snacks that pair well with alcohol. These anju are usually displayed in refrigerators that have clear glass doors so that customers can easily browse through before ordering.

Over the years, tent bars have grown larger in scale and there are now even dedicated streets with rows of pocha lined up. On your next night out in Korea, don’t forget to check out these 8 pocha streets where you can drink the night away like in Mystic Pop-up Bar. Mapo Pocha Street is one of the most popular pocha streets in Seoul. After working hours, the place gets crowded with office workers and couples. The alley is conveniently located between Mapo Station and Gongdeok Station, opposite Yeomri Elementary School. It’s just a 5-minute walk from Mapo Station Exit 2. Some of these tent bars also serve complimentary portions of sliced cucumbers, carrots, and a gochujang dip as a service (서비스). You’ll find Yeongdeungpo Pocha Street after coming out of Yeongdeungpo Station Exit 6 – if you can’t find it, look out for KB Kookmin Bank or Shinhan Bank as they are near the stretches of tent bars. Tent bars at Yeongdeungpo are famous for their 통골배이탕 (ttong-gol-bae-ee-tang), also known as sea snail soup. One bowl usually costs ~KRW12,000 (~USD10.79). Pour some soju into your soup, like the locals do, for the ultimate pocha experience. 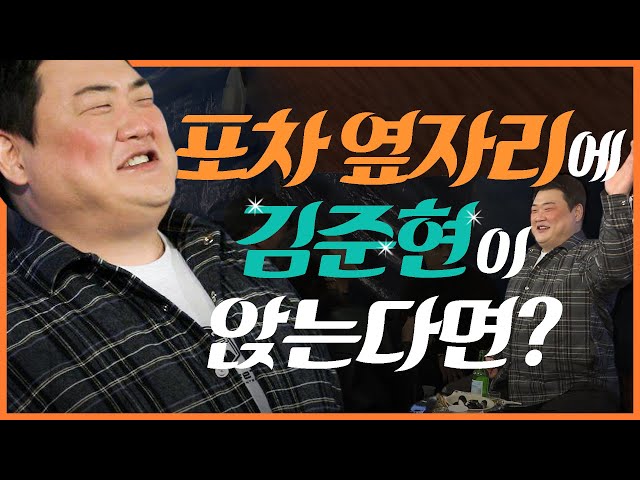 The street has many pojangmacha and can get quite crowded even on weekdays. The tent bars at Jongro 3-ga serve a large variety of seafood, subject to seasonal availability. Besides gizzards, you should also give 오징어볶음 (oh-jing-eo-bok-keum, seasoned squid) or 산낙지 (san-nak-ji, live octopus) a try – both are local favourites. You can find Gangbyeon Pocha Street near Gu-ee Park in Gwangjin-gu. After coming out from Gangbyeon Station Exit 1, cross the road to reach the street. There are approximately 12 stalls, all in the vicinity of the Han River. The 오돌뼈 (o-dol-bbyeo, stir-fried cartilage) here is a must-try. Its chewiness and spiciness pair well with fish cake soup and a glass of soju. It’s usually sold for KRW10,000 (~USD8.99). Euljiro 3-ga Pocha Street is located near Euljiro 3-ga Station Exit 4, and it’s also known as Euljiro Nogari Alley (을지로 노가리골목). The sizes of the tent bars here are a lot bigger compared to those in other pocha streets, and most have both indoor and outdoor seating. If you’re visiting this pocha street, you must try the fried nogari, a type of codfish usually sold for KRW1,000 (~USD0.90) per piece. It’s the perfect anju for your drinking session. Most pojangmacha at Euljiro 3-ga serve complimentary peanuts and rice popcorn with every order too. Shindaebang Pocha Street is located near Shindaebang Station Exit 2. It is right beside Dorimcheon, which grants you a nice view of the river while you have your soju session. The pocha at Shindaebang are known for their 닭꼬치 (dak-ggot-chi, chicken skewers) and 떡꼬치 (tteok-ggot-chi, rice cake skewers), which are sold for around KRW8,000 (~USD7.20). The skewers go well with soju. After coming out of Yeonsinnae Station Exit 6, you’ll be able to find some pocha along the road. Pocha at Yeonsinnae Pocha Street are known for their noodle dishes. The 칼국수 (kal-guk-su, knife-cut noodles) and 짜장면 (jja-jang-myeon, black bean sauce noodles) are particularly popular with patrons. Some pocha owners here even make their noodles from scratch. Once you alight at Jungnang Station, head to either Exit 2 or 3, where you’ll find a whole stretch of tent bars.

Because these tent bars are located so near the subway station, you get to hear the sound of trains chugging along while you chug your soju shots. 다운이네 (da-woon-ee-ne) is a popular pocha at Jungnang Pocha Street, and queues usually start forming at 6PM even though the place only opens at 7PM. Cabbages and gochujang are provided along with the pork belly. Like with most tent bars, the stalls at Jungnang Pocha Street will serve some complimentary side dishes with every order. To prepare you for the ultimate pocha experience, here are a few tips when visiting one:

Lastly, when visiting pocha bars, don’t be afraid to try different dishes as they are known for their extensive list of authentic Korean food. If there are seasonal dishes available, seize the chance and give them a try too. 41 Konglish Words You Need To Know To Level Up Your Korean Skills
The Garden of Morning Calm: An Oasis Of Flowers Near Chungryeongsan Mountain