Based on a popular webtoon, the highly anticipated Korean drama Imitation sets itself apart from other lighthearted Korean idol dramas, such Dream High, The Producers, and You’re Beautiful, by portraying darker themes of suicide and toxicity within the Korean entertainment industry.

The drama’s realistic plot gives us an insight into the struggles of being in the entertainment industry. Here are 7 Korean drama Imitation episode 1 highlights that will intrigue you and make you want to continue watching the drama.

Exposing the dark side of the Korean entertainment industry Imitation boasts a star-studded cast. The leads of the drama are Jung Ji-so, U-KISS’s Lee Jun-young, ex-T-ARA member Park Ji-yeon, and ATEEZ’s Jung Yun-ho. Jung Ji-so is well-known for her appearance as Park Da-hye in the Oscar-winning movie Parasite. Lee Ma-ha is determined to debut in a girl group, but she faces multiple challenges while trying to achieve her dream. She finally becomes a member of a K-pop girl group, Tea Party, after a failed debut with another group called Omega III.

Ma-ha keeps bumping into Ryok, who doesn’t like her because she’s been imitating Ra Ri-ma. Ma-ha, who bears a striking resemblance to Ri-ma, became Ri-ma’s copycat after Omega III disbanded, in order to support herself and keep herself in the limelight.

Lee Yu-jin and Ma-ha are close friends who trained together under the same company, before Ma-ha was transferred to a different company.

1. A member of SHAX goes missing Imitation started its 1st episode with a mystery.

The popular boy group SHAX was the first to be introduced in the drama. SHAX originally consisted of 6 members: Ryok, Hyuk, Do Jin, Jae-woo, Lee-hyun, and Eun-jo.

SHAX is preparing for a performance backstage when the staff members discover that Eun-jo is missing. Ryok is shocked at the news, but the show has to go on. Reluctantly, Ryok is pushed to Eun-jo’s position by his manager, Ji-hak.

Later, we find out that Eun-jo was called to meet Ji-hak in his office before his disappearance. Ji-hak has a stern expression and the mood is sombre. Eun-jo, who seems confused, follows Ji-hak to his office as the other members look on worriedly.

Ryok overhears Ji-hak yelling at Eun-jo in the office, but it doesn’t seem like he knows what is going on.

Ryok later finds Eun-jo sitting on a bench, trying to contact someone using an old-school mobile phone. As an accomplished idol, it’s strange that Eun-jo is using such an old phone. The person he’s calling did not pick up.

Upon seeing Ryok, Eun-jo hurriedly stands up and hides the phone behind his back. However, Ryok sees it. The scene ends here, leaving us with many questions about Eun-jo’s strange behaviour.

2. Tangsuyuk fight between the SHAX members

The episode also introduces the group dynamics in SHAX. There is a scene where the boys argue with one another over the “correct” way to eat tangsuyuk (sweet and sour pork). The sauce for tangsuyuk is usually packed separately from the meat, and there are 2 common ways to eat it. You either dip the meat in the sauce or pour the sauce over the meat.

The SHAX members get into a physical fight over the matter. Lee-hyun and Eun-jo support dipping tangsuyuk in the sauce, while Ryok and Jae-woo support pouring the sauce over tangsuyuk.

On the other hand, Do-jin didn’t even seem to know what was going on – he says he wants burgers, not tangsuyuk, which is totally unrelated to the argument.

They later find out that Hyuk was the one who started the fight, because he claims that nobody had asked for his opinion during the argument. Out of spite, he poured the sauce over the meat while the argument was still ongoing, and that triggered the physical fight.

This scene was one of the funniest parts of the episode, and it reminded us of the ongoing mint chocolate debate in Korea.

All the members look dirty and frankly ridiculous with sauce on their faces and clothes. One can only imagine how the fight went down.

3.  An insight into an idol trainee’s life

The Korean entertainment industry is known to be cut-throat and demanding. Imitation gives us an insight into the idol trainee world, and how aspiring idols suffer during their training.

This scene shows a group of trainees, including Yu-jin and Ma-ha, under a company called Music Holic. Yu-jin and Ma-ha discuss the upcoming announcement of the lineup of the debut team, and show support for one another. It seems like Yu-jin and Ma-ha have a close friendship.

Ri-ah singing in a restroom in OMEGA Entertainment.
Image adapted from: KBS2

The trainees at Music Holic count themselves lucky because their company isn’t too bad – the resources are not as great as big companies like NOG, the company that SHAX belongs to, but not as bad as OMEGA Entertainment, the company that is about to debut a girl group called OMEGA III.

Since Imitation is about the K-pop industry, we can expect the drama to reveal more about the discrimination and challenges within the industry.

Initially, Yu-jin and Ma-ha seemed to treat each other as friends, but as the episode went on, it is clear that Yu-jin has feelings for Ma-ha.

When Ma-ha goes to the rooftop to cry after hearing the news of her transfer to OMEGA Entertainment, Yu-jin is seen forlornly watching her from behind.

Sneakily, Yu-jin follows her home but Ma-ha knows that he is following her. She tells him to help carry her heavy bag if he is going to keep walking behind her.

They sit on a bench that overlooks the city. Concerned, Yu-jin asks if she is okay, and she says yes. Even though she is sad that she can no longer practice with him and the rest of the trainees, she says, “Maybe the choice isn’t mine to make, but the outcome is.”

What Ma-ha says here is definitely admirable. She seems mature and we are excited to see where her positive attitude will take her.

Upon hearing this, Yu-jin apologises because he feels useless. He can’t think of a way to help her, but told her to contact him anytime.

It will be nice to see Ma-ha receive love and support as she strives to make a name for herself in the K-pop industry. We look forward to seeing more cute scenes with the 2 of them!

Ma-ha was transferred to OMEGA Entertainment to replace Annie, a trainee who disappeared and became uncontactable just a few days prior to Omega III’s debut. Only 2 members are left – Yoo Ri-ah and Shim Hyun-ji.

However, news of Annie’s suicide broke on the day of their debut. The members of Omega III are escorted off their rehearsal stage and told that they can no longer debut.

Devastated and filled with grief, the 3 girls hug one another and cry next to the stage. Their crying attracts the attention of Ryok, who looks at them from the stage in curiosity.

At the start of the episode, a crying girl is seen standing on a bridge overlooking a river. SOS numbers and quotes discouraging people from suicide are plastered all over the railing of the bridge. Now we know that Annie was the crying girl.

Before her disappearance, Annie met SHAX’s manager, Ji-hak. She had stormed out of the practice room after arguing with her group’s manager, and coincidentally ran into Ji-hak.

They seem to recognise each other, which is strange since Ji-hak is the manager of a popular boy group in a big company. He is unlikely to know trainees from smaller, unpopular groups.

Furthermore, Eun-jo went missing at approximately the same time as Annie. Annie allegedly took her own life as she suffered from abuse at the hands of others, but there seems to be more than meets the eye.

It’s also interesting to note that Ma-ha found a phone that looked similar to Eun-jo’s under her bed in Omega III’s dorm. Ma-ha assumed that the phone belonged to an ex-trainee. It’s possible that the phone is Annie’s.

This raises more questions about the possible connection between Eun-jo’s disappearance and Annie’s death. Yu-jin, who has a crush on Ma-ha, may meet his love rival, Ryok, in later episodes.

Even though Ryok and Ma-ha didn’t interact much in the 1st episode of Imitation, they have many coincidental run-ins with each other. It’s likely that the 2 of them will somehow get to know each other over the course of the next few episodes.

Ryok and Ma-ha are very different – Ryok is an accomplished K-pop star, while Ma-ha is a newbie doing odd jobs. Later on, Ma-ha will get the opportunity to debut with a girl group called Tea Party, but as of this episode, she is still a lost trainee.

It will be interesting to watch how the 2 of them develop feelings for each other. We are introduced to Ra Ri-ma, who is a presenter at the Baekho Awards Ceremony. She announces Ryok as the winner of the “Best New Actor” award, and quietly congratulates him on stage. Though their interaction was brief, it seems like they know each other personally.

While performing, Ri-ma comes down from the stage to wrap her red scarf around a stony-faced Ryok. This confirms our suspicion that the 2 of them know each other.

It’s not clear yet, but Ri-ma may be romantically interested in Ryok. If she is, then she may become the antagonist of the drama, and try to sabotage the budding relationship between Ryok and Ma-ha.

In the epilogue, it’s revealed that Ryok and Ma-ha knew each other back in school. Ma-ha, who was secretly watching Ryok and his dance team, summoned the courage to ask Ryok if he could teach her to dance. However, Ryok rejected her.

The realism of Imitation has even extended to real life – the fictional idol groups in the Korean drama have appeared on real music show interviews and performances. 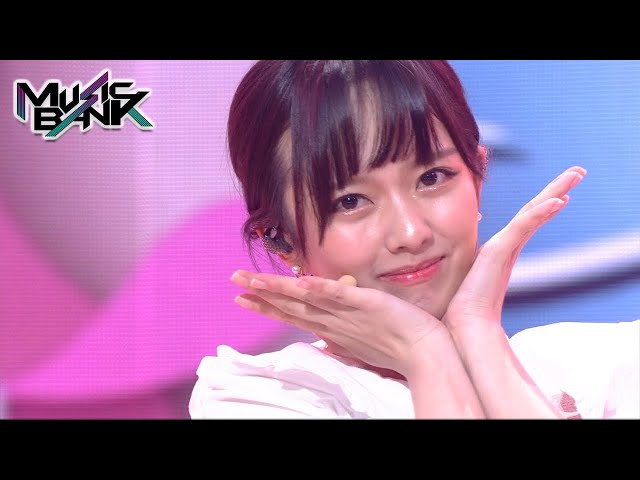 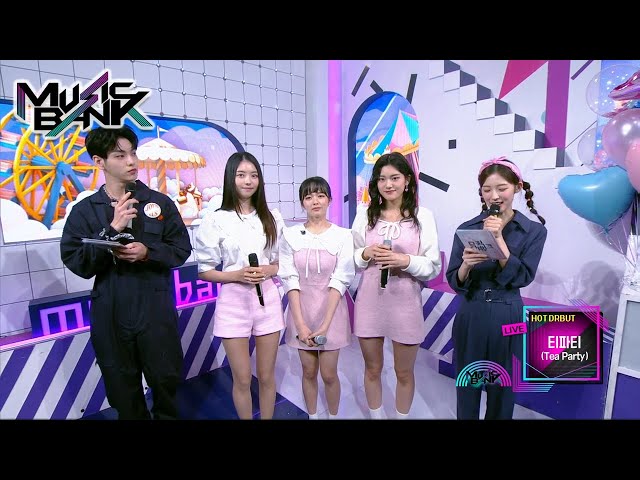 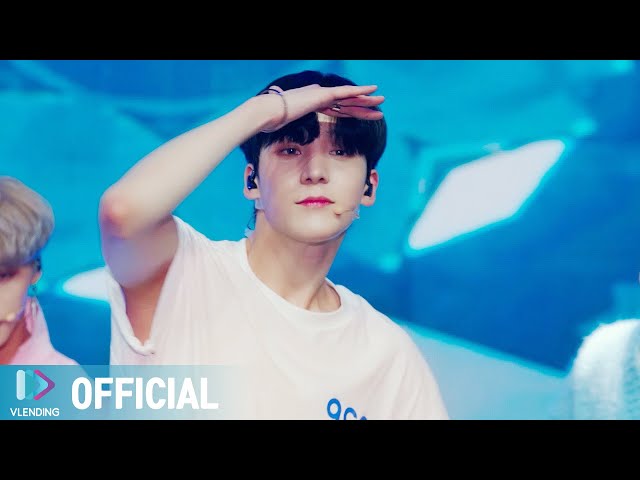 SHAX even has a dance practice video. Watch it below. 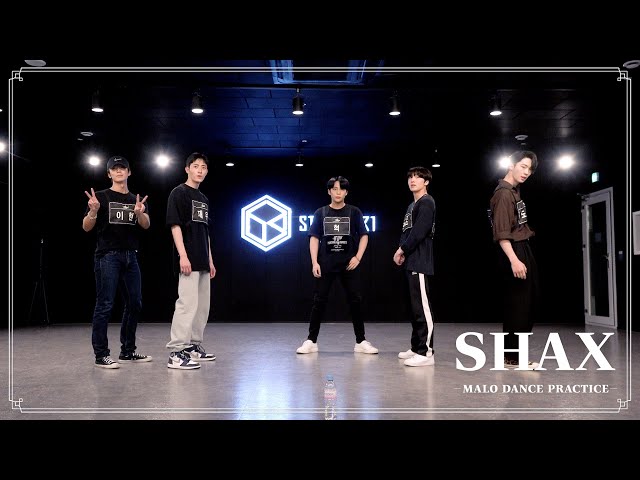 It’s almost as if these idol groups are real.

It was reported that Imitation did not fare well in ratings for the 1st episode, but many netizens have defended the Korean drama, saying that the low rating is a result of its late-night airing slot. It’s easy to see why many viewers like the drama – the 1st episode has a realistic plot with a good mix of drama, mystery, and romance.

We are eagerly waiting for the next episode. The Korean drama Imitation airs every Friday at 11.20PM KST. 9 Gong Yoo Movies To Binge On After You've Watched “Seobok”, Including The Iconic ‘Train To Busan”
6 “Doom At Your Service” Episode 1 Highlights That Gave Us Hope That The Drama...