Passenger needed “some air” during taxi

Unless you’re flying First Class, sitting in a plane for hours straight can get you antsy pretty fast. Getting up to stretch or asking for secret cocktails and snacks would be the normal thing to do – but not for this lady.

A Ukrainian woman was caught on video taking a walk along an airplane wing to the shock of other passengers and ground staff. Why? All cuz she was “too hot” while waiting to disembark the flight after it had landed.

Got tired of waiting for others to disembark

After Ukraine International Airlines Boeing 737-86N landed at Boryspil Airport in Kiev, passengers went about their usual routine of packing up and getting off the plane. Any usual traveller would know that waiting is part of the game – but this woman was having none of it. 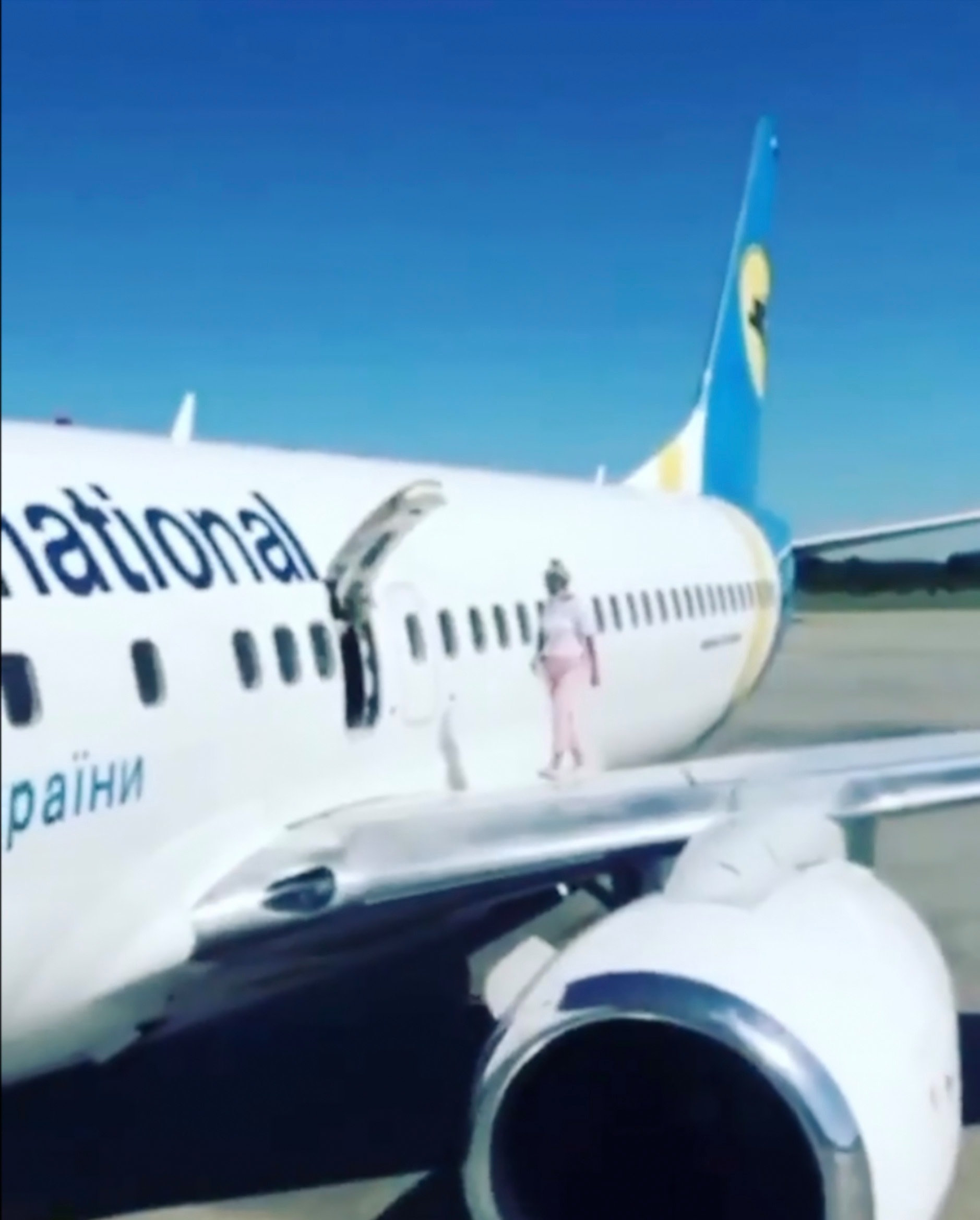 The Sun reported that the woman, who was travelling with her 2 children and husband, opened the emergency exit on her own and hopped out onto the plane’s wing to take a casual stroll.

The most baffling part was the fact that most of the passengers had already gotten off the plane and that she didn’t even have much waiting to do.

One passenger told reporters that she had “walked almost all the way from the tail to the emergency exit row, opened the door and went out,” At this point, her children were already outside the plane. 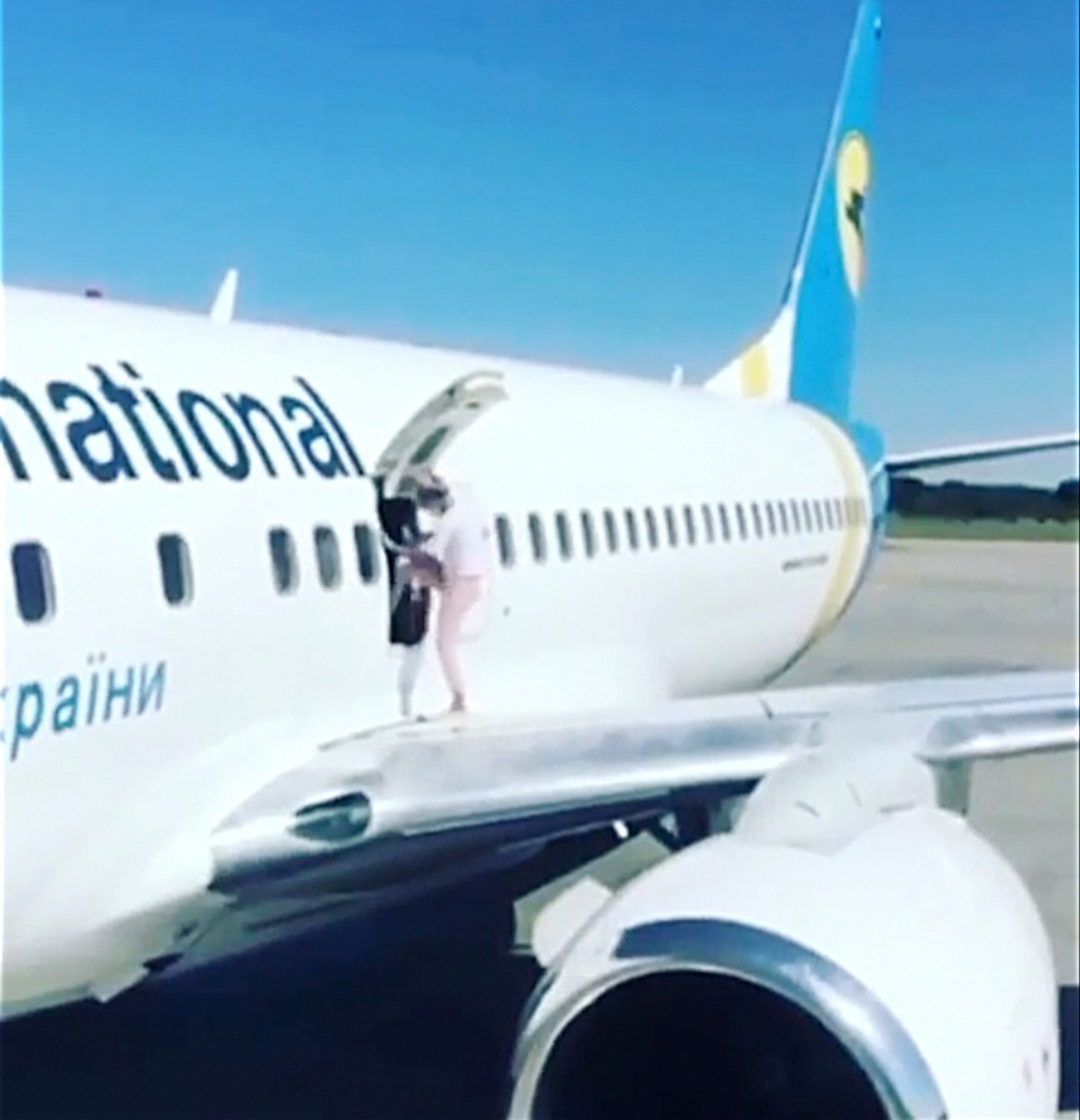 “[They were] standing right next to me. They were surprised, saying ‘That’s our mum!'”

Well, guess she didn’t pass down her trait for shenanigans.

When confronted, the lady explained that she had only stepped out of the plane because she was “too hot”. The authorities shut her down quick, though, and banned her from future flights with the airline. 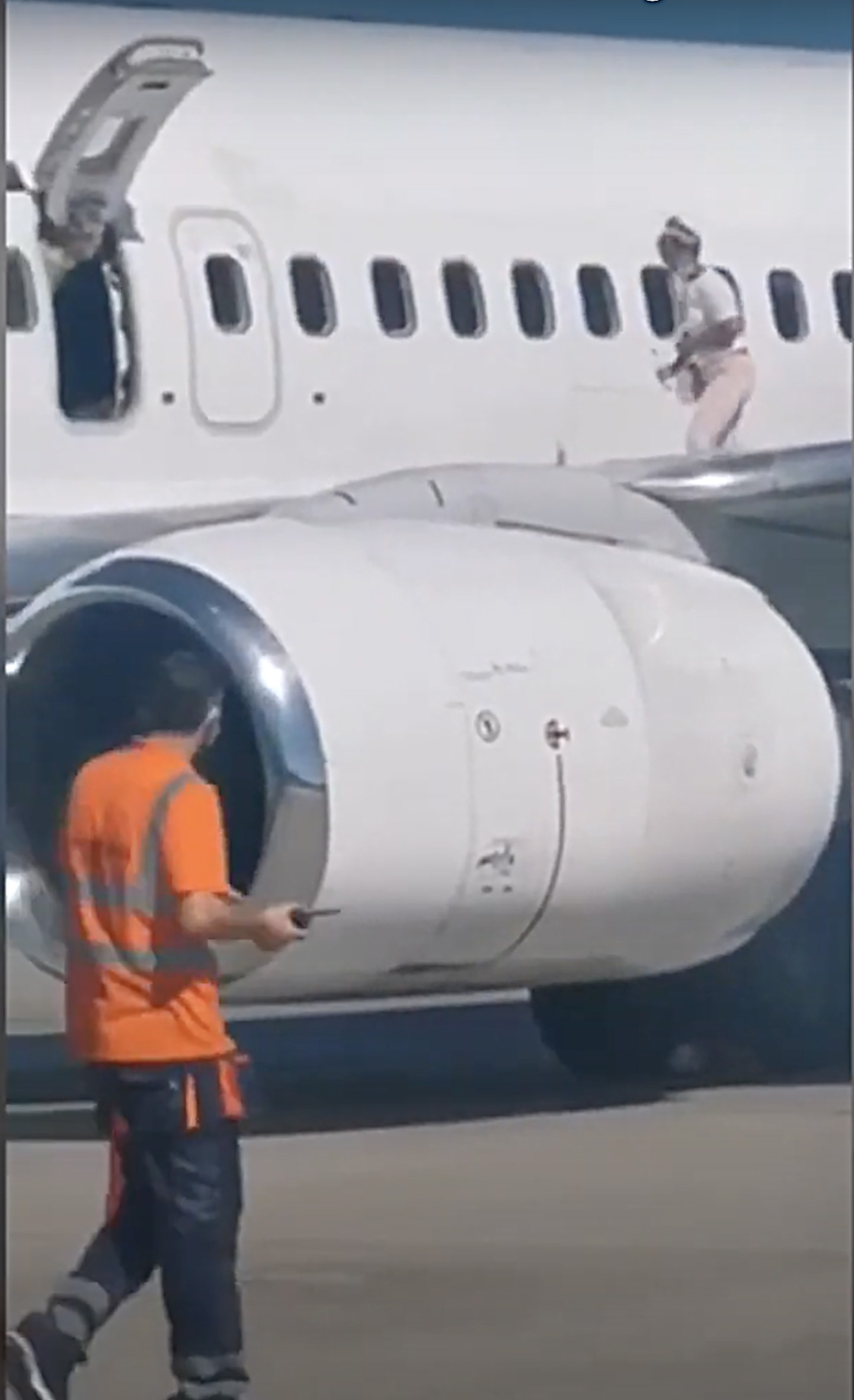 Ukraine International Airlines shared in a statement that the chief pilot called for the aviation security, border patrol, police, and the airport’s medical personnel as soon as he saw what was going on.

“The passenger was blacklisted for gross violation of aviation safety rules and behaviour on board,” they said in a statement.

She even got slammed for setting a bad example for her kids, and faces a possibility of an “exceptionally high financial penalty”.

Welp – thank goodness she didn’t attempt to pull the stunt while mid-air.