If you’re a fan of K-culture, you’d probably have heard of Korean dialects, also known as satoori, and you may have the impression that they are all aggressive and loud. But that’s not necessarily true – here’s a Korean satoori guide so that you can distinguish the characteristics of the 6 main dialects in Korea, besides the Busan satoori. Before we begin unpacking the different dialects in South Korea, it’s good to familiarise yourself with the different provinces in Korea as regional differences in speech roughly correspond to the provincial boundaries.

Korean dialects are known as “방언” (bangeon) or “사투리” (satoori) in Korean, and there are 6 main types: Gyeonggi, Gyeongsang, Gangwon, Jeolla, Chungcheong, and Jeju. The Gyeonggi dialect, also known as the Seoul dialect, is the most commonly used and understood way of speech as it’s used in TV shows and news channels.

While it may be odd to consider the Seoul accent a “dialect”, there are some words that deviate from standard Korean.

Its usage is concentrated in Seoul and Incheon as the Gyeonggi province is the area that surrounds Seoul.

Characteristics of the Gyeonggi dialect

People in regions such as South Gyeonggi have thicker accents, and words such as “거야” (geoya; suffix used for emphasis or in a question) is usually shortened to “거” (geo) in speech.

In the Gyeonggi dialect, phrases such as “먹고 싶다” (meokgo sipda) or “I want to eat” is changed to “먹구 싶다” (meokgu sipda). If you pay attention, you’ll start noticing this in many K-dramas. The Gangwon dialect is spoken in the Gangwon province, where cities such as Gangneung, Sokcho, and Pyeongchang are located.

The region is known for being mountainous and naturally beautiful, and it’s also where the 2018 Pyeongchang Olympics was held.

Due to the region’s proximity to Seoul, the contrast between the Gangwon dialect and the Gyeonggi dialect isn’t drastic, but there are some notable differences.

Characteristics of the Gangwon dialect

In the Gangwon dialect, the ㅆ (ss) consonant is often pronounced as ㅅ (s). Though non-native speakers may not notice it, there is less emphasis on the “s” sound, which makes many words sound different to native Korean speakers. The Gyeongsang province includes cities such as Busan, Daegu, and Ulsan, and it’s what most non-Koreans think of when the subject of Korean dialects is brought up.

With a fast-paced nature and a strong tone, the Gyeongsang dialect is often perceived as aggressive and intimidating.

It also shortens many standard Korean words, which makes them easier to pronounce. In total, there are around 13.5 million – around 26.5% of the South Koreans population – who speak this dialect. Given its wide usage, it’s unsurprising that the Gyeongsang dialect is so well-known even outside the country.

Characteristics of the Gyeongsang dialect

1. Many vowels are different or simplified

Here’s a quick list of all the vowel changes:

데이 (de i) is a common ending to many phrases, and if you want to attempt to blend in with the locals in Gyeongsang Province, you can say “감사합니데이” (kamsahamnidei) instead of 감사합니다 (kamsahamnida) to express your thanks.

Click here to watch a compilation of Jimin speaking in his Busan dialect.

But even within North and South Gyeongsang, there are subtle differences in the dialect. This is especially prominent in Daegu and Busan.

Here’s a video that compares the differences between the Busan and Daegu dialect: 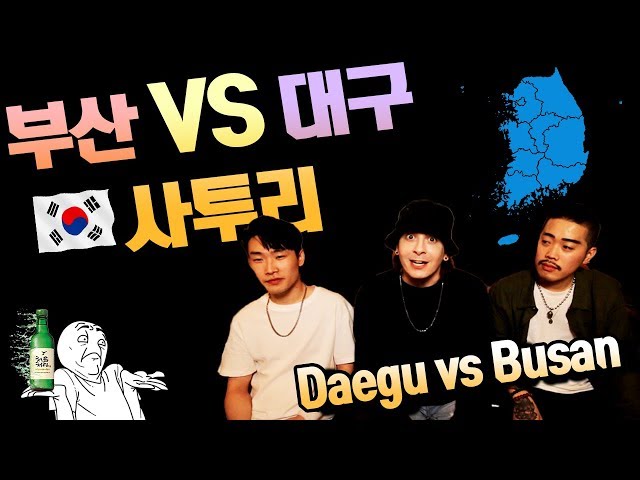 The Jeolla dialect is used not only in the Jeolla province, but also in Gwangju and South Chungcheong province.

Due to a lack of geographical barrier separating Jeolla from its northern neighbour, Chungcheong, the boundaries for the Jeolla dialect’s primary area of usage is less clearly defined. This also explains why the Chungcheong dialect shares similarities with the Jeolla dialect.

Characteristics of the Jeolla dialect

Unlike standard Korean, which has clear-cut endings such as 다 (da) and 기 (gi), the Jeolla dialect drags out sentences by adding 잉 (ing), 디 (di), and 쟤 (jae).

Here are some examples:

2. They have many exclamatory expressions

Those who use the Jeolla dialect are known to be very expressive, and they often use exaggerated exclamations such as “왐마!” (wamma) and “오매!” (omae) to convey their joy or disappointment.

The intonation in their speech is more varied, and their use of exclamations make them sound more affectionate and caring.

“거시기” (geoshigi) translates to “that thing”, and it is often used by Jeolla dialect speakers to substitute words that they cannot think of, or refer to things that they are too embarrassed to talk about.

For example, “거시기” (geoshigi) is often to describe male genitalia in the Jeolla dialect.

Watch this video to distinguish the differences between the Gyeongsang-do and Jeolla-do dialects: 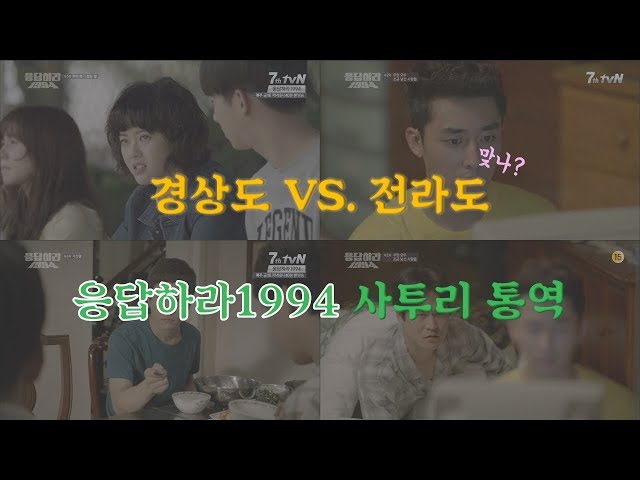 Spoken primarily in North and South Chungcheong Provinces, as well as neighbouring areas including Pyeongtaek and Daejeon, the Chungcheong dialect has approximately 3 million speakers (5.8% of South Koreans). That’s about 5.8% of the South Korean population.

Although it’s widely spoken, the Chungcheong dialect does not have an identity as distinctive as that of the Gyeongsang dialect. This is due to the provinces’ geographical position as the centre of Korea, and it’s a hub for commerce for their neighbouring Jeolla and Gyeonggi Provinces.

Naturally, the Chungcheong dialect incorporates aspects of the other dialects in South Korea, though there are some characteristics that set it apart from its peers.

Characteristics of the Chungcheong dialect

1. They often lengthen their syllables

The easiest way to identify the Chungcheong dialect is to listen to the end of sentences. People from this province tend to lengthen their syllables towards the end of a sentence.

People from Chungcheong are also jokingly referred to as more easygoing and relaxed in nature due to their lengthened way of speech.

A main characteristic of the Chungcheong dialect is the use of the soundㅑ(ya) at the end of sentences.

Another characteristic is the change of the the sound 야 (ya) to 여 (yeo).

Here’s a video of Han Hyo-joo demonstrating her Chungcheong dialect: 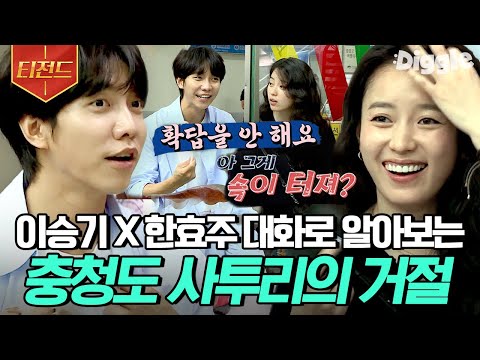 The Jeju dialect is the most foreign out of all the Korean dialects, especially since Jeju Island is geographically isolated from the rest of Korea.

Most Koreans are unable to understand a native Jeju speaker as Jeju is a self-governing province that has their own separate language.

There are only about 5,000 to 10,000 native speakers remaining on the island, and the provincial government of Jeju has designated the language as a minority language that needs protection.

Characteristics of the Jeju dialect

1. They have their own unique vocabulary

The Jeju dialect is one of the most difficult to interpret as they have their own unique vocabulary, which most Korean speakers are unfamiliar with.

Here’s a simpler one: “기” (gi) is Jeju’s equivalent of the standard Korean “진짜” (jinjja; really), and it’s usually used to express disbelief.

2. They tend to combine words at the end of a sentence

Commonly heard phrases in Jeju include:

Watch this video of locals speaking so you can better understand the tone of the Jeju dialect: 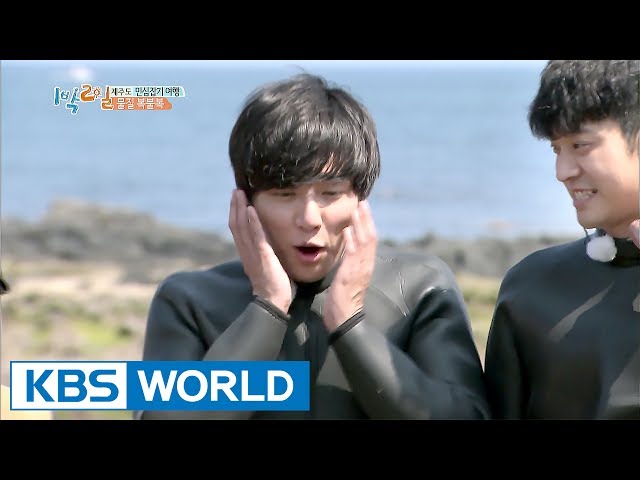 Korean satoori guide to help you recognise the dialects

Learning the differences between Korean dialects can be tricky, but we hope this guide has helped you gain a better understanding so that you can spot when your favourite celebrity is using satoori! BTS’ In The Soop Mansion Available For Booking On 2nd Aug On Airbnb, Costs Only USD7
Bangi-ok: Retro Korean BBQ Restaurant In Seoul With Premium Meat, Fresh Side Dishes & Set...