Aero K, a new low-cost Korean airline based in Cheongju, has been actively promoting their philosophy of inclusivity, starting from having gender-neutral crew uniforms. This has helped them to build a strong brand identity from the start. The airline company calls their uniforms “젠더리스” (genderless). The uniforms are also designed to be practical and comfortable. Moving away from tight-fitting uniforms typical of other airlines, Aero K’s uniforms for the flight crew, cabin crew, and mechanic team, are meant to be inclusive of everyone regardless of gender or age. In an interview, CEO Mike Kang mentioned that he intends to change several staff guidelines so that his employees can feel more comfortable and true to themselves. This includes allowing tattoos, dyed hair, and spectacles, which are usually not allowed by other airlines. Netizens commended Aero K for taking a step towards becoming an inclusive workplace and also called the uniform designs “cool”. One even mentioned that she hopes to “take Aero K flights often” because of their admirable effort. 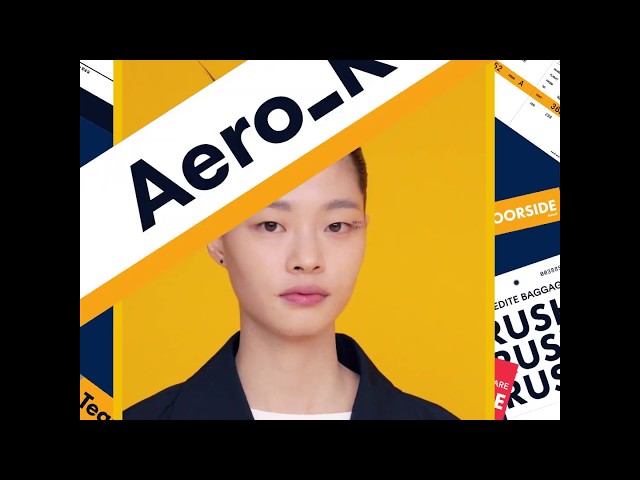 Prior to its official launch, Aero K’s uniforms were featured on Vogue Korea. The uniforms were praised for their sleek and unique designs. Aero K collaborated with Korea’s 1st gender-neutral makeup brand, LAKA, to tell a collective story about freedom in a non-discriminatory society. Although both brands are from two vastly different industries, their brand philosophies of inclusivity are aligned. Similar to Aero K’s crew uniform designs, LAKA challenges gender stereotypes by creating makeup products that have minimalist gender-neutral packaging. On top of that, the brand takes care to promote their products with gender-neutral marketing material. The collaboration also included a lip product giveaway event and a makeup tutorial on a neutral look that can be worn regardless of gender. Aero K will offer local flights to Jeju Island on their Airbus A320, with plans to expand internationally and offer low-priced flights to countries such as China, Taiwan, Japan, and Vietnam in the future.

Do keep a lookout on their official website for more information.

Gender-neutrality is starting to become more prevalent in today’s world. With Aero K taking the first step to re-define workplace standards in the aviation industry, perhaps other airlines will soon follow suit too.

Check out other Korea-related news: