Versatile, economical, and delicious – onigiri, or rice balls, are a mainstay of Japanese cuisine for good reason. Now, thanks to Onigiri Gekijou, the humble bentō staple has been turned up to 11 and transformed into a myriad of characters.

A Japanese YouTuber, known as Onigiri Gekijou (おにぎり劇場; rice ball theatre), has been putting a creative spin on onigiri by turning them into popular characters. Instead of moulding the rice into a triangular shape, as one normally does, Onigiri Gekijou uses plain rice and a few simple ingredients to create edible works of art. The YouTuber’s selection of rice balls sculptures depict a wide range of characters, including Murasaki Shikibu, one of Japan’s most prolific novelists and the author of The Tale of Genji. Inspiration can come from anywhere – even from the history of Western classical music. Thanks to Onigiri Gekijou, classical musician Beethoven was given a new life, albeit in the form of a tasty treat. There are even references to cult films. Exhibit A – Onigiri Gekijou moulding rice and other ingredients to create the iconic hitman from the 1994 film, Léon: The Professional. At the height of the demon slaying craze last October, the YouTuber also made an Inosuke rice ball from the popular series. Complete with his pair of Nichirin blades, which were carved from white kamaboko (Japanese fish cake), Inosuke looks ready for combat. And of course, it’s only fitting to have the traditional Japanese snack take on the shapes of traditional characters from Japanese folklore, such as the cheeky tanuki (raccoon dog) and kitsune (fox). How to recreate them at home

If you’d like to recreate these quirky snacks at home, check out Onigiri Gekijou’s video tutorials and behind-the-scenes footage here. Though there are no subtitles, each video breaks down and demonstrates the steps needed to turn plain rice into elaborated characters, so don’t worry if you can’t read Japanese.

Depending on the design you choose, you’ll need to get your hands on Japanese ingredients such as nori (seaweed) and bonito flakes. But other than that, no special equipment is required. Just prepare simple tools such as toothpicks, kitchen scissors, and cling wrap. 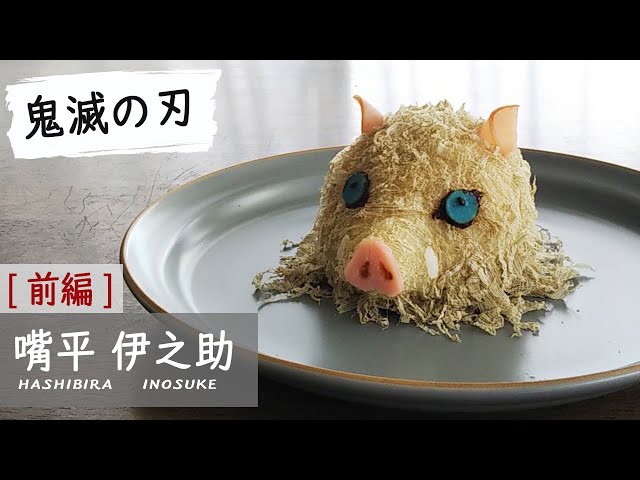 Here’s Onigiri Gekijou’s most popular video to date, which features the process of making an Inosuke rice ball.

With these handy onigiri-making techniques, the humble rice ball will now be a feast for your eyes and stomach. Be sure to check out Onigiri Gekijou on YouTube and Twitter for more wonderful creations.

For more interesting news, check these out: Japanese Company Lets You Print Your Face On Macarons So That You Can Become A Literal Snacc
20 New Japanese Movies In 2021 Coming To Theatres, Including Shin Ultraman and The Master...