Drinking with friends is so much more fun with the addition of drinking games. We have fun and get tipsy real quick – it’s the epitome of merrymaking. But when the usual Beer Pong gets stale, you might find yourself looking for something new, like some unusual Japanese drinking games.

Well, you’re at the right place – here are 10 Japanese drinking games to try, ranging from casual games played in an izakaya to geisha dinner games. Time to bust out those sake bottles and give them a shot! Also called the Pepero Kiss Game in Korea, this classic game has gained popularity all over the world. It’s a combination of drinking and munching on delicious chocolate-covered biscuit sticks – what’s not to love? You might even get a chance to get close to that special someone, wink wink. The rules are simple: two players take a bite out of each end of a Pocky stick and nibble their way towards the centre. The first person to back down and turn away before their lips meet loses and has to drink.

The stakes can be raised by having a few pairs competing for time, or the shortest Pocky stick length left. The key to winning the game is to not be too aggressive and slowly munch towards the other player so that the stick doesn’t break accidentally and you’ll get the shortest possible length. Pin Pon Pan is a fast-paced and fun game, and it often results in hilarious moments as everyone gets tipsier.

To play the game, your group has to sit in a circle or around a table. The first person says “Pin”, the second person says “Pon”, and the third says “Pan”. The person who says “Pan” immediately points to a random person in the group and that person has to begin the cycle again.

The person caught unawares when pointed at loses and has to drink. You have to be on your guard – say the wrong word or forget to point and you’ll lose.

For this game to work best, there should be around 5 to 10 people in your group, and you have to play it as quickly as you can.

Jan Ken Pon is essentially a game of rock, paper, scissors. You lose, you drink.

You can line up several shots of alcohol and play the game in a rapid-fire style to raise the stakes and make it more exciting. Ōsama (王様) literally means king, and in this game, the King’s command is absolute.

To play this game, grab a chopstick for each player. Write King on one of the chopsticks and number the rest, starting from 1 to the total number of players in the group minus one. So if you have 5 people in your group, you’ll have one King chopstick and the rest should be numbered 1-4.

Collect the chopsticks and jumble them up. Make sure the writing on the chopsticks are concealed before letting the players pick a chopstick each. You can also choose to blindfold your players.

The player that picked the chopstick with King written on it is designated as the King. They will call out a random number and issue the player a command. The player with the chosen number will have to accept the challenge. This can range from simple tasks like “Number 3, drink 2 shots”, to more embarrassing ones like “Number 5, take off your socks”.

After the dare is completed, the chopsticks will be collected and redistributed. If you don’t have chopsticks lying around, you can swap it out for paper slips or good old drawing straws.

The King’s Game is more fun if the dares are outrageous and embarrassing – challenge your creativity to bond more as a group. 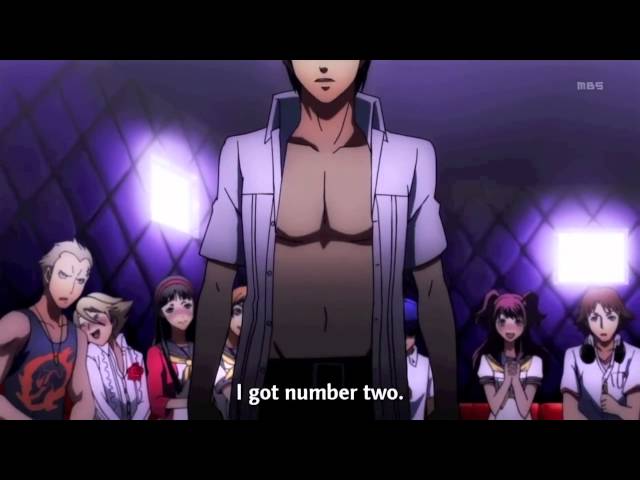 Persona 4: The Animation- It's Good to Be The King

Hashiken is a Japanese guessing game that’s similar to playing jankenpon with chopsticks. The game is so popular that there are even annual tournaments held in Kochi.

In this game, two players sit across each other. Both players will have 3 chopsticks and can conceal them in their fists and under their forearms. 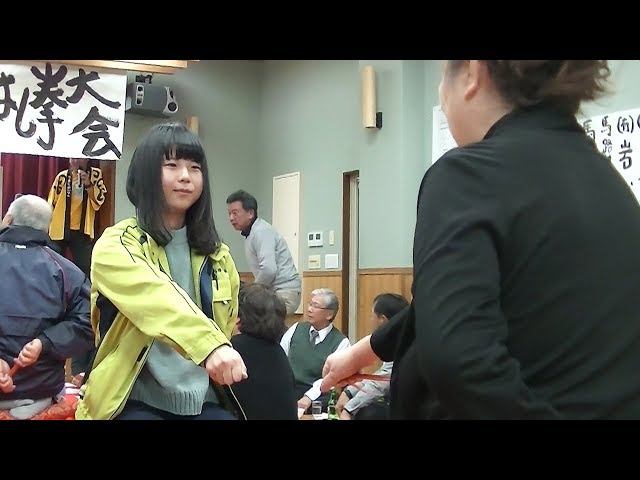 The goal of the game, however, is to not pick the cup with the flower in it. The player who does so will have to fill and drink from the cups that have been flipped over. It’s quintessentially a Japanese-style Russian Roulette drinking game.

If you don’t have a chrysanthemum flower, any small object, such as a coin, can also be used. Konpira fune fune is considered as the most famous ozashiki asobi, or games that are played with a geisha or maiko at a geisha dinner. It’s a fast-paced game that gets harder as the tempo quickens, or when you get tipsier.

Two players will sit facing each other with a table in between them. Put an object in the middle of the table – ideally something that can be easily grabbed in one hand. The players will take turns to clap and tap their hands in the “paper” hand sign on the object on the table.

The goal of the game is to keep up with the music and make the correct movements until one player is distracted and makes the wrong hand sign. The loser will have to take a shot.

The game is traditionally played while singing the konpira fune fune tune, a well-known fisherman folk song that’s sung at campfires and festivals. The tempo of the song picks up as the game progresses and it can get quite intense.

If you don’t know how to sing the konpira fune fune tune, you can replace it with a nursery rhyme. Alternatively, ask your friends who aren’t playing to clap along to set the tempo for the game and gradually increase it. 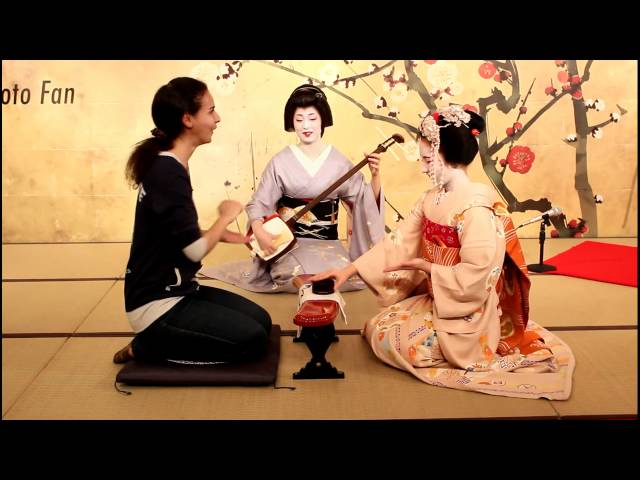 Tora Tora Tora literally means tiger, tiger, tiger (虎虎虎). This game is also traditionally played by maiko and geisha with their patrons as an ozashiki asobi, or geisha dinner games.

It’s played like Jan Ken Pon, but instead of using hand signs to signal, you dance and use your body to pose. The three poses are Samurai, Old Woman, and Tiger.

Make the “Samurai” pose by doing a spear-thrusting motion, the “Old Woman” pose by bending over and pretending to walk with a cane, and the “Tiger” pose by getting on all fours. The samurai wins the tiger because he has a spear, but the old woman will be eaten by the tiger. However, because the old woman is the samurai’s mother, she wins the samurai. The game is typically played with a song that the players dance to. There will be a screen in between the players, who only reveal their poses to each other when the song goes tora-tora-tora.

The loser will have to drink, naturally. 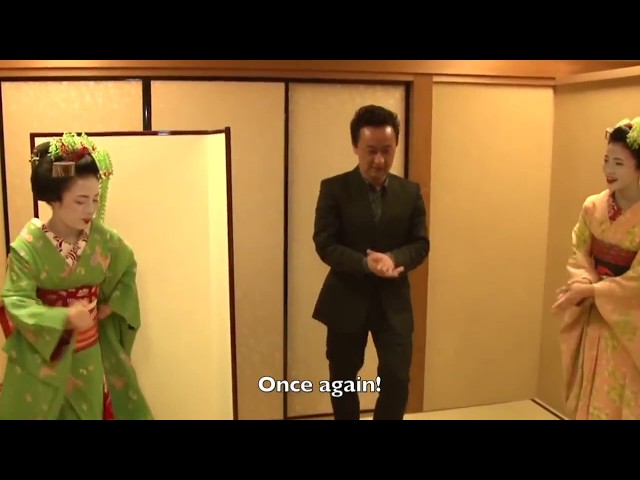 How to Play with Maiko and Geisha Experience Playing Japanese Games “Tora-Tora” in Kyoto ! The game is named after the Yamanote Line, the main train line in Tokyo that serves most major stations in the city, but you can replace it with any other train lines.

With everyone gathered in a circle, clap your hands to a beat. Each player will name a train station on a specific line, and if a player hesitates or misses a beat, that person will drink. Takenoko means bamboo, nyokki refers to the sound that bamboo shoots make when they sprout, and ki means tree. This game is about growing and ascending numbers.

Each player will have to say a number in ascending order, beginning with 1 to one less than the number of people in the group. So in a group of 10, players will say “one nyokki” (ichi nyokki) to “nine nyokki” (kyu nyokki). To begin, everyone has to put their hands together. Anyone can raise the count at any time and have to thrust their hands in the air while they do so – like a bamboo shoot. The catch is that nobody is allowed to say the numbers together, or they’ll be eliminated and have to drink. If no one committed an error, then the last person in the group who didn’t manage to say a number will have to drink. 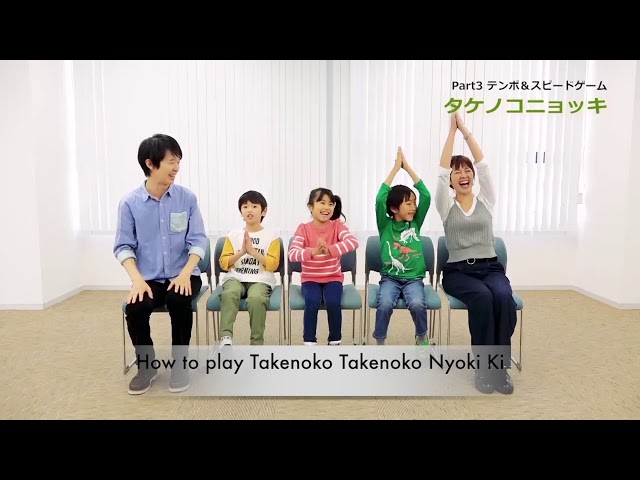 The next time you head for a night out with the buddies, be sure to give these Japanese drinking games a whirl, girl. Kanpai!

Check out these articles to feed your Japan wanderlust.