Japanese cocktails to try at home

In Japan, drinking is an art. Bartenders take their craft seriously, and thanks to that, we get to enjoy deliciously distinctive Japanese cocktails.

While it may be awhile until we can visit a bar in Japan, we thought it’d be fun to recreate some of these Japanese cocktails from the comfort of our kitchen. Be it an umetini from a snazzy cocktail bar in Ginza or a chu-hai from an izakaya, we’ve got a list of cocktails that you can easily recreate with supermarket ingredients. Highballs are basically spirits mixed with soda and can be found all over the world. But what makes the Japanese highball unique is its use of Japanese whiskey and how Japanese bartenders make it in a ritual-like manner.

While some might find too much for drinking at home, we think that it’ll be a fun activity to do. We’re all stuck at home with lots of time on our hands anyway. Tip: If you’re feeling lazy, Suntory sells a line of canned highballs. These can be found in convenience stores in countries like Singapore and the US. If not, your local Asian supermarket might stock it. 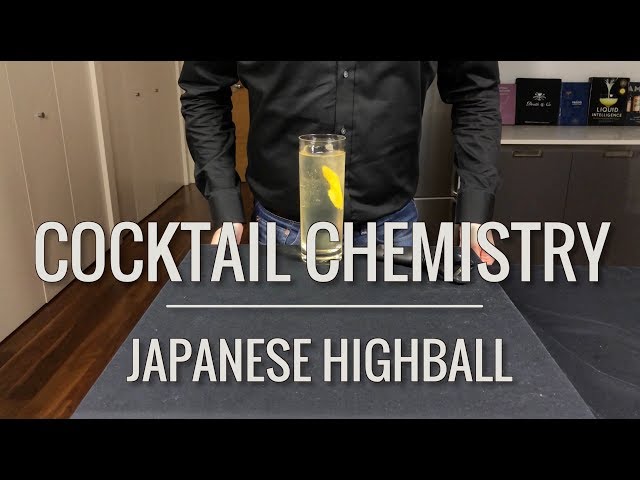 Basic Cocktails - How To Make The Japanese Highball The chu-hai is a portmanteau of shochu and highball, and it’s also a popular drink in izakayas. The most popular iteration uses lemon juice – the Japanese call the chu-hai “lemon sour” – but a variety of citrus fruits, like yuzu or grapefruit.

Shochu is a Japanese liquor distilled from rice, barley, sweet potatoes, buckwheat, or brown sugar, and tastes rather earthy. If you can’t find shochu, vodka can be used as an alternative. Canned chu-hai can also be found in convenience stores. If your local supermarket doesn’t stock shochu, you can use vodka as an alternative. Calpis Sour is a twist on ordinary chu-hai. It’s worth a shot if you like the taste of cultured milk drinks or if you’re a kid at heart. It’s essentially shochu topped with Calpis, a vanilla-flavoured yoghurt-like Japanese soft drink that’s milky and uncarbonated, kinda like Yakult but less concentrated. For some extra sweetness and flavour, you can add in syrup and cut fruits.

Check out an alternative recipe by Calpis here. A union between two of Japan’s favourite beverages – green tea and whiskey – was inevitable and matcha-hai, or matcha highball, is the brainchild of the country’s love for tea and alcohol. Green tea can also be used instead of matcha. In this case, it’s called “ryokucha-hai”.

Check out the original recipe here. The sake bomb is believed to have originated from American soldiers occupying Japan in the 1940s – it’s unlikely that the Japanese would have wasted good, delicious sake by mixing it with beer. But the drink has since become ubiquitous in bars and parties, likely because it’s fun and gets people buzzed quickly, much like Jägerbombs.

To make things more fun, count to three in Japanese before slamming your fist on the table. Say “ichi, ni, san, sake bomb!” The drink works best with warm sake and chilled beer for more fizz. Alternatively, you can dunk warm sake into a glass of chilled Red Bull or Monster energy drink. Similar in taste to eggnog, the tamagozake is a traditional Japanese cold remedy. Compared to other cocktails on this list, tamagozake is nutritious and feels like a warm hug on a rainy evening. 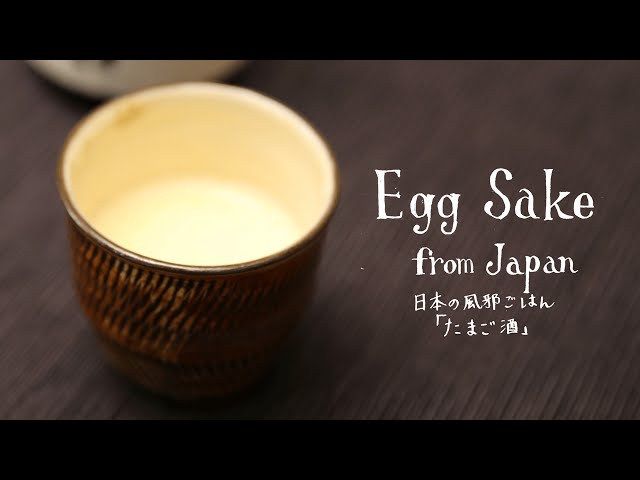 Cassis orange is a popular cocktail amongst Japanese ladies because it’s sweet and doesn’t really taste like alcohol. It’s a concoction that uses blackcurrant liqueur and orange juice, making it irresistible to alcoholics with a sweet tooth. Grapefruit juice is also a popular alternative to orange juice. Check out how this Japanese bartender makes a Cassis orange! A Japanese twist to the classic martini, this cocktail uses umeshu, a Japanese plum liquor. Umeshu is sweet and tart, and is a great replacement for the usual vermouth that martinis are made with.

Sorry Bond, but martinis are best served stirred, not shaken. 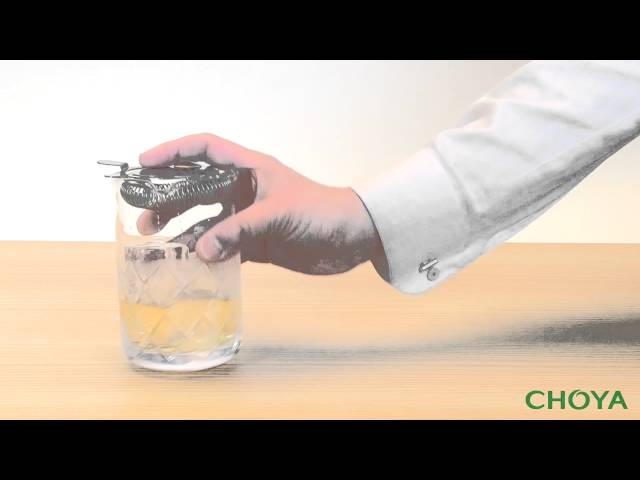 How to make a CHOYA Gin The Umeshu Tonic replaces gin in a classic cocktail: gin and tonic. Tonic water balances out the tart sweetness of umeshu and adds a touch of fizz. The umeshu mojito is a fruity and tropical explosion that’s a treat for your tastebuds. The umeshu further adds to the fruitiness of the cocktail. 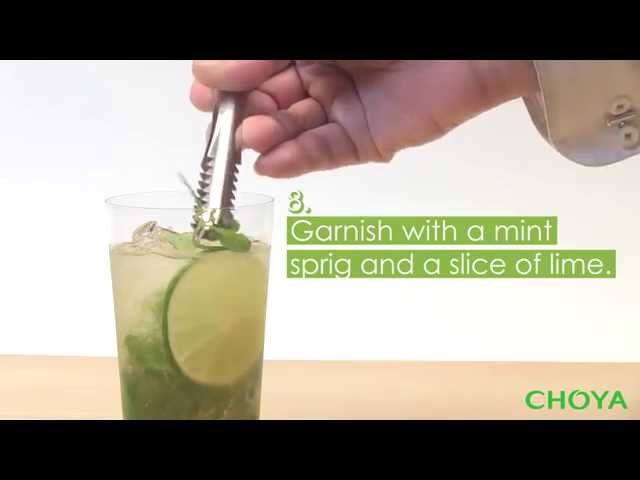 How to make a CHOYA Mojito

If you miss lounging in a snazzy Japanese cocktail bar or downing a highball in an izakaya, you can now recreate that feeling and enjoy a drink or two right at home. With some practice, you’ll be able to impress your friends and make them believe that you’re actually an expert Japanese mixologist.

Check out these articles that you can also do at home: