If you’re aching to give your island a long-overdue makeover but don’t know where to start, we’ve got news for you. Nintendo has announced that Animal Crossing: New Horizons will be getting an exciting revamp with a Super Mario Bros. update. From exclusive Mario-themed items to new outfits, here’s what to expect. According to their official Twitter, Animal Crossing: New Horizons released a free Super Mario update on 25th February 2021. The exclusive update was released to celebrate the 35th anniversary of the iconic Nintendo game. With the free update, players will be able to transform their island into their own Mushroom Kingdom. Though the update is already available for download, Super Mario-themed goods won’t be released till 1st March. A variety of new furniture, wallpapers, and exclusive collaborative items will be available for purchase via Nook Shopping. Look forward to familiar motifs such as the adorable Super Mushroom and Question Block. And perhaps the most anticipated item of all is the Warp Pipe. Just like how it’s used by Mario in the game, the green pipe allows Animal Crossing players to instantly teleport to different spots on their island. This means that your avatar will no longer have to waste time getting from one end of the island to another. For the fashionista who’s constantly on a lookout for new looks, you’ll be able to get your hands on Super Mario-themed clothes such as Mario’s and Luigi’s trademark overalls, and Princess Peach’s pink gown.

If you’ve not downloaded the update yet, be sure to do so ASAP so that you can get first dibs on the new Mario-themed items when they come out on 1st March. After you’ve done that, all that’s left to do is to save up some Bells and wait. Follow the Twitter accounts of Animal Crossing and Super Mario Bros. to get the latest updates. 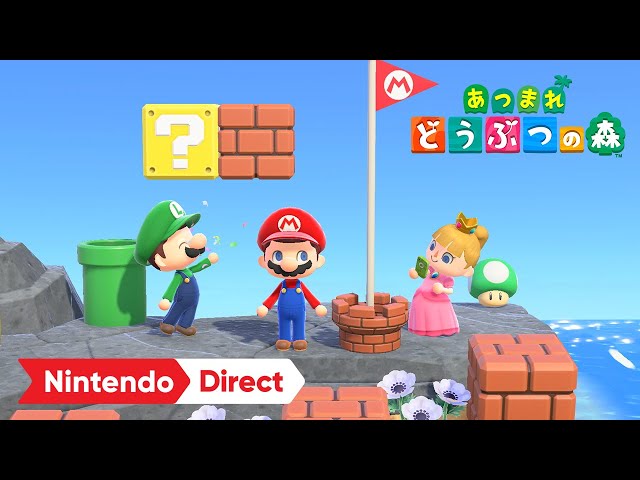 For more interesting articles, check out: