Vendors selling fruits on the streets aren’t exactly a rare sight in major Vietnamese cities, but last week, one particular fruit vendor in Saigon found himself the center of public attention thanks to his magnificently muscular body.

Wearing nothing but a loincloth with traditional Vietnamese patterns, displaying his six-pack and swole chest, the man offered watermelons to passers-by with a brilliant smile on his face, turning many heads. Understandably, his story instantly became viral on Vietnamese social media.

His clothing is a reference to a Vietnamese mythical figure 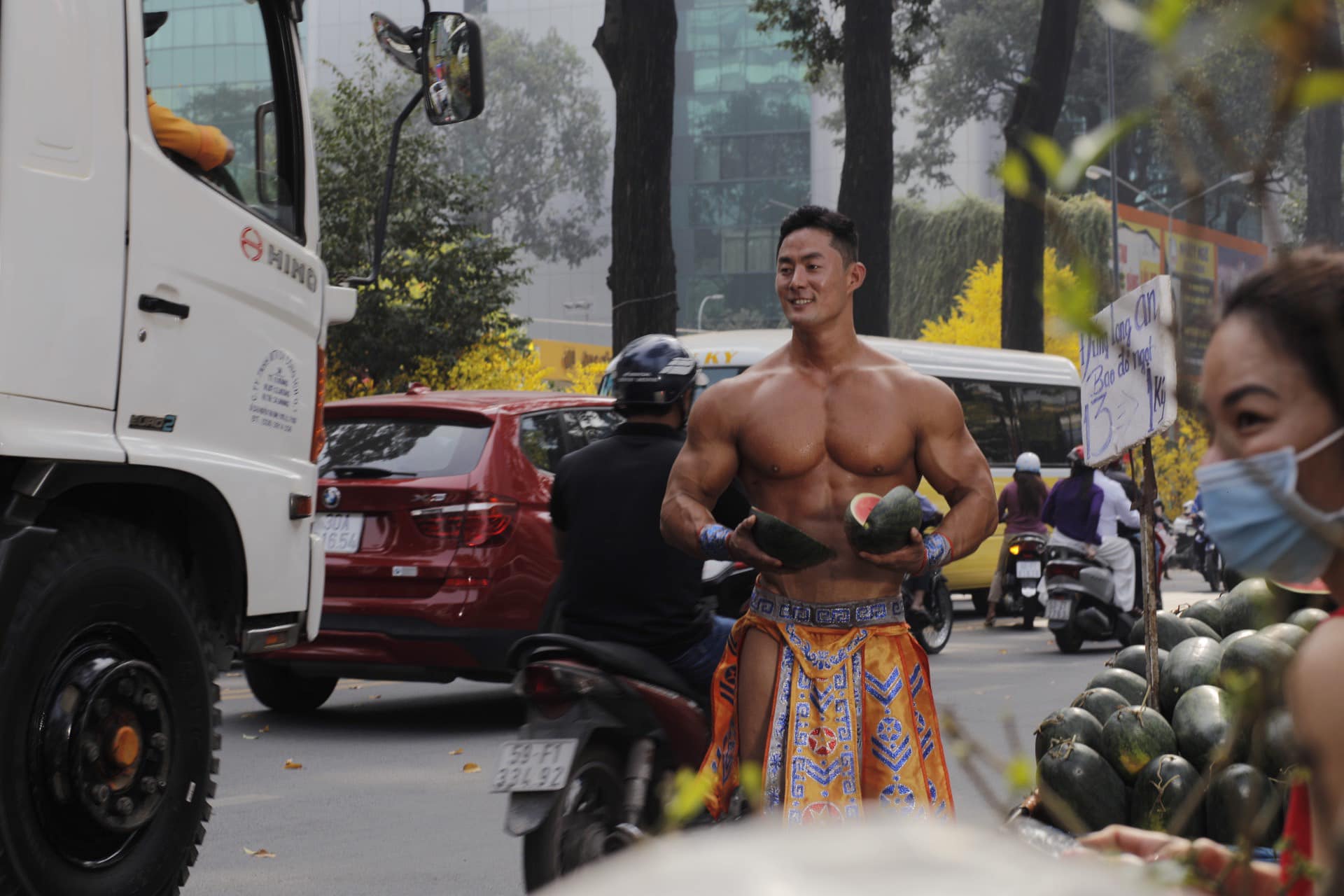 Unsurprisingly, curious netizens quickly uncovered the identity of the man in the pictures. He is Lee Won, a Korean fitness trainer who’s currently working at Fitplus, a fitness center in Saigon. Speaking to thannien.vn, Lee revealed the interesting story behind his unique appearance. 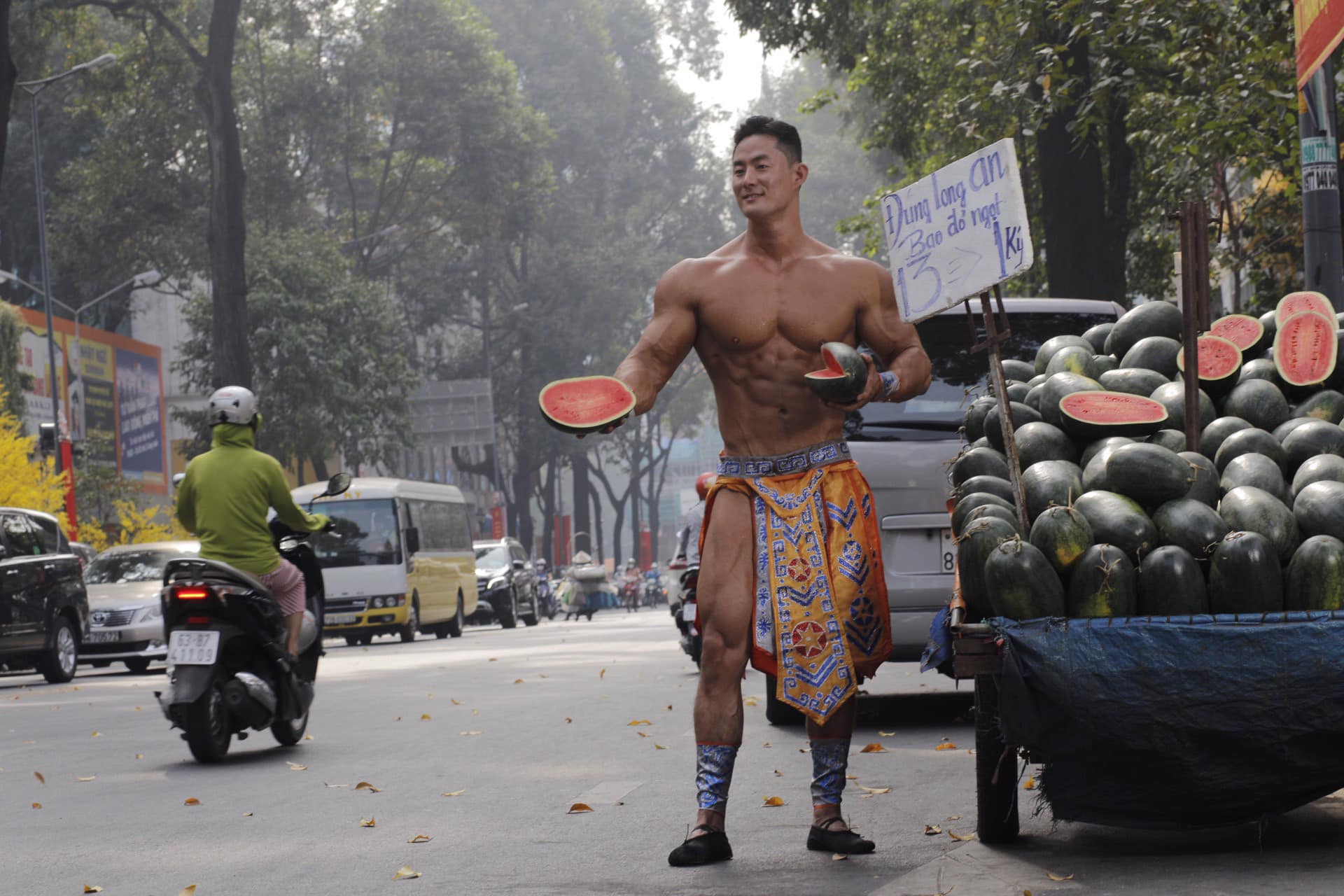 The loincloth that he wore, bearing colorful traditional Vietnamese patterns, was a reference to Mai An Tiêm, a mythical figure believed to be the man who brought watermelons to Vietnam.

According to legends, Mai An Tiêm was a strong, talented man who believed that only what he worked to earn was truly his, while other possessions, including those bestowed upon him by the king, were simply temporary. However, the king mistook his confidence for arrogance and exiled him to a deserted island. 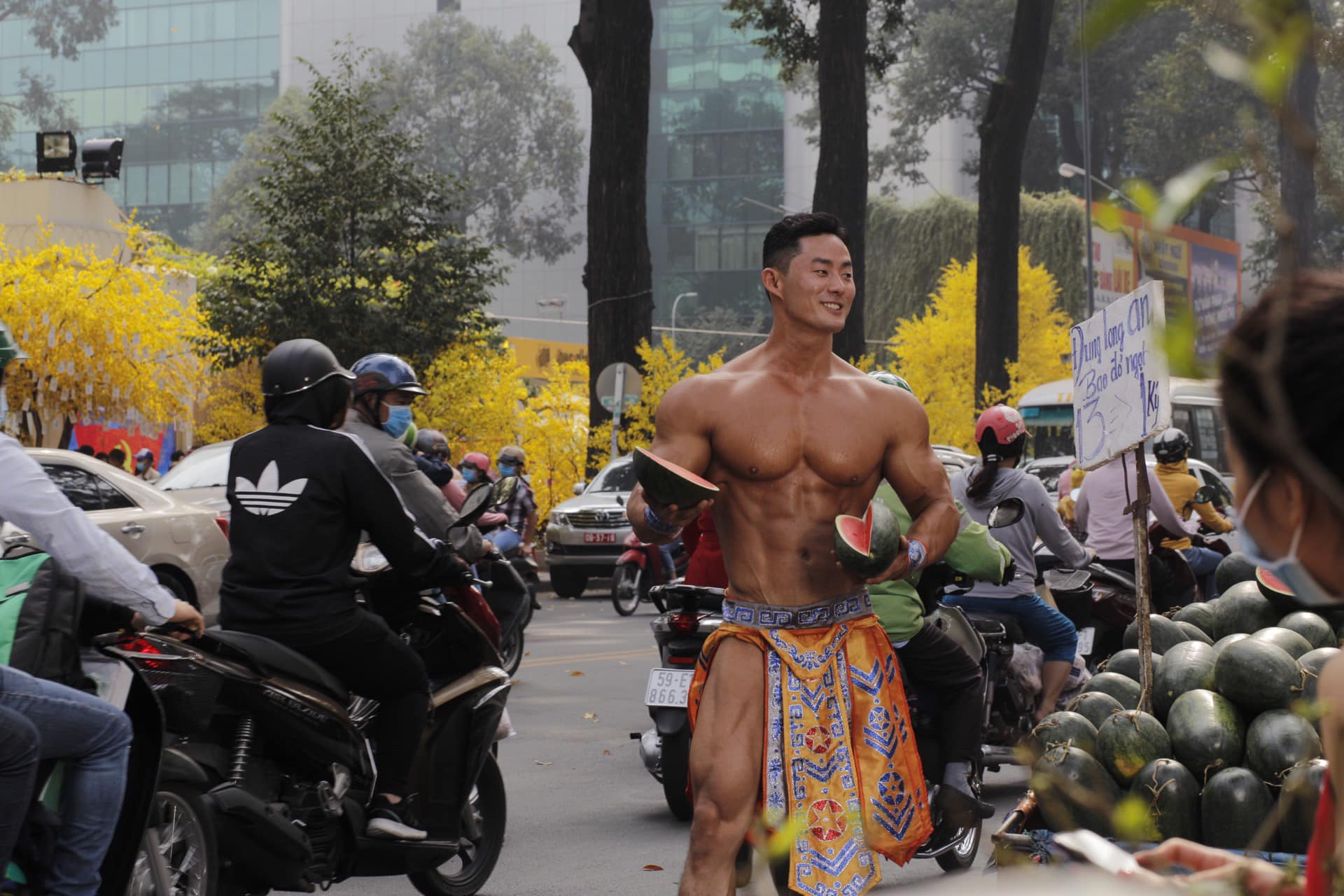 There, Mai An Tiêm found strange seeds dropped by birds on the beach and started cultivating them for food, and these seeds grew into what we call watermelons today. He started trading the fruits with ships passing by for other supplies, and before long, began making a prosperous living for himself, proving to the king that his words were true. 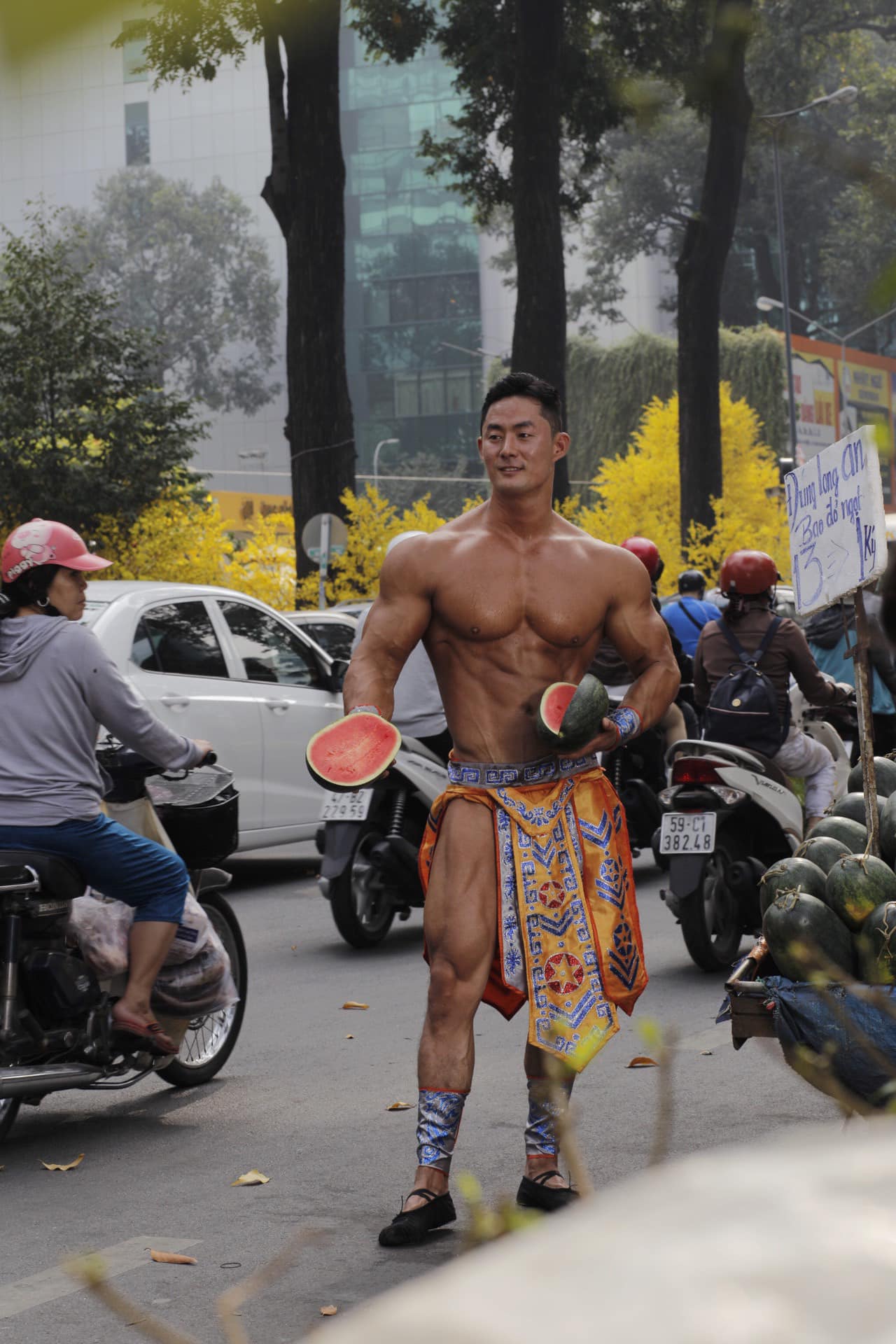 Lee Won shared that he had recently heard the story from one of his trainees and found it inspiring. He imagined Mai An Tiêm as a courageous, resilient, and determined man, and all of these qualities appealed to him as a fitness practitioner.

As such, he wanted to do a photo album to pay tribute to the mythical character and spread the message that we should all be true to who we are, but also always work hard to improve ourselves and have a positive impact on those around us.

Understandably, the 40-year-old fitness trainer’s ripped . . . erhm, watermelons have got many netizens, especially the ladies, thirsty. Many netizens have tagged their friends in the comments section of the pictures to ask if they suddenly had a craving for watermelons. 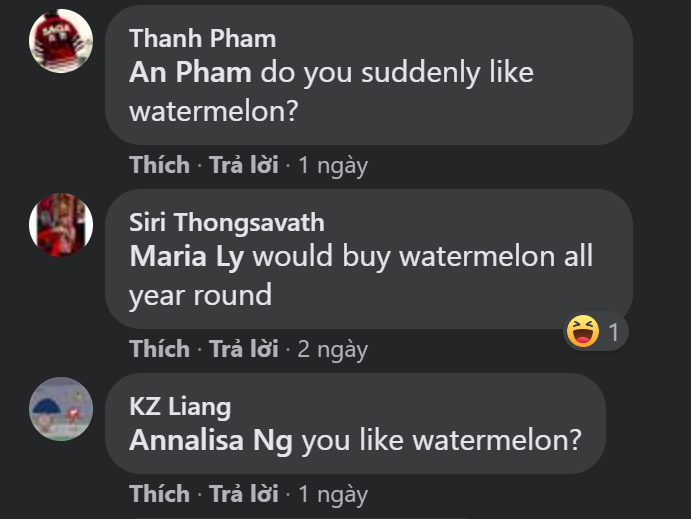 Some other commenters, such as Facebook user Thein Pya, were more straightforward, saying that they’d buy Lee’s entire watermelon cart as long as the seller came with it.

Of course, aside from admiring Lee’s assets, people also love his idea of using a reference to a Vietnamese legend to spread a positive message, praising his pictures with words such as “beautiful” and “tuyệt vời” (incredible) 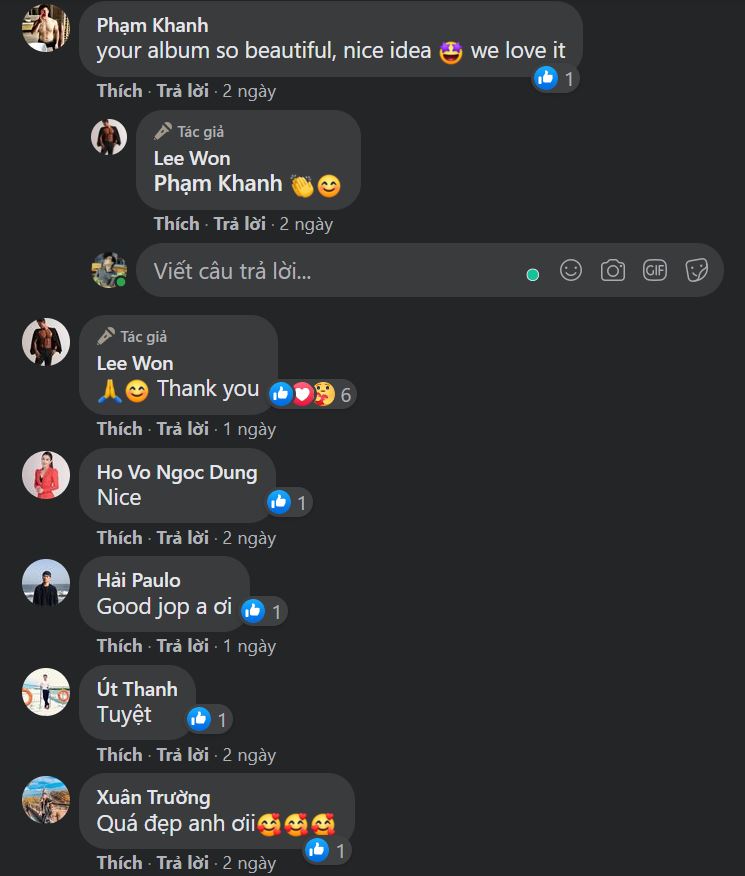 All jokes aside, we truly appreciate Mr. Lee Won’s love for our culture, and how he’s turned one of our popular legends into an inspiring message. Hopefully, his viral story can encourage people to embrace a healthier lifestyle.

In the meantime, we wish Lee and his family all the best in the upcoming lunar new year. 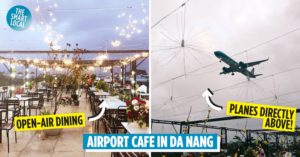 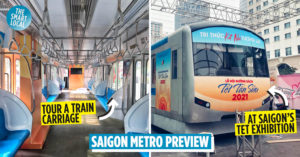