How I became a Thai-pop idol

Nothing in this world exists without an origin story. Take the world of pop music: just like how some may trace K-pop’s beginnings in J-pop, T-pop – or Thai-pop – also follows the paths paved by Korea’s leading producers.

In a similar vein, the gruelling system of trainees working ’round the clock towards becoming “idols”, was adopted by Thailand’s entertainment sector a decade ago, with many record labels signing on “idols-to-be” and training them in similar ways.

Nevertheless, every idol’s journey to be is ultimately different. Here’s my Thai-pop idol origin story – a.k.a how I went from a young ballerina pupil to a pop singer, and what it takes to become an idol.

Beginnings as a child ballerina

I was five years old when I started dancing. After noticing that I was unable to stop staring at the ballet dancers through a dance school’s window one afternoon, my parents asked me if I wanted to take lessons. You could say that my journey began from that moment – what started out as weekly ballet lessons eventually turned into a path towards the music industry.

Not long after I began taking dance classes, I was performing in public: from dancing at malls to dancing at one of the biggest concerts in Thailand by Thongchai “Bird” McIntyre – a legend – in 2005. Five years after my first dance lesson, my parents enrolled my two brothers and I into Mifa Music Academy. There, we undertook rigorous dance and singing courses that were part of a specialised curriculum: one that was meant to turn students into professional entertainers. Me and my mom after I played a cat-fish in a musical called “Sound of the Sea” in 2008.
Image credit: Nune Praewalin

The school gave us many opportunities to perform, and even appear in TV commercials and music videos, like Rawang Puen Kap Faen by Knomjean. Behind the scenes shots from a TV commercial I was in for Vietnam’s Dutch Lady Milk in 2008
Images adapted from: Nune Praewalin

Embodying lessons from Mifa and all these wonderful opportunities, I joined a dance troupe and began competing – and winning – hip hop dance competitions. Me and my dance team “Next Genz” winning a hip hop dance competition back in late 2000s
Image credit: Nune Praewalin

In short, I was just that kid who did a lot of after-school activities.

At that point, I was just living in the moment – but I’d never guess that those first pointe shoe steps in ballet school, were the baby steps I’d already took towards becoming a T-pop idol.

From an old friend, opportunity calls

One day, my parents received a phone call from an old friend – a call that no one expected to change our lives.

You see, it had always been my father’s dream for one of his kids to become a singer. So when their old friend called and invited me to audition for a spot in a girl group the next week, we didn’t hesitate.

For the audition, I sang a song I had practiced and danced freestyle to a song they chose on the spot. The recruiter also asked a couple questions. The one that stood out most was, “Can you lose weight?”

Eager to please, I said “yes”. Afterwards, I was told I passed the first round of auditions.

Shortly afterwards, I signed a five-year contract with MONO MUSIC – a new record label – who told me that I’d be part of a group with four other girls, whom I already knew.

I can’t pinpoint exactly how I felt signing that thick stack of papers, but it was a mix of elation and accomplishment.

We got started right away as “trainees”, otherwise known as “pop-stars in training”. The company expected us to come in for dance and singing lessons from 5PM-9PM on weekdays, and even longer on weekends.

Aside from honing our singing and dancing skills, we also had to do daily workouts – like running around the parking lot – to stay fit and, more importantly, to get in shape.

Despite being 13 and still growing, I was told to lose 5-6KG because I was too “heavy” for an idol. To meet that requirement, I took up a new diet that consisted of salads and canned tuna.

A few months into training, we were informed that we would be the first group in the company to debut and we’d be called “Candy Mafia“. The name was meant to simultaneously reflect our sweet appearances and dance skills that would slay our audiences. 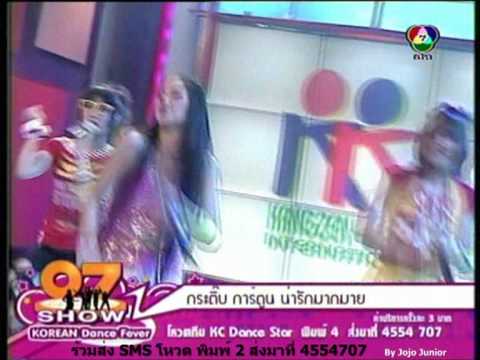 Before our debut, the company had us join K-pop dance cover contests – which we mostly won – to gain publicity as well as stage experience.

In the midst of the training and dieting, I also had to endure the fights between my dad and my manager.

My father sometimes dropped me off at practice late because my school was far away from the company. I was grateful that he found the time to take me to practice while he was also working, and caring for my mother, who was diagnosed with cancer.

The manager, however, wasn’t as sympathetic. To complicate matters, a member also left my company for another – leaving us with a group of four members.

Thinking back, those arguments and challenges were probably when the cracks in my pop-idol dream began to form.

An arduous road to debuting

Despite facing obstacles during our 3-4 months of traineeship, our Candy Mafia project was poised to continue. Our first photoshoot as Candy Mafia members. My position in the group was the “sweet girl” who’s also a rapper.
Image credit: Postjung via Dek-D

We were assigned our first single, Mafia, for which the music video would be shot in South Korea. The hype around having an internationally-produced MV pushed me to smile through the practices that only seemed to get more exhausting.

We flew to Korea one week prior to the shooting date. The intensity at practice, understandably got turned up even further.

Our daily dance rehearsals went on for 7 straight hours. We were also expected to practice upon returning to the hotel, and wake up early the next day to exercise. 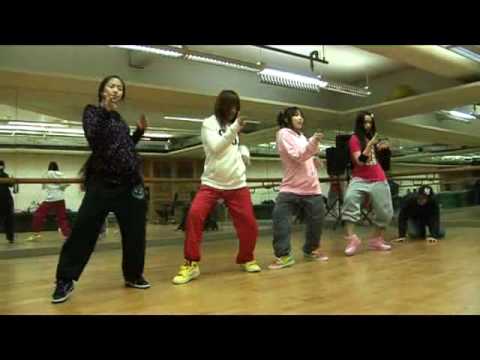 candy mafia Behind the scene mafia in korea

While we were practicing in a room that was 12°C, we would be dripping in sweat just an hour into it.

When the day came, we shot the music video for 25 hours with very few breaks in between. One of our members, “Garn”, even slipped and twisted her ankle, but fought hard to hold out till the end. Despite the draining process, we could all agree on one thing – for our very first big break, it was worth it.

Debuted in Candy Mafia in late-2009

After an intense few years, Candy Mafia finally debuted with the single Mafia on YouTube in late 2009. After our official debut, it was distributed on various Thai entertainment channels. Our hopes were up high with a K-produced music video in our hands.
Image credit: Crunchyroll

However, our first single was met with backlash. People – both in Thailand and Korea – alleged that we “copied” K-pop groups like 2NE1 and 4Minute in our MV. *Thinks back to the hours spent rehearsing and cries*

Fortunately, we had a good support system around us – especially our parents – so we didn’t feel too discouraged and continued to work hard. By the time we released our second single, Alzheimer, we popped in a fifth member – “Milk” – and people began to take a liking to our songs. Our later releases even topped some charts and brought us awards – both local and international. We performed at the Asia Song Festival in 2012 and received the Rising Asian Star Award from the event.
Image credit: The Chosun Ilbo

But, no matter how beautiful the rosy picture of success appeared, we were still walking down a difficult road.

Growing pains and my departure

Besides balancing school and work, what I struggled with the most was how I had to look presentable and be in shape at all times. I couldn’t upload a makeup-less selfie nor wear baggy shorts to practice because they weren’t very candy-esque.

I also visited slimming centres – even though I was only 15-16 years old – and underwent extreme diets. At one point, I was only drinking three bottles of juice per day in order lose the weight that I gained due to stress.

Our dance practices also got more intense. I recall practicing once with tears pouring down my face while my mom was watching.
Image credit: Nune Praewalin

Furthermore, my mom was diagnosed with incurable bone cancer when I was a trainee. It was only after she passed away in 2011 – while I was working on our third single – that I realised I rarely spent any personal time with her. Our last trip together in South Korea back in 2009
Image credit: Nune Praewalin

Coupled with other personal problems, I eventually decided against renewing my contract. Thus, closing a chapter in my life as a T-pop idol.

Balancing your dreams and life’s curveballs

Looking back at all the things I’ve done and been through, I’d ironically walk down the same path again if life had a rewind button.

Thanks to my time in Candy Mafia, I learnt a great deal about the nature of work and different people, as well as the importance of balance. I’m also deeply grateful for was how it opened up my world and provided me a variety of experiences that helped shape my perspective. But I’m never going to forget how I faced many insecurities – particularly about my body – and developed a keen sense of loss after having my mother’s departure happening amid promotion times. Memories and experiences that have molded me into who I am today.

More importantly, I got to do what I love, which was to perform, see people smile, and make my dad’s dream come true.

Nothing worth fighting for ever comes easily

What I’ve learnt from this experience is that being an idol really isn’t easy, especially when you’re a teenager.

The road to becoming an idol sure is tough. However, there’s no doubt that every career path has its fair share of obstacles and challenges.

As long as it’s something you love or want to do, I for one, believe that it’ll def be worth it. 9 Mew Suppasit Facts That Justify Why The Polymath Actor-Singer's Mewlion Fandom Will Only Grow In 2021
Mother Gets Lost At Field Hospital, Comes Back With Two AstraZeneca Shots