For many years, Thailand’s stray animal population has continued to grow, causing problems like rabies. That’s where organisations like Soi Dog Foundation comes to the rescue.

Pet owners tend to abandon their dogs and cats at many temples, because they assume that the monks will take care of them. Soi Dog Foundation is a non-profit that was set up in 2003 on Phuket Island. The foundation aims to  solve and sustain the growing stray population on the island through their Catch, Neuter, Vaccinate, and Return (CNVR) strategy. This has become a huge success. 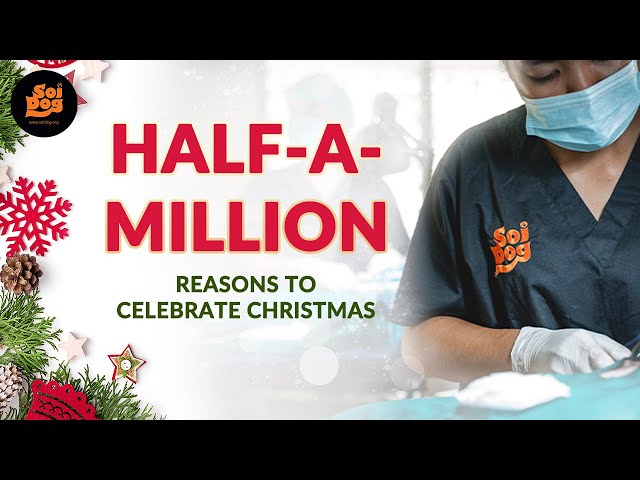 Half-a-million reasons to celebrate the holidays! 🎉

Within 17 years, they’ve done large-scale neutering campaigns. Recently, they’ve hit half a million sterilisations and reduced the population of stray animals by 90%.

Support the cause and reduce the stray animal population Some of the best ways to support the organisation and their cause are by adopting a stray, volunteering, donating supplies and money, and buying their merchandise.