There are a number of families in Thailand that keep monkeys as pets – their intelligence and proximity to the human species seem to be what draws people to adopt them.

Such was the case for Godzilla, a 3-year-old Macaque that was adopted by a Thai family but later taken away by wildlife authorities.

Other recent viral stories in Thailand:

Godzilla was taken away from his owner, Mr. Manop Emsan at Minburi Market by authorities on 25th March 2021. The reason being that Godzilla, who weighs 20 kilograms, is double the healthy weight for a Macaque – 8-10 kg – and therefore must go to a weight rehabilitation camp. “The monkey was critically obese and needed to be on a diet as soon as possible”, said Mr. Phuwanak Krumnoi, one of the wildlife officials, reported Khaosod English.

This isn’t the first time a monkey has had to undergo mandatory weight rehabilitation. Back in 2017, a monkey named “Uncle Fatty” went viral for being extremely overweight due to locals overfeeding him – his story acts as a cautionary tale. He was found wandering around Bang Khun Tien Market and weighed around 27 kg. The officials noticed his presence and also came to take him away to monitor his health according to the Nation Thailand. 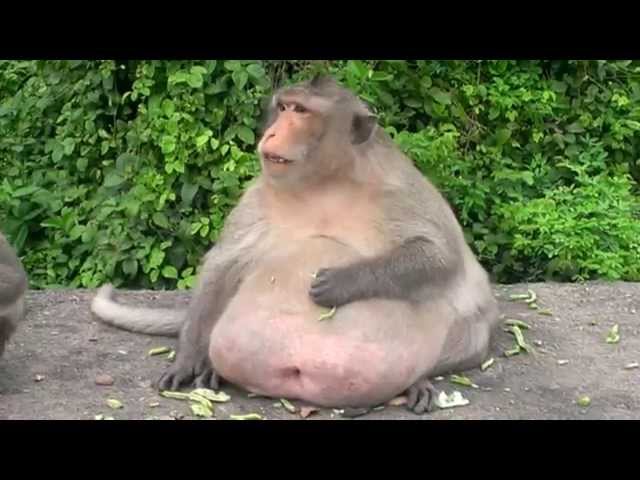 Feeding wildlife can be detrimental to them, because they will forget their wild instincts and start depending on passersby to feed them. It’s also dangerous for other citizens as well, because they can become aggressive when demanding food from others. Thai Teachers Cosplay As Comic & Anime Characters, We Wish All Lessons Were This Fun
Chatuchak Weekend Market Will Open 6 Days A Week From 1st April, Regular Shopping Can...