Suppasit “Mew” Jongcheveevat, a.k.a. Mew Suppasit, is an actor from Thailand. With his appearances on the cover of magazines, such as ELLE, he might as well be a professional model too.

While he’s most famous for his role as “Tharn” in the Netflix BL hit, TharnType: The Series, Mew’s also conquering the world of music, breaking into one chart after another.

Here’s where Mew Suppasit is at now, and reasons behind mewlions’ craze for this polymath.

We’re thinking that Mew Suppasit might just be a collector. Not of stamps or vinyl records, but of wins – one of his many accolades include “Best Kiss Scene” from the LINE TV Awards in 2020. As you might have guessed, the trophy was given to not just any work, but was awarded to this iconic ankle-kissing scene from TharnType: The Series. Mew even made a cute speech on stage, where he gave kudos to Gulf’s ankle – his co-lead – for their win. We thank you as well. For more juicy shots, why not just give the series a try? We guarantee that you’ll be holding your breath and curling your toes throughout all the episodes.

After melting people’s hearts with his award-winning performance on TharnType: The Series, Mew shifted gears from acting to singing. Mew first performed his debut single, Seasons of You, during a Global Press Conference on VLive – yes, that platform where you watch Run BTS – last August.

The video currently shows over 230 million likes. While an impressive number, we really shouldn’t be surprised considering #SeasonOfYouGlobalPress was the number one hashtag on Twitter on 1st August 2021 with over 1.2 million tweets on that day alone. Promotional photo for Season of You

Since then, he’s released five singles in just under a year and has topped chart after chart with each record.

3. Mew was interviewed by BamBam from Got7

They say that birds of a feather flock together. Mew Suppasit was interviewed by a fellow Thai singer, BamBam from Got7, on the Korean TV programme, Simply K-Pop CON-TOUR. Just as he topped Twitter charts on the day of his debut, the hashtag #MEWxSimplyKPOP trended at #1 on Twitter in Thailand as well as in other countries. The interview took place on the Thailand episode with Mew participating through a YouTube livestream.

Mew discussed his nickname, “Face Genius”, with BamBam. But of course, no interview would be complete without discussing Mew’s killer visuals at least twice. When asked about the secret to maintaining his “handsome looks”, Mew answered that it’s getting enough sleep.

Tune into the interview to hear Mew sing a cover of Chocolate by Bolbbalgan4.

4. Harper’s BAZAAR Thailand’s website crashed when they published an article about him

The keyword for Mew Suppasit is “sensational”. He’s not only breaking into charts – and perhaps hearts of mewlions -, but he’s actually broken down an entire website. On Valentine’s Day last year, Harper’s BAZAAR Thailand posted an interview with the hot “couple” – Mew and Gulf – from TharnType: The Series. Within an hour of publishing the piece, the website crashed after readers poured in to read the article.

Translation: Sorry, fans. There are currently many people reading this article that our website’s down. We’re working to fix it. Thank you very much.

This incident was def foreshadowing how big Mew was going to be, as you’re about to discover.

5. His album made it to #3 on the iTunes world chart

Exactly one year after he debuted his first single on VLive, Mew released his inaugural album, 365. Watch out ARMYs because mewlions took Mew up to #3 in the Worldwide iTunes Album Chart on the same day it debuted. Definitely a round of applause for Mew, his team, and – of course – all the mewlions and waanjai.

Yesterday, Mew held a special performance where he sang songs from his new album 365 on YouTube. 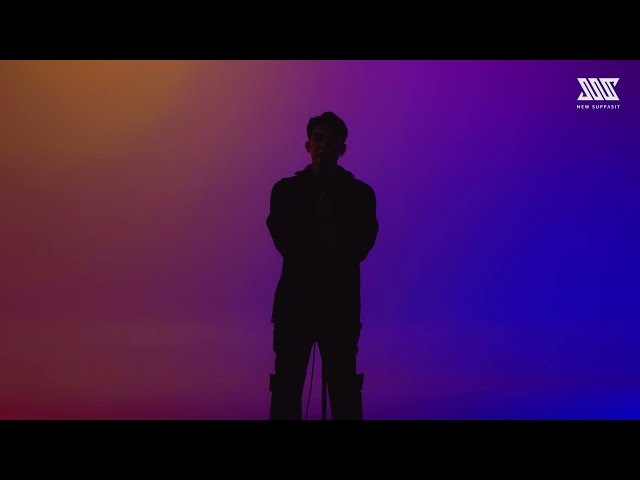 As predicted, he once again ruled Twitter: #ThreeSixFiveLive trended at #1 in Thailand as well as other nations.

He’s since been crowned the “King of Trending Hashtags”, and we’re totally bowing, too. The livestream showed that it’s not only Mew’s talent that has won the hearts of millions of mewlions, but his personable demeanor is also responsible.

During 365 Live, Mew discussed his journey towards becoming a pop-star, the story behind his album, as well as took the time to thank all of his supporters.

We stan a conscientious king.

Mew Suppasit is one to look out for – as Forbes says, “he isn’t most artists”.

Not only was Mew the first Thai artist who managed to make it into Billboard’s World Digital Song Sales chart, he snagged over five spots in the top 10 three days after the release of 365. Any musician would know that this is an extremely difficult feat.
Screenshot: @MSuppasit

Let’s just pause for a moment and take note that this is just his first album.

On 3rd August 2021, his single Drowning ran at #4, followed in line by four other singles: including Missing You with Zom Marie, Let Be Me with Autta, More and More, and last but not least, Time Machine.

We wouldn’t be surprised if Mew printed the list and hangs it among his wall of trophies. TBH, if we were him, we would too.

Now stop for a second and take a deep breath cuz things are about to get hot. Here, Mew is bestowed with the title of a “charming prince”. Both a king and a prince? Girls, you better find your tiaras quick. According to TBW, candidates were judged based on their face ratio, amount of votes, and global beauty standards set by three cosmetic surgery experts from LA – and it seems that Mew almost hit a perfect score. With that fluffy hair and heart-piercing eyes, perhaps, we could see him jumping up to the Top 5 this year.

9. He has an equally cute doggo named “Chopper”

The only thing that can make one of the most handsome men in the world even more attractive is a dog. Mew is a parent to a pomeranian gent called “Chopper”, who happens to be turning 8 this November. We can tell that they’re an inseparable pair with Mew often showing him off on the ‘gram and putting him in the cutest fits. As you may have heard, guys who love dogs always make the best BF.

Mew Suppasit is stealing hearts & topping charts all over the world

Considering all of his accomplishments – and his good looks – we’re not surprised that Mew Suppasit has crashed websites and dominated Twitter trending lists in different countries.

We’re definitely hopping on the mewlion train and will be simping for this multi talented actor-singer for years to come. 8 Legit Ways To Summon & See Ghosts In Thailand According To Local Paranormal Experts
I Used To Be In A Thai-Pop Girl Group, Here's What It Takes To Be...