Kim and Kanye To Divorce

From Kim’s appearance in Kanye’s “Bound 2” MV, to their 12 Million Dollar wedding in Florence, to their ultra-fab vacations with their kids, it’d be easy to imagine Kimye would live happily ever after. 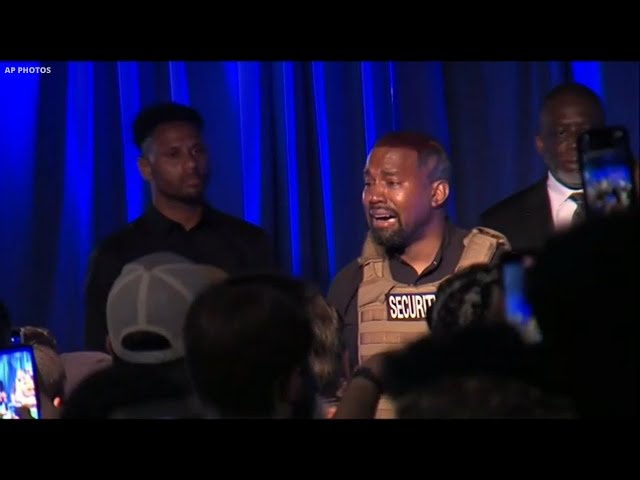 Kanye West not only put himself in the running for the President of The United States title, but recounted the couples’ private conversation about Kim’s first pregnancy at a rally
Source: abc7

However, as with everyone in 2020, things took a turn.

Divorce seems to have been on Kim’s mind

Kim Kardashian was quoted saying she’s “had enough” of Kanye by a source on Page Six. She’s also had her lawyer, Laura Wasser, on retainer for a while now. Wasser is the divorce lawyer that Kim used during her split from Kris Humphries. She’s also represented stars like Britney Spears and Angelina Jolie. The couple prioritise their children, and mental health

Factoring heavily into her decision are the couples’ four children: North, Saint, Chicago and Psalm. Vanity Fair published that a source said Kim is “truly trying to decide what to do to protect the kids, but also her own sanity.” Both of them have been transparent with the public on their mental health, and how important it is to them. They have and will continue to support each other. Kim responded to Kanye West publicly calling her mother, Kris Jenner “Kris Jong-Un” by asking for sympathy. After 9 years of a very public relationship, Kimye appears to be coming to an end. Let’s hope that both stars continue to pursue their passions. Whether it’s fashion, music, art or even fight for their respective causes – becoming POTUS or Prison reform. Note Udom’s Comedy Special Is Coming to Netflix And Yes, There Are English Subtitles
Thai Lady Stocks Up On Sausages, Is Surprised By Bonus Lollipop Stick