Interactive adventures to take at home

As lockdown gradually eases, people are preparing to travel again – though all these safety measures can curb your sense of adventure. If you’re not bored of isolation yet, binge-watching shows at home can still be an adventure with choose-your-own-adventure games.

But be careful, it could be a choice between life and death. You are in a simulation, travelling through Arcadia and “the real world”, with a box that anyone can steal from you. Your goal is to get to a mirror in a lake that “reveals the reflection of your true self”. 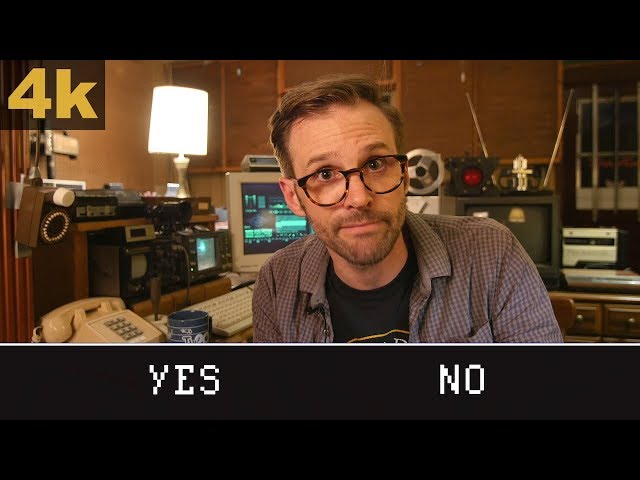 QUEST - A Choose Your Own Adventure - Trailer In one scenario, your “dad” asks you at the breakfast table about last night’s homework.

This interactive adventure mixes elements of an RPG (role-playing) video game with daily life in the “outside world”.

At the end of your journey, you get a ranking to reflect the choices you made on the way. I got “Warrior” for my first playthrough. Other times, you’re clashing swords with a knight.

Quest is a silly mix between the old Choose-Your-Own-Adventures™ books and LARPing*. At times, it does feel like virtual reality because there’s no sense of location, and the story feels scripted like a video game. It’s very tongue-in-cheek about itself, and that makes Quest enjoyable to replay.

*Live-Action Role-Playing is what happens when you take tabletop roleplaying and perform it out in the open like a stage show. Co-workers Chad, Matt and Rob are late to their meeting. An ecstatic Rob shows and starts telling them about his newfound discovery: a pair of garbage cans that can time travel. However, a group of men in suits and shades is in pursuit of him, and the three time-travel to escape their pursuers. The Time Machine (not to be confused with H.G. Wells’ novella) is one of the earliest interactive movies from YouTube, and surprisingly, it still holds up. Although short compared to other ones on this list (only nine outcomes), The Time Machine’s blockbuster plot and budget look are reminiscent of a student film. It feels like something made between friends and shared with the rest of the Internet. 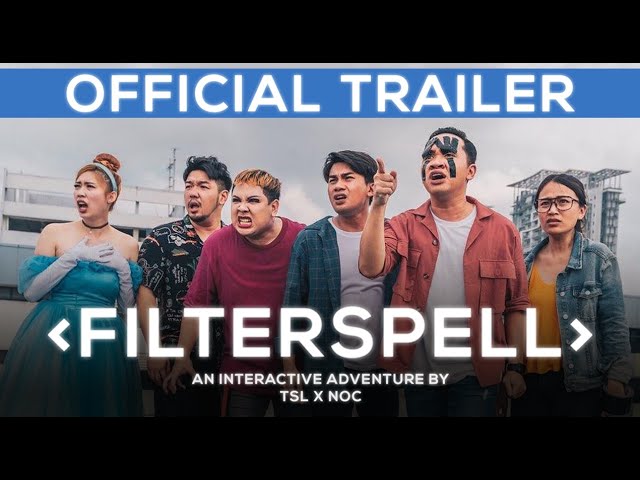 It’s just another regular day at the TSL studios, where the team is shooting a collab video for their YouTube channel with Night Owl Cinematics (NOC). But what starts off as an innocent game of trying out different filters on Instagram takes an unexpected turn when they start coming to life – and only you can help save the crew from this strange curse.

You saw it right – this fun interactive adventure is the brainchild of TSL (hey, that’s us!) and NOC, and is made up of  clips that bring you on a hilarious journey as the team figures out what in the world is going on. There are 10 different outcomes that could pan out, and it’s entirely up to your choices. This stands out from our usual YouTube videos which our community knows us for, making this an exciting short film both for TSL and NOC fans, and new viewers alike.

And while you’re at it, check out our YouTube channel here.

4. A Heist with Markiplier You and your partner-in-crime, Markiplier, break into a museum to steal a mysterious artefact. The two of you escape with the loot, but this is only the beginning of a bigger adventure. 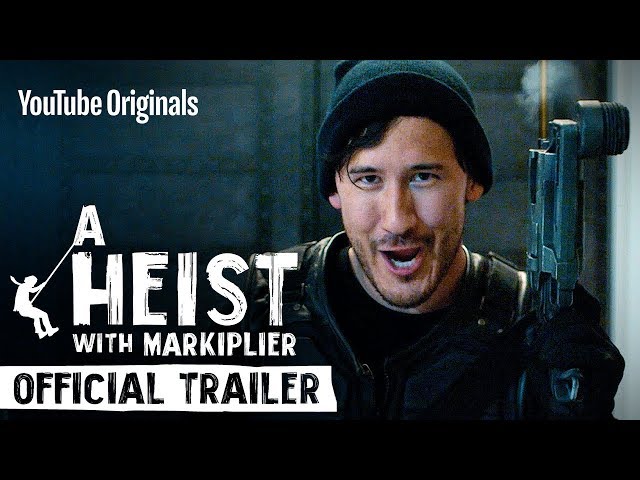 A Heist with Markiplier | Official Trailer Heist is the first and, so far, only YouTube Original made to be interactive. There are 31 possible endings to stumble upon, some of which will either kill Mark or take weird detours. This interactive movie has a rather high production and Heist really does feel on par with an indie movie, and Mark gives it his all.

Markiplier has been entertaining fans since 2012 and specializes in horror, which he includes into Heist. His on-camera as an overconfident goofball in contrast to his humble personality earned him many fans throughout the years. In one choice, you and Mark fall into the ocean and get stranded on an island with a jumpy-looking hermit.

I got Ending 12, which was honestly the most ordinary one. You escape prison and go home.

Start your adventure here.
For a behind-the-scenes, see here.

And if you’d like to get to know a little more about Mark before embarking on an adventure with him, check out his Draw My Life here. (Note: Get your tissues ready.) But if heisting is not your thing, you could always go on a date with Mark instead here.

Four days before Halloween, the programming director at Nile FM radio station ends up murdered during a heated meeting, and five employees are suspects of killing their boss. It’s up to you and Det. Omar to get the bottom of this murder mystery. 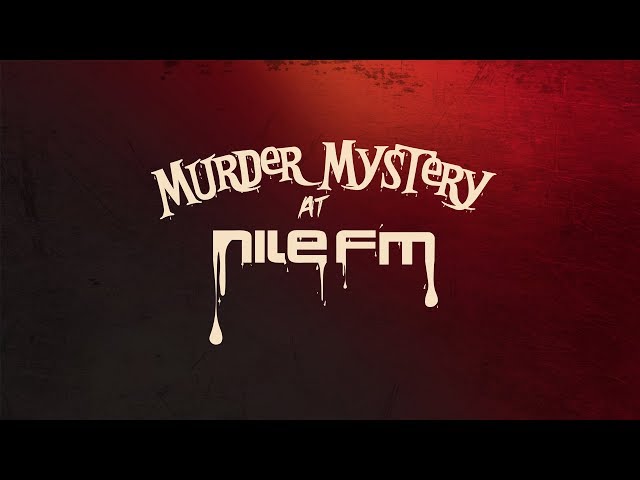 TRAILER: A Choose Your Own Adventure Murder Mystery This interactive adventure was a Halloween special for the Nile FM radio station, starring the station’s radio presenters and takes place entirely in the radio station. Each presenter brings their personality to the investigation, from the taciturn Mickey to the anxious, bickering pair of Mark & Sally. While Who Did It? is certainly not the first murder mystery or whodunit, it has a Cluedo* charm to it, although much more linear.

*Cluedo is a board game played by six players, where each person accuses each other of murdering the victim with a particular weapon. 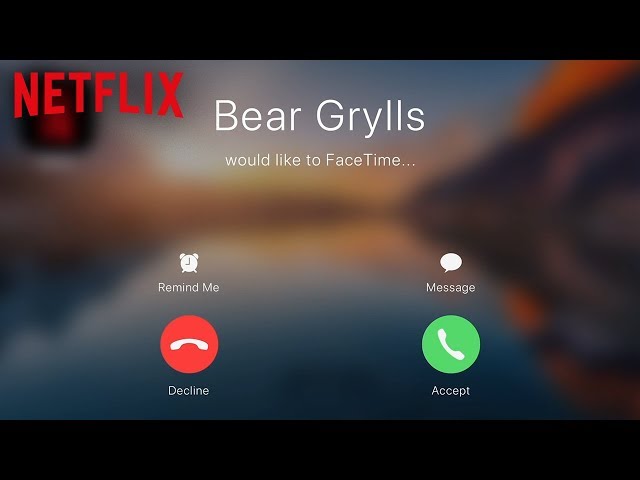 Call of the Wild - An Interactive YouTube Video | You vs. Wild | Netflix


Note: This is an interactive trailer. Adventurer Bear Grylls travels to corners of the world, from the jungles in Central America to a mountain pass in the Swiss Alps, on missions to help people or find a way out. Based on the show Man vs. Wild, Grylls finds himself stranded in remote locations and uses his wits to get to safety. But this time, you are the one who decides Grylls’ fate, whether he plays it safe or goes against senses. Of course, the first thing some people would do is find the quickest way to put Grylls in danger.

In the first episode, you have choices like sneaking past or scaring a crocodile and eating grubs or termites. Whichever you choose, Grylls drops a survival tip to explain why one or the other worked. For example, a birch bark burns longer than cloth when making a torch.

You vs. Wild is a more grounded adventure compared to others on this list, but it shows how thrilling the wilderness can be while learning a thing or two along the way. 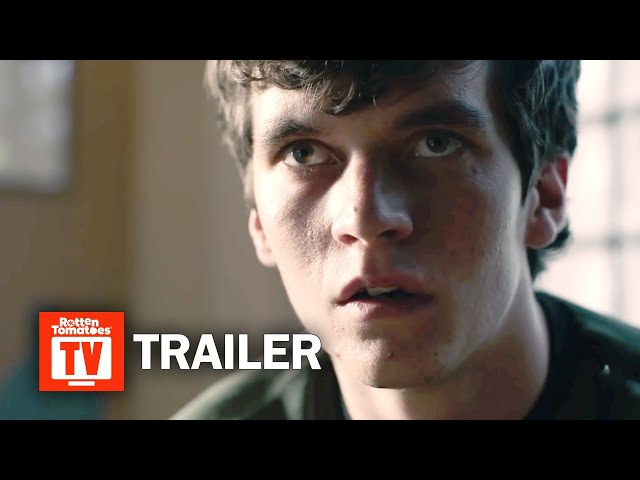 A young programmer named Stefan Butler recently joins the Tuckersoft video game company with the idea of adapting Bandersnatch, a book with a dark history behind it. Soon enough, Butler becomes obsessed with the work, and like its author, and slowly goes insane. The hardest decision in Bandersnatch
Image credit: The Conversation

First thing’s first: rest assured you don’t have to watch the first four seasons of Black Mirror to play Bandersnatch. The story becomes more warped and even self-aware as you play through the episode. Eventually, even your choices don’t feel like your own anymore.

Video game enthusiasts will get a kick out of Bandersnatch’s references to real-world video game history. Yes, there is, in fact, a real-life Bandersnatch out there, and it’s fortunately not one that drove people axe-crazy.

Note: Like the rest of Black Mirror, there are a lot of disturbing images in Bandersnatch. Watch at your own risk. Set in the Minecraft universe, Jesse (you) and friends enter a building contest at EnderCon.

On the same day, a mysterious man appears, and the world comes crashing down. Narrowly escaping with your lives, your gang set off to look for a group of heroes who could save the world: the legendary Order of the Stone. A lot of us, myself included, grew up playing Minecraft after long days at school. Even almost a decade later, Minecraft’s still getting updated. It taught people to think critically and be endlessly creative.

Story Mode is what happens when stories build around a community. The lessons of friendship and working together seen in Story Mode is something we also learn from Minecraft itself when playing with friends. These characters resemble aspects of our friends, whether they are helpful or needing a hand all the time.

There is a proper video game version of Story Mode as well, but it will be challenging to find a copy since Telltale Games no longer sells the game.

9. Carmen Sandiego: To Steal or Not to Steal Master thief Carmen Sandiego arrives in Shanghai to steal another artefact, only to fall into a trap set up by her former mentors. Carmen has no choice but to burgle historical relics from around the world to save her friends. Those who grew up with edutainment games may be familiar with the name Carmen Sandiego. The franchise taught children about geography and history while following the trail of the eponymous character as she globe-trotted and stole artefacts.

In her newest adventure, Carmen Sandiego is a Robin Hood type of thief instead. She still packs her punches while her accomplices brief her with fun facts about her destination. The format works well to feel the least like being stuck in school, and occasional jokes between them lighten up what would otherwise be like reading straight from a textbook.

You don’t only make critical choices in video games, but also in real life. Choosing the right choices will help keep you safe among other things.

More importantly, deciding to be the best of yourself to others is much needed during this time. Remember to focus on taking care of yourself but also not forget those around you.