It’s been two years since BLACKPINK lit up the stage at Coachella, but we’re still reeling from that killer performance.

While the world has stopped, it seems that there is no stopping BLACKPINK. Rose released her solo tracks – On The Ground and Gone – this March, and Lisa is poised to drop her solo album this very weekend.

Hence, here are some fun facts about Lisa Manoban for us to dote on before what is expected to be another banging release.

1. Lisa legally changed her name after a fortune teller advised her to

If you have Thai friends, chances are they have their “nickname” and their “official name” that you never really hear.

Lisa’s legal first name is “Lalisa”, which means “one who receives prosperity”. Although, this wasn’t always her name. Originally named “Pranpriya” at birth, Lisa changed her name after a fortune teller told her that “Lalisa” would bring her more luck than her OG name.

Considering how big she is now, it seems like the fortune teller knew what she was talking about. Can we get her number?

While Lisa isn’t afraid of stepping in front of a big crowd at huge stages like Coachella, she’s one who would raise a white flag to needles. Revealed to the audience in a V Live chat session, she once fainted right into Rose’s lap after receiving a flu shot.

After all, Lisa Unnie is just another human.

3. The most followed K-Pop idol in history

While us mere mortals tend to celebrate every time our pics get hundreds of likes on the ‘gram, Lisa is on another level.

With over 58 million followers, Lisa is the most followed K-pop idol in history. Maybe after we headline an international music festival, we’ll get that many followers, too.

Considering she’s a K-pop star, many are surprised to find out that Lisa is actually of Thai descent. It’s fair though. Considering the idol can not only speak Korean fluently, but can also rap in the language, it’s hard to believe it’s not her native language. Back before she was the most followed K-pop idol, Lisa was just a girl with a dream. She was one of four thousand who auditioned for the company in 2010, and was the only Thai offered the chance to become a trainee for YG entertainment.

During Lisa’s five years of training, she always received “A” grades in all performance aspects. Seems like all the hard work has surely paid off, considering we’re all so eagerly anticipating her solo album.

5. Her parents do not own a hospital In fact, her stepfather, Marco Brushweiler, is a world-renowned chef. While the culinary and medical industry both place a great emphasis on cleanliness and knowing your way around a knife, we’re not so sure how the rumour that her parents own a hospital started. 6. Lisa is a paw-rent to five cats and a pupper

When she’s not dominating the charts or the internet, Lisa is hanging out with her fur-babies. The K-pop idol is a mother to Luca, Leo, Lily and Louis. In addition to her kitties, she also has a puppy named “Love”. As someone with two Ragdoll cats in their company office, I’d like to take the opportunity to note that Luca and Lily are also Ragdoll cats. Earlier this year, CHOEADOL, an app where the people cast their votes for different categories, asked the community which female idol was worthy of the “Dancing Queen” title.

Over 60% of participants voted for Lisa.

Plus, her bandmates followed closely behind her. The top four names in CHOEADOL’s list are all BLACKPINK members, leading us to believe that their dance practices are so intense yet rewarding. I mean, imagine going famous for dancing and having your legs become a meme. Around the early 2010s, BIGBANG was topping charts all over the world. Even newer members of the K-pop fandom would recognise some of their members’ names: G-Dragon and Taeyang. Lisa was actually in a music video for one of Taeyang’s more popular singles Ringa Linga. To date, the MV has over 120 million views. 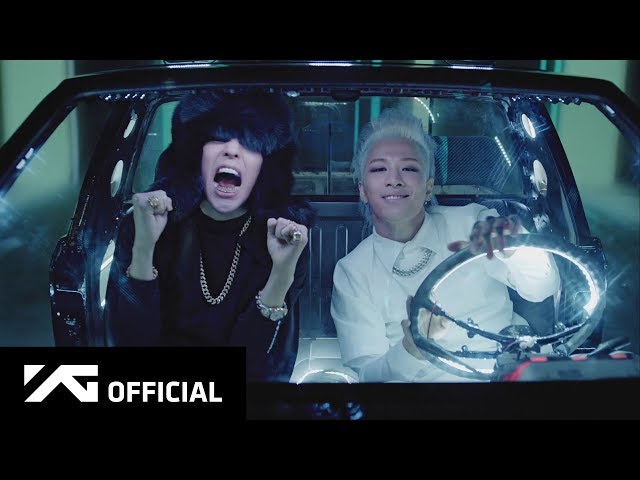 Ringa Linga climbed up to number three in Billboard’s “US World Digital Songs” chart, and number six on the Gaon Chart in South Korea.

9. She is Celine’s first brand ambassador

In September 2020, Lisa was appointed as the first brand ambassador for luxury fashion brand, Celine. According to Billboard, the label’s artistic director, Hedi Slimane, named Lisa as his “muse”. She was even seen sitting in the front row of the label’s runway show during Paris Fashion Week. 10. Lisa and BamBam from Got7 were in the same dance crew

Before Lisa was the Dancing Queen, she was part of the dance crew, WeZaa Cool.

Also part of the troupe was BamBam from Got7. 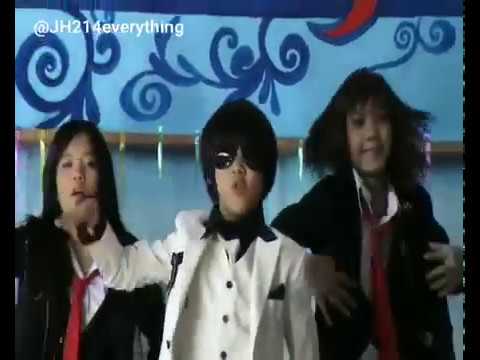 I wonder if we told those two teenagers that they’d soon be selling out multiple stadiums and representing one of Thailand’s largest telecommunication providers if they’d believe us.

11. Lisa is protective of her bangs

The K-pop idol is hardly ever seen without her signature fringe. When the band appeared on Knowing Bros on JTBC, Lisa admitted that she gets “very stressed” if her fringe isn’t absolutely perfect, as written on Koreaboo. One of her bandmates, Jisoo, further mentioned that Lisa would “throw hands” if anyone were to touch her bangs.

While some of us can only dream of rocking blunt bangs like the K-pop idol’s, 2020’s at-home haircuts proved that fringes are not for everyone.

So, if there were ever a day when we had bangs like Lisa does, we, too, would be on the defense if anything – or anyone – threatened them. Seems she’s had this hairstyle for a while
Image credit: Koreaboo

Lalisa is dropping on 10th September

At just 24 years old, Lisa Manoban has already done so much. This list only contains a fraction of the things that this K-pop powerhouse has achieved in a short period of time – we’re excited to see what the future holds for her.

While we can’t support this Dancing Queen in person, we’re thankful that we can keep up with her – and her pets – on social media. Bangkok & Chiangmai May Reopen From Q4, After Phuket Sandbox's 'Success'
Baan Na Kang Tong Has Scandinavian Style Cottages With Private Jacuzzis In The Middle Of...