Jollibee’s One True Pair The Movie

We haven’t seen Bea Alonzo and John Lloyd Cruz together on screen in a while, but with their new short film with Jollibee, our favorite love team is back to let us experience all the feels once again.

After much anticipation, Jollibee Studios, known for its short movies that tug at the heartstrings of Filipinos, just released the 30-minute One True Pair The Movie, featuring the celebrity pair, on 30th November.

The film tackles love and its complicacy 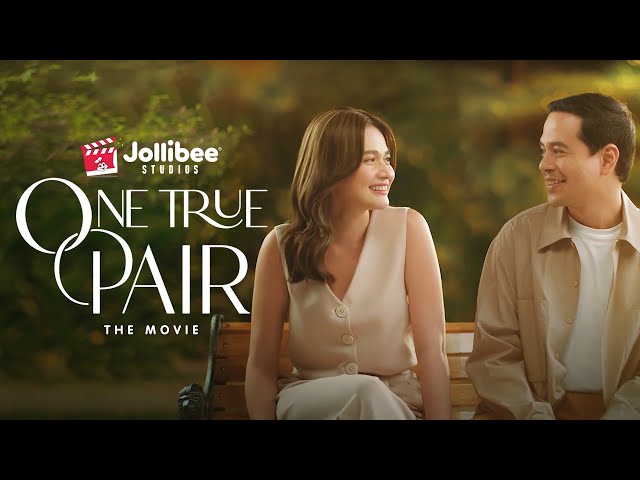 One True Pair The Movie

Directed by JP Habac, the film references the real lives of Alonzo and Cruz while tackling the complicacy of love. Shot in various locations around Metro Manila, it depicts the two as a love team who met and caught up with each other again for an upcoming film after they had taken a break from the spotlight. Alonzo and Cruz’s Jollibee film is their first project together after five years, so many have been looking forward to the two reuniting. In an interview with GMA’s 24 Oras, Cruz said that their comeback project is only a matter of time.

“It’s only a matter of time. Every time na makikita ko si (Every time I come across) Ma’am Annette (Gozon-Valdes), we would talk about concepts and ideas, especially on films,” Cruz was quoted in a GMA News article.

Alonzo, for her part, feels happy to have worked with her on-screen partner once again. “It feels great because I’ve always looked forward to working with John Lloyd again, and I had so much fun working with him. Parang ‘di lumipas ang kalahating dekada (It’s as if half a decade hasn’t passed),” Bea said in the same article.

They are working on their projects with the Kapuso network

Aside from their film with Jollibee, the two have been busy these days working on their projects as new Kapuso celebrities. Alonzo has been shooting the Filipino film adaptation of the Japanese series “Pure Soul” with Alden Richards, while Cruz has begun work for his sitcom with GMA.

After their break from the limelight, the two indeed deserve all the projects and support coming their way once more. And what better way to signal their comeback than the Jollibee short film, One True Pair The Movie, which prods on the kind of love that goes beyond romance.

The love team of Bea Alonzo and John Lloyd Cruz is iconic for a reason. Depicting the highs and lows of love with their undeniable on-screen chemistry, their pairing has proven their capabilities as actors and has also become a symbol of the quintessential Filipino love story.

Aside from One True Pair The Movie, we hope to see more Bea and John Lloyd projects in the future.