Deep into the quarantine season, travelling is now something foreign to us. But we don’t need to fret over the places we want to visit outdoors, as virtual tours can fill in our wanderlust in the meantime. And fortunately, a creative Filipino gamer who goes by the name of JST Creations has been building historical Philippine landmarks on Minecraft, so we can take virtual tours in-game.

We can now travel the country from home by exploring his digital versions of Philippine landmarks such as the Manila City Hall. Most recently, JST creations has also introduced his Minecraft rendition of Fort Santiago in Intramuros, Manila. 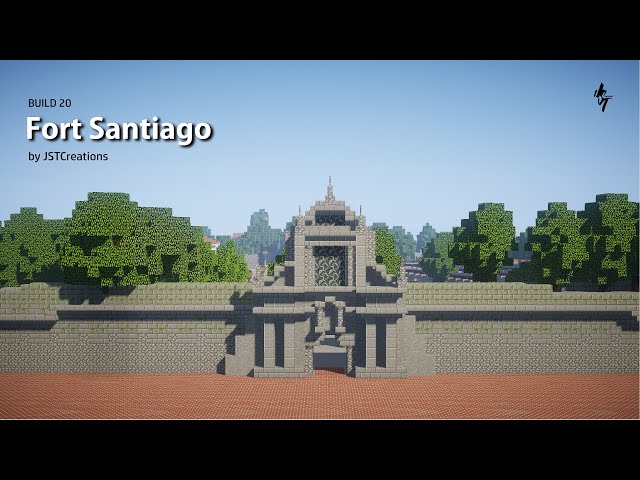 The reimagination is a panoramic rendition of Intramuros’ Fort Santiago, complete with the famous wall and sprawling lush gardens of the famous citadel.

Seeing the full work can make you feel as if you were on an actual virtual tour, so much so that even the Intramuros Administration recommended it as a way for us to #travelfromhome. Aside from hovering your eyes over the eye-catching Minecraft creation, you can learn mini historical tidbits about the fortress along the way.

The full Minecraft tour upload on YouTube is accompanied by details such as how Intramuros became the headquarters of several colonizers in Philippine history.

Previously, the gamer also published his vision of what Manila Cathedral could be like as a Minecraft landmark.

The Intramuros Administration itself has also created a virtual video tour of the historic fortress – though not in Minecraft, it’s 7 minutes of real-life footage filled with more in-depth details about the site’s history and sections. JST Creations’s Fort Santiago work has been receiving praise, with fellow gamer Kala Bi even requesting them to make a version of UP Diliman’s Quezon Hall.

YouTuber Damiane Manzo has also been requesting for a Quiapo Church virtual tour.

While we’re cooped up at home during this pandemic, we can still make the most of our quarantine days with video or in-game Intramuros virtual tours that help us take our imaginations to its beautiful historical space, even if we can’t be physically present there.