Christmas gatherings in the Philippines

Christmas is usually a family affair in the Philippines. As it’s a time when extended families gather, it’s also a boisterous affair that’s so much more than just having dinner.

1. Caroling – singing Christmas carols at each house in the neighborhood 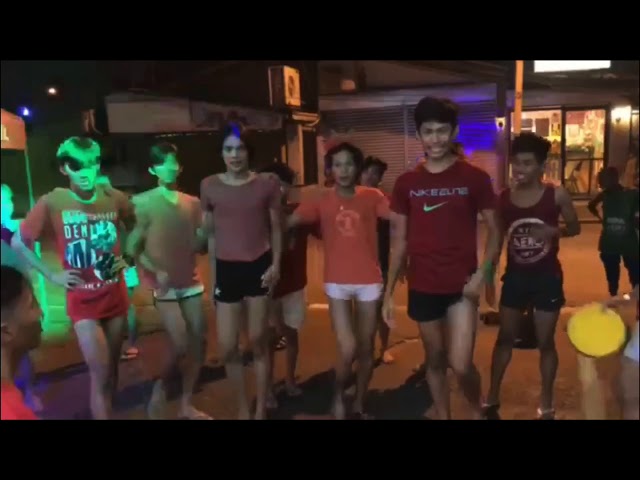 While older-generation Filipinos anticipate Christmas decorating in September, kids and teens look forward to caroling around their neighborhoods from 16th December until Christmas Eve.

However, there are just some kids who are so excited for Christmas that they start doing this Christmas tradition at the beginning of December or even earlier.

Kids and teens gather their friends to go around their community to sing Christmas carols at each door. They usually receive loose change from homeowners, but there would occasionally be a well-off neighbor who hands out paper money.

Of course, there would also be a few grinches who turn off their Christmas lights to avoid giving the carolers money. Despite this, all hardships are forgotten once it’s time for the kids to divide up their earnings later in the night.

2. Pamamasko – finding ninongs and ninangs to get Christmas money During the Christmas season, parents would also take their kids to visit their ninongs (godfathers) and ninangs (godmothers) at their homes to get Christmas money.

For this, children get money simply by doing the mano, a gesture of respect that involves taking an elder’s hand and pressing it one’s forehead.

However, ninongs and ninangs, in general, are notorious for being elusive during Christmastime. They’re suddenly not in the places where they’re normally are and only re-emerge after the holidays.

Thankfully, other godparents also give the sibling that’s not their godchild money to prevent jealousy between siblings. Christmas is an extended family gathering in the Philippines
Image credit: @ireneguevarra26

Back when bigger gatherings were allowed, extended families would come together for noche buena or Christmas dinner, using this as an opportunity for a reunion.

Each family would bring celebration food in potluck dinner fashion. Sometimes, people would even gather at one house from the morning of the 24th to prepare food. You’d often see family members huddled at one place, exchanging stories while wrapping lumpiang Shanghai or grilling Pinoy barbecue.

Pancit, spaghetti, and some kind of sweet salad would also always be present at the dinner table.

Potluck is also done at daytime class Christmas parties in school before the holiday break. If aunts and uncles aren’t easily convinced by a simple mano, the kids in their family would put on a talent show at the party to get Christmas money.

This is often a simple dance or song-and-dance number that can be done with 5 minutes of practice – it doesn’t have to be perfect, you just have to be enthusiastic.

Talent shows are also done during company Christmas parties in the Philippines. Since not everyone is blessed with talents in the performing arts, these are often judged by their impact on the audience. Employees also go all out with their performances to get a big prize. 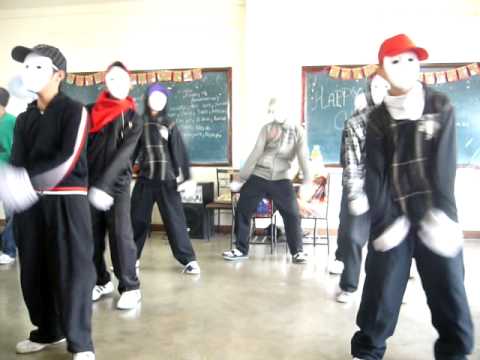 A dance performance from a Christmas party in 2009
Video credit: ultimatewerts

There are also times when people dance at Christmas parties just for the sake of entertainment, without expecting any monetary gain. After all, there has to be some sort of entertainment to make memorable Filipino Christmas memories.

In the 2000s, kids used to dance to Sexbomb songs such as Spageti. Meanwhile, Jabbawockeez-style performances were popular for class Christmas party performances.

In more recent years, K-pop songs have also become popular songs to dance to at celebrations, including Christmas parties.

6. Karaoke – a staple at any Filipino party Karaoke at a Filipino party
Image adapted from: Alexander Javier

Karaoke is the one other thing that never goes missing at a Filipino event besides lumpia. After all, our country’s known for being a vocal powerhouse, with internationally recognized Filipino singers such as Lea Salonga.

However, you could still be an outlier. If you’re not particularly musically gifted, you must be familiar with the embarrassing feeling of taking over the mic after your power-belter cousin, especially when they’ve just scored 100 on a Celine Dion song.

At every party, there’s almost always that one person who hogs the karaoke machine and enters as many songs as they can to sing consecutively, too – even if they don’t have the best singing voice.

7. Parlor games – physical games that bring so much laughter However, there could also be a game of Pinoy Henyo – a Filipino word game popularized by the noontime show Eat Bulaga – for the adults.

Elders love hosting these kinds of competitions for kids during parties and providing small cash prizes in exchange for a night filled with laughter. Even if you’ve eaten more than you can – and maybe even gotten food fatigue – you can expect to take home more food to last you for days when going home from any Filipino party.

This part is where random ice cream containers become handy for storage. If not, the adults would use a ziplock bag or just any clean plastic bag they have lying around to pack each household some food to take home.

While Filipino Christmas practice of packing food to take home might seem too much, it’s actually heaven-sent if you particularly like one dish that a family member only makes once a year.

9. Saying goodbye – having to do it many times before actually leaving Filipino titas catching up with each other
Image adapted from: Reuben Pierre Morante

Since Christmas is one of the few times in a year where the family gets together, adults take a lot of time to say goodbye during parties.

It’s even worse when you go to your parents’ kumare (female friend) or kumpare (male friend) who hasn’t been home from abroad for years.

Even if your parents say you’re going home at 11PM, your mom will still be chatting with her kumare while packing your take-home food for another hour.

Many younger Filipinos can surely relate to standing awkwardly at the gate as your parents continue to talk with their friends – and feeling horrified when they start to talk about a new chismis (gossip).

Filipino Christmases are definitely an experience. With festivities happening one after the other, we sometimes just can’t help but wish that the holiday we waited for so long would end.

However, now that we haven’t been able to celebrate Christmas as usual, we most definitely can’t wait to make more of these Filipino Christmas memories once again. 9 Shops With 2022 Planners So You'll Never Miss A Meeting Or Lose Track Of Your Goals Again
10 Filipino Personalities Who Captured Our Hearts In 2021, From Olympic Champs To Empowered Filipinas