After a string of popular boys’ love series and movies from Boys’ Lockdown to Gameboys: The Movie recently, another LGBTQ-themed drama is set to make our hearts flutter. Looking at the relationship of two women and how fame plays a role in their lives as social media superstars, BetCin follows Beth (Kylie Padilla) and Cindy (Andrea Torres) who host the online show “BetCin.” The two are in a challenging time while their online show is also about to end, but an invitation to join a contest for social media sweethearts determines the tricky course of their relationship’s next path.

Both the actresses had an unforgettable time on set Given the series’ exciting, unique storyline, the lead actresses enjoyed their time doing the series.

On Instagram, Torres called the project one of her most unforgettable, while Padilla also called her character Beth “the best thing in the world” who reminds her of being freed from the responsibilities associated with being a woman in society.

How to watch the series 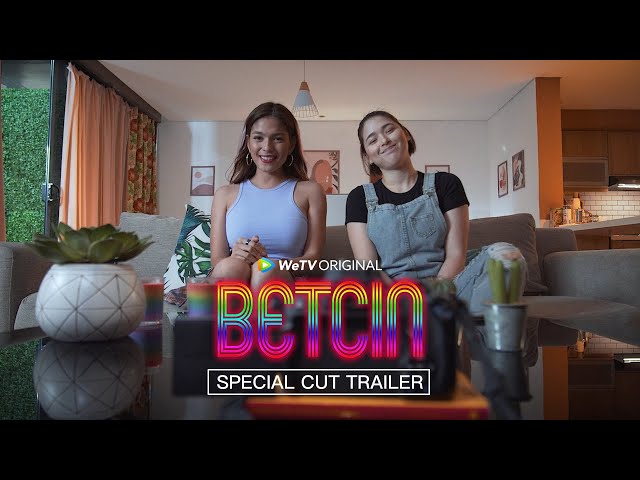 BetCin streaming this October 15 on WeTV

The girls’ love series will stream on WeTV starting 15th October. To watch the show, download the WeTV app first on the App Store or Google Play Store if you aren’t subscribed yet. There are many subscription plans to choose from: P59 (monthly), P159 (quarterly), P599 (annual), and P149 (one-month pass) (ranging from ~USD1.16 a month to USD11.79 a year).

Streaming shows today has indeed been getting more exciting, with shows such as BetCin offering a refreshing take on the lives of the members of the LGBTQ+ community.

BetCin to stream on October 15

The LGTBQ+ community wasn’t always depicted in the mainstream, but thankfully, they are now being given the limelight in movies and web series.

Here are more LGBTQ-themed shows you can watch online aside from BetCin: