Our real-life Darna Angel Locsin has finally found her happily ever after! On 7th August, Locsin and Arce announced through a vlog that they had tied the knot in a civil wedding ceremony in Taguig after postponing their wedding in November 2020.

And while the two could afford to hold their special day in glitz and glamour, they said their I dos wearing laidback clothing instead, especially Locsin who decided to pair her white blazer with jeans and an affordable pair of sneakers.

She wore an Adidas Nizza pair During the wedding ceremony, both of them donned white tops, with Locsin wearing a white tee underneath her white blazer. Arce, meanwhile, was in a casual sweatshirt. Mayor Lino Cayetano presided over the event, while about 10 people witnessed the couple’s exchanges, including Locsin’s best friend and fellow actress Dimples Romana. In their post-wedding photoshoot, Locsin opted to contrast her blazer with a black tee.

This is where we also got to see more of her overall look that’s accentuated by a pair of white sneakers – she wore a pair of thick-soled Adidas Nizza platform shoes in cloud white that only retails for P3,300 (~USD65.48). We definitely stan a queen who can rock any shoes or apparel whatever the price!

In her Instagram post, Locsin shared a funny conversation between her and Romana in which she alluded to her choice of wearing simple jeans and even joked that she could wear a pair of slippers. “Pants lang mars. Kung ano lang ang suot mo. Kahit naka-slippers (Just pants, mars. Whatever you wear. Even slippers),” Locsin captioned. 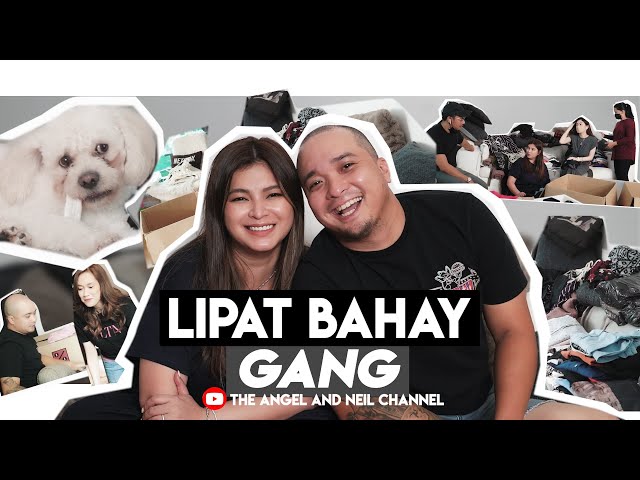 Locsin and Arce officially revealed their wedding to fans through a vlog casually titled “Lipat Bahay Gang” released on The Angel and Neil Channel on 7th August.

A huge portion of the vlog showcases the couple packing their things and discussing relationships with their friends. But at the latter part of the vlog, they caught everyone by surprise when a caption that says “Oh by the way… since filming this vlog, we decided not to wait and just do it. We got married!!!” suddenly flashed by. It was then followed by photos taken during their wedding.

Congratulations to the two!

The road wasn’t exactly smooth leading up to the day of Locsin and Arce’s wedding, but we’re glad the two just finally tied the knot. After years of being together and traveling the world, they now will experience the life of a married couple.

Here’s hoping for the pair’s happy and lasting marriage. Go! Go! Dimsum Delivers Ready-To-Cook Chinese Food So You Can Have Hakaw & Xiao Long Bao During ECQ
Silly Lily Bakehouse in Los Baños, Laguna Has Colorful Croissants That Can Satisfy Your Inner...