Any Filipino who’s big on Christmas will remember waiting for the ABS-CBN Christmas station ID on TV every holiday season. In fact, the TV network’s catchy tunes are so iconic that now bring nostalgia for simpler Christmases.

We’ve also ranked them based on whether we think they’re a bop, so read on to see which of the TV network’s Christmas station IDs we think is the greatest of all time. 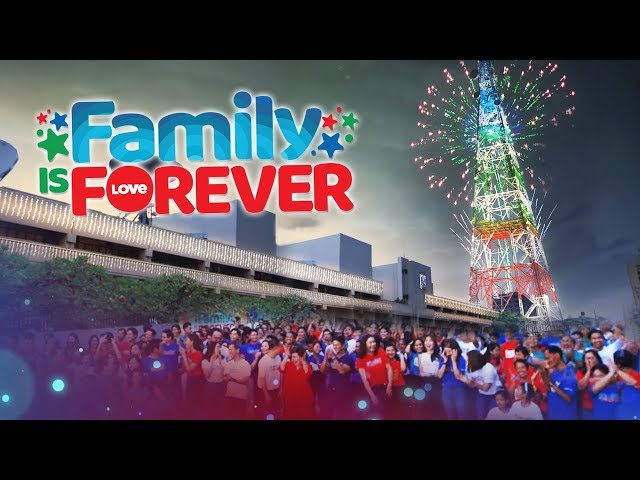 With simple lyrics, the song’s chorus is infectious. The song also used the same formula as ABS-CBN’s 2014 Christmas station ID, being performed by The Voice Kids finalists and coaches Sarah Geronimo, Lea Salonga, and Bamboo. 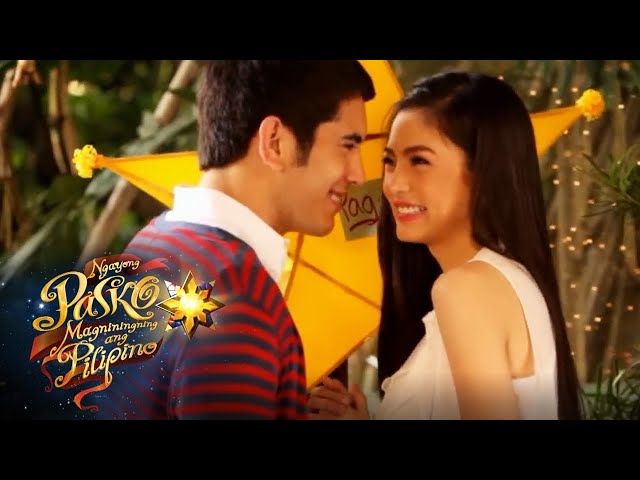 
Ngayong Pasko Magniningning ang Pilipino (2010) is the most chill tune out of all the songs on this list but still has a chorus you’ll find hard to get out of your head.

ABS-CBN’s 2010 Christmas Station ID contains the chorus of the 2009 Christmas station ID Star ng Pasko towards the end, perhaps as a nod to its predecessor’s immense success.

It was sung by ABS-CBN artists Gary Valenciano and Toni Gonzaga and featured the University of Santo Tomas Singers. 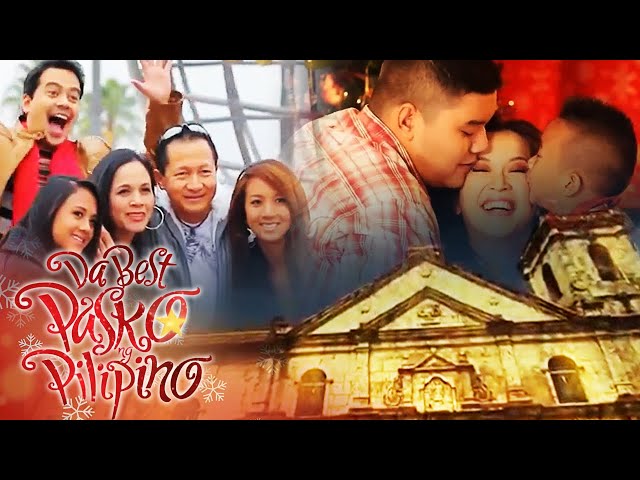 ABS-CBN’s 2011 Christmas Station ID, Da Best ang Pasko ng Pilipino (2011) was sung by then 11-year old Filipino-Canadian YouTube sensation Maria Aragon, who had become famous for her Born This Way cover earlier that year. Aragon was accompanied by the University of the Philippines Concert Chorus. 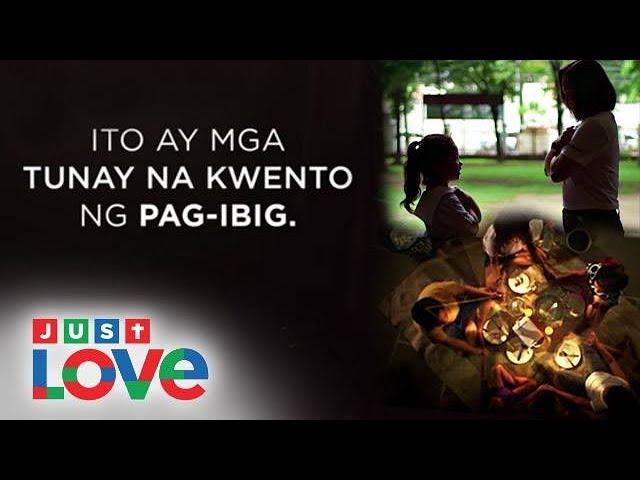 For Just Love Ngayong Christmas (2017), ABS-CBN rounded up their best singers in a crossover more ambitious than Marvel’s Avengers.

While there were many talented singers featured in this track, each had the chance to showcase their voice through the vocal ad-libs scattered throughout the song.

Just Love Ngayong Christmas also has ABS-CBN station IDs’ trademark catchy chorus which, for us, determines if a Christmas station ID is a bop. 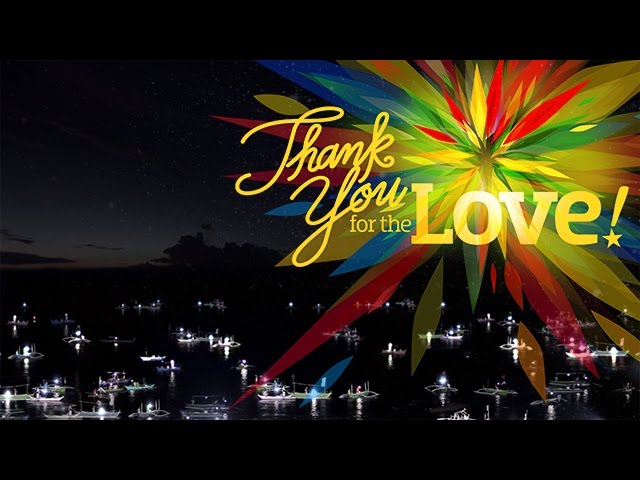 ABS-CBN Christmas Station ID 2015 "Thank You For The Love"

They were accompanied by The Voice Kids Season 2 winner Elha Nympha and her coach on the show, Bamboo.

The “nanana”s in the song’s chorus sound like nostalgic JaDine songs from their 2014 films Diary ng Panget and Talk Back and You’re Dead as well as some of the tracks on James Reid’s 2015 album Reid Alert. 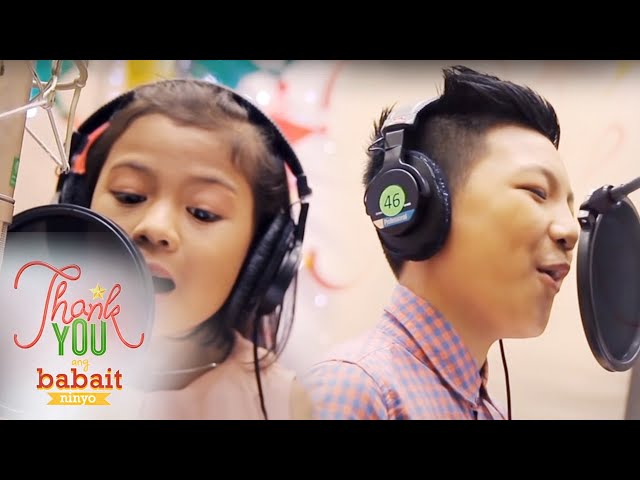 While the group was made up of 10- to 13-year olds, they had some mean harmonization skills which ranked this song in our top 3.

Its catchy chorus is also a bonus, particularly the line “thank you, thank you, ang babait ninyo” that is reminiscent of the carol song sung after you’ve been given money.

Thank You, ang Babait Ninyo and the other songs in our list’s top 3 were even sung as carol songs, which proves just how popular they were even years after their release. 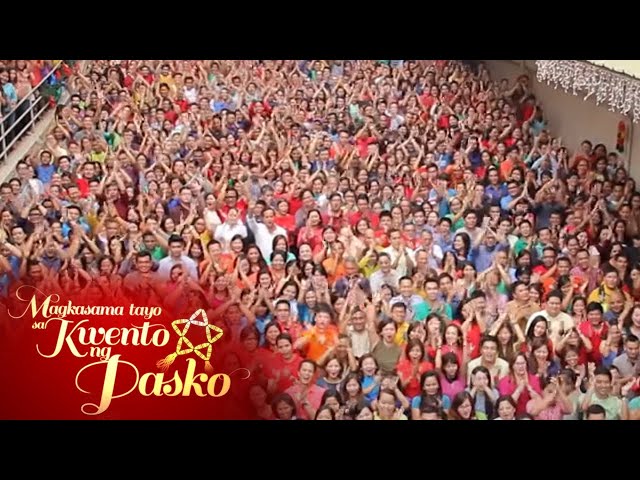 Magkasama Tayo sa Kwento ng Pasko (2013) was performed by the TV network’s vocal powerhouses – The Voice Philippines coaches Sarah Geronimo, Bamboo and Lea Salonga and grand winner Mitoy Yonting whose voice shone in this song. With them were the other The Voice Philippines finalists Klarisse De Guzman, Janice Javier, and Myk Perez.

Though the music video is almost 10 minutes long, you won’t be able to get enough of it especially its chorus even when they’re just repeating it for a whole 4 minutes by the end.

The track doesn’t have an umay factor – which makes you feel fed up with something you’ve had too much of – as it has the perfect amount of enjoyable vocal ad-libs that give it variation. 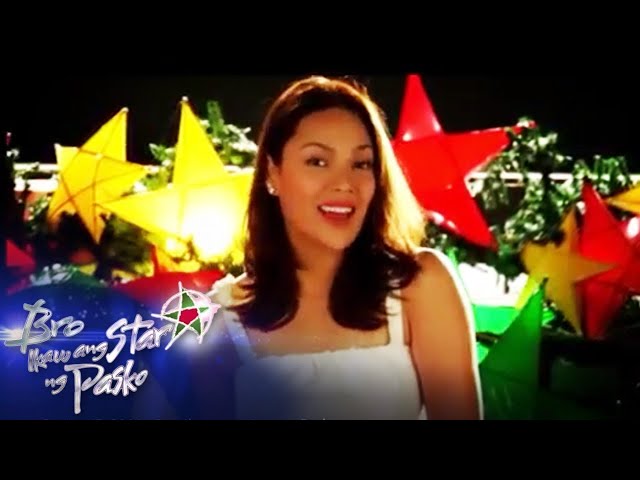 If you ask any Kapamilya – an avid ABS-CBN subscriber – which of the TV network’s Christmas station IDs is their favorite, we guarantee you that their answer will be Bro, Ikaw ang Star ng Pasko, or simply Star ng Pasko, from 2009.

It was one of the first original ABS-CBN Christmas Station ID songs yet it remains the most memorable and nostalgic. The track was performed by KC Concepcion, Piolo Pascual, and various other singers from the Sunday noontime show ASAP.

This Christmas station ID was impactful because the message was timely as Typhoon Yolanda which took many lives especially in Tacloban, Leyte occurred earlier that year. For context, the term “Bro” stands for Jesus, and its usage was popularized by the 2009 religious drama series May Bukas Pa starring Zaijian Jaranilla.

Whether you fully agree with our list of the best Christmas station IDs from ABS-CBN or not, we’re sure this list has reminded you of some of the songs you’ve forgotten. Hopefully, these also remind you of your happy Christmas memories.

While we wait for this year’s new holiday bop from ABS-CBN, you can go ahead and add your favorite old but gold Christmas station ID tracks to your Christmas playlist.