Everyone is familiar with grocery shopping, be it online or in person, as the pandemic has made us realise the importance of keeping our pantries stocked when we’re trying to minimise our outdoor excursions. So when we do hop to the nearest supermarket or hypermarket to restock our fridges, our grocery bills tend to be pretty long and require a quick check to account for all the things that we’ve purchased.

While cashiers do a stellar job of keeping up with items piled up and rolling down the conveyor belt, there are bound to be slip-ups every now and again. Faiz Ibrahim, a Malaysian author, shared how he was charged RM400 for a bag of sago originally priced at RM1.40 while on a grocery run at MyDin, a hypermarket known for their affordable goods.

Quick refund for bag of sago that cost RM400

He took to his Facebook page on 7th April 2021 to share the experience he had while out doing grocery shopping for his mother. He initially did not question the total amount he was charged – a whopping RM890 – as he usually buys enough groceries to last his family around 2-3 weeks so he could avoid making multiple trips to the supermarket. 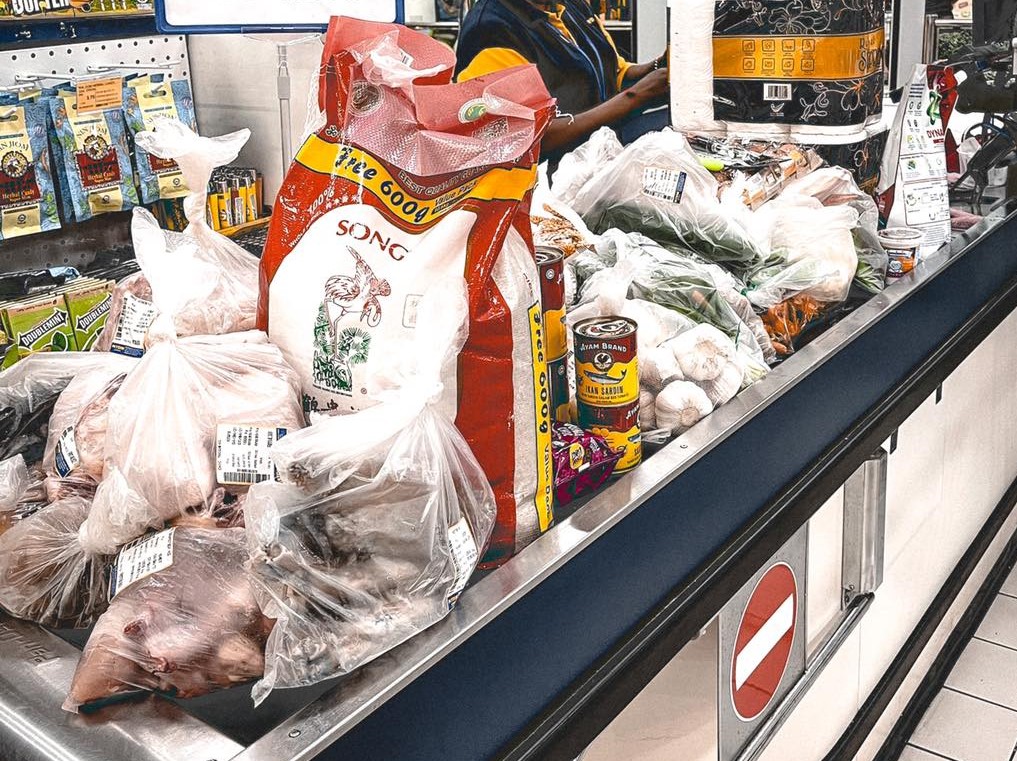 Image adapted from: The Faiz Ibrahim

But the high bill still rang warning bells, as he typically spends around RM400 per trip during previous grocery runs. He decided to check the receipt after paying for his items even though the cashier had also told him that his bill was just a reflection of the things he had bought – which includes several bags of produce, a sack of rice, and more.

When he did so, he found that he had been charged RM400.90 for a packet of sago seeds he had purchased – the label on the packet indicated that he should have only been charged RM1.40. 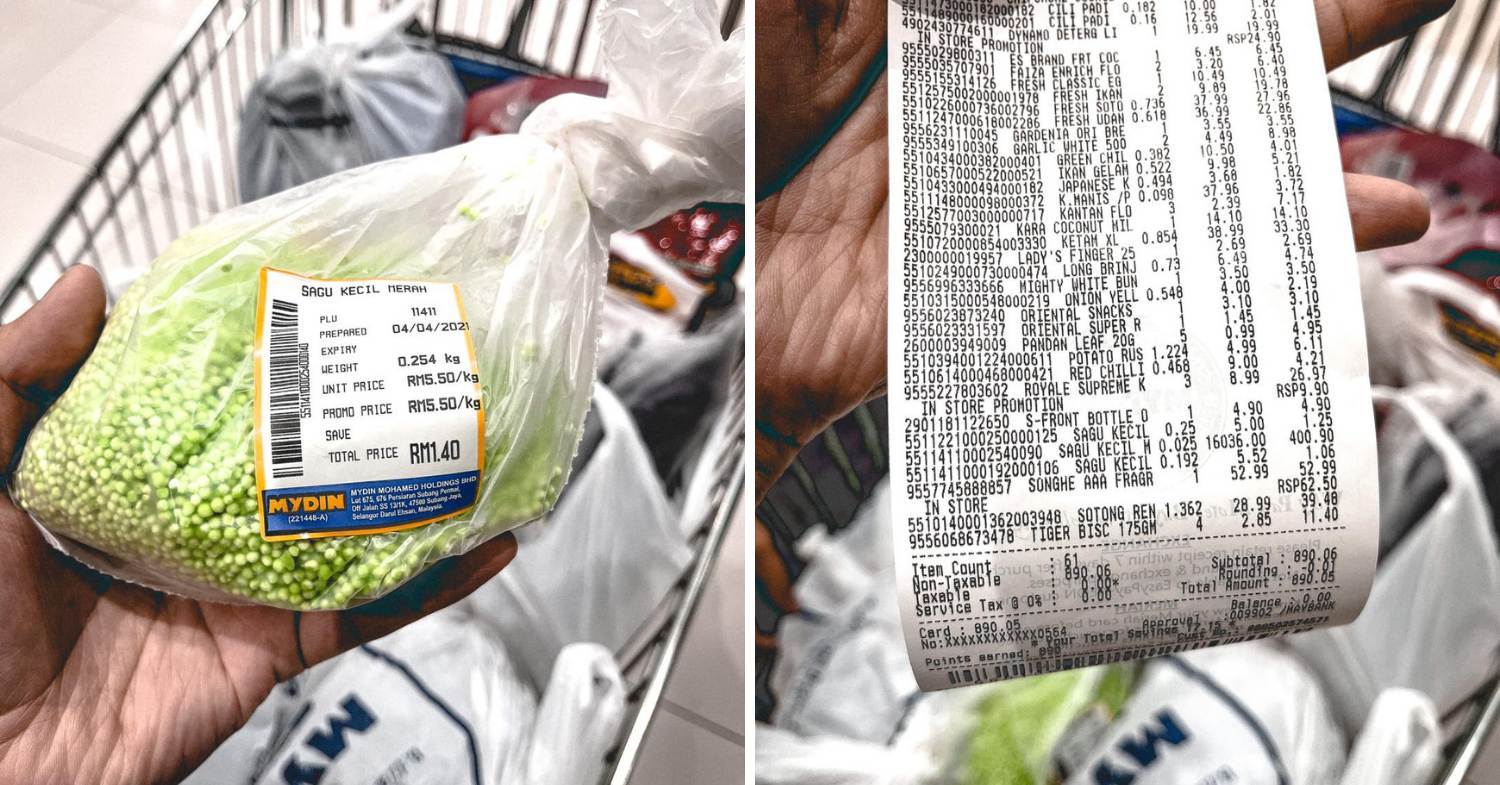 Image adapted from: The Faiz Ibrahim

As the price was not correctly reflected, he went to MyDin’s customer service counter to request a refund, and praised them for promptly accommodating his request.

He also said in the post that he opted to share the incident as a reminder for shoppers to be vigilant, and check their receipts after making purchases at any hypermarket, even if they might be seen as “calculative” or “stingy” while doing so. This is because no one should be paying for what they didn’t purchase, or for prices that are incorrectly reflected.

His post had many Facebook users coming out to share their own experiences of being charged incorrectly for items they had bought, while others simply shared that they, too, check their receipts after making a purchase to account for their items.

This included netizen Syafiqah Mohammad, who shared that a grocery store had charged her for a bag of red chillies even though it was limes that she had bought. She didn’t manage to get a refund or exchange, however, as she said that the staff indicated that it wasn’t their fault. 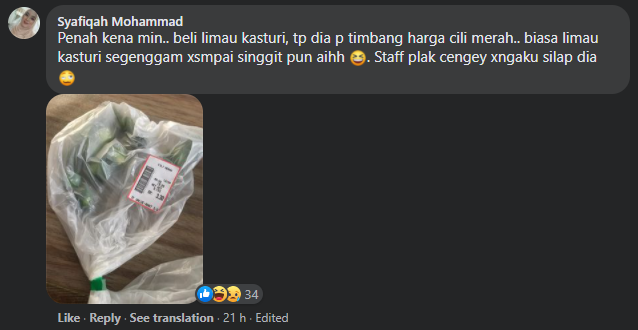 When incidents such as these happen, nonetheless, netizen Annie Lee had another important reminder for all, commenting, “Customers and cashiers should always check receipts. Sometimes weighed items are scanned incompletely, resulting in inaccurate quantity. It’s great if the cashier could catch it beforehand, but it’s not wrong or rude for customers to double-check. Though they say customers are always right, it doesn’t mean that discrepancies such as these should lead to arguments. Resolve issues together, and live harmoniously”.

Man gets charged RM400 for bag of sago

Not everyone enjoys grocery runs, and many of us tend to shop for what we need and leave as soon as we’ve paid for our purchases. Unfortunately, machines are not infallible, and discrepancies in prices between the receipt and labels occur from time to time. Faiz’s experience serves as a reminder to us all to be mindful of our purchases, and to check our receipts if we feel that the final bill amount has not been tallied correctly. 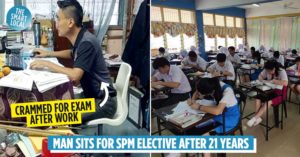 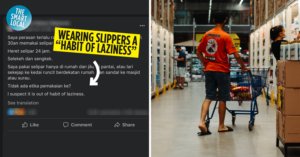