A multiracial country like Malaysia is home to a variety of cultures, customs, superstitions, and beliefs and multiracial harmony is valued by us Malaysians.

Though we live in harmony, serious matters such as funerals, religious festivities, and weddings are usually held in accordance to each race and religion’s traditions. However, a Malay man in Perak decided that compassion is more important than superstition during a time of need so he offered to transport a deceased Chinese back to his hometown for free.

Kuan Chee Heng, otherwise known as Uncle Kentang, is no stranger in playing the Good Samaritan role. He regularly helps those in need and this time, he shared a story of a 32-year-old Chinese man who passed away in Teluk Anson, Perak.

Two days ago on 11th January, Uncle Kentang wrote on his Facebook profile detailing the heart-warming story. He said that the deceased’s hometown was in Melaka and it would have cost a minimum of RM1,600 to transport his body back – a sum that the deceased’s father could not afford. 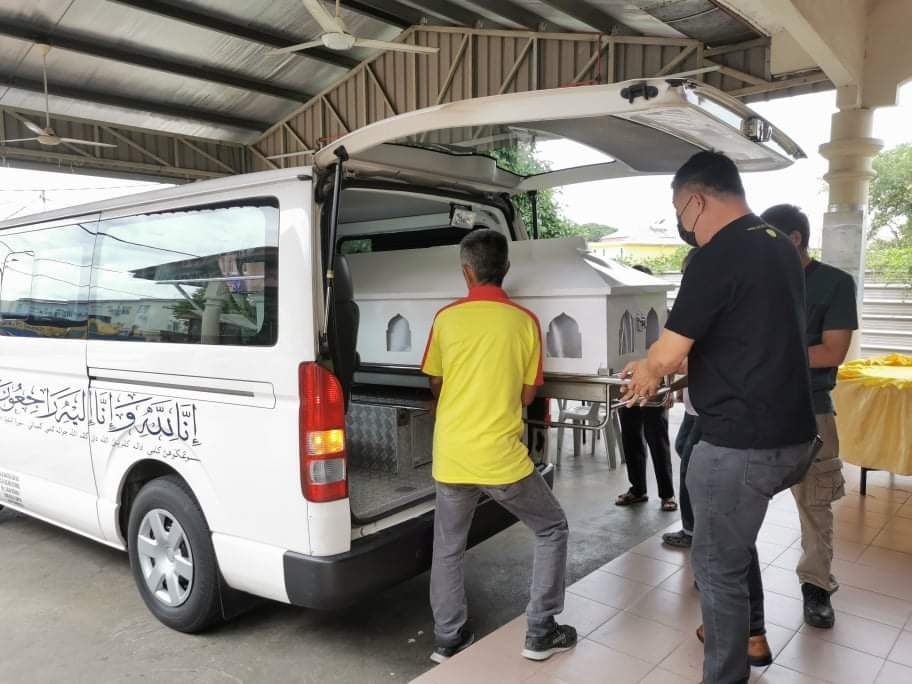 A young Malay man who heard about the news then asked Uncle Kentang if it was all right for him to transport the deceased’s body using a Muslim funeral van. He also offered his services without asking for any payment in return.

The young man proceeded to drive the body from Perak to Puchong – which was where Uncle Kentang was waiting to take over, and bring the deceased back to Melaka where his family was at. The post, which has been circulating wildly on Facebook with more than 14,000 reactions, 1,600 comments, and 1,200 shares at the time of writing, has garnered tonnes of positive comments.

Netizens were incredibly touched by the young man’s act of kindness, and praised his true Malaysian spirit in helping a stranger with such a sensitive matter irrespective of religious differences.

Facebook user Eriy Ranjer expressed in Malay, “This is Malaysia. We’re a multiracial society that helps each other out, regardless of the distinctions. It has been our practice for a long time.”

Pakwancik Kassim also echoed a similar sentiment. His comment translated from Malay read, “It’s good to help out whenever you can, with a sincere heart and for humanity. After all, the act of humanity doesn’t distinguish the differences between races and descents.”

Meanwhile, netizen John Fabian joined the list of hundreds of commenters who applauded the young Malay man. Fabian wrote, “Well done, bro. This is what you call a true Malaysian.”

There are many heart-warming instances of Malaysians going the distance to help a stranger out, like that time when Uncle Kentang himself picked up a Sarawakian man who tried walking 80km to the airport and gave him RM200 for extra expenses. During tough times like this, small acts of kindness can do wonders to lift the community’s spirits, so we say, well done, Malaysians.