CMCO extended in 6 states, including KL

COVID-19 cases in Malaysia have been surging past the 2,000 mark for 13 consecutive days now, with 2,733 confirmed cases recorded today, 27th April 2021. To step up the fight against the pandemic, the Conditional Movement Control Order (CMCO) has been extended in 5 states – KL, Selangor, Penang, Johor, and Sarawak – with Sabah also now under the CMCO.

The CMCO in these states was slated to end on 28th April, but will now restart on 29th April for another 2 weeks, and end on 17th May.

Extension of CMCO from 29th April to 17th May

Of today’s total daily confirmed cases, Selangor recorded the most cases – 750 – while Kelantan had the second highest (484), followed by Sarawak (432). Meanwhile, KL (377) and Johor (220) also recorded cases in the hundreds.

11 new clusters were also reported, with a total of 367 clusters currently active in the country. Also today, Senior Defence Minister Datuk Seri Ismail Sabri Yaakob announced in a press conference that the CMCO will be extended in 5 states – Selangor, KL, Johor, Penang and Sarawak. Sabah, which was previously under the Recovery MCO, has moved under the CMCO too.

Meanwhile, 6 states remain under the RMCO. These states are Perak, Kedah, Melaka, Negeri Sembilan, Terengganu, and Perlis. Federal territories, Putrajaya and Labuan, will undergo another round of RMCO as well. Likewise, all districts in Kelantan will remain under the MCO till 17th May.

Interstate travel is still not allowed, while interdistrict travel is allowed in all states except for Sabah and Sarawak.

With Hari Raya just around the corner, authorities are said to be making surprise door visits to households during the festive season. This is to deter interstate travel as it is still not permitted nationwide, as reported by The Star on 21st April.

If caught, individuals will have to show their approved interstate travel forms.

However, the basis for approvals have since been tightened by authorities, with interstate travel now only permitted between Monday to Thursday. In the case that individuals wish to travel from Friday to Sunday, approvals will be granted only for emergency cases, death, and long-distance relationships for married couples.

In the press conference, Datuk Seri Ismail Sabri Yaakob noted that more SOPs for Hari Raya will be announced soon.

CMCO extension in 5 states, and Sabah, till 27th May

It’s tough times for Malaysians having to be separated from their family members during festive seasons such as Hari Raya. But in order for COVID-19 cases to drop in Malaysia, it seems only necessary to have safety measures in place to help bring cases down as soon as possible. 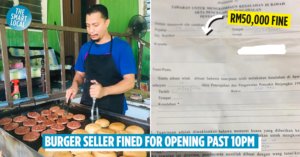