Yoo Jae-suk, the nation’s MC, is great at sharing his views and making difficult situations comfortable. However, in TvN’s new variety show Sixth Sense, Yoo Jae-suk is challenged by the trickiest conversation topics and unexpected situations, posed by 4 women whose boldness knows no end. Each week, cast members are presented with 3 places or people – out of which they have to identify the fake. While the weekly mission seems easy, things are not as straightforward for Yoo Jae-suk, who gets caught between the 4 ladies’ TMI talk and Konglish moments. The 1st episode, which aired on 3rd September 2020, gave viewers a teaser of the dynamics between the cast members. Right at the start of the episode, Jae-suk commented on how long and tiring the opening was. From bowel movements to breast implants, Jessi brought up various TMI topics that started risqué conversations between the ladies and left Jae-suk at a loss for words. In a segment where they were talking about who had dated the most, So-min and Na-ra pointed at Jessi. This made her reveal that she has only dated 5 people. Yoo Jae-suk responded by saying it’s something a celebrity shouldn’t reveal so easily on TV. The fun continued as cast members used Konglish to respond to Jessi whenever she made comments in English. In particular, Jeon So-min’s Konglish brought laughter to viewers as she constantly tried to sound tough using phrases like “shut up”, but ended up sounding cute instead. Yoo Jae-suk was not the only one drawn into awkward situations. Their first guest, actor Lee Sang-yeob, was also shocked by the ladies’ unique personalities – starting from Jessi’s inability to remember his name. Even halfway through the episode, Jessi still could not remember his name and mispronounced it as “Sangyeobs” and “Samgyeop”, which made him jokingly ask the staff to give him a name tag. Sixth Sense airs every Thursday, 9PM KST and will have a guest every week. TvN has released a teaser for their 2nd episode featuring Kwanghee as their next guest. 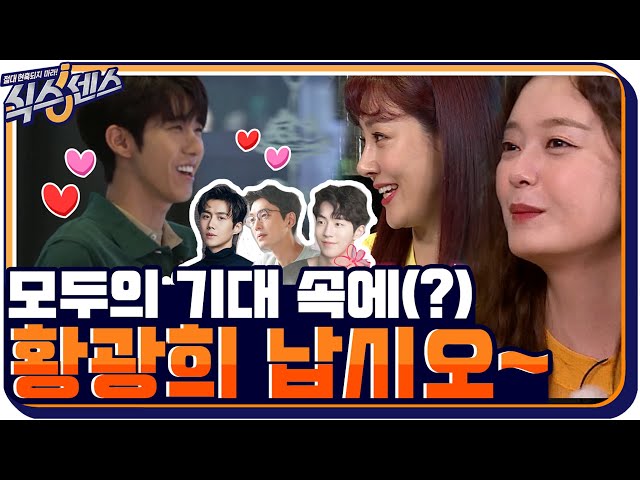 With this refreshing new variety show, we can expect to see organic interactions, interesting conversation topics, and lots of humor. If you haven’t put Sixth Sense on your variety show watchlist, now’s the time to do so.

Check out other Korea-related articles: