Starring first-rate actors Nam Joo-hyuk and Kim Tae-ri, Twenty Five Twenty One is a Korean drama set in the nineties, when the Asian financial crisis crushed the dreams of young individuals.

Here is a review of episode 1 so you can decide whether to watch Twenty Five Twenty One.

Korea suffers the brunt of the Asian financial crisis The drama revolves around Na Hee-do, an aspiring fencer with big dreams, and Baek Yi-jin, the precious heir of a conglomerate who becomes a delivery boy and a comic bookstore manager to make ends meet due to the crashing economy.

In a time where dreams seem out of reach, the two strive to change the trajectory of their lives for the better.

1. Hee-do joins a gang fight and fences with an umbrella The free-spirited 18-year-old Hee-do believes that the Asian financial crisis doesn’t concern her while she trots through protests on the main street.

However, she later learns that her high school fencing team is getting scrapped due to insufficient funding – a ripple effect of the financial crisis. She begs her mother to let her transfer to Taeyang High School as their fencing team hasn’t been dissolved yet thanks to Ko Yu-rim, an Olympic gold medallist who is on the team.

However, her mother dismisses her wishes and tells her to give up fencing and focus on her studies instead. Resolute, Hee-do looks for other methods to get herself expelled from her school so that she would be automatically transferred into Taeyang High School.

One of the methods include setting herself up to be caught in a gang fight. Things get heated when a young man starts attacking a girl, and Hee-do intervenes by fending the man off with an umbrella. The young man tries to defend himself with a sharp glass bottle, but Hee-do deftly strikes it away, leaving the hapless man vulnerable and terrified. She ends the fight in a few moves without breaking a sweat, and has the rest of the girls watching in awe.

When the cops arrive to break up the fight, the overly eager Hee-do makes the mistake of not running away, and they simply brush past her. Hee-do moves on to Plan B – getting caught by the police in a nightclub as a minor. She puts on her mother’s clothes and cakes on makeup in a desperate attempt to look the part of a delinquent. However, to Hee-do’s surprise, Yi-jin is also at the club with a few of his old acquaintances. As the nightclub goers try to get Hee-do drunk, Yi-jin offers to drink in her place and makes excuses to get her out of the sticky situation. As a last resort, Yi-jin sounds the fire alarm to make everyone in the nightclub evacuate the premises so that Hee-do wouldn’t be harassed by his acquaintances. Yi-jin drags her out of the club and tries to knock sense into Hee-do, but she is annoyed at him for foiling her plans.

It’s here that Hee-do opens up about her fear of losing her ability to fence. But since Yi-jin is used to losing the things he loves, he advises her to come up with a better plan if she wants to succeed. After her failed attempts at getting expelled, Hee-do looks for Taeyang High School’s fencing coach, Yang Chan-mi, to prove her fencing skills.

Without any warning, Chan-mi tosses an apple she had been eating up in the air, and Hee-do swiftly stabs it with her sword. With that, she passes the coach’s first test. To test Hee-do’s luck, the coach puts her through a second test – heads or tails. However, all the odds were against her, and Hee-do fails every round. After using all of her coins and even betting with her shoes, Hee-do is unable to accept the outcome and throws a fit in distress.

Thankfully, due to Hee-do’s sheer will and tenacity, Chan-mi allows her to enrol in Taeyang High, where she can finally fence with her idol, Ko Yu-rim.

Based on what we see in episode 1, the colourful 90s nostalgia adds a veneer of fun to the intriguing premise of Twenty Five Twenty One, and the ups and downs of the characters’ lives are relatable and emotional.

Nam Joo-hyuk and Kim Tae-ri’s perfect execution of comedic moments in episode 1 of Twenty Five Twenty One make the drama engaging and easy to watch, even though it is interwoven with a strong message of grit and endurance. Catch Twenty Five Twenty One on Netflix to revel in the charm of this heartwarming drama. 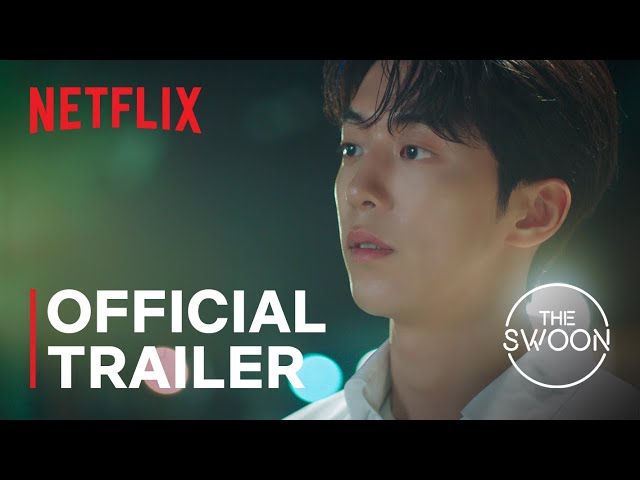 All Of Us Are Dead Review: What We Loved About It & What Could Have Been Better
12 Park Hyung-sik Facts About The Noona Killer, From Getting Bullied To Almost Joining JYP